We love to eat.  ALOT.  Sure, we like a healthy, earthy salad just as much as the next guy, but some of our favorite dishes are those that speak to our inner “fat kid.”  You know the ones I’m talking about…rich, decadent, over-the-top.  Here are some of our favorite indulgent dishes from around Jax. 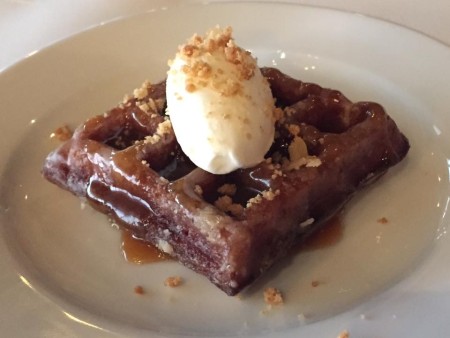 How does one describe a wonut?  There really aren’t words.  Wonuts arrived on the food scene a few years ago in Chicago and we rejoiced when we found them by accident on the dessert menu at Orsay.  Wonuts marry the best qualities of a donut and a waffle to create a little bite of heaven.  Orsay changes the flavors of the wonuts daily so it’s always a unique treat. 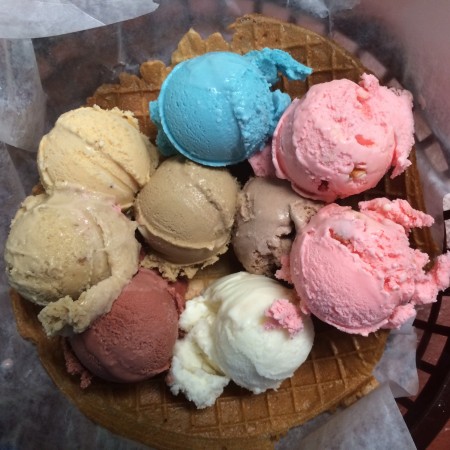 A and J’s Old Fashioned Ice Cream offers up 10 flavors of ice cream daily.  Each one is churned up in a 1920’s barrel ice cream maker that was still churned by horse prior to landing at A&J’s!  Enjoy flavors from Thai Orange to Chocolate Cheesecake to Sour Cream Walnut Spice.  Can’t choose just one flavor?  That’s where the 10 flavor sampler comes in.

Part of Town: Locations on the Northside, Arlington, and Downtown

If you’re going to try the Monster Burger at Blue Boy Sandwich Shop, you might as well take the Monster Burger Challenge.  The Monster Burger is a two pound burger patty on Blue Boy’s baked fresh daily bun, with toppings and a side of fries.  The burger is the size of a dinner plate.  This dish could literally feed a family of four.  Or you could order it for yourself and try to finish it in 30 minutes.  If you succeed, you won’t get your food for free, but you will get your picture on the wall and a t-shirt declaring your greatness of conquering the Monster Burger. 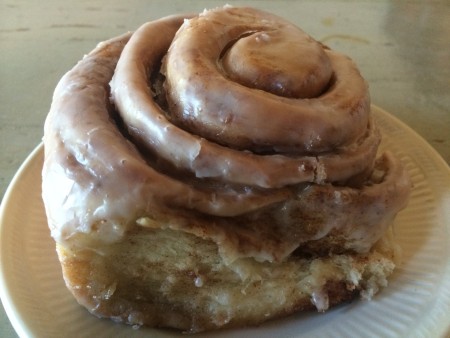 Despite the fact that Sweet Theory uses no dairy, soy, eggs, or peanuts in their bakery, their Cinnamon Roll is the most gourmet cinnamon roll in Jax.  It will ruin you for all others.  It’s huge and heavy, but not the least bit dense.  It is airy and sweet and cinnamon-y without being overwhelmingly rich.  Sweet Theory’s Cinnamon Roll is the most perfect cinnamon roll we’ve ever had. 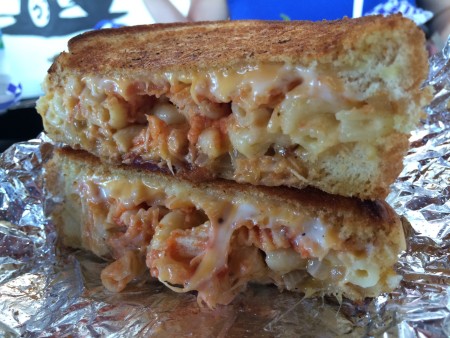 The Happy Grilled Cheese – Daddy of the Mac

The Dish: Daddy of the Mac Melt

Part of Town: Wherever their wheels take them, regularly on Saturday mornings at Academy Sports on Atlantic Blvd.

This is no ordinary grilled cheese.  The Daddy of the Mac Melt is loaded up with American, Cheddar, Mac n cheese, pulled pork, and grilled onions.  Every bite is a party in your mouth. They don’t call this the daddy of the mac for nothing.

Cheddar Tomato Pie comes in an individual size pie.  Imagine a from-scratch version of Red Lobster’s cheddar bay biscuits as a thick pie crust, with fresh tomato and basil hiding inside.  This has the flavor of the best tomato basil soup you’ve ever had, but in pie form.  I don’t know how the folks at Pie Heaven came up with it, but their Cheddar Tomato Pie is a stroke of genius. 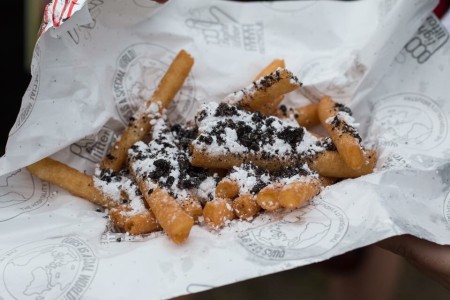 Part of Town: Wherever their wheels take them!

Part of Town: 7 locations across Jax.  Find a location at www.metrodiner.com.

If the name didn’t accurately explain what is happening in this culinary creation, at Metro Diner they take four pieces of buttery, flaky croissant, batter it like French toast, and grill it to crispy perfection.  It is topped with – what else? – powdered sugar.  This is the ultimate fat kid food move: taking something that is bad for you and using it as an ingredient in something even more decadent and bad for you. 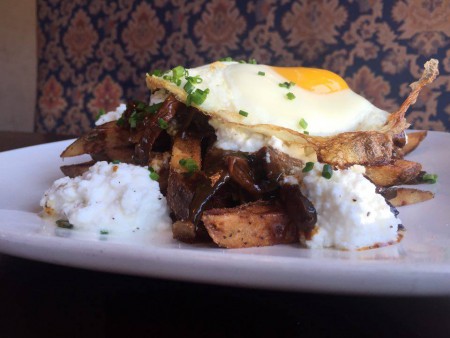 This German spin on a perennial favorite is the ultimate indulgence.  Haus cut fries, pork braten, jager gravy quark cheese, eggs, and bacon.  Everything is better with bacon!  It’s “slap ya momma good!” 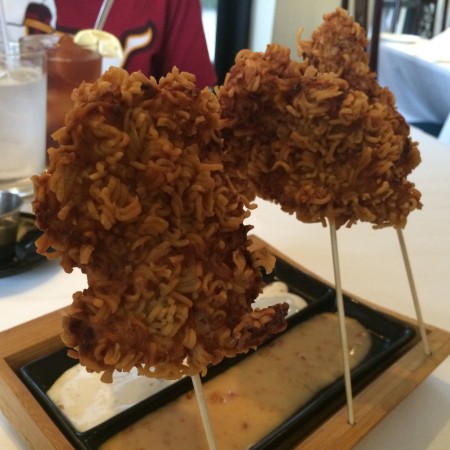 Chef Dennis Chan’s Blue Bamboo serves up this treat fit for a fat kid.  Chicken around the size of a nugget is placed at the end of a skewer, wrapped in ramen noodles then fried to create what we’ve always described as the best chicken nugget you’ll ever eat. 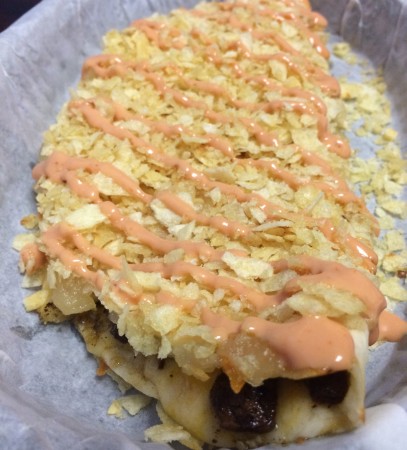 Created by UNF student from Colombia, Shack Maui is one of Jacksonville’s first after-hours restaurants.  They serve of Colombian-style quesadillas and burgers covered in crushed potato chips along with a fantastic pineapple sauce made in-house.  Next time you’re craving something different late at night, a Colombian-style quesadilla from Shack Maui is what you should indulge in. 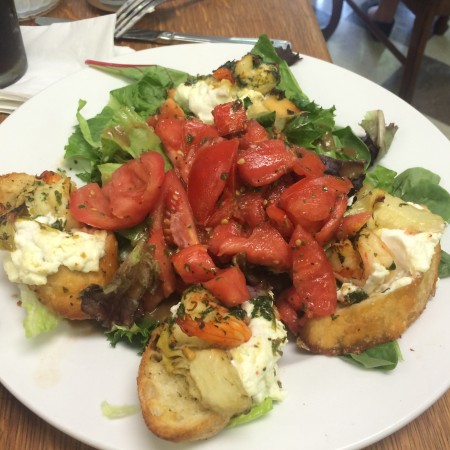 The Dish: Bruschetta of your choice

The French Pantry is known for its amazing breads, which are served by restaurants all over Jax.  Their bruschetta are covered with all sorts of cheeses, meats, and other deliciousness and are the reason folks will stand in line for nearly an hour in the Florida heat to do lunch at this long-time Jax hot spot. 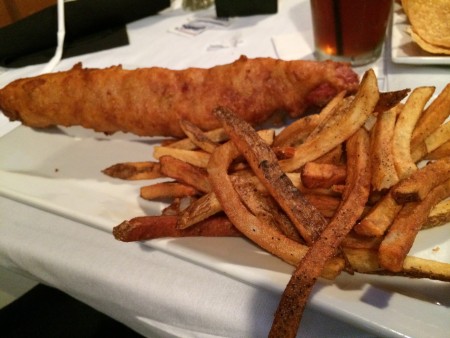 Derby on Park’s footlong hand dipped corndog is an item we have struggled to photograph.  It’s not pretty.  It’s not on a stick.  It is a giant hotdog inside unevenly battered cornbread, due to the handmade nature of the dish.  Frankly, it is a bit of an intimidating, phallic-looking food.  But if you give it a shot and take a bite, you’ll know you’ve struck gold.  This corndog is the richest tasting corndog around.  There’s a sweetness to the corn breading and the whole dish is fatty.  You can nearly feel your cholesterol climbing with each decadent bite.  You can’t possibly finish it.  Nothing calls your inner fat kid like gourmet fair food. 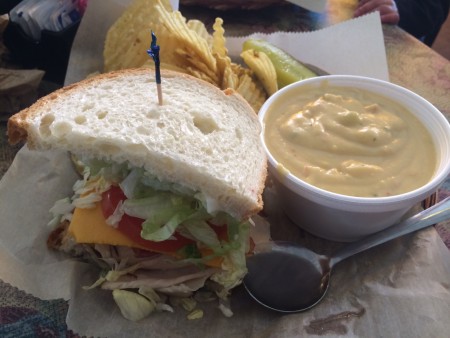 Thick, rich and over the top cheesy!  European Street’s beer cheese soup has set the standard for beer cheese soup in Jacksonville for well over a decade.  If you’re a fan of beer cheese soup this is the spot to for it.  Bonus points for using it as a dip for the wavy potato chips that come with your sandwich!