Today we dropped in at one of Jacksonville’s true hipster havens, Sweet Theory Baking Company.When you ask foodies in the know where to go for great doughnuts, I’d say the chance of them saying anywhere other than Sweet Theory is slim to none. Located at 1243 King Street, Sweet Theory is about a block from the intersection of Park and King in riverside. Prior to this trip we’d actually never been. We could only hear about things like maple bacon and root beer donuts for so long before we had to check it out for ourselves. Take it from us, don’t wait. 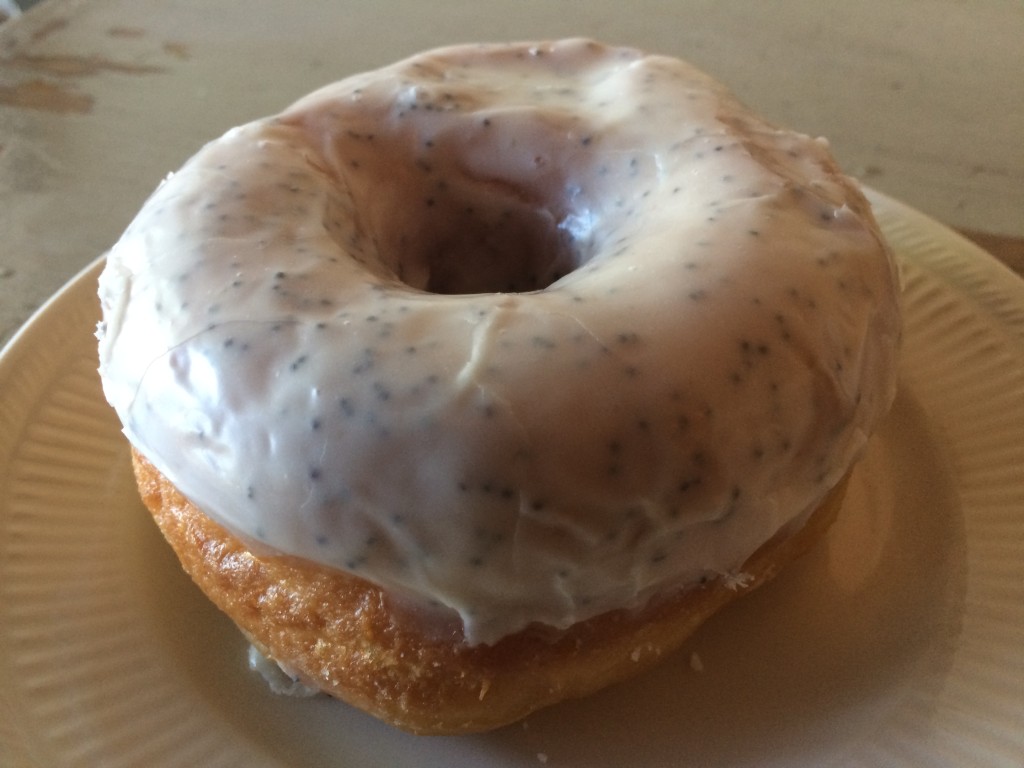 Sweet Theory has folks with food allergies practically dancing in the streets, and we can see why. Not only are they a vegan bakery (nope, that’s not real sausage or bacon on that breakfast sandwich), they are 100% egg, dairy, soy, and peanut free. They also offer a variety of gluten free treats daily. I wondered, As someone who loves gluten, dairy, eggs, and nuts, do they really have something for me? Oh yes! Yes they do! Besides the fact that we don’t have an abundance of bakeries in Jax, Sweet Theory has an even more interesting menu than you’d expect. From from pineapple poppyseed frosted donuts, to coconut bacon and white bean sausage biscuits, to cinnamon rolls, to Brooklyn egg creams, to Italian sodas, to cold pressed coffees and lattes, Sweet Theory will find a way to reel you in one way or another. We tried a couple of donuts, a cinnamon roll, and a bacon and sausage biscuit.The two donuts we tried were maple and pineapple poppyseed. As it turns out, they were both incredible. They were actually so good that we haven’t had any trouble driving past any neon signs proclaiming the availability of warm donuts since our visit to Sweet Theory. The donuts themselves are large, sweet, and rich. They don’t completely squish when you bite into them like inferior donuts do. They’re soft and yeasty with some give, but they don’t deflate like a typical doughnut does when you press on it. The maple icing was awesome. The mild flavor of the marshmallows atop the doughnut nicely complemented the stronger flavor of the maple. Maple Mallow was a killer doughnut. We were surprised at how much we liked the pineapple poppyseed. This one had a sweet mild pineapple taste and just a tiny bit of poppyseed crunch. I can’t explain how, but the bakers at Sweet Theory make an art of perfectly combining flavors.The cinnamon roll was enormous and divine. I’m not even a huge fan of cinnamon rolls, and I did not want to share it. Their roll was one of the better rolls I’ve had. Soft sweet and cinnamoney  just like it should be.So far we’ve talked about yeasty, decadent treats. The thing we kept discussing while eating these morsels of deliciousness was that they contained neither eggs nor butter. How does one create some of the best baked goods in the city without such common ingredients as eggs and butter? We understand vegans like sweets too, sure. But, we’d assume vegan donuts would be a notch or two under non-vegan donuts. We would be wrong. In our opinion they’re a notch or two above non-vegan. 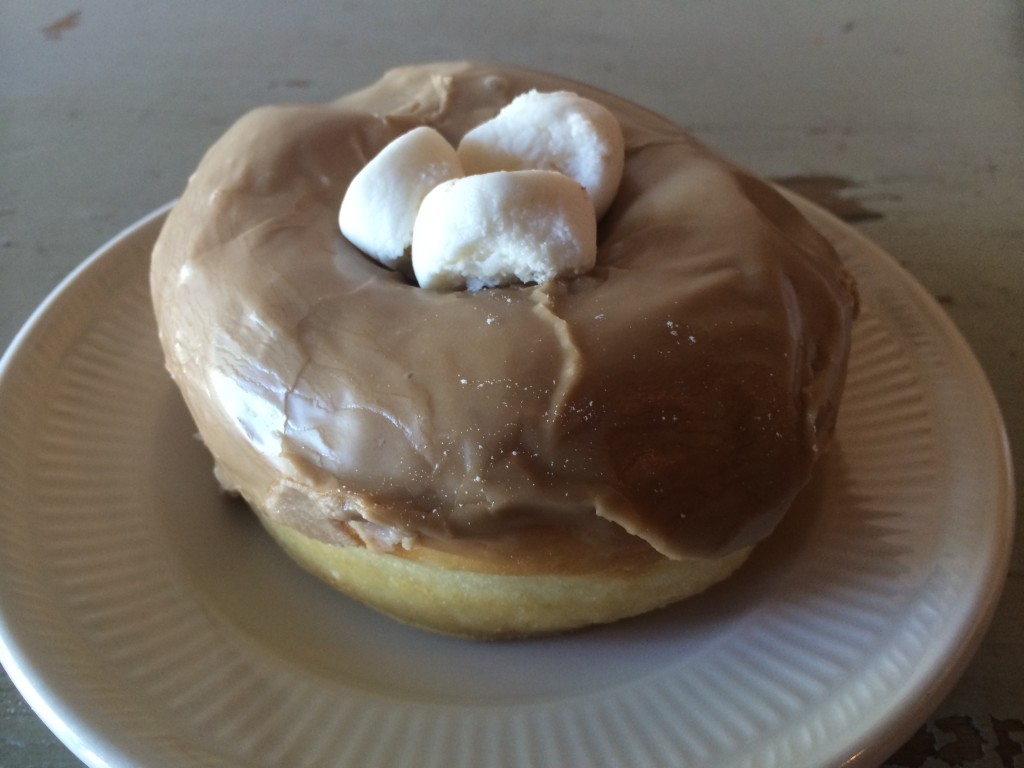 The last item we tried was the coconut bacon and white bean sausage biscuit. As huge carnivores I can’t believe we actually liked this one! When I ordered it I actually forgot I was in a vegan restaurant or I probably wouldn’t have ordered it. It was darn good, vegan “meat” and all. The coconut bacon was chopped, which is probably the only way to present fake bacon. It’s less conspicuous that way. It had a great flavor and texture though. Amazingly, it actually tasted like bacon somehow. The white bean sausage was in the form of a patty. You could see and taste beans when you bit into it, but again the flavor was right. The texture was darn close. I’m not sure how they made non-meat appear and taste so much like meat. Some sort of vegan voodoo. Keep on voodooing, Sweet Theory! 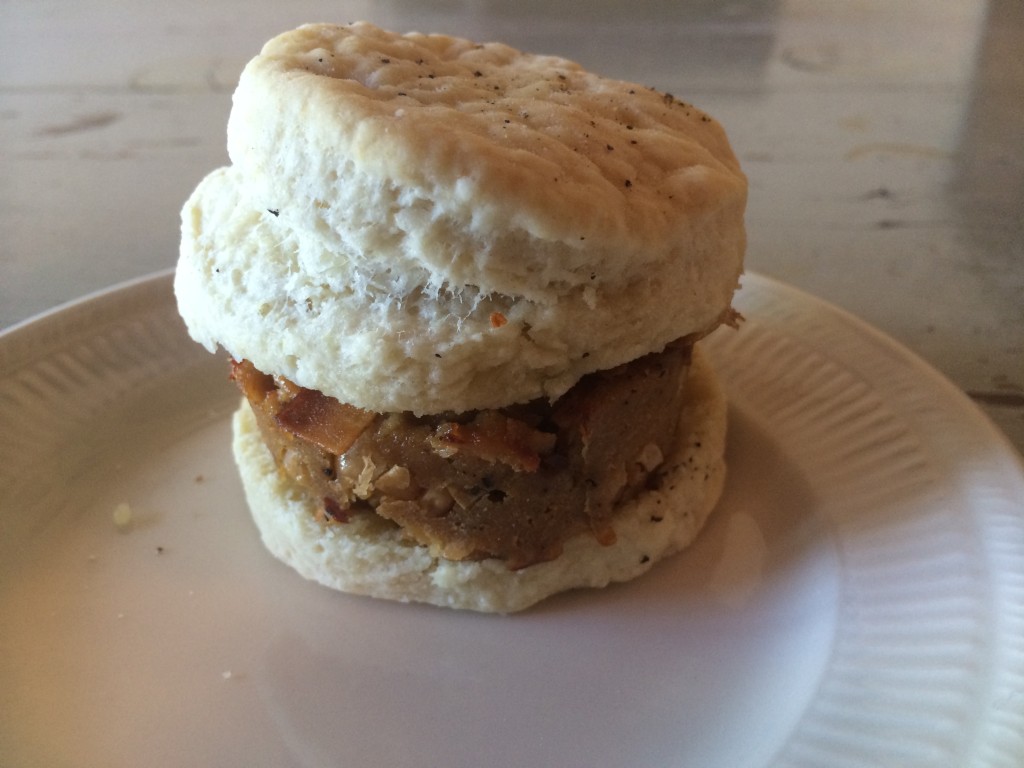 Sweet Theory does have a couple drawbacks. The first is the price. $24 for a dozen doughnuts????!!!!! Yowza! That’s a lot of money for some doughnuts. But, with anything in life you get what you pay for. If you want magical vegan doughnuts there’s a price to be paid. We’d suggest just buying a couple. If you buy a dozen you might eat yourself sick they’re so good. The second drawback is the days and hours Sweet Theory is open. Want a donut before 8am? Nope. They don’t open til 8:30am during the week and 10am on the weekend. Want a donut on Monday or Tuesday? Nope. They’re only open Wednesday through Sunday. 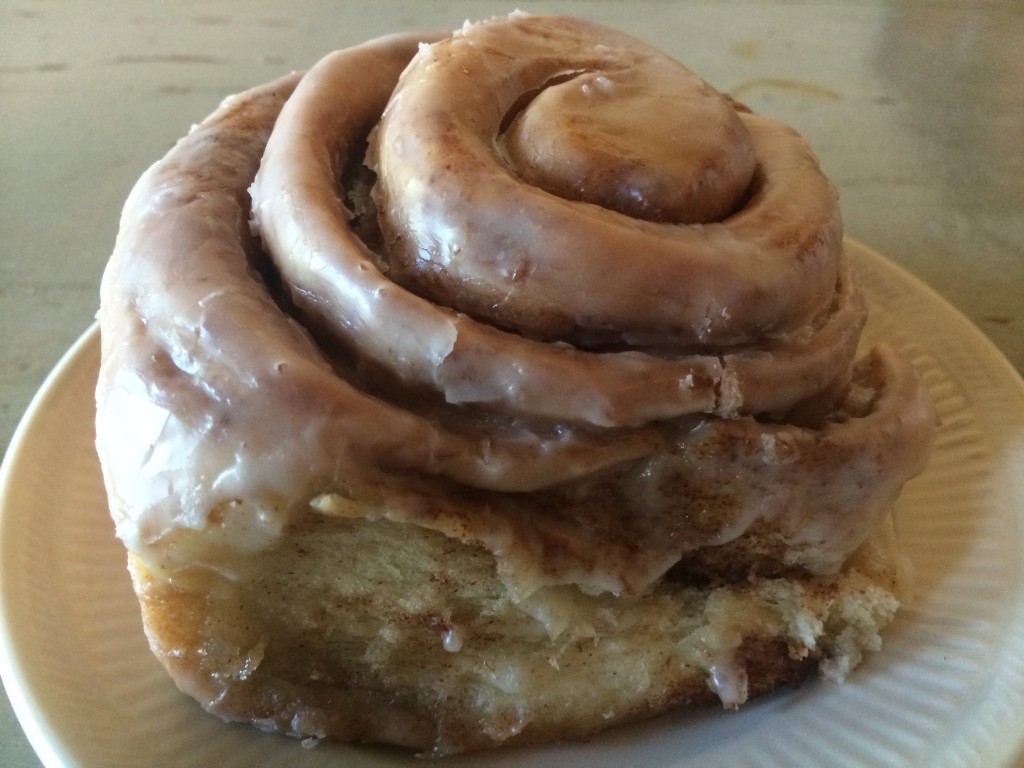 The service at Sweet Theory was good. It’s counter service and there was a steady stream of people coming in when we were there, mid morning on a weekday. Some of the items take a few minutes to prepare, so there was some moderate waiting. Go when you have time to enjoy yourself. We were very pleased with our trip to Sweet Theory. Vegan or not, we’re sure you’re going to love it.