National Donut Day is this Friday, June 3rd.  How will you be celebrating?  Do you know where to find the best donuts in town?  Well no worries, we’ve got you covered.  Sure, you could hit up a chain donut shop for some Donut Day deals.  Or you could head to one of our area bakeries and score some seriously delicious locally-made donuts to help make your Donut Day a little sweeter.  Here are a few of our favorite spots in town for really good donuts:

Cinotti’s – Cinotti’s is a Jacksonville institution whose donuts are hard to beat.  This fifth generation bakery puts out some amazing sweet treats.  Their regular donuts are superb – light, fluffy, and airy.  Their chocolate glazed donuts are also delicious.  The chocolate glaze is much richer than most chocolate donut glazes we’ve tried.  It is a darker chocolate and provides a great depth of flavor on the donut.  Along with great donuts, the whole atmosphere of the place is friendly and inviting.  Walk in and you’ll get a genuine “Welcome to Cinotti’s” greeting and be treated like family.  Cinotti’s is pulling out all the stops for National Donut Day, offering their famous and delicious Pumpkin Donuts for just one day.  Get them while you can because these little beauties won’t be available again until the fall!  Cinotti’s is located out towards the beach at 1523 Penman Road.

Urban Bean – This awesome coffee shop and bakery is located allllllll the way over the bridge in Orange Park, but trust us – it is worth the drive.  Their cake donuts are moist, dense, and serve as a great base for all the delicious toppings they have in rotation.  Their Strawberry Glazed is especially tasty, as is the Maple Bacon.  My favorite is the White Chocolate Cardamom.  It has the sweetness of white chocolate, but with the addition of cardamom for an interesting spiciness and an extra depth of flavor.  Urban Bean also brews up some yummy coffee creations to pair perfectly with your donuts.  And if you’re in a hurry, fear not – they have a drive-thru!  Urban Bean can be found at 2023 Park Avenue in Orange Park. 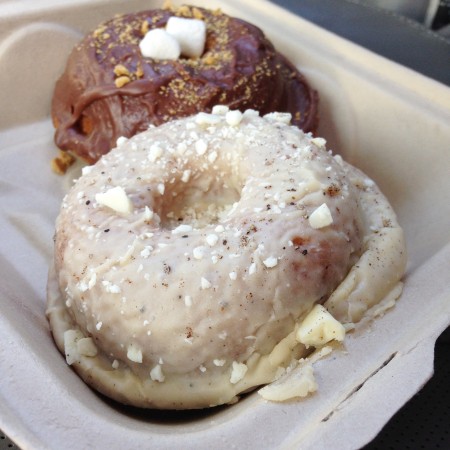 Sweet Theory – When you ask foodies in the know where to go for great donuts, chances are Sweet Theory will be towards the top of their list.  This is especially true for foodies who have dietary restrictions.  Not only is Sweet Theory a vegan bakery, they are 100% egg, dairy, soy, and peanut free.  They also offer a variety of gluten free treats daily.  Their donuts are large, sweet, and rich.  They’re soft and yeasty with some give, but they don’t deflate like a typical doughnut does when you press on it.  Gluten or not, these donuts are delicious.  We are especially big fans of the Pineapple Poppyseed, but really, they are all amazing.  Sweet Theory is located at 1243 King Street. 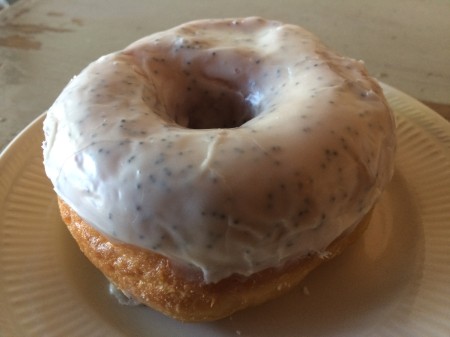 Donut King – This family owned donut shop started out in Dallas, Texas in the early 1970s before moving to Jacksonville.  And lucky for us!  Donut King bakes up fresh, handmade donuts that are flavorful and light.  Their menu includes standard glazed donut options as well as a ton of cake donut flavors.  One especially tasty choice is the Glazed Croissant, basically what would happen if a croissant and a donut had a baby.  The pink-trimmed building on Normandy Boulevard is hard to miss, but get there early because quantities are limited and they tend to sell out quick!  Donut King is located at 5880 Normandy Boulevard.

The Donut Shoppe – The Donut Shoppe has been serving customers in Arlington since it opened its doors in 1962.  This is a true Jacksonville staple.  They open bright and early everyday at 5am and serve delicious donuts until they sell out.  You’ll have to show up early if you want to get some of this sugary goodness!  The “Ugly” also known as an apple fritter, is one of their most popular items.  Some apple fritters have big chunks of apple in them and the apple flavor becomes a bit overwhelming.  This one has a wonderful light apple flavor, a nice crunchy outside and soft inside.  It is a delight to enjoy.  Even their standard glazed donuts are pretty darn good.  But lets take a moment to discuss their donut twists.  Most places basically twist a glazed donut and serve it up so you’re essentially getting a larger glazed donut.  At The Donut Shoppe they twist and glaze a cake donut.  It’s beyond amazing.  You can find these amazing donuts at 1535 University Boulevard North. 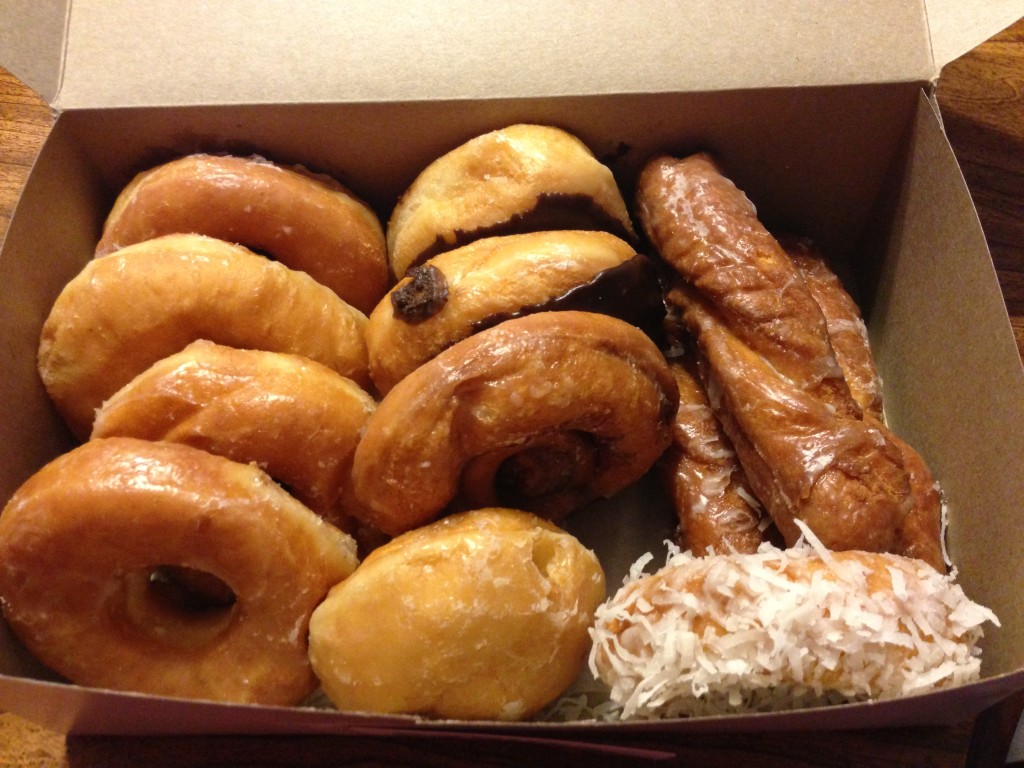