Bleu Chocolat
Neighborhood: Springfield
Chef Erica Kline one of the stars of the Food Network series Top Chef Desserts had two successful eateries on the island of Tortola. When the hurricanes came through and destroyed them she was left to regroup and build a new route forward. Tortola’s unfortunate loss became Jacksonville’s gain. Chef Cline has joined to other pastry chefs to open a restaurant, bean to bar chocolate and dessert shop, and wine bar in the space that formerly housed Three Layers Cafe.
Expected opening date: End of October 2018

Catullo’s Italian
Neighborhood: Intracoastal West
Everyone’s favorite Italian food truck is turning into a brick and mortar store and diners have been waiting patiently for the buildout to be completed. The Catullo brothers have been working tirelessly for the better part of a year on this project and their restaurant is one of the most highly anticipated in the Jax food scene.
Opening Date: November

Springfield Unite
Neighborhood: Springfield
One of the owners of European Street Cafe has purchased former auto repair shop on main street in Springfield where he’s planning to open a soft serve shop that will serve up the sweet treat plus beer and wine.
Expected opening date: Sometime next year 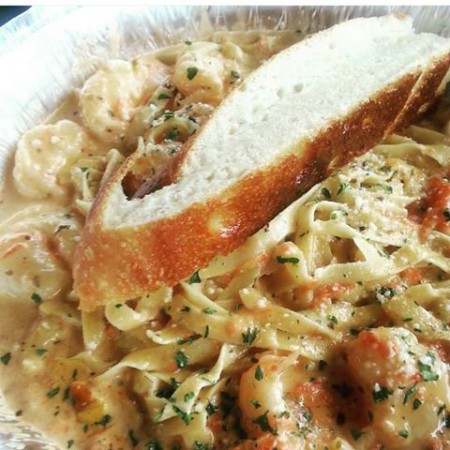 Keke’s Cafe
Neighborhood: St Johns Town Center
This breakfast and lunch chain is soon to open in the Strand next to the St John’s Town Center, near PGA Tour Superstore, Best Buy, and Hobby Lobby.
Expected opening date: before the end of the year

OP Fish House and Oyster Bar
Neighborhood: Orange Park
This spot on Kingsley Avenue is finishing up some construction before opening. Created by the owner of Seafood Kitchen in Atlantic Beach, locals are looking forward to the fresh seafood and chic, coastal setting.

Nudo Vietnamese
Neighborhood: Mandarin
This new Vietnamese place is opening in Mandarin. We don’t have any additional info to share for now but will fill you in when more becomes available to us.

Treylor Park
Neighborhood: Nocatee
One of Savannah’s hottest restaurants has made its way down to Jax and by down to Jax we mean way down….as in south of town in the Nocatee area. The airstream trailer themed Treylor Park restaurant offers up the familiar in unfamiliar ways. They’re known for their peanut butter and jelly wings along with their chicken and pancake tacos. We went to the media event and fell in love with this place. It’s well worth the drive to Nocatee. 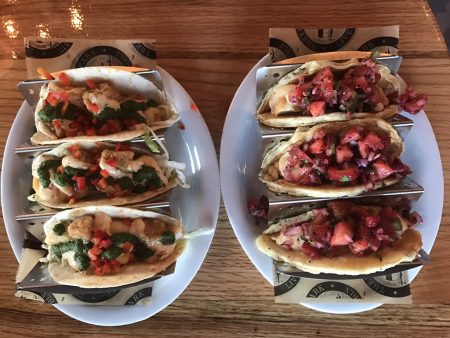 Coop 303
Neighborhood: Atlantic Beach
From the owner of Al’s Pizza and The Flying Iguana comes Coop 303, one of the most talked about new restaurants this year. Open just a couple of months Coop 303 features traditional classic Southern dishes with a modern twist. With two floors of dining and sipping with three unique rooms plus relaxing outdoor patios Coop 303 is a great space with fun small plates and entrees that are a fun take on southern cuisine.

Empanada’s Factory Latin Fusion
Neighborhood: Southside
Empanada’s Factory really is a fusion of Latin American cuisine with menu items inspired from Argentina, Colombia, Cuba, Guatemala and Peru. They have two kinds of empanadas- Colombian and Argentinian with any number of meats, cheeses, or veggies for filling, plus real cuban coffee, dessert pastries, and entrees like Churrasco steak. 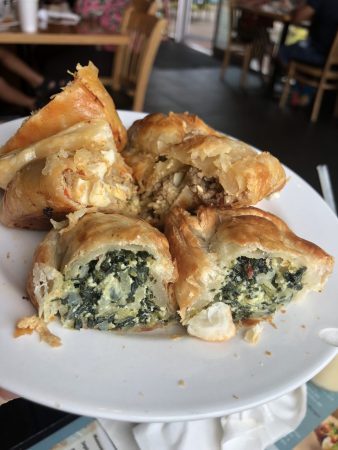 Derby On Park
Neighborhood: Five Points
This Jacksonville gem has changed ownership yet again and has been remade into a concept that will hopefully remain a Jacksonville gem for years to come. The new ownership hails from nearby Bread & Board. This iteration of Derby on Park features specially curated ingredients from farms and purveyors to create dishes that not only sound good but taste even better. The huge covered patio is still in heavy use, and the cocktails have never been better.

The Blazin’ Buffalo
Neighborhood: Wherever their wheels take them.
What’s not to love about fries topped with fried chicken tenders and killer sauces? The Blazin Buffalo recently took to the streets offering up their fried goodness. Did we mention they have fried mac n cheese bites? Yes, yes they do. Follow them on social media to find their next location.

Khloe’s Kitchen
Neighborhood: Wherever their wheels take them.
Khloe’s Kitchen is a new food truck hitting the streets serving southern inspired modern cuisine created by a classically trained chef. You might have seen them at RAM recently.

Back to the Grind Mobile Cafe
Neighborhood: Wherever their wheels take them.
Coffee, cold brew, espresso drinks, smoothies, milkshakes, and fresh fruit parfaits are what you can find on the Back To The Grind truck. The banana pudding milkshake looks divine! 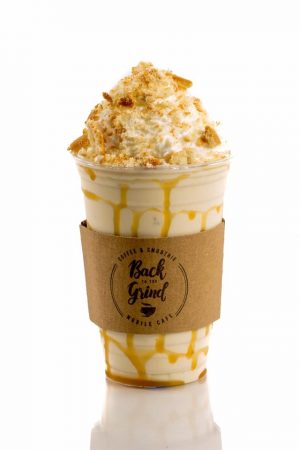 Back To The Grind Mobile Cafe Banana Pudding Milkshake

Cousin’s Main Lobster
Neighborhood: Neptune Beach
The lobster roll spot of Shark Tank fame has come to Jacksonville. Cousin’s offers both hot and cold lobster roll options and lobster bisque plus lobster grilled cheese and a few other options. At $16.50 per small roll it isn’t cheap but folks were lined up out the front door and down the sidewalk on opening week.

Rice and Noodles
Neighborhood: Regency
Rice and Noodles serves up Korean favorites like Bibimbop, Japchae, and bulgogi. On our one quick visit the food was solid and the service was excellent. We will warn you, don’t roll up at 9pm expecting to be served. They close at 8pm.

Modu Ramen
Neighborhood: Southside
Located on Baymeadows road Modu Ramen is another entree in what is quickly becoming a crowded Jacksonville Ramen space.

Vale Food Co.
Neighborhood: Riverside
Located in the Brooklyn area of Riverside small Florida chain Vale Food Co. brings its healthy build a bowl concept to Jax. Pick a base like brown rice, noodles, or salad, a couple of meats, some veggies and you’re ready to rock. They also offer acai bowls, tuna poke bowls and a few other options. To drink there’s alcohol or healthier drinks and sodas.

Bonchon
Neighborhood: St Johns Town Center
Bonchon is an international brand originally hailing from Busan, South Korea. They specialize in Korean fried chicken, which is a crispy crunchy dish all its own. Bonchon also offers some traditional Korean dishes and some fusion dishes. Korean food is spicy, but there are plenty of options at Bonchon that won’t burn your face off if you are sensitive to spice.

Domu
Neighborhood: Town Center
One of Orlando’s hottest ramen spots has come to Jax! Domu offers ramen folks are raving about plus lots of fun Japanese small plates and a daily soft serve offering that spans a whole lot of fascinating flavors you don’t see every day. The dining room is small and the place stays packed so if you want to dine without a wait make sure to arrive before they open and get on a list. They take no reservations and there’s no takeout.

Sushi One Two Three
Neighborhood: Jax Beach
Sushi One Two Three is the latest entry in the all you can eat sushi category. We went from no AUCE sushi spots a few years ago to at least a handful today. This new Jax Beach spot charges just $11.99 for lunch and $17.99 for dinner. They offer 100+ rolls to choose from all included for one price. Make sure you eat everything you order though or you’ll be charged 50 cents per piece for anything left over.

Jumpin’ Jax House of Food
Neighborhood: Atlantic/Neptune Beach
Rumor has it Jumpin Jax House of Food is opening its second location on Atlantic Blvd at the beach. Jumpin’ Jax is fast casual with offerings like soups, salads, sandwiches, pizza, and crazy huge milkshakes.

Zoners
Neighborhood: North Mandarin
Located on Old Kings Road Zoners has joined the Jax pizza scene. Zoners offers pizza, wings, chicken and waffles, lasagna and more. The item on their menu that caught our eye most was the cheesecake waffle sandwich dessert. Sounds like pure magic!

Fuzzy’s Taco Shop
Neighborhood:Southside
This Texas based taco shop has 100 locations across the country. They’re known for their baja style tacos and frozen margaritas. The thing that may set this place apart among the sea of taco spots popping up all over town is they typically open at 7am and serve breakfast. Who doesn’t enjoy a breakfast burrito every now and then?