A hot new restaurant is headed to downtown Jax and we’re pretty sure you’re going to be excited about it. That restaurant is 3 simple letters, MLG. MLG is a Chicago-based upscale New American style restaurant set to open a location in the former Candy Apple Cafe space before the holidays. MLG is owned by investor Marcus Lemonis. You may be familiar with him from CNBC’s “The Profit” television show, and also as the investor who joined local candy shop Sweet Pete’s as a part owner and made them a national brand. Marcus Lemonis owns the Seminole Club building, where Sweet Pete’s is located and where Candy Apple Cafe formerly operated. 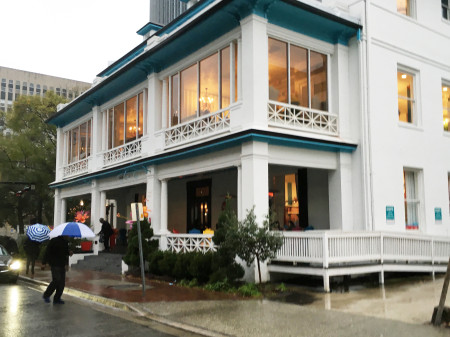 Candy Apple Cafe closed recently due to issues with the building which they stated they could not financially recover from. We have heard from former employees that large holes had opened up in the floor in a service area, and that Candy Apple had been plagued by building issues. The Seminole Club was built in 1903. Old buildings typically need a great deal more upkeep and repair compared to newer construction. It takes deep pockets to make it work, and margins in the restaurant industry are razor thin.

Since Marcus Lemonis owns the building, and it is set up to have a restaurant on the first floor, he is bringing his own restaurant concept, MLG, to Jax. He has hired an executive chef for the Jacksonville location, Jacksonville’s own Roderick “Sweet Pete” Smith, formerly of Jax Diner and Mother’s Cafe. Yes, that will be TWO Sweet Pete’s in one building- Roderick and “Sweet Pete” Peter Behringer. Fortunately these are both humble, focused, hard working folks, and their common nickname makes for a great story. 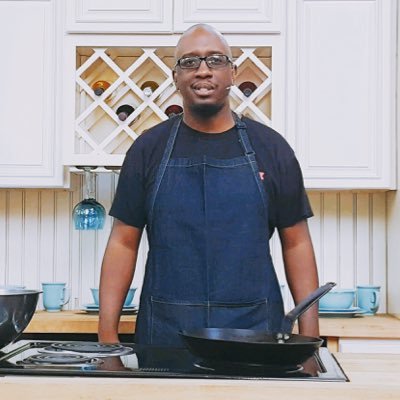 Chef Roderick started the first food truck in Jax, Sweet Pete’s Catering. Early on in his career he operated in San Marco at night, feeding guests coming out of Square One, other bars, and industry folks getting off work late. FUN FACT: Smith didn’t have a permit, but his food was so good police lined up along with club goers to get a late night meal and no one reported him. Sweet Pete has been Chef Roderick’s nickname since before he became a chef.

MLG is an upscale New Armerican restaurant featuring small plates for sharing, and a wide variety of salads, sandwiches, seafood, and meats. The drink menu has some featured cocktails and mocktails, and a good variety of beer and wine. There are a smattering of tongue in cheek named dishes like I <3 KC Strip for the Kansas City Strip Steak, or My Big Fat Greek Brick Chicken for a Greek style roasted and pressed chicken. The kids menu is comprised solely of dishes named things like I Don’t Know (chicken fingers), I Don’t Care (mac n cheese), and Get Off Your Phone (grilled cheese). MLG has fun with an American menu and doesn’t take itself too seriously- the perfect complement to the building’s cohabitant. 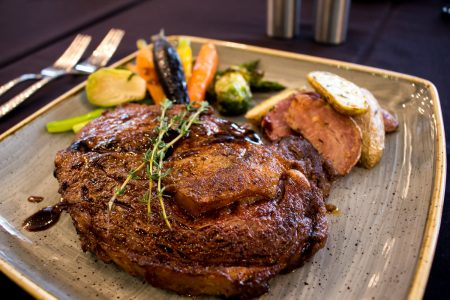 Marcus Lemonis is a smart businessman and endearing personality who famously preaches “people, process, product” as he fixes troubled businesses on his TV show. He has made a wise choice in selecting Chef Roderick Smith to take the helm at MLG in Jacksonville. We are thrilled that one of our favorite Jacksonville chefs has joined what looks to be an up and coming restaurant group we should all take interest in.

Welcome to Jax, MLG! We can’t wait to dine with you!