Barbara Jean’s is a Jacksonville area southern staple that originally opened in 1998 on St. Simon’s Island.   The two locations for Jacksonville residents are right outside city limits—one on the north side on A1A right as you enter Fernandina, and one on Roscoe Boulevard in Ponte Vedra. Practically everyone has enjoyed their heavily buttered and fried southern dinner entrees. Although many probably don’t realize they also do a really delicious breakfast on the weekends. Both Barbara Jean’s locations offer the same menu and hours for breakfast on Saturday and Sunday. Breakfast is served from 8am until about 10:45am. They will cut off breakfast ordering if it runs into lunch prep time. This weekend I visited the Fernandina location. 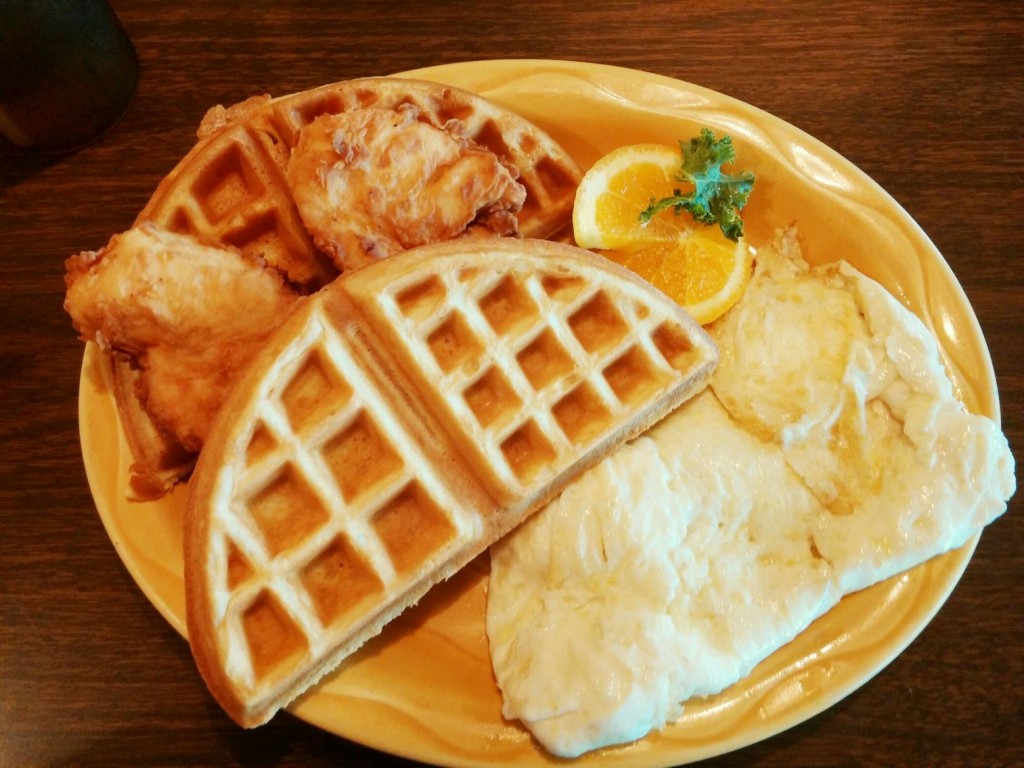 Both Barbara Jean’s locations are situated so you can have a beautiful view while you eat.  Jacksonville summer time temps don’t lend well to me wanting to eat a heavy breakfast outside, but if that’s appealing the Fernandina location looks out over the intracoastal waterway and on high tide it makes for a great scenic back drop. This location is normally packed and crazy busy on Sunday mornings for breakfast. But, on Saturday at 9am we were actually the ONLY table seated for at least the first twenty minutes we were there. 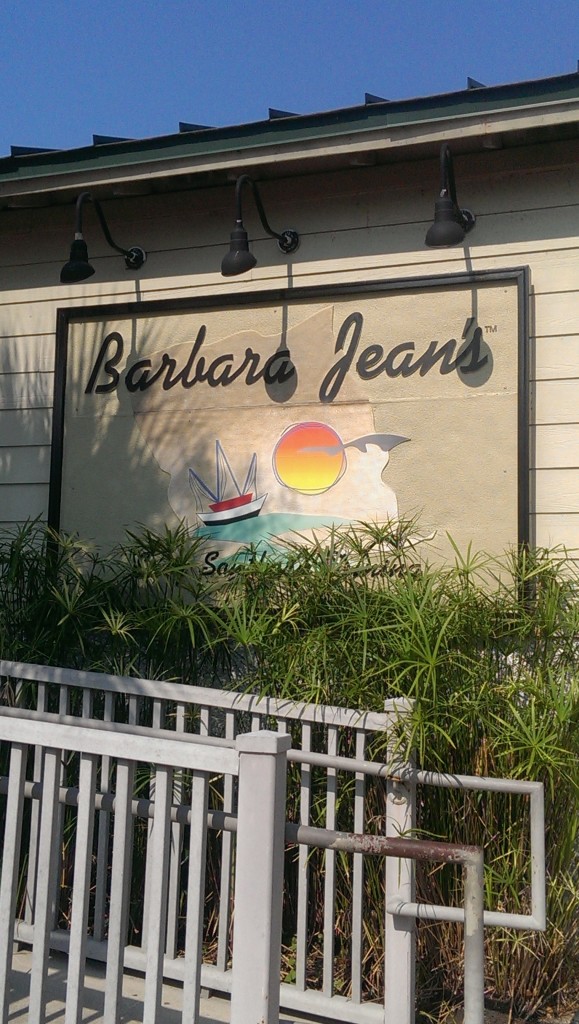 Our waitress was extremely friendly and very energetic for it being so early. It is a true southern restaurant, casual and laid back is a running theme. Their website says that many of the Jean family members do actually work within the locations and that is very believable. We always feel like we’re stopping in at a family get together. 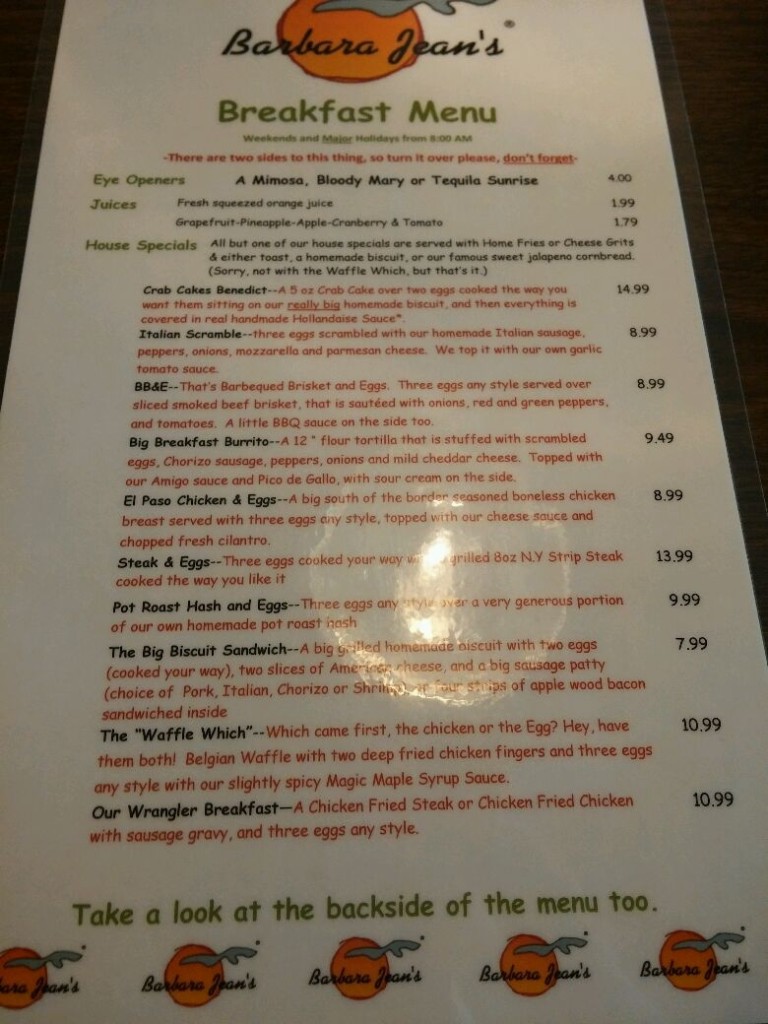 This is not my first time with Barbara Jean’s breakfast, so I have learned through trial and error the best menu items for breakfast. Today we ordered a plate of the chicken and waffles and fried eggs, a ham and cheese omelet, and the home fries. First up, The Waffle Which($10.99)- Belgian waffle with two deep fried chicken fingers, 3 eggs any style with our spicy magic maple syrup sauce. The “Waffle which” is honestly the star of the menu. The batter for their breakfast chicken is totally different from their dinner chicken. It is light, crunchy, and only slightly salty which matches perfectly with maple syrup. The great part is each chicken strip is actually an entire fried chicken breast. The chicken was juicy and tender. Their waffles are divine. They are perfectly cooked Belgian waffles and you get a hearty portion to go with the chicken. The waffles were crisp on the outside with a sweet and fluffy inside. The entrée also comes with a maple honey mustard dipping sauce but I am not a fan. It is just too salty for my taste, it needs more maple and less mustard to be a breakfast item. I understand what they’re trying to do but it just doesn’t work for me. If you just leave the sauce to the side, the entrée is a pretty fantastic breakfast. 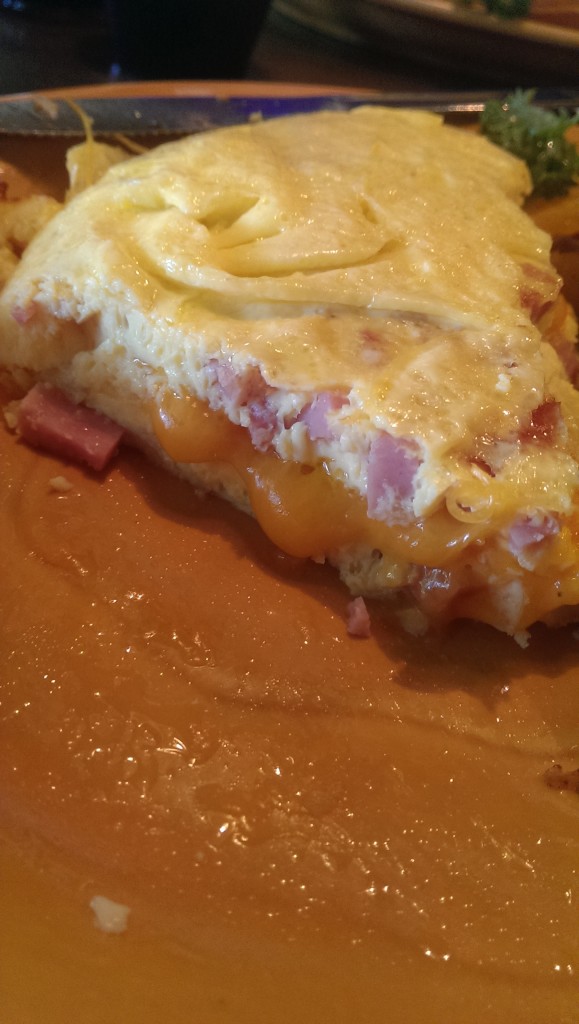 Their omelets are also very, very delicious. I’m not a huge fan of omelets regularly and wouldn’t order them at most restaurants. The reason Barbara Jean’s are so good is because of how thick they are. They stuff them with whichever two ingredients you choose, or you can add as many ingredients as you want for additional surcharges. My one wish is that cheese was included in the base omelet and not counted as an added ingredient. The eggs in the omelet were cooked perfectly. They were light, fluffy, and perfectly seasoned with salt and pepper. I’m a fan of their basic ham and cheese because the ham adds the perfect amount of salt to the omelet without being overwhelming like bacon can sometimes become. The meat was cooked into the egg and then the cheese was stuffed inside the folded egg in huge amounts. Today was my first trial with their home fries. Normally I could live off their white cheddar grits but I decided to venture out after seeing someone on a past visit with the home fries. The home fries turned out fairly good but the texture was a little inconsistent. Some potatoes were fried to the point of becoming burnt chips, some were mushy, and others were perfect. They were seasoned well with a light Cajun spice that wasn’t overwhelming. To save anyone from making a previous mistake that I made, I do need to say that you should not try their signature breakfast item, the Crab Cake Benedict. Barbara Jean’s is world renowned for their crab cakes, but they still have a long way to go to making a good eggs benedict. The first and only time I tried it, my egg came hard boiled instead of poached and with roughly one teaspoon of hollandaise sauce. Trust me, while it looks appealing, skip it and enjoy the “Waffle Which” instead. 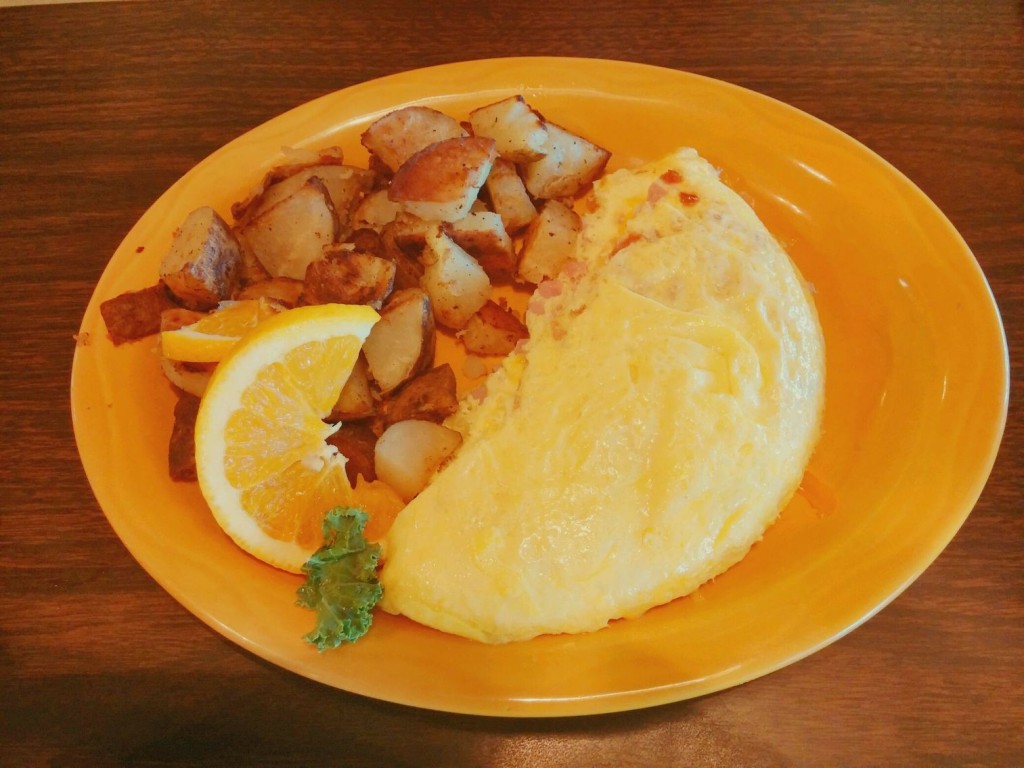 Barbara Jean’s breakfast is definitely worth a drive in either direction to their two locations. One of the great benefits about Barbara Jean’s breakfast is the tremendous portion size. You will never leave Barbara Jean’s hungry. Each meal comes with at least one side item included in the price and some even have two sides. Had I not been as hungry, my fiancé and I could have easily split a single meal with an extra side. If you find yourself adding more side items, don’t pass on the cheese grits or the bacon. Who am I kidding when would we ever pass on bacon? Overall, Barbara Jean’s gives you a delicious, homemade, southern style spread of food to start your weekend off right.