As we’ve grown we’ve begun to look for more opportunities interesting food related stories to share. We heard about a fantastic foodie book club open to anyone who’d like to join called “A Cook and a Book”. We asked Ron Block the creator of the book club to share how “A cook and a Book” got started and what it’s all about. Here’s what he had to share:

A Cook and A Book is the combination of my two obsessive passions, food and reading. From a young age I knew that both of these elements produce an emotional response in people. As my education and life pulled me towards becoming a public librarian, I never lost my love of cooking and food. A few years ago, I led a book club in my neighborhood that became a huge success due to my connections to authors and my incorporation of food into our meetings. I would often have signed copies of our chosen book to give away and prepared food that was influenced by our current read. The monthly meetings began to be more and more elaborate and reached a pinnacle when we read Julie and Julia by Julie Powell. In addition to reading the book, each member chose a recipe from the Julia Child cookbook, Mastering the Art of French Cooking. Everyone agreed to follow the recipes exactly so that they could experience the frustration and joy felt by Ms. Powell in her memoir. The response was amazing, with each member having quite a story to tell about how reading the memoir and creating the recipe (sometimes with disastrous results!) helped them to relate to both the author and Julia Child. The best story by vote won an autographed copy of Julie and Julia. 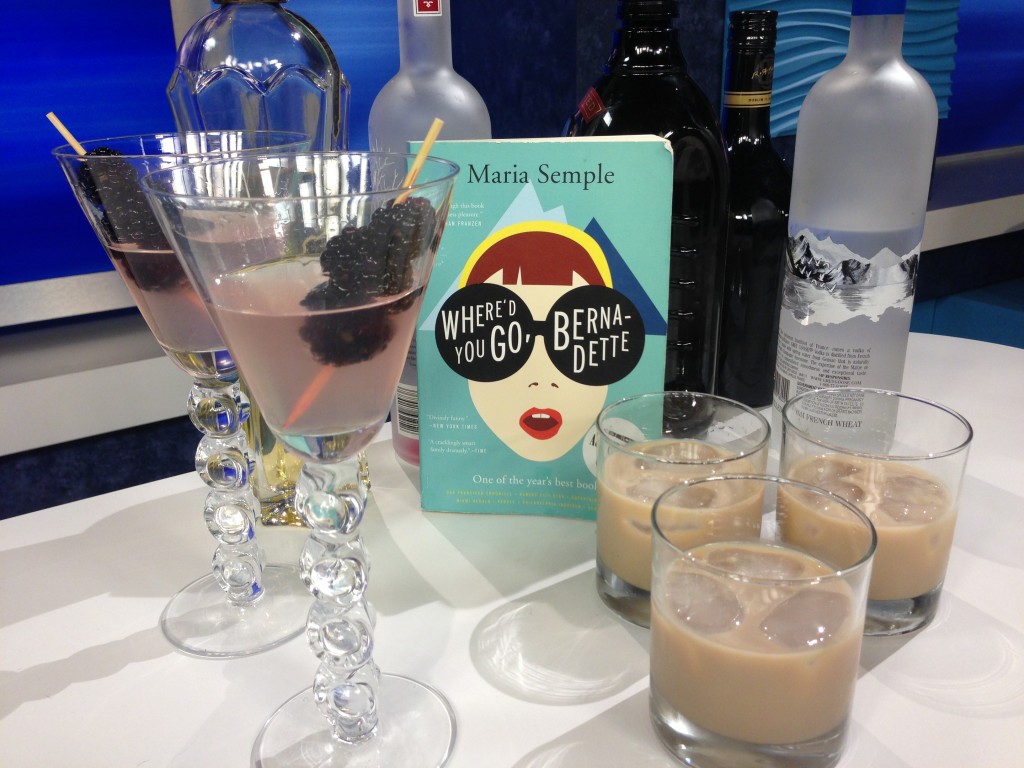 After some coaxing I started a small personal catering company called Rondezvous, making sure that any of my customers created menus that reflected their personalities, ensuring a personal connection to their events. At the urging of a friend in public relations, I agreed to appear on the Cooking Stage of the Southern Women’s Show (SWS) at the Prime Osborn Center. The idea expanded on my successful book club format to combine an author’s work to a recipe influenced by their book. I reached out to NYT bestselling author, Adriana Trigiani, to see if she would help me launch this original and new idea. Her schedule did not permit her to join me in person, but she was extremely generous in sending me a stack of the featured book, The Shoemakers Wife, along with several copies of a cookbook she had published with her sisters. The icing on the cake was her sending an introductory video to be shown just before my appearance on the cooking stage. Dawn Lopez, of Action News also agreed to be my celebrity “helper” for the event.

To help publicize the event and the SWS, I appeared one early morning on WJXT-4 with a live cooking demonstration of the potato gnocchi with brown butter sage sauce that I was making on the stage. The segment was a hit and the station asked if I would be interested in making a regular appearance. Once the segments began we became A Cook and A Book sponsored by the Artists Series in Jacksonville. The format was an on air book club where viewers joined us in reading a selection, leading on air and online discussions of the book and creating an original recipe based upon the book revealed as an on air cooking demo. The recipes were influenced by a character, a location or a dish eaten in the book. I often evolve classic recipes to add modern flavors and healthier options. As we progressed, the authors agreed to tape Skype interviews to air. Authors such as Mary Kay Andrews, Jess Walter, and Stephanie Evanovich let us get a peek into their lives and get exclusive details about their work. Each month brought something new, from special guests, cocktail segments and prize giveaways. Most authors were happy to supply a signed copy of the featured book to give away to our members, and publishers like Random House began to see us as a valuable outlet for their offers and became partners. The segment reached a new level when we began to be featured on cooking stages at the Southern Women’s Show and Home and Patio Shows- A Cook and A Book Live! This fall, I will be featured along with best-selling author Stephanie Evanovich live on the cooking stage at the SWS. She will follow it up with a book signing and meet and greet. It’s a very exciting concept that is gaining popularity. Our original Facebook presence now has 600 members. The weekly Channel 4 segments have stopped, but there will soon be a newly branded look and expansion of A Cook and A Book in other outlets. To get involved, we are currently at https://www.facebook.com/ABookAndACook?ref=hl where our current book is the amazing The Weight of Blook by Laura McHugh (http://www.weightofblood.com/) a suspenseful story about a young girl searching for clues in her friends’ disappearance while learning long held secrets about her mother. The book takes place in the Ozark Mountains, which is the perfect backdrop for the characters and the elements of the story. I will soon be holding an online discussion and revealing the original recipe inspired by the book. I would love to have everyone join in, offer suggestions and comments and watch as we grow!