As I assume you all read, on our first visit to Taste Food Studio we had one of the worst restaurant experiences we’ve ever had. Every dish came out cold. The service was horrible. We had an overall miserable experience. As we were walking out of the restaurant, we mentioned on twitter that we had a horrible experience with every dish coming out cold. The folks at Taste Food Studio saw the twitter post and contacted us the same night. They asked us to come back and give them another shot on the house. Chef Chris was very direct in saying “no excuses we screwed it up”. He also gave us a rundown of some operational issues they had the night we were in that led to the issues. In hindsight that made everything else about the place seem a bit worse than it probably was.  The last time we were here we hated pretty much every dish they brought out. Chef Chris promised us it would be a totally different experience than the last time. I honestly was just hoping the food would come out warm and be half way decent. The hope was maybe they could go from an F to a C-. If they made it to a C+ that would have been a massive improvement! Never in my wildest dreams did I think they were capable of pulling off the quality of food and service that we received on our visit. No doubt, they knew we were coming so we were definitely getting their best. I can honestly tell you their best is really really good. We felt like we were visiting an entirely different restaurant. 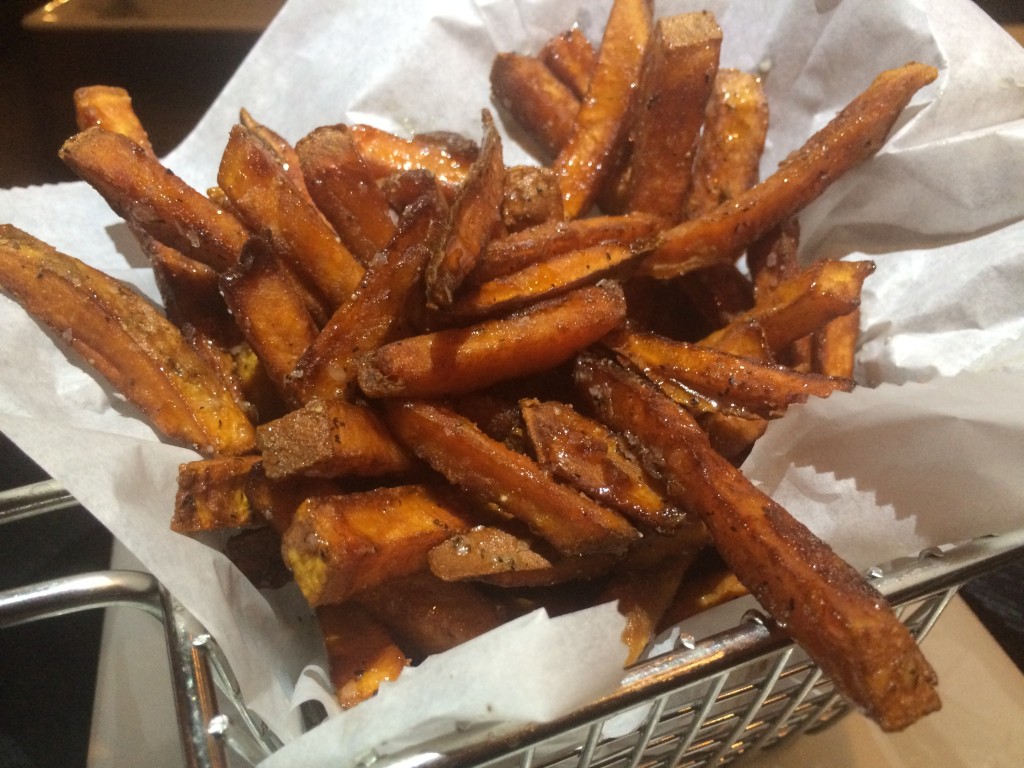 The food: We’ll cover the dishes we repeated from last time followed by the new ones we tried. The last time we tried the tasty meatballs and they were terrible. They were the worst dish we tried. The tasty meatballs are definitely a unique dish with a large meatball surrounded by a layer of mozzarella cheese all the way around it then covered by puff pastry. I’m convinced that since they were delivered cold the cheese had congealed and ruined the taste of the dish. This dish went from worst to first. On this visit this was our favorite dish. They came out piping hot. All of the flavors blended beautifully. The dish had a little kick to it but not so much that those who are sensitive to spice would be turned off. The meatballs also had finely chopped onion mixed in which added flavor and enhanced the overall “tastiness” of the meatballs. Haha corny! I know. The next repeat item we tried was the truffle mac n cheese. Last time we tried what was supposed to be chorizo mac n cheese. Now I know they forgot the chorizo and what we thought was chorizo was I guess burnt bread crumbs. This time the mac n cheese was creamy and delicious. I wouldn’t hesitate to order it again. I’m confident if it came out the way it did on this visit most of our readers would love it. Our last repeat dish was the Filet medallions. These were night and day from last time. The meat was pretty tender. They were visually more appealing; which you’ll see if you compare the pictures from this time and last time. They were cooked perfectly medium. The best part of the medallions was the sauce they were served in. It was delicious! I’d order them again on a future visit. We tried four dishes that we didn’t try the last time. The first was the spinach artichoke dip. This was the only dish that didn’t wow us all night. This dip was better than you’d make at home but nothing special. The next new dish we tried was the sweet potato fries. These were probably the best I’ve had in Jax. No joke! They came in a cool basket that looked like the basket you’d drop them into the fryer in. They were drizzled with honey. We loved them. Maybe we loved them just because we love honey but none the less they were great. They came with a honey goat cheese sauce for dipping. It was decent but you really didn’t need it. The other two new dishes were desserts. Holy cow they were good! Peanut butter and Godiva chocolate cupcake with vanilla ice cream drizzled with chocolate and peanut butter sauces. This was the ultimate rich dessert. If you love dark chocolate and peanut butter make sure this is the one item you try before leaving Taste Food Studio. I couldn’t knock out even half of it. It was just too rich and I was too full from everything else we had tried. The other dessert we indulged in was the strawberry and white chocolate cake with strawberry ice cream. This dish was obviously made with real strawberries since you could even see the tiny strawberry seeds in the strawberry drizzle on top. It was indulgent although thankfully not nearly as rich as the chocolate dish. We loved it. 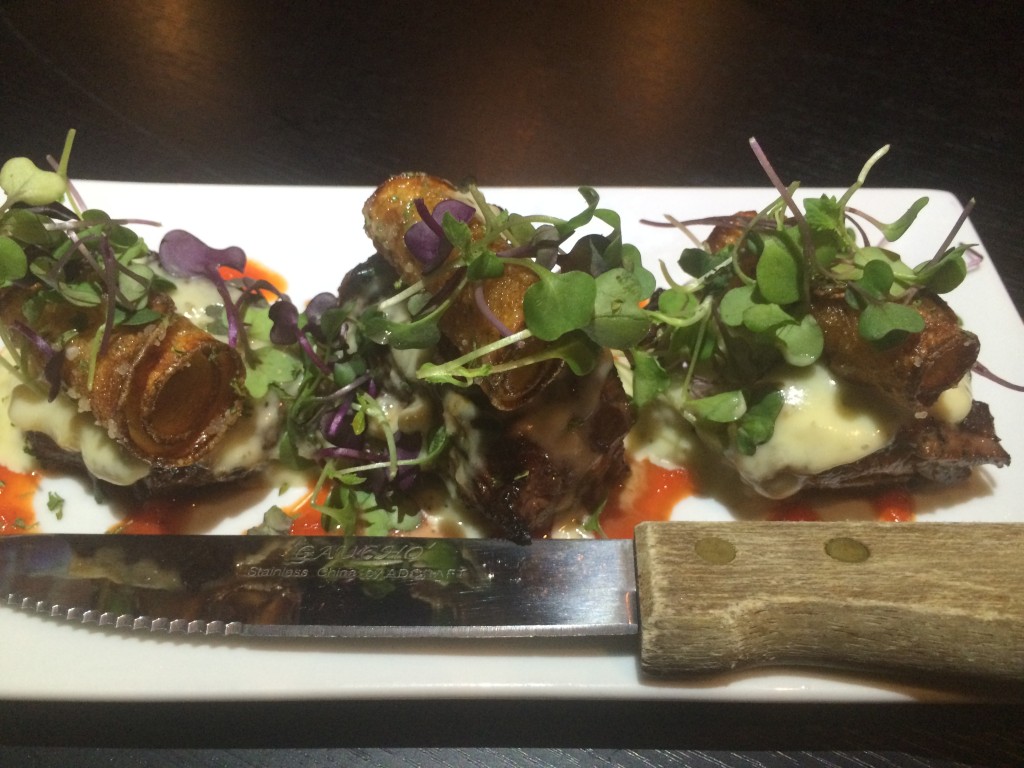 Service: Given that they knew we were coming obviously we expected to get great service unless the management was truly incompetent. We got exactly that. The service was great. The waitress was extremely attentive and on top of things. She was also friendly and willing to share her menu favorites. I’d hire her to wait tables in a restaurant I managed. 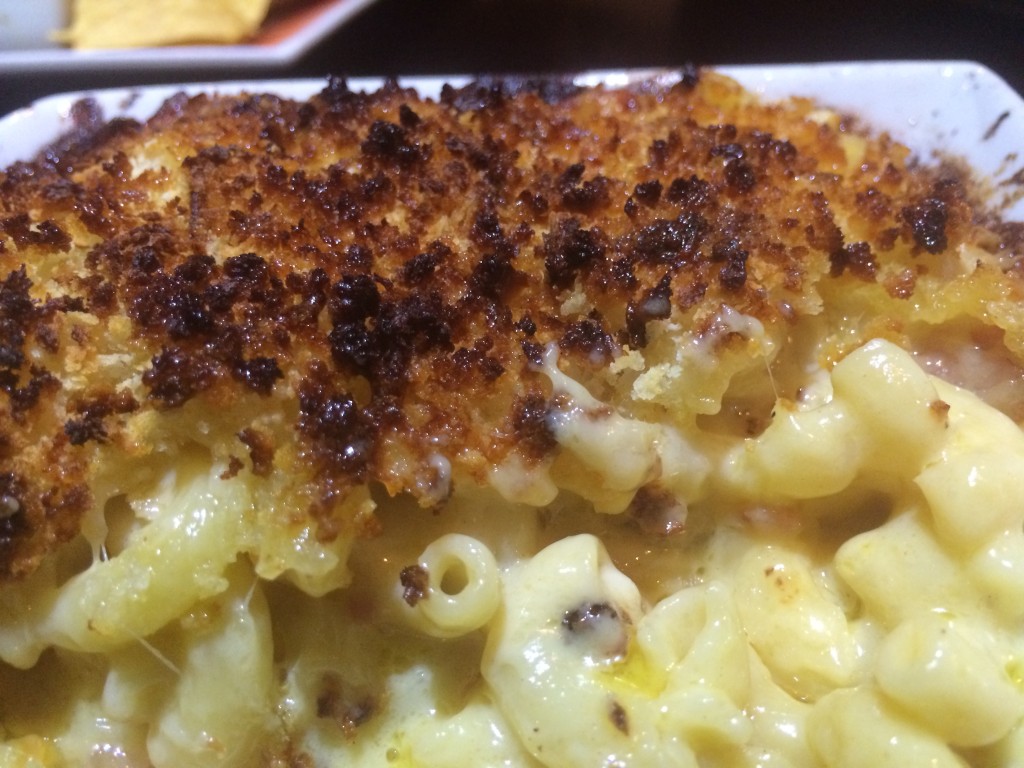 In hindsight the first time we visited Taste we were so irritated with cold food and awful service that I think we might have missed some positives. First off, Taste Food Studio has a great collection of small plates.  Yeah, we weren’t thrilled with the food on our previous visit but it was execution not selection that disappointed. Next the ambiance is excellent.  They’ve got really cool circular booths with excellent mood lighting. In the last review we commented that it didn’t even feel like we were still in Duval.  I’ve thought about that observation a lot and I feel like going forward I need to rephrase that.  Taste Food Studio is one of a handful of restaurants that is redefining our expectations of a hip restaurant in Duval.  It falls into the genre of where restaurant in the evening turns into night club later. In the evening Taste functions as your typical restaurant then later at night on certain nights part of the restaurant transforms into a club environment with a DJ, live music, or performance of some sort. This sort of thing is fairly common in some of vegas’ cooler restaurants but not something we’ve seen a lot of on the first coast. The guys at Taste Food Studio seem to have something unique going on most nights. Based on the turnout we’ve seen, these aren’t just gimmicky events because people keep coming back.  The most popular weekly event Wine Down Wednesdays seems to be a big hit. For $17 you can drink unlimited wine and appetizers during a specified period of time. They’ve also just introduced taco Tuesdays where you can pay $10.99 for all you can eat tacos. We’ve seen Taste at their worst and their worst is really bad. We’ve also seen them at their best and their best is very very good. Try taste for yourself and let us know about your experience. 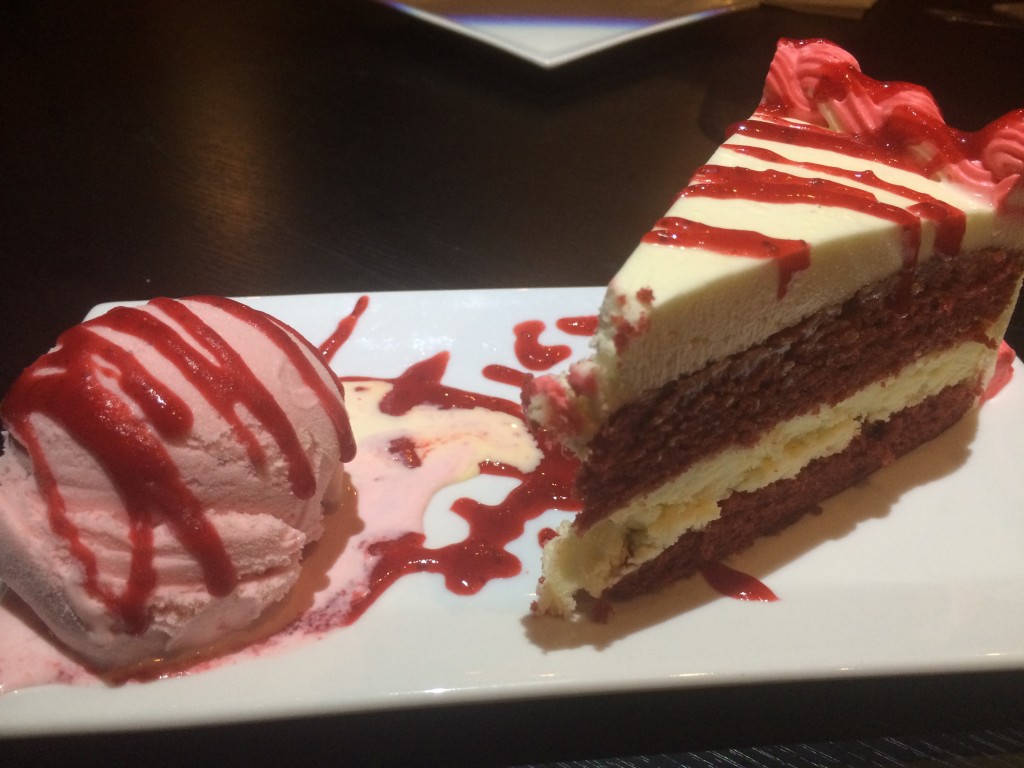 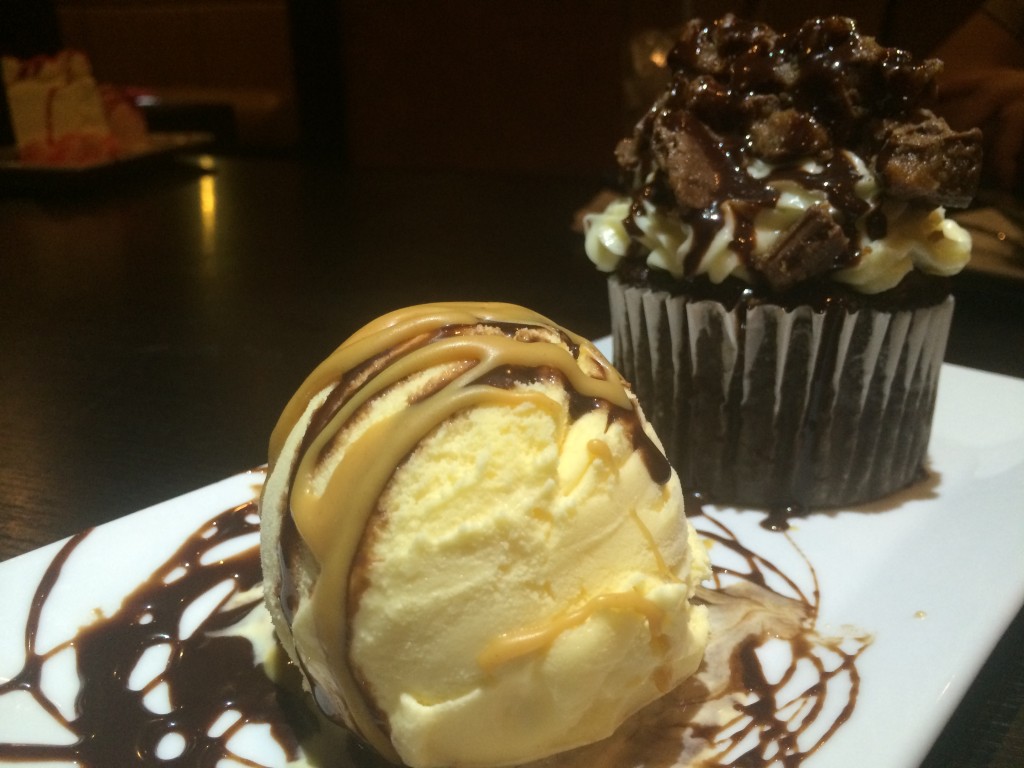 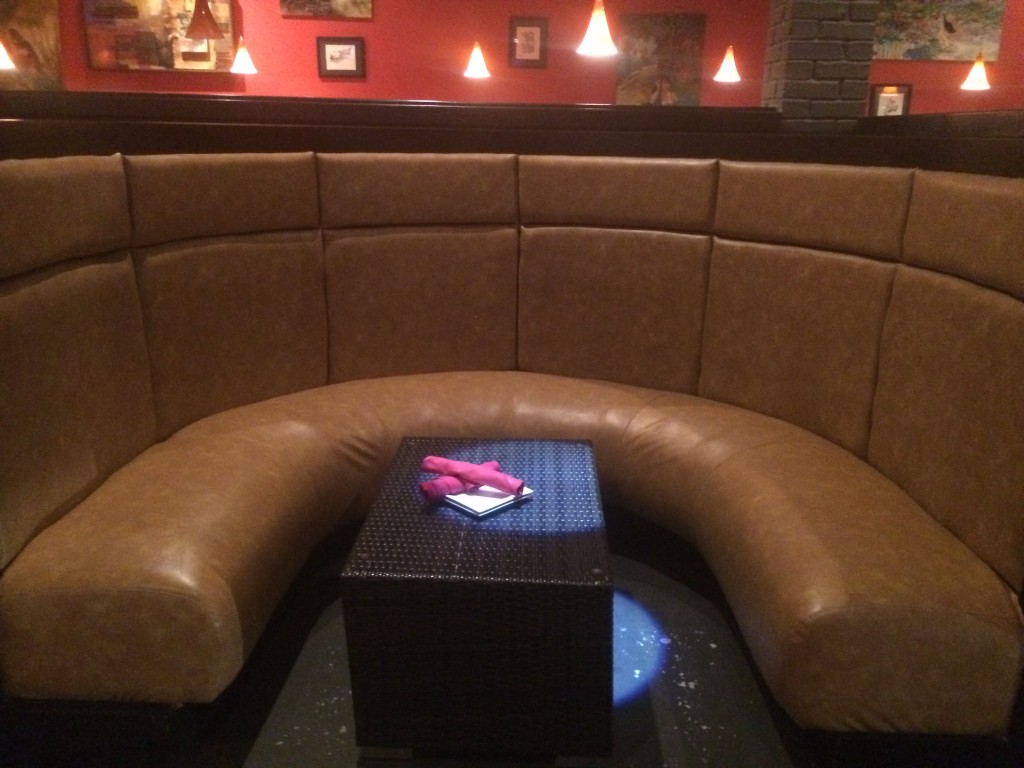 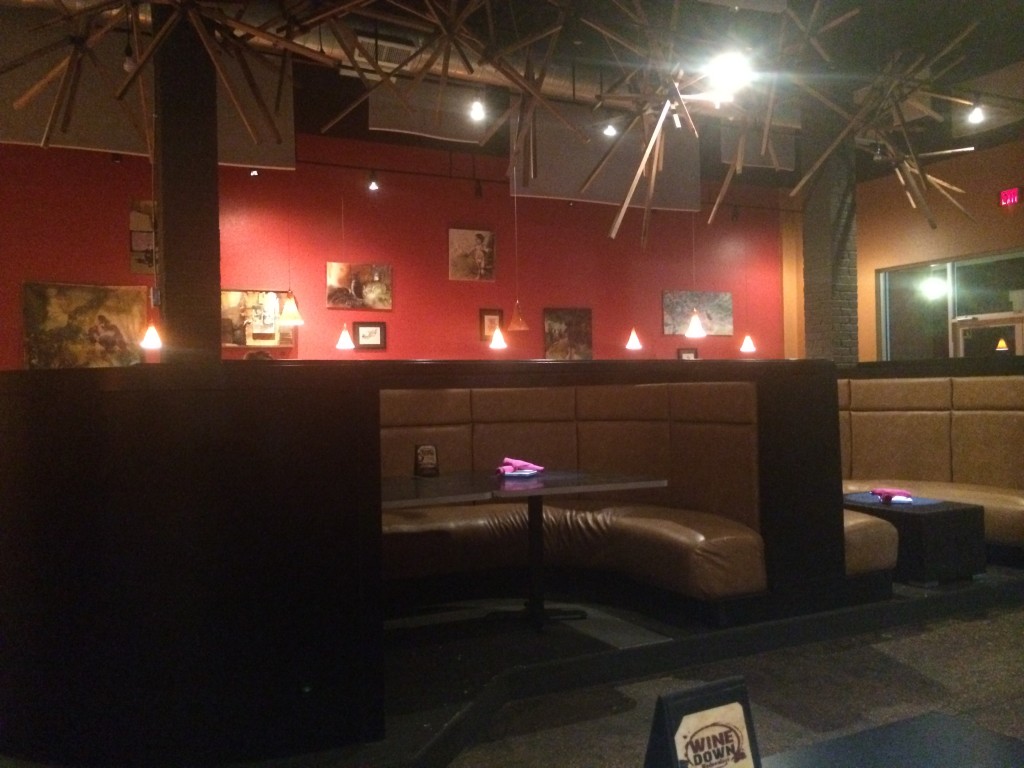