We happened to be down on University Blvd. so we decided to stop in at a spot we kept seeing pop up on our social media feed over the past couple of weeks. “Comfort. A Southern Bistro” is located on University Blvd near St. Augustine road in the Lakewood area of Jax. Comfort serves up “comfort with a little class” in a casual environment that feels a lot more like a simple bistro than the typical country cookin’ type of restaurant. The space is bright with clean lines and a welcoming atmosphere. This is the kind of space that makes you feel comfortable and sets the expectation for something a notch above standard southern fare. 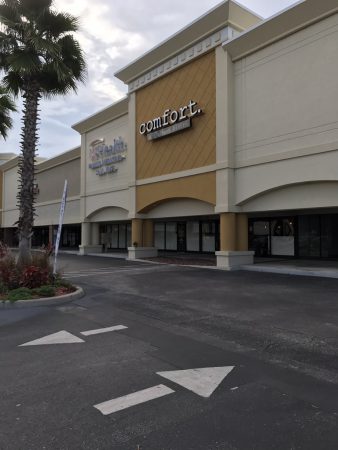 When you sit down at Comfort A Southern Bistro they take your drink order then bring you some boiled peanuts to start off the meal. If you’re from the south this makes you feel right at home, taking you back to summer drives with your folks stopping off for boiled peanuts out of a giant pot on the side of the road. Needless to say we were getting pretty excited to dive into some southern goodness! We started things off with the Grilled Mac N Cheese appetizer served with a dipping portion of tomato soup. This was tasty and a fun way to start off the meal and great for sharing. The grilled cheese could have used another minute or two on the grill, but overall it was pretty good.

The first entree we dug into was the Gregory’s fried chicken 2 pcs with 2 sides for $14. When the dish arrived you could look at the fried chicken and see it was much darker than usual, indicating it had been overcooked. The slightly burnt taste confirmed that indeed the chicken had been burnt. Not terribly burnt, but the chef definitely should have noticed and not sent it out. The two pieces of chicken were a pretty small leg and thigh which we thought was a pretty terrible value for fried chicken. The chicken was also absurdly salty almost to the point of making it inedible. Hopefully they’ll get the fried chicken figured out over time. The mac n cheese we ordered with the chicken was really good in the spongy but tasty style rather than the super creamy style. I’d definitely dive into the mac n cheese at Comfort again. The other side we ordered with the chicken entree was the watergate salad. This side is traditionally a mix of pineapple, pistachio pudding, marshmallows, pecans and cool whip or whipped cream. This side was tasty and a nice change of pace from the salty and savory tastes thus far in the meal. 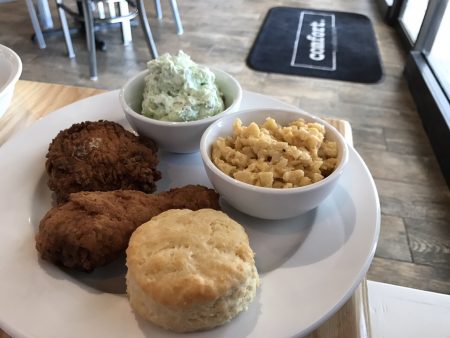 The second entree we ordered was the “Thanksgiving Dinner” which ran $17 for roasted turkey, stuffing, mashed potatoes and gravy, green beans, and cranberry sauce. Never in my life did I expect to send back mashed potatoes, but I guess there’s a first time for everything. These mashed potatoes were so incredibly salty we couldn’t eat them. We almost never send a dish back, but we have a rule that if we’re asked a question we always answer honestly. So if we’re asked if everything was good and it wasn’t we tell whoever asked that there was an issue. Good restaurants want to know when they messed something up so that they can get it right and so that they can make it up to you. Every chef I know absolutely despises the diners who say everything’s great then go home and write a one star yelp review describing how awful the food was. Don’t be that guy! So when the waitress asked if everything was good we told her nicely that the mashed potatoes were so salty that we couldn’t eat them. We honestly should have sent back the fried chicken as well, but it just felt like we’d come across as horribly picky eaters rather than people with a genuine issue. The folks at Comfort handled the issue well offering to replace the mashed potatoes then realizing it would take far too long to remake them. They substituted another side and offered dessert on the house as well. Here’s the kicker though. Half way through our meal we saw some friends of ours walk in. When we finished eating I walked over to their table to say hello. Their food had just arrived and I looked down to see that Comfort had served them the same horribly salty mashed potatoes. I asked how the mashed potatoes were and they said they were entirely too salty. Had the folks at Comfort tasted their sides prior to serving them they’d have realized the potatoes were awful. They would never have served them. When we sent them back they should have tasted them and known to throw them out. The roasted turkey was just okay for us. It tasted pretty salty as well which was likely because it was served on top of the mashed potatoes or maybe the chef just loves salt. The gravy was a white gravy and was okay. The stuffing was pretty middle of the road and something we’d be okay with being served again. The green beans were well seasoned. 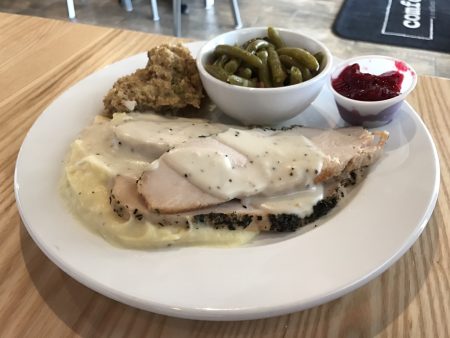 We had the banana pudding for dessert and were happy with it. Instead of vanilla wafers it was served with chessman cookies which I was personally a fan of over the traditional wafers. The service was excellent. The waitress seemed knowledgeable about the menu and made you feel right at home. We felt cared for and welcome as you should at any good southern restaurant. The menu is quite expensive for southern cuisine. $14 for two small pieces of dark meat fried chicken is pricey. $17 for roasted turkey and sides is not cheap. One of the things we always love at southern restaurants is biscuits. At Gilbert’s Social where Celebrity Chef Kenny Gilbert who is a Food Network regular serves upscale southern fare, the biscuit board runs $6 for 3 biscuits and a variety of creative accompaniments. At Comfort the same things runs $12! It’s going to be tough to build repeat customers at the current price point especially given their location on University Blvd.

At this point in the review I should stop and say that Comfort has only been open a couple of weeks. There are always lots of kinks to work out in a new restaurant. They can definitely recover and we sincerely hope that’s the case. Any good chef will tell you that cooking great food at home and cooking great food in a restaurant setting are two entirely different things. After our experience at Comfort we can only surmise that someone who’s a killer home cook without much restaurant experience opened this restaurant. Restaurant cooking is tough! If you went to their house for dinner I imagine you’d have food that was absolutely fabulous. If you go to Comfort, A Southern Bistro we can’t say the same thing as of today. They seem like really nice folks and in time they will hopefully get their feet under them. 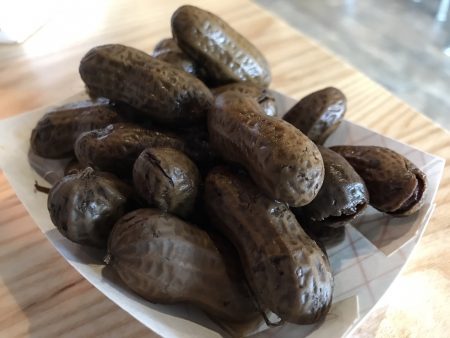 Boiled Peanuts on the House 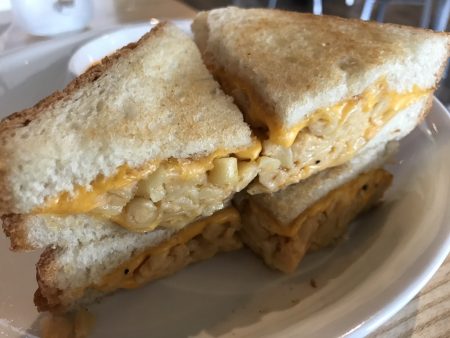 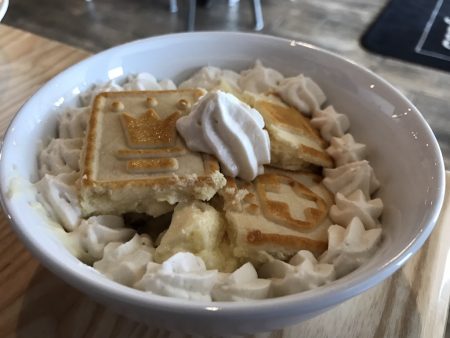