Ramen has been hard to come by in our neck of the woods, but that’s not the case any longer. 904 Hot Pot recently became Asian Noodle House and we are here for it. Chef Levi grew up on Asian food as his mom was a manager at a Chinese restaurant. Busing tables by age 9 and cooking by age 15, Chef Levi knows his way around a kitchen and shares his passion for Asian cooking at Asian Noodle House.

The menu at Asian Noodle House is well focused, so don’t expect a swarm of options or to order by number like at your neighborhood Chinese delivery. There are several ramen styles to choose from, plus a few other noodles such as Pad Thai and Yaki Soba, and accompaniments including Sio Pao (steamed buns), Gyoza (dumplings), and Papaya Salad. Hot Pot is still available at Asian Noodle House as well. On the evening we went, the chef came out to greet us and informed us they were out of bean sprouts so they would be using shredded cabbage instead to get that nice crunch on top of the ramen. We appreciated the heads up, and while we did miss the bean sprouts, it wasn’t a dealbreaker. He was right; the cabbage did a nice job. 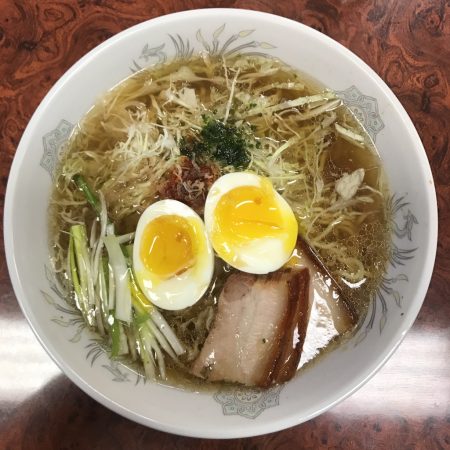 The Shio Ramen consisted of Japanese salt broth topped with Chashu Pork Belly, Bean Sprout, Egg, Scallion, Yukari, and Ito Togarashi. The salt broth was similar to a light vegetable broth. It had plenty of flavor, but differed from the other meatier broths. Of the two ramens we tried, we both preferred the other over this one, but it was still delicious. This is a great vegan/vegetarian ramen if ordered without the pork belly or egg.
The Shoyu Ramen is probably the most well known of the ramens at Asian Noodle House. Starting with Japanese soy broth and topped with Chashu Pork Belly, Egg, and Scallion, Shoyu Ramen has a deep, rich flavor. Shoyu is a great place to start if you are new to ramen. 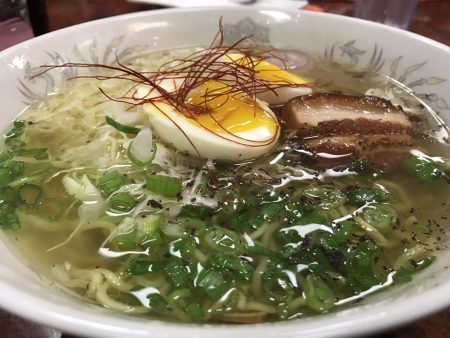 The Pad Thai was pretty straight forward and we chose beef for the protein. Honestly I did not love the pad thai, though I have not been able to put my finger on what it was. It is entirely possible that it is just a more authentic pad thai than I have had.

The Papaya Salad was fresh and beautiful. Papaya salad is made with julienned green papaya with carrots and often a few other veggies. The green papaya takes on the flavor of the fish sauce and peanuts. This iteration was exceptionally spicy, so if you are sensitive to heat order it with no spice.

We were new to Hot Pot so we asked the chef for guidance. Three broths are offered: sweet and sour Tom Yum, a very mild fish stock called Shabu Shabu, and a soy broth. We went with Shabu Shabu. We ordered beef, chicken, pork belly, and shrimp for our Hot Pot because there were several of us. We also went with three orders of udon noodles, but that ended up being one too many. The hot pot ingredients and steaming broth came out within a few minutes and we got to work assembling our soup. All the meats are sliced super thin so they take very little time to cook. The bok choy and cabbage actually took the most time to cook. There were way more ingredients than would ever fit in the pot, so we kept eating and adding more ingredients as we made room. We ordered additional broth partway through, but as I said there were several of us eating it. The best thing about Shabu Shabu was the sauces that came with it. There was a light brown sesame sauce that had the most delicious tang to it. The other sauce was a darker brown thin sauce, similar to a ponzu sauce. The best way to eat hot pot is a combination of spoonfuls of delicious broth and bites of cooked meats and veggies dipped in the sauces. If you’ve never had hot pot, it’s a fun communal way to eat a meal and Asian Noodle House is one of the few spots to do it. 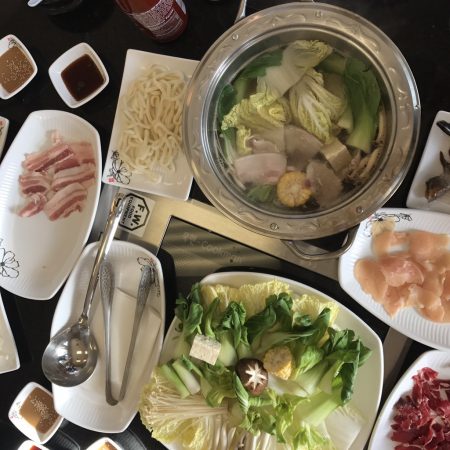 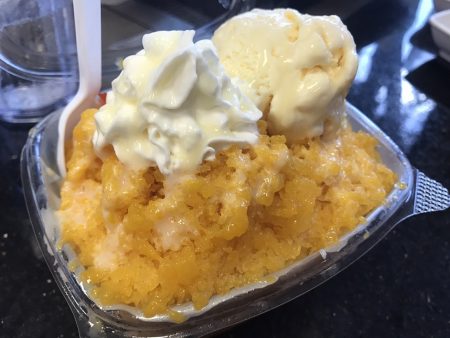 We would be remiss if we did not share the air conditioning situation at Asian Noodle House. The air conditioning is not sufficient so they have brought in a large fan to move the air around. The fan makes a sizable difference. They are also putting in blinds to block the sun, but as of our visit they hadn’t come in yet. It was a sweaty experience to eat steaming hot pot with the sun beating on us. But the blinds will help immensely when they are installed. The folks at Asian Noodle House are fully aware it gets hot in the restaurant and they are trying to address it.

The service at Asian Noodle House is welcoming and earnest. There can be some language barriers at times and we had to wait and ask for drink refills. Chef Levi comes out to the dining room as often as possible to check in with guests. He also jumps in to serve or bus tables while he’s in the dining room because the staff at Asian Noodle House is small and they work as a team.

We thoroughly enjoyed ourselves at Asian Noodle House. The ramen is the big draw, but everything is made with expertise and care. We will definitely be heading back. Save us a seat! 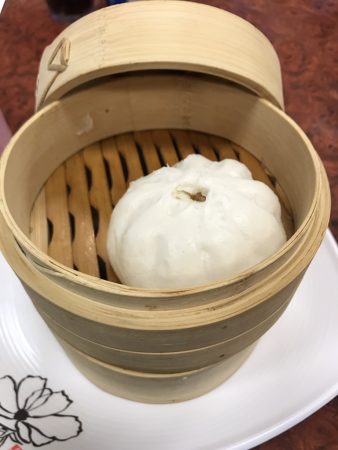 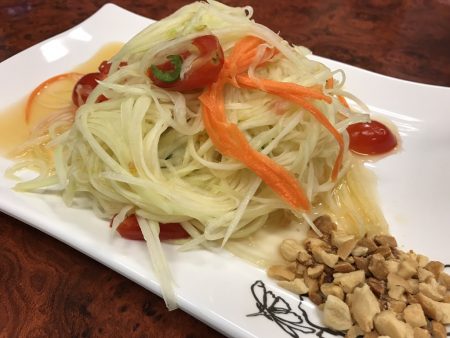