I’ve been living in Jacksonville for about two years now and there are still large swaths of the city I haven’t even driven through.  So every other weekend or so, my wife and I will get in the car, fill up the gas tank, and just drive.  Nowhere in particular, without a GPS, just to “get lost” for a bit.  On this particular Saturday, we decided to head south and go to Fleming Island.  We drove around, stopped at a few local shops, then decided to stop somewhere for an early dinner.  We were in the mood for seafood, and we happened to pass Corky Bell’s Seafood and Steaks. 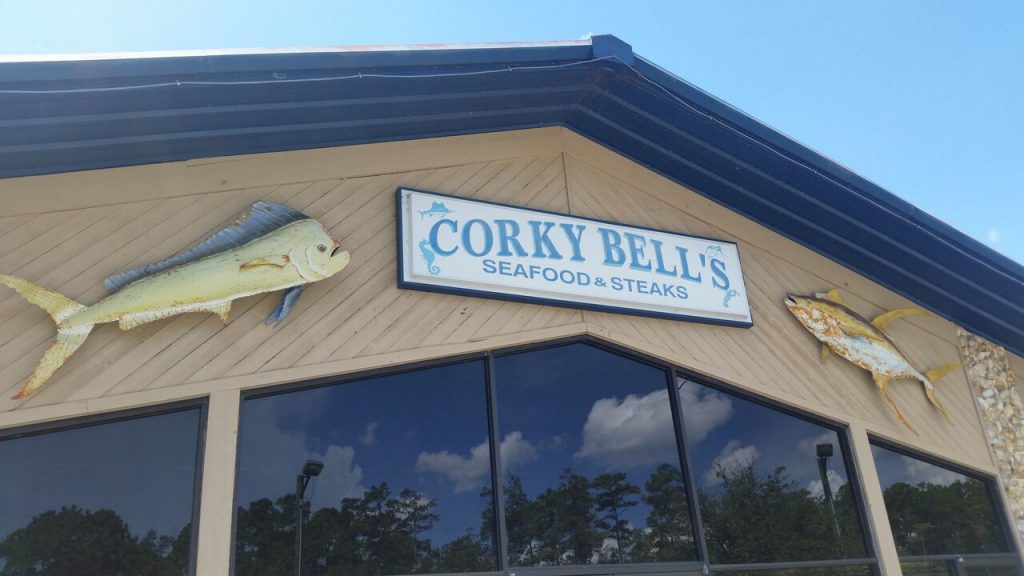 The restaurant itself is a decent size.  Large interior dining room with plenty of space between tables.  I didn’t feel like a pinball bouncing around when I walked through.  The interior is decorated with various fishing-themed items, fishing poles, large floaters, etc.  Corky Bell’s seems to have a small, hometown, kind of feel.  Where the waitresses are friendly, smile, and call you “hon” and “sweety” type of feel.

Unfortunately, that’s about the last positive thing I’ll be able to say about Corky Bell’s.  SPOILER ALERT: some of the food was literally spoiled.  And I mean “literally” literally, but more on that later in this review. 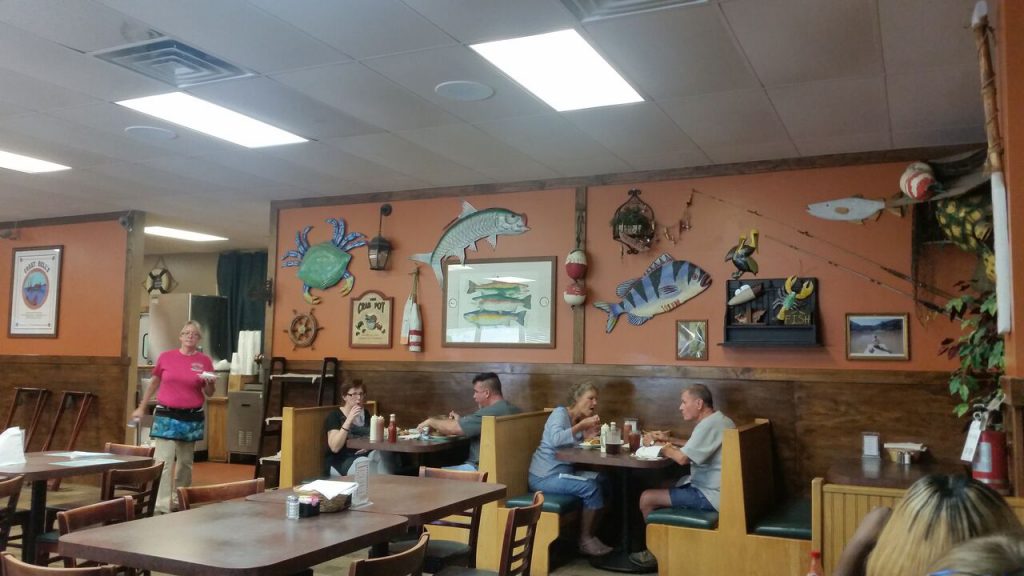 We decided to start with the Gator Tail appetizer.  They were served in nugget form on a bed of lettuce served with a dipping bowl of ranch sauce.  I’ve had gator tail before, and by the name, one would think gator is some kind of exotic meat.  In reality, it doesn’t taste like much.  Whoever came up with the phrase, “taste like chicken” was probably eating gator tail when they thought of it.  Seasoning the gator, good breading, and a nice dipping sauce can help.  Corky’s gator tail was on the bland side.  It was cooked fine and came out hot, but oh so bland.  Thanks be to Poseidon for the bowl of Hidden Valley Ranch.  I normally put a little bit of a food item in the dip so the dip doesn’t overwhelm, but complement the food item, but not today.  That gator tail was swimming in the ranch just to make it palatable.  This was not an encouraging start. 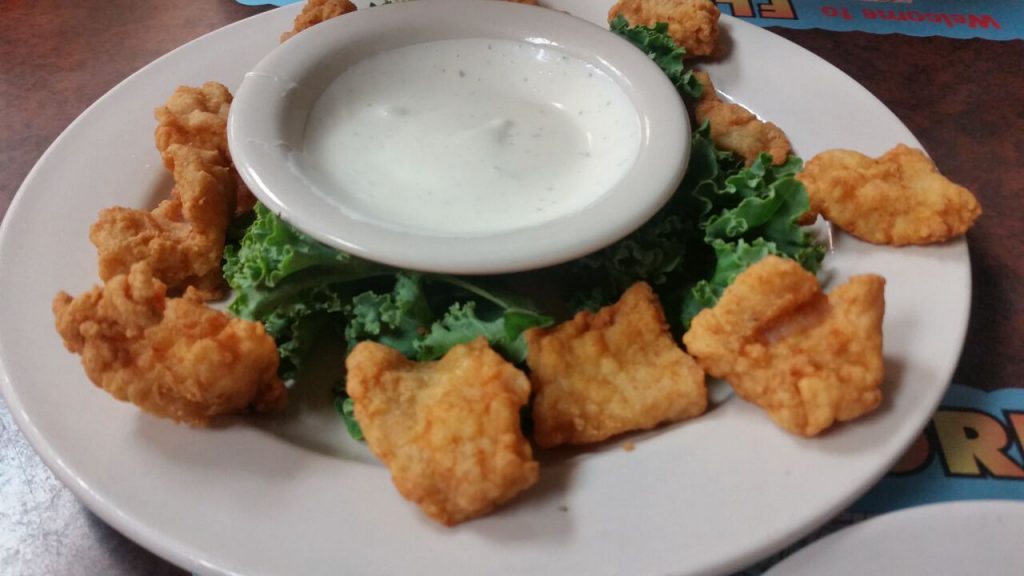 For my entrée, I decided on the Frog Leg dinner platter.  I love frog legs.  When done right, they’re tender, light, and delicious.  They’re kind of weird to look at (in a fun-weird kind of way) and fun to eat.  Corky’s frog legs started out with promise.  The plate was laid in front of me, and I was legitimately excited.  It was a huge pile of frog legs, perfectly cooked, golden brown, and delicious looking.  But alas, as I bit in to my first set of deep fried frog flappers, it suffered from the same malady as the gator tail: bland.  Aggressively bland.  Absolutely no seasoning.  None on the frog legs and none on the breading.  It came with a bottle of cocktail sauce, and it was a good thing.  Shouldn’t have been needed, but thankful it was there.  The Frog Leg dinner platter came with two sides.  I chose a bowl of cheese grits and stewed tomatoes and okra over rice.  The stewed tomatoes and okra were fresh from the can.  The cheese grits needed a few pats of butter, but they weren’t bad.  When the cheese grits are the best part of the Frog Leg dinner platter, you’re doing it wrong. 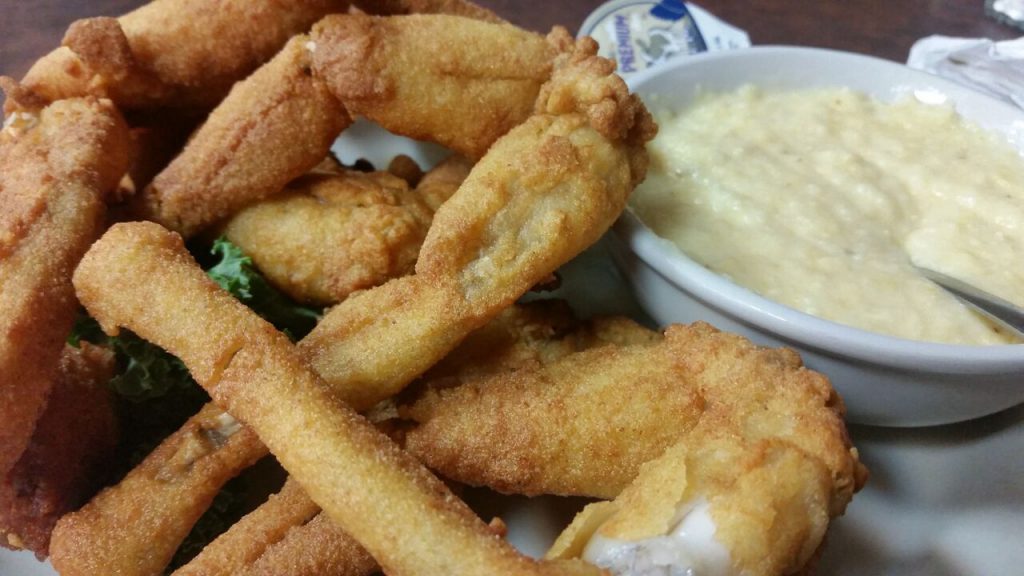 And this is where it all went downhill.  My wife ordered the fried whole catfish platter.  It’s two deep fried whole catfish, served with hushpuppies and two sides.  She chose pinto beans and green beans.  The green beans and pinto beans also tasted fresh from the can.  Nothing remarkable.  It’s the catfish that was most disturbing.  When the catfish came to the table, like the frog legs, they looked good.  It was fried perfectly, with a good crust.  However, they came out smelling a skosh fishy.  That alone should’ve sent up a red flag.  But we’ve been looking for some good catfish since we’ve moved to Jacksonville, and this was the first seafood place we’ve been to that had it on the menu, so we decided to power through.  I was about half way through the first catfish, when I flaked off a piece onto my fork and slowly brought it up to my mouth to eat.  The smell of what can only be described as, to phrase it in a way that can be printed on a website widely read by multiple generations of people, raw sewage, violated my nasal cavity.  I was so taken aback, I just about dropped my fork.  I thought, “Surely, that didn’t come from the catfish, did it?”  And my brain answered, “Yes, it did, and don’t call me Shirley.”  Just to confirm, I smelled that piece of catfish again, and sure enough, that awful smell came from it. 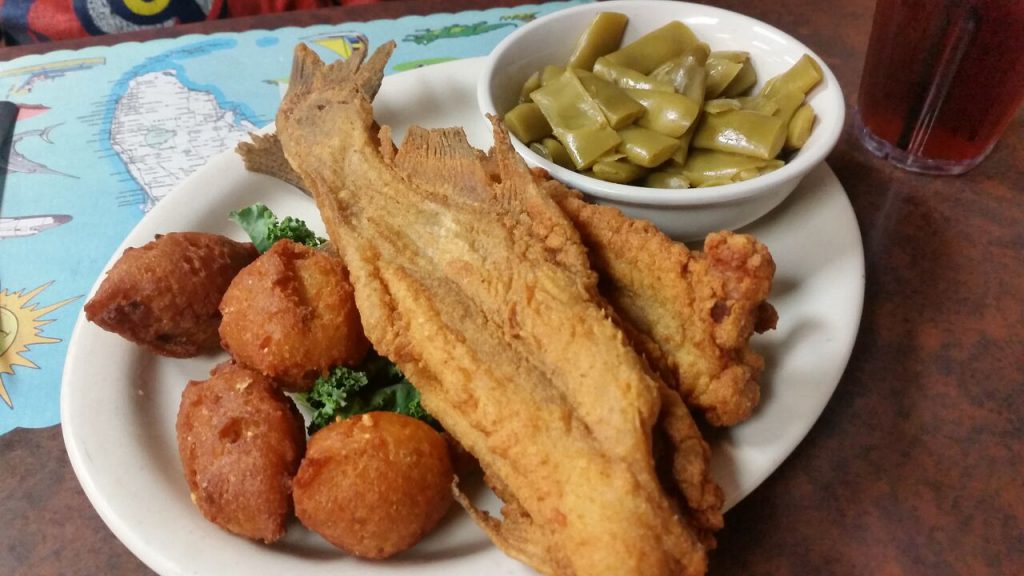 I called the waitress over; she asked if everything was OK.  I emphatically said “No, absolutely not.”  I told her what the catfish smelled like, and I positioned the fork with the offending piece of catfish towards her hand and asked her to pick it up and smell it.  She declined, but her facial reaction was as if there was no way that could be.  I asked her to take the plate back to the kitchen and to please smell the fish.  She took it back to the kitchen.  We finished what was left of our meal.  A few minutes later, the waitress came back, her look of unbelief now replaced with a mix of shock and embarrassment.  I asked her if she smelled the fish and if the cook smelled the fish.  She said they did and as a result, threw out the rest of their catfish supply. 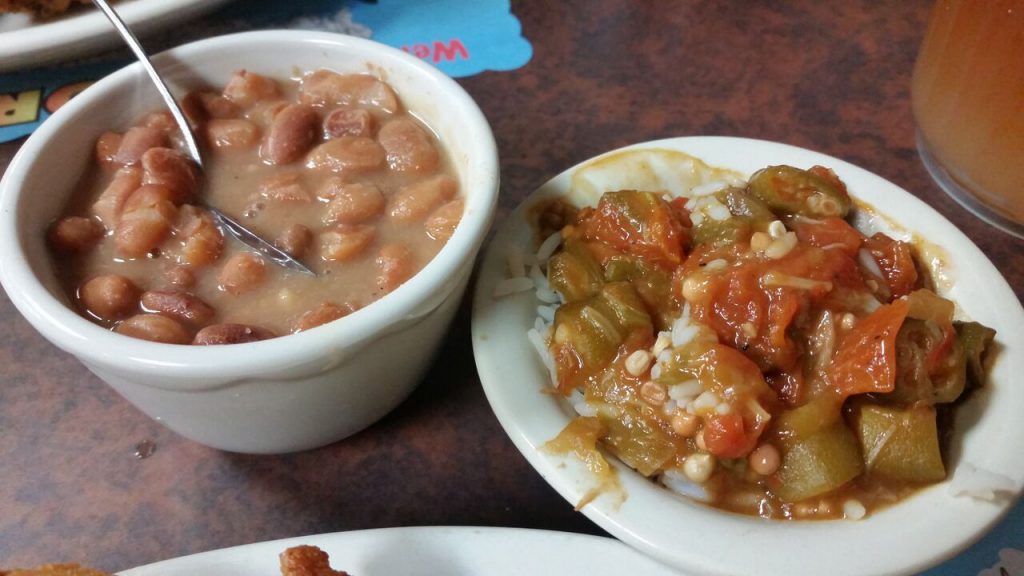 I’m not for sure who at Corky’s is responsible for Quality Control, but they failed, and failed in a way that can potentially cause someone food poisoning.  Luckily that wasn’t the case for us.  We were fine, but were distraught that our desire for good catfish was met with something so foul.  I was Catfished.  I felt disrespected as a diner, because no one at Corky’s cared enough to check their food for spoilage before serving to an unsuspecting public.

Normally, when I have a bad experience somewhere, I like to go back and give the place a second chance.  Everyone has a bad day.  I can’t and won’t for the sake of my health, do that with Corky Bell’s Seafood and Steaks.  Jacksonville has an embarrassment of riches when it comes to seafood restaurants.  If you’re in the Fleming Island area looking for seafood, I plead with you to go somewhere, anywhere else.