Tres Leches is a restaurant that we at Jacksonville Restaurant Reviews find ourselves frequenting again and again.  The quality of food and service is consistently outstanding, and yet it is often overlooked as a “foodie” destination restaurant.  Our very first Jacksonville Food Adventure was with Tres Leches when we launched our dinner series.  Now we are revisiting Tres Leches with owner and chef Irene Sweda and Chef de Cuisine Sean Sington for a six course Taste of Spain Food Adventure on Thursday, August 27th.  Prior to that event, we wanted to showcase the endless talent behind the scenes at Tres Leches. 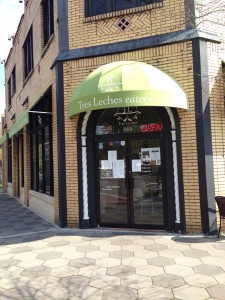 Irene’s culinary background is primarily self taught.  “I’m from Venezuela, it has a big culinary culture.  It’s a blend of Spaniards, Portuguese, Italians.  Food is very important there.  Everyone knows how to cook because everyone eats fresh meals at home.  Everybody learns to cook.  Definitely not like here” she explained.  Caracas, where Irene is from, is very artistic and essentially a cultural mecca with food, theatre, and art being showcased and highlighted.  Irene actually considers herself more of a baker than a cook.  If you haven’t had her Tres Leches cake, then you haven’t lived, in our humble opinion.  She opened a tiny space in Caracas and worked there for a little over three years before she moved to the states and she had a realization that she could do so much more.  It took a few years, but once her kids were in college she was ready to venture into restaurant ownership.  Irene learned quickly by trial and error, and when Sean came to Tres Leches as the Chef de Cuisine, it deepened their culinary abilities through his extensive experience.  Sean has worked in three Michelin star restaurants in New York and LA and has a passion for food that is rare to find.  Irene immediately knew that Sean was the perfect fit for Tres Leches.  She said “People can be so busy that they don’t care about you, but Sean takes pride and treats it as his own.  I feel very comfortable with him doing the job, I am so trusting of him and it gives me more time to spend on baking.” 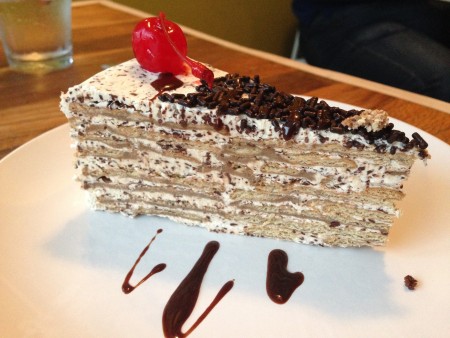 As for Sean’s culinary beginnings, his first inspiration was his grandmother.  She always cooked for Sean, and when she returned to the Philippines he became a primary caregiver for his brother.  That was the beginning of Sean’s experiments in the kitchen and it transformed from a hobby to a personal challenge to create new and exciting recipes.  Sean felt as if he was at a crossroads as he began to dabble in restaurants.  The pay wasn’t good and his parents were not supportive of that career choice.  He eventually committed to culinary school and moved to Jacksonville seven years later and found himself at Tres Leches, which Irene and Sean attribute to fate.

Irene shows so much faith in Sean, and bragged about him through most of the interview.  “He has this incredible background with working in New York and LA, which there’s not much in Jacksonville if you’re coming in from a city like that.  To find people with his passion, technique, and knowledge is almost impossible.  It was fate in the sense that he was at the point in his life where he wanted to work for a restaurant this small.  So many people with his background would choose bigger restaurants,” Irene explained.  Many high end restaurants contacted Sean after he committed to Tres Leches, but he chose to stay.  Irene and Sean have developed an ideal team – they create the menu together seasonally by recreating dishes that Sean researches and executes with local ingredients.  They read and evaluate their customer reactions to the dishes and then modify the restaurant menu based on feedback.  It is a calm and easy process for Irene and Sean – he especially appreciates that he doesn’t have a French chef yelling in his ear like many of the larger restaurants in which he has worked.  As far as seasonal menu rewrites, Sean runs several specials weekly to see what feedback is like.  They choose permanent menu items based on those specials or use variants based on what vegetables, fruits, and proteins are locally available. 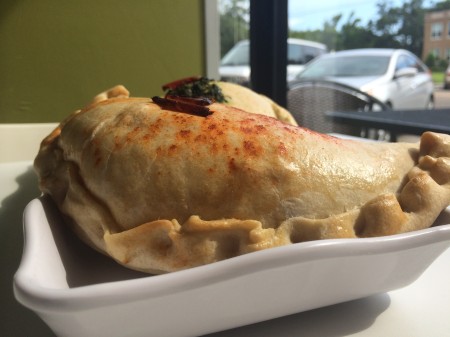 For the Taste of Spain Food Adventure, Irene knew that she wanted to provide something different to the attendees.  She felt so honored to be chosen to do that, as her dad was from Spain and she was immersed in Spanish culture so it felt natural to her to develop a regional menu.  Irene told us, “I tried to plug items from each region, that way people realize that Spain is huge.  They have coasts, they have mediterranean influences.  Every region is completely distinct.  I thought it would be nice for people to taste each region and understand geographically where it’s from.  We grabbed the map and studied and created dishes from there.”  Irene also said that often new customers think Tres Leches is Latin or Hispanic food.  The Food Adventure is the perfect platform to serve a truly 100% Spanish influenced meal and also showcase Irene and Sean’s culinary abilities.  Irene is amused by how quickly Sean picked up Spanish food with his filipino background.  He easily learned how to create things with the perfect Spanish flavors, and Irene even told us that her mom calls to get Sean’s recipes.  Even down to to the basic preparation of rice, Sean makes it just as Irene does, which allows for a consistency in food that is served to the clients every day. 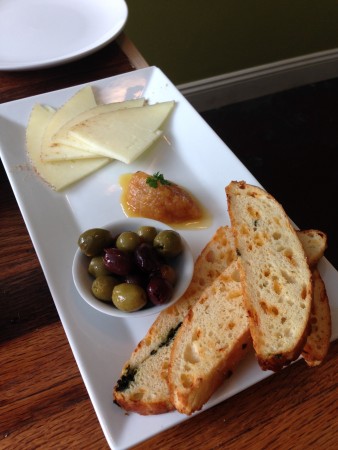 When it comes to developing any menu, Irene and Sean look for things that they don’t see a lot in Jacksonville.  The menu isn’t vast at Tres Leches, which allows them to focus on perfecting the dishes that they serve daily.  Sean researches constantly, and he uses inspirations from books and then improvises to create the flavors, ideas, or techniques behind the dish.  He admitted “I’m not always happy with what I make the first time.  I may scratch it and start over or modify it.”  Irene countered that Sean is infinitely patient and very observant.  If he doesn’t like something, he keeps working on it until he feels the customer is going to enjoy the menu item.  Irene explained, “You have a feeling when it’s going to be exactly the way you want.  You need to feel 100% sure that it’s good inside yourself because when you send something out to a guest, if you don’t feel it completely and they send it back, it’s going to hurt you.  If we send something out and you know and feel that it’s good, if they send it back you know it’s just because they don’t like it, not because it isn’t a good meal.” 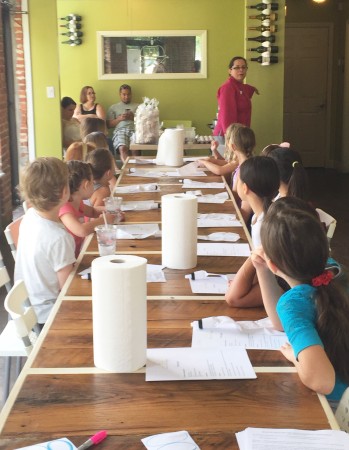 As for future goals for Tres Leches, Irene wants it to become a destination restaurant for foodies, bloggers, and critics.  Irene’s concern is that many bloggers only visit the same handful of restaurants for their regular food rotation and leave Tres Leches out of the equation.  Even before Irene developed the Tres Leches concept, she was a foodie herself and followed all the major food bloggers.  In the 5 years that Tres Leches has been open, she said many of them haven’t even tried it yet.  With Sean’s extensive resume, Irene knows that they are putting out a superior product with excellent service and she is ready for Tres Leches to be recognized for that.  “Sean is so humble, he doesn’t even tell people about his qualifications.  But he deserves people to come here to try his food,” Irene said.  Also in the works for Tres Leches is a dessert shop for Irene to sell her traditional Spanish fare. 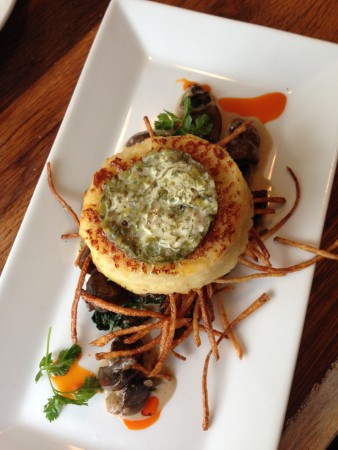 There are a lot of amazing qualities packed into this tiny restaurant to make it a can’t miss in the Jacksonville culinary scene.  Irene and Sean put their hearts and souls into the food and atmosphere and it brilliantly reflects into the guest experience.  Tres Leches is not only a restaurant to go eat at, it’s a tiny family that lets you experience their passion every step of the way.  Join the family for our Taste of Spain Food Adventure and experience it for yourself.