A while back we heard that Siena’s Italian Cuisine makes their own pasta in house. Intrigued, but not quite believing it, we contacted them anonymously to inquire whether or not they do in fact make their own pasta. Their reply was simple, “Why yes we do.” Still not buying it, we put Siena’s on our list of restaurants to visit and made no real plans to go. Our assumption was with plenty of small mediocre Italian restaurants in town, Siena’s couldn’t be anything special. Boy were we wrong.

With just over a dozen tables, Siena’s is just a little neighborhood Italian spot in the Publix shopping center on Atlantic and Hodges. The night we were there they had one waitress for the entire restaurant with the hostess helping out. The restaurant was consistently about half way full the entire time we were there, and there were a number of to go orders continuously being picked up. The restaurant is clean with butcher paper topped table cloths, linen napkins, and tasteful decor of wine racks and black and white photography. 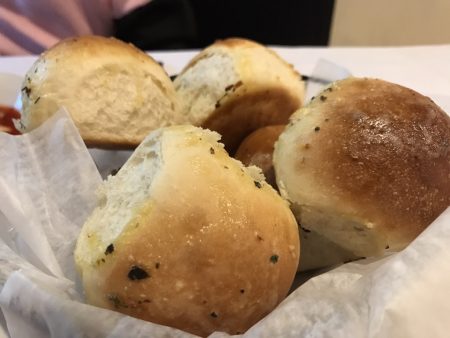 Doubters as we were, we asked the waitress before ordering if the pasta was made in house and she was proud to tell us that everything is made from scratch. We started with a side salad with basil vinaigrette ($2.99), mozzarella sticks ($6.99), and meatballs ($7.99). A personal pet peeve of mine is when a restaurant does not offer any salad dressings made in house. Salad dressing is the easiest thing to make from scratch and to me it shows a lack of care when restaurants only serve the bottled stuff. Siena’s makes a basil vinaigrette, which I thought was not only interesting and thoughtful, it was one of the better salad dressings I have ever had. It had an excellent flavor, but it wasn’t overpowering. It was a perfect salad dressing for an Italian restaurant. The salad that came with the vinaigrette was nice and fresh with various lettuces, and freshly chopped vegetables. When we saw the mozzarella sticks we knew we were in for a treat. They were just barely not uniform enough that we knew they were hand cut, breaded, and fried. If you are accustomed to having factory made frozen cheese sticks, do yourself a favor and go eat these babies. The difference is night and day. The quality of cheese and the freshness provide a completely different fried cheese experience. The house marinara sauce that came with the mozzarella sticks was a little too sweet for me, but both of my dining mates enjoyed it. The cheese sticks didn’t need sauce anyway. The meatballs were nice and big and meaty. We noticed the lack of “fillers” in the meatball. The marinara sauce they were covered in was the same sauce that came with the mozzarella sticks, but for whatever reason it did not taste as sweet with the meatballs. This had nothing to do with the sauce itself, but with the flavors that were with it in the mozzarella sticks and the meatballs. 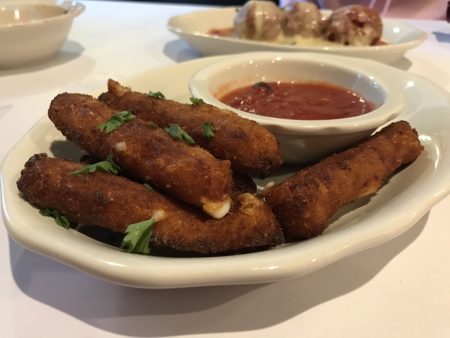 For our meals we had a Cheese Calzone ($6.99), Eggplant Parmesan Pasta ($12.99), and Penne Alla Carbonara ($12.99 + $3.99 to add chicken). A cheese calzone is admittedly a pretty straightforward choice. This one was great with a nice, fresh dough- crispy on the outside and full of gooey cheeses on the inside. The eggplant parmesan was a hit. It’s a dish that when not done right can end up soggy or lacking any real depth, but the folks at Siena’s really made it shine. The eggplant had tons of flavor and the dish overall had texture so you could really taste what you were eating. The eggplant parmesan pasta came with angel hair, which is a pasta I do not enjoy at all. However, I did not request a different kind when ordering. I wanted to let the dish come how it is typically made at Siena’s so I could experience it. The thing I don’t like about typical angel hair pasta is it practically disintegrates in your mouth and there is almost no chewing involved. The angel hair at Siena’s had plenty of body and was enjoyable to eat. I highly recommend the eggplant parmesan at Siena’s. The other entree was the Penne Alla Carbonara. This is penne pasta with applewood smoked bacon and onions in alfredo sauce. The menu gives the option of adding chicken or shrimp; we went with chicken. This dish was another home run. The rich sauce with the smoky bacon and pasta that could hold its own was divine. We examined the penne to see if it REALLY was made in house. Like the mozzarella sticks, the penne was just barely not quite uniform enough to be factory made. 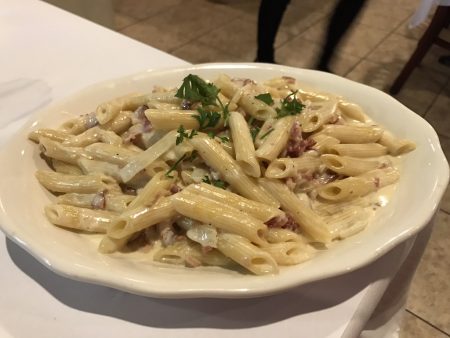 With just one waitress it took an annoyingly lengthy amount of time for us to get our drinks, but that was the only slow part of our dinner. The food came quicker than we expected, with salads coming out within minutes, appetizers following shortly, and entrées not long after that.

Nothing about our meal was avant garde. Everything we ate was typical fare for a basic Italian restaurant. But nothing about our meal was basic. We truly expected to be disappointed by another mediocre Jacksonville Italian place and we had the opposite experience. Everything we ate was absolutely delicious. Overall we were impressed with the quality and portion sizes at Siena’s. If you’re looking for a romantic evening out, this may not be the place due to the small staff that is spread pretty thin. But if you’re looking for excellent Italian food at a great value you would be crazy not to give Siena’s a try. 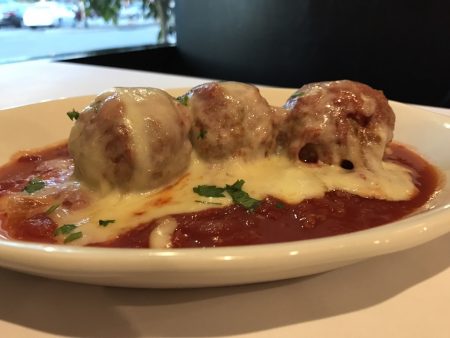