The wave of gourmet doughnuts reached Jacksonville in 2017 with several new donut purveyors popping up and the good people of Jacksonville coming out of the woodwork to enjoy them. Good Dough arguably built the most anticipation with their sell out pop ups last winter and strong social media presence. There simply weren’t enough donuts to go around and people were driving across town at the drop of an instagram pop up post to put the sweet, gluten-y goodness in their mouths.

Good Dough opened in San Marco at the end of April to lines around the block. People waited over an hour for the much sought-after donuts. Those who didn’t wait in the hot morning sun wondered what the draw was, or perhaps if it was worth it? 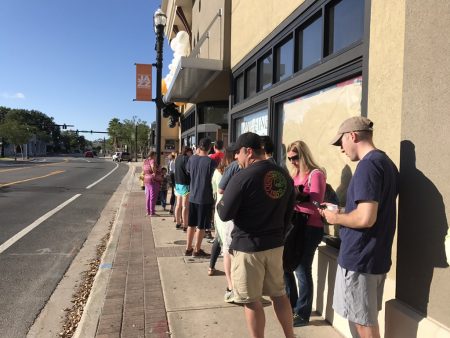 We went one day about a week after they opened. We tried a few donuts and the fried chicken doughwich ($6.50). The fried chicken doughwich was completely smooshed in the box, with the top donut “bun” stuck to the top of the box when we opened it. We peeled it off and reassembled the doughwich, but lost all of the icing in the process. The icings were runny and the donuts overall lacked flavor. We didn’t write about Good Dough then because they had just opened and were not able to keep up with demand. We decided to lay low and let the novelty wear off before we went back. 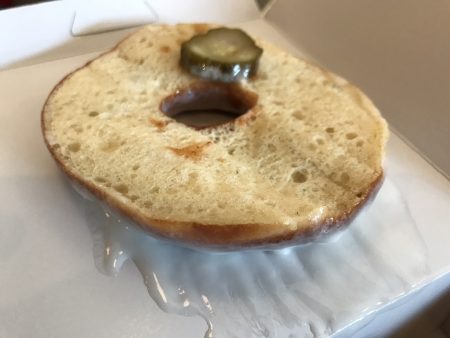 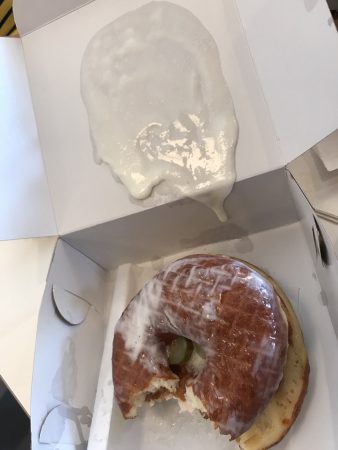 On a recent Saturday morning after many months we headed back to Good Dough. Despite the fall calendar, Jacksonville still had a heat index of about 100 degrees, probably much like the morning of Good Dough’s opening. Walking in, the draw is obvious. The interior is beautiful: clean, open space bathed in white, with new old-fashioned hexagon tiles, and the menu displayed on a new old-fashioned letter board, with sunlight streaming over all of it through a large picture glass window just beyond the community table. The donuts are laid out on the counter behind glass, like edible pieces of modern art. This is all very lovely, but also curated for perfect social media posts for millennials.

After four years of dining and writing, this is what we know about restaurants and authenticity: the ones where the concept and space are perfectly put together and executed are not usually the ones hitting culinary grand slams. The ones hitting culinary grand slams are not usually the ones with a perfectly curated concept and space. There are exceptions. There are the rare few restaurants where every piece fits together like a puzzle. Is Good Dough destined to be one of them? 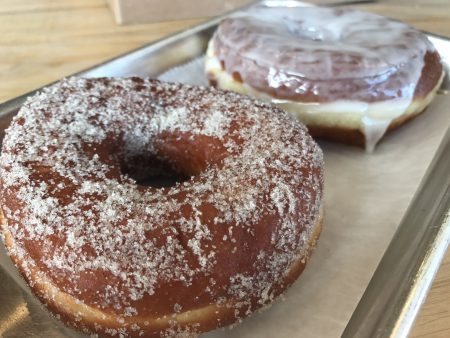 We tried an Apple Cider Old Fashioned, a Cardamom Sugar, an “Eleven” Maple Glaze with Stroopwafle, a Glazed Pumpkin Cake, and a S’mores Doughnut. There are two things to note with Good Dough’s donuts. One is the flavor, the other is the donut itself. On our early visit in the spring the flavors were hardly there. This time we experienced the flavors more. The Apple Cider Old Fashioned (finished with an apple chip) was an enjoyable fall experience. We weren’t impressed with the Cardamom Sugar. It was just a sugared raised doughnut. The other, mostly fall flavors we picked out were delicious and we could have identified them by taste had we not known each flavor ahead of time. Good Dough seems to be doing well with their flavors, and I am sure we will see exciting seasonal offerings as the months go by.

Beyond the flavors are the donuts themselves. Good Dough offers a variety of raised, old fashioned, and cake donuts. We were underwhelmed by every variety. When you eat a top notch donut you can tell in the texture, density, and flavor of the donut itself (not the flavor of the topping or filling). On this measure, all of the Good Dough donuts missed the mark. They weren’t terrible, they were just okay, nothing special. Believe it or not, there were and are excellent donuts in Jacksonville before Good Dough. If you’d like a comparison on the taste of a quality donut, try The Donut Shoppe in Arlington (bring cash and get there before 10am) or Sweet Theory in Riverside. They are different concepts both from each other and from Good Dough, but they offer fairly mind blowing donuts. Theirs are what donuts taste like when the flavor is in addition to the concept, not the whole concept itself. 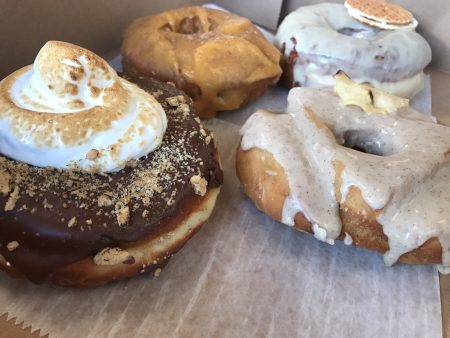 Good Dough’s donuts were just that: good. Are they worth the 20+ minute drive, the $2.50+ price point, and the inevitable circling around the block because their parking lot is full? They weren’t that good.

Good Dough has all the flavors you can want, but I’m waiting on the goodness of a tried and true donut that can hold its own. It’s clear that gourmet donuts are the future of donuts. I just hope the traditional deliciousness of donuts doesn’t get lost along the way. 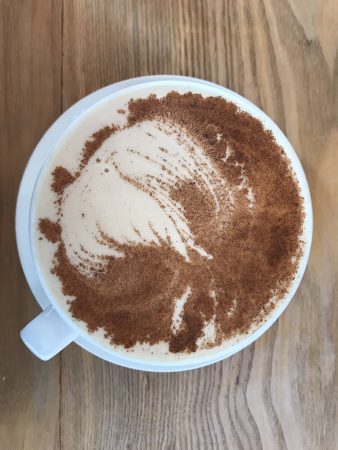