Editors Note: This restaurant is closed.

Chef Ace French formerly of Two Dude’s Seafood and Copper Tap House has opened up a new burger joint on Mayport road. Ketchup The Restaurant is a canine friendly burgers and dogs spot with creative chef designed fare. An outdoor patio is available where you can sit with your four legged friend. While inside, picnic benches and surf boards offer a decidedly laid back and beachy theme. Dogs are served their food on plates while humans get theirs in dog bowls. Dogs actually eat free. When you walk in Ketchup The Restaurant you order at the front counter. You’re then given a number and seat yourself. After that your order is brought out to you and you chow down. 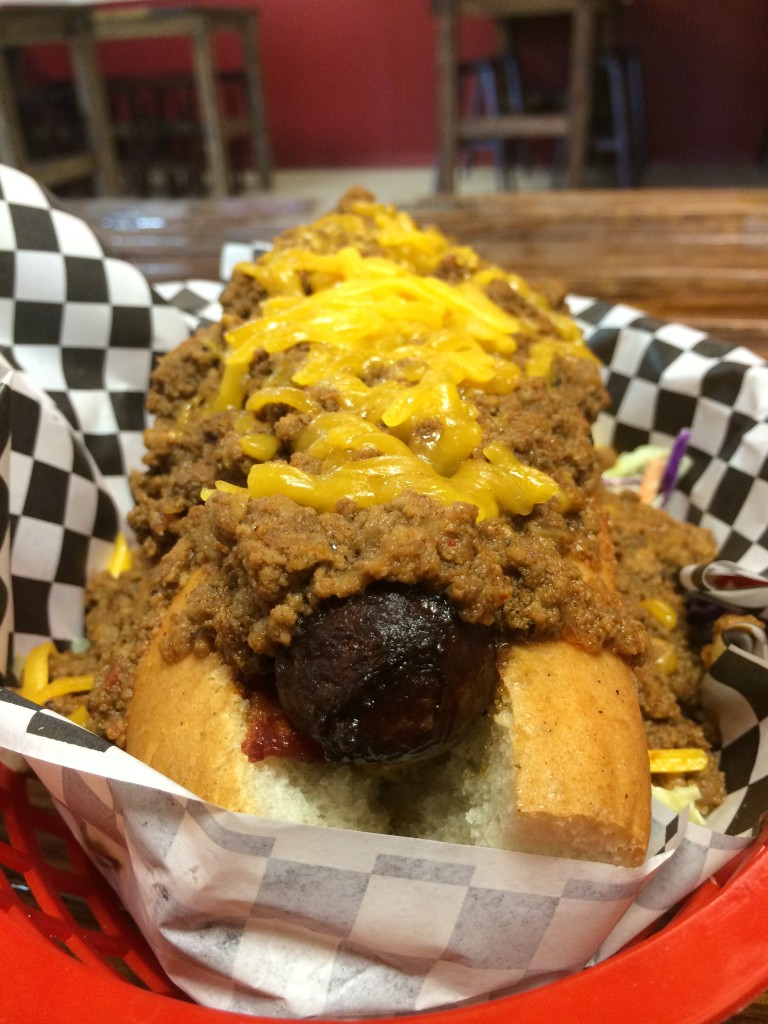 We tried two burgers and a hot dog. Each came with a choice of fries, onion straws, cole slaw, or a salad. The first burger we tried was the Aixa burger($11)- poached pear, smokey pancetta, triple cream brie-. The burger patty at Ketchup is a large thin flat patty. Think Wendy’s but larger since they’re a half pound. The patty itself is one of the worst we’ve had in Jax. It was bland, not juicy, generally boring. It came topped with poached pears, brie cheese and pancetta. The brie was nice and creamy. Thumbs up for that. The pears didn’t seem like anything more than typical canned pears. I’d hope they don’t use canned pears (they probably don’t.) Even if they weren’t canned they were nothing special. The pancetta was hard to chew but had decent flavor. The bun was nothing remarkable. 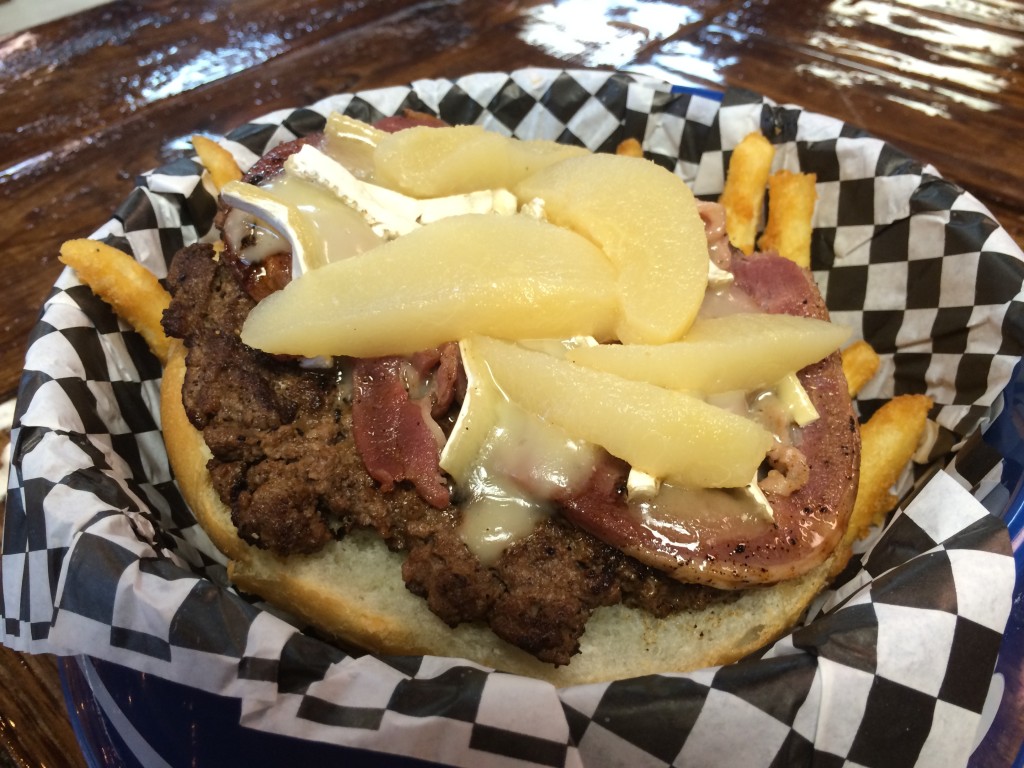 The other burger we tried was The Mayport($13)- fried shrimp, Atlantic Beach aioli and melted jack cheese. We give them credit for using local Mayport shrimp. The shrimp were large and the aioli they were tossed in was tasty. Again though the burger suffered from a lousy hamburger patty. We should also point out the buns were really nothing to write home about. Not bad, not good. The meals came out served in dog bowls with the burgers stacked on top of the fries. This might be the most unappetizing presentation I’ve seen in a long time. The fries were breaded in a light breading then fried. We weren’t fans of the breading and the fries weren’t all that crispy either. It would have been nice to just have some simple hand cut fries. 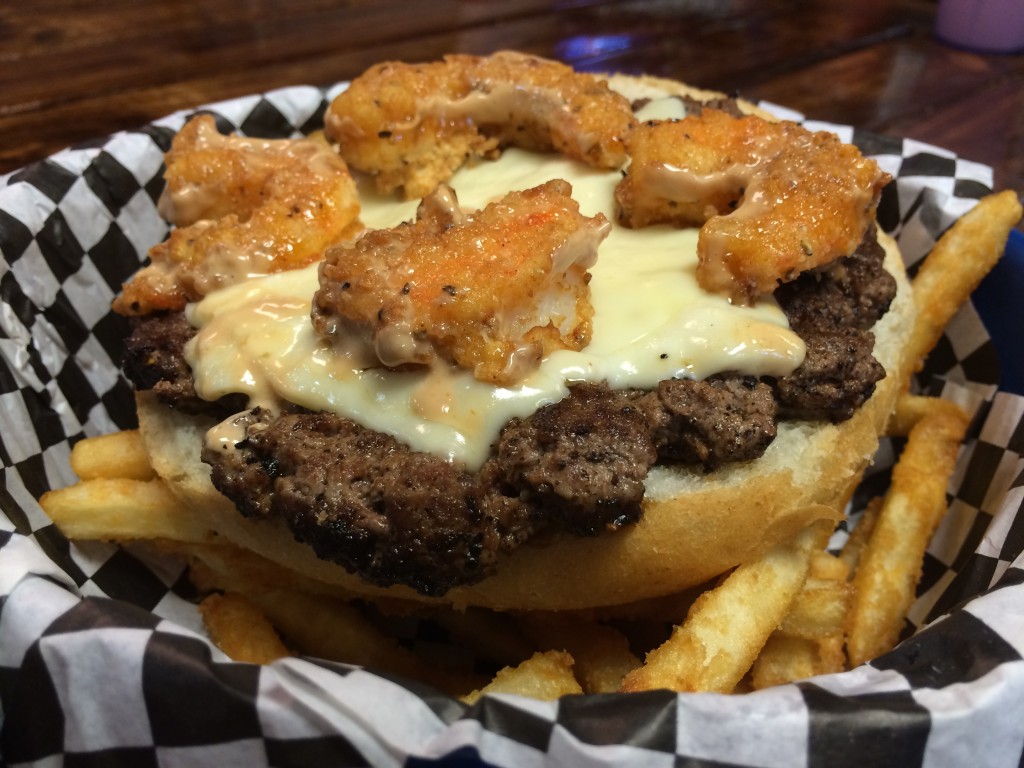 Last we tried The Mayhem hot dog($11)-hot dog wrapped in Applewood smoked bacon, chili, fried jalapenos, and shredded cheese. First off there definitely weren’t any fried jalapenos on the dog. They must have forgotten to put them on. The chili on top of the dog was some of the worst we’ve had. The dog was basically covered with what amounted to finely ground beef. It lacked flavor and even the texture wasn’t pleasing. You’d think a hamburger joint could at least put together a decent chili. The dog itself was actually pretty good but the chili was so bad the quality of the hot dog couldn’t make up for it. 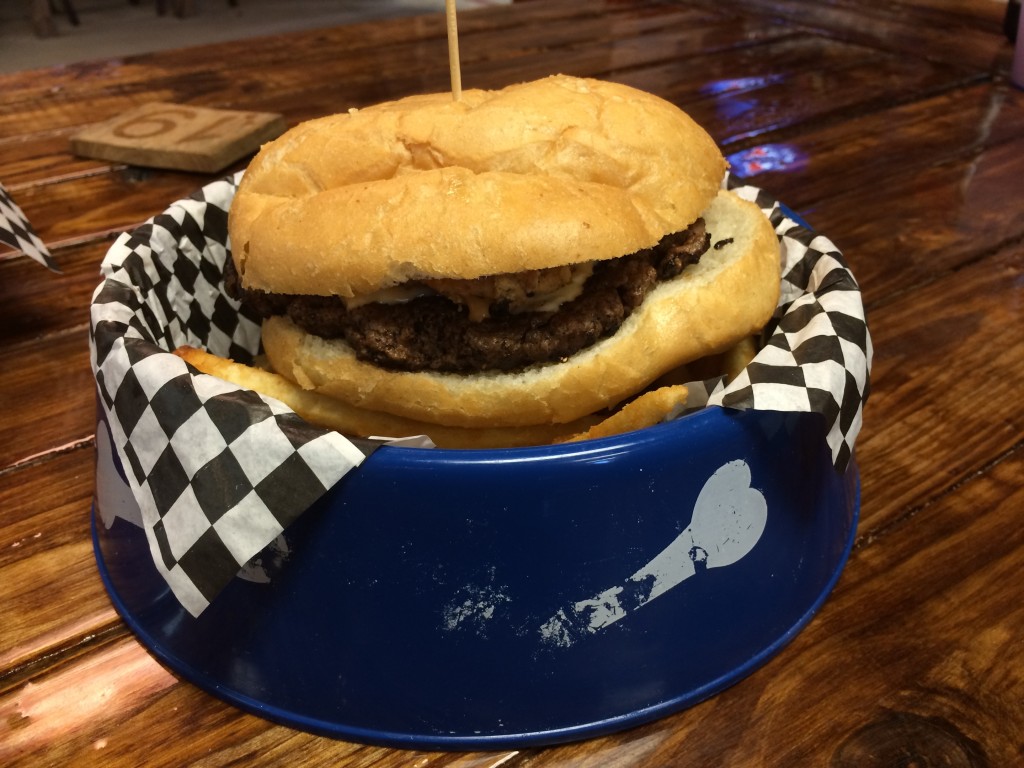 The service at Ketchup The Restaurant was actually pretty good while we were there. The girls at the front counter where you order were very friendly and did a great job of making us feel comfortable and explaining the menu. When we tried to order two burgers and a dog between the two of us they stopped us to explain that it’s probably too much food. I appreciate that as if we weren’t ordering all of that food in order to do a review we’d have been annoyed with ourselves that we ordered too much. The food came out in 5 minutes or less. 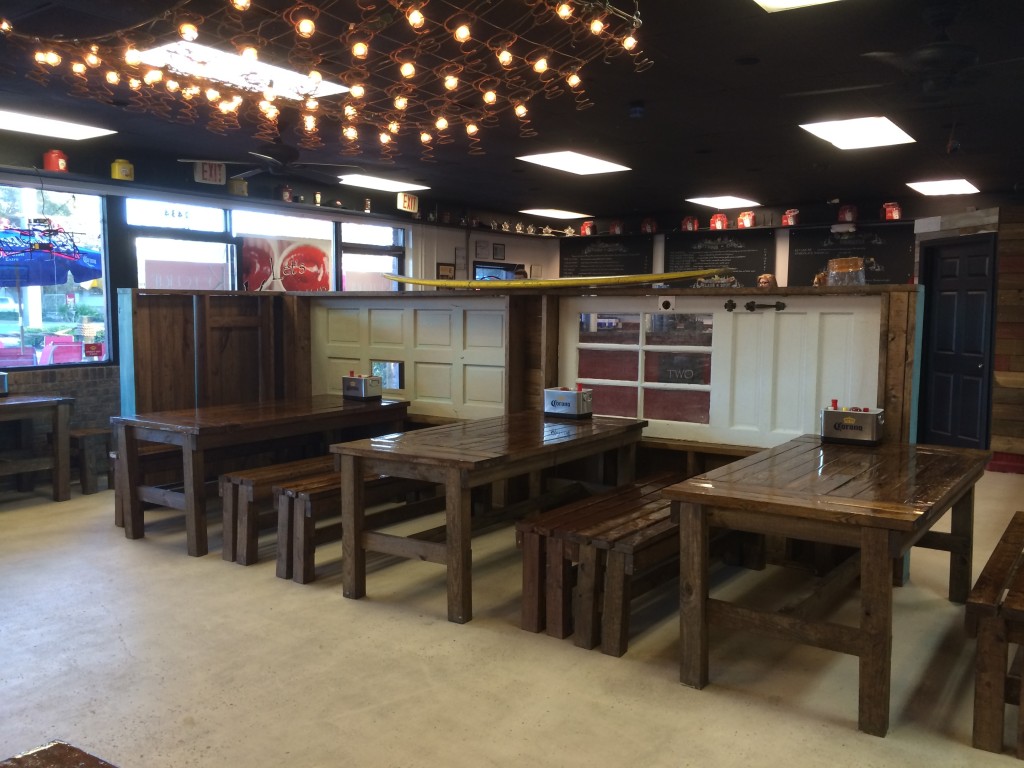 Unfortunately, we can’t recommend Ketchup. Frankly we’d recommend Wendy’s over Ketchup. The burger is juicier at Wendy’s and the fries are much better. Not to mention the Chili at Wendy’s blows Ketchup’s away! Don’t even get me started on the pricing….. We really had high hopes but bad burgers, bad fries and awful chili will keep us heading in the other direction. 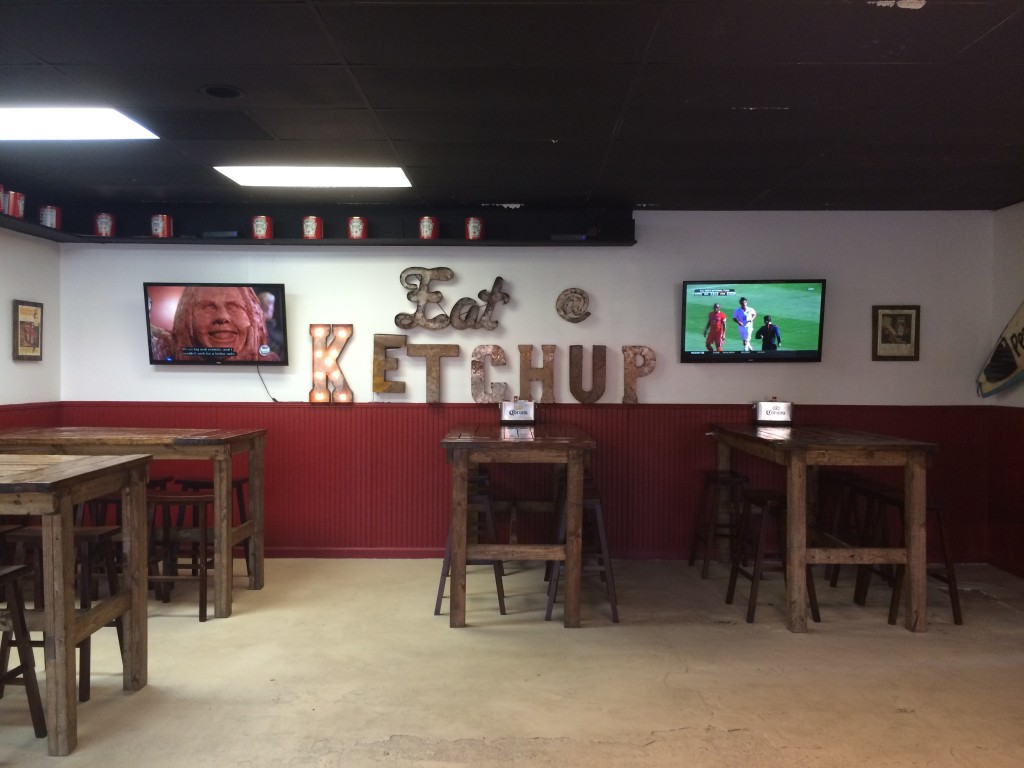