Fusion food truck is relatively new to the Jax food truck scene. They debuted just a few months ago and have taken the Jax food truck scene by storm. They have a big, sleek, black truck with their logo in orange on the side. They proudly display that Fusion’s chef Ashley Amin was named best Indian chef in 2009 in San Diego. Indian is one genre of food with very little representation in Jax and Fusion seems to have done a nice job filling the void. 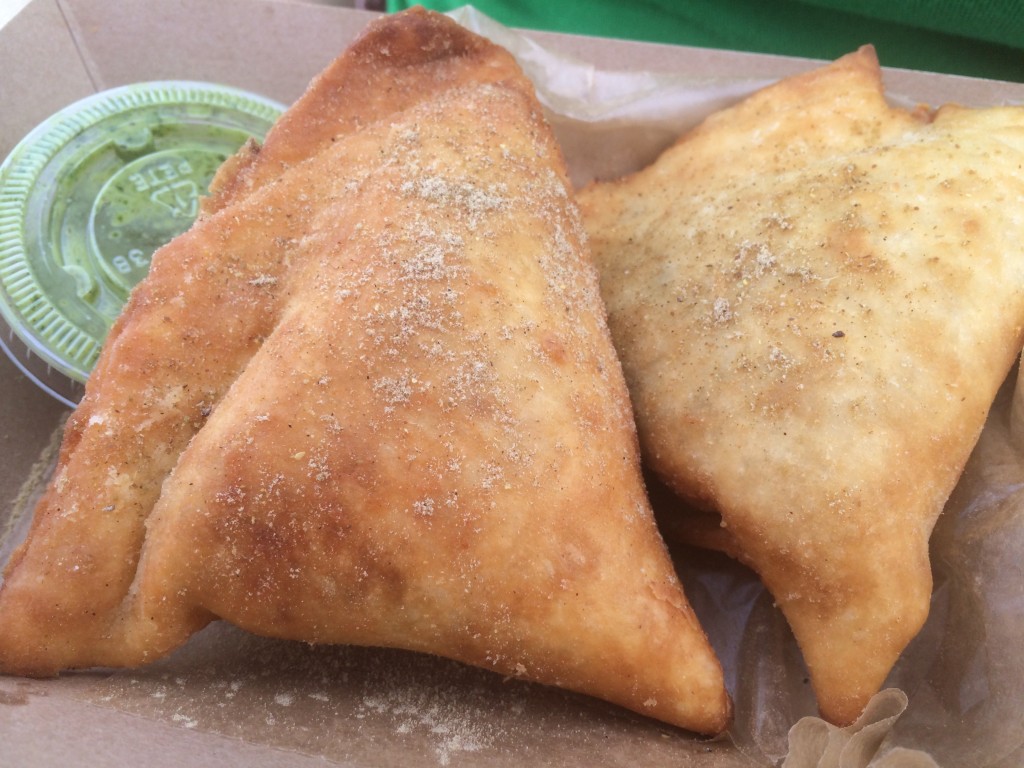 Food: Twice now we’ve had a chance to sample Fusion’s food. So far we’ve tried the chicken tikka masala, drunken noodles, and samosas. Chicken tikka masala is a common Indian dish you will find on every Indian menu in America. This chicken tikka masala was perfect. Each component was exactly right. Sticky white rice was topped with tender chicken covered in no shortage of zingy orange masala sauce all served with a side of warm grilled pita to scoop it all up with. Mmmmm. I can’t explain this, but it just tasted like it was made with love. Really and truly! Maybe it was just made with great care and that came across in my meal. If you love Indian food you will not be disappointed with this dish. If you’re new to Indian food this is the perfect place to start. The next dish we tried was the drunken noodles. I actually consulted google about the origin of drunken noodles. While they are delicious, I couldn’t place exactly where they are from. It turns out there is a good reason for that. Wikipedia says drunken noodles are from Laos and Thailand, influenced by the Chinese populations in those countries. So there you go. At any rate, drunken noodles seem to be a true fusion dish. Fusion food truck’s drunken noodles is a noodle bowl of wide, flat noodles, chicken, veggies, and sauce. When I was able to attain the ever elusive bite-of-every-flavor, the dish was awesome. The flavors just worked. I was in carb heaven. A lot of my noodles were sticking together, though, so the bites I got of just noodle or noodle and veggie were underwhelming. What I really wanted was the dish to be drowning in the sauce. I guess it’s the redneck in me that desires this since we tend to fry everything or drown it in gravy. As it was, it was good but just not my cup of tea I guess, especially after my awesome chicken tikka masala. When we visited on this occasion 5 of us tried this dish and everyone had the same reaction to it. It was also everyone’s first time trying drunken noodles so maybe the dish is intended to be presented a little drier than we’re used to. The last item we tried from Fusion were the Samosas. Every culture seems to have their version of a meat pie and Samosas are the Indian version. These are similar to empanadas. They are deep fried savory pastries filled with meat and veggies. The samosas had just enough spice to add to the flavor without being too spicy for those who are sensitive. They came with a nice spicy green sauce for dipping. We thoroughly enjoyed these. You could clearly taste the meat and the veggies. Too often you find meat pastries that get far too much dough and not nearly enough filling. Fusion doesn’t slack on the filling which is a huge plus. I would say the samosas are not to be missed. Plus they’re easy to eat while standing around at a food truck rally. 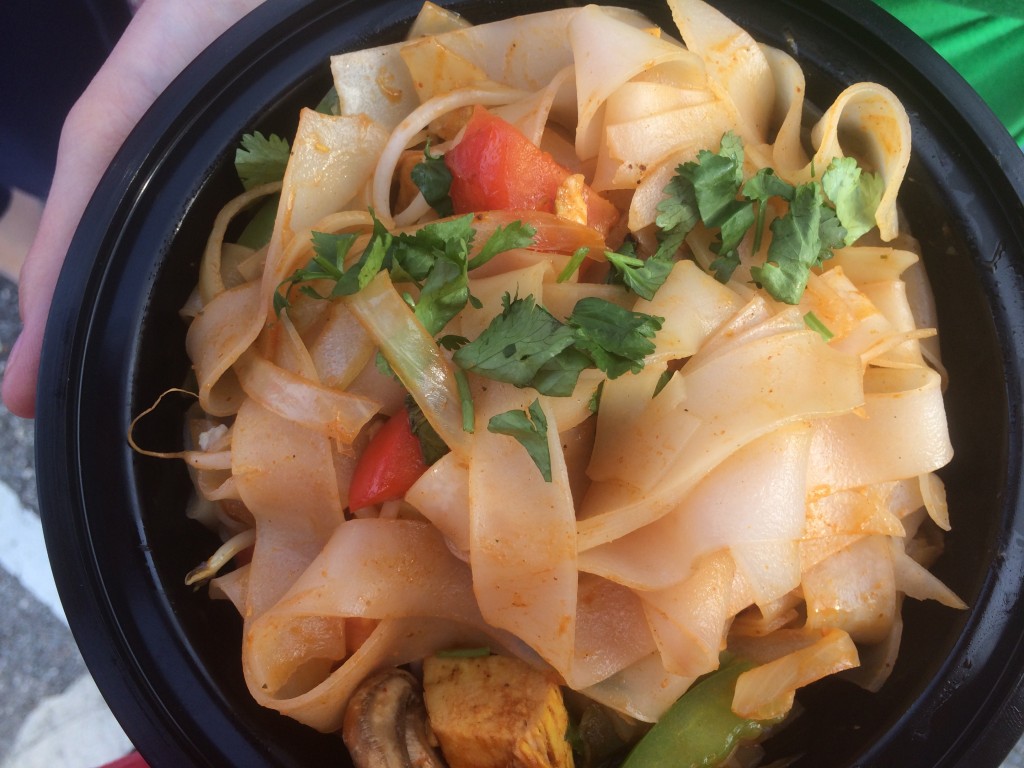 Service: Fusion seems to take orders really quickly but the food definitely takes time to make. We’d say expect to wait about 10 minutes for your food. While 10 minutes feels like quite a while when you’re standing in front of a food truck waiting we all have to remember that restaurant quality dishes takes time. We think 10 minutes seems reasonable for the quality of food Fusion is putting out.

From the lines we’ve seen at Fusion relative to other trucks at rally’s it looks like Fusion seems to be growing into a favorite on the food truck scene. We recommend you check ‘em out when you get the chance.