Recently we got an invite from a new middle eastern restaurant, Ariana Kabob, located in a tiny shopping center on Atlantic Boulevard near St. John’s Bluff road.  The restaurant itself definitely qualifies as a “hole in the wall” with only a handful of tables and just the owners serving and cooking.  Ariana’s specialty is Afghani food, but also has a nice fusion of Greek, Turkish, and Pakistani influences. 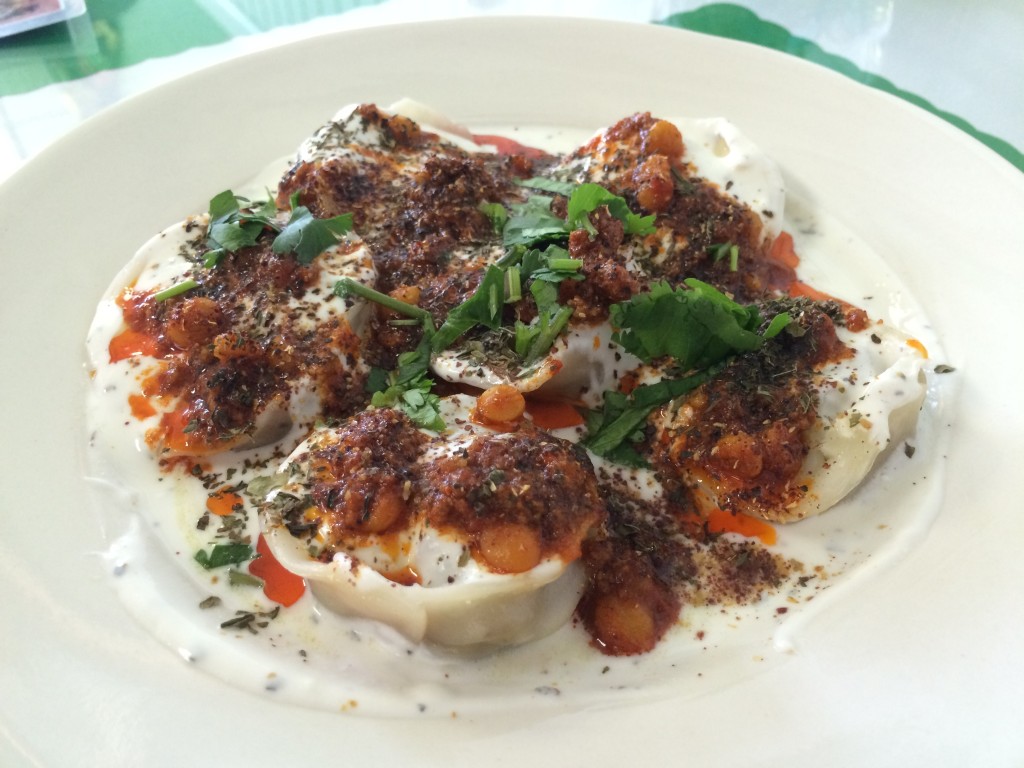 We were greeted warmly by the owner, Younus, when we arrived.  After just a few minutes of conversation it became evident that his passion for his restaurant is his life.  He was thrilled to show us the menu, explain the food, and repeatedly complimented Nahida, his wife, on her creation of the menu.  She had been featured previously in a magazine for her culinary achievements, which Younus has proudly displayed at the entrance of the restaurant.   Younus and Nahida prepared nothing short of a feast for us to try.  Like virtually all middle eastern restaurants all of the food that is prepared at Ariana is completely Halal, meaning that there is a very particular preparation process for all meats that are used within the restaurant which meets Islamic dietary standards. 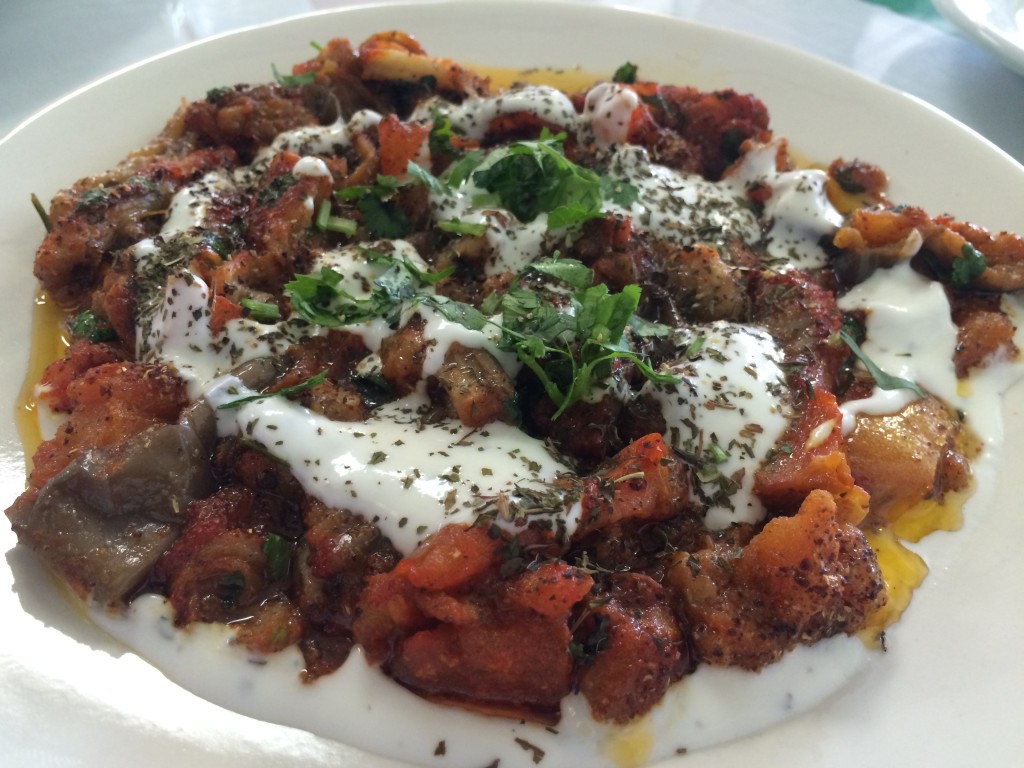 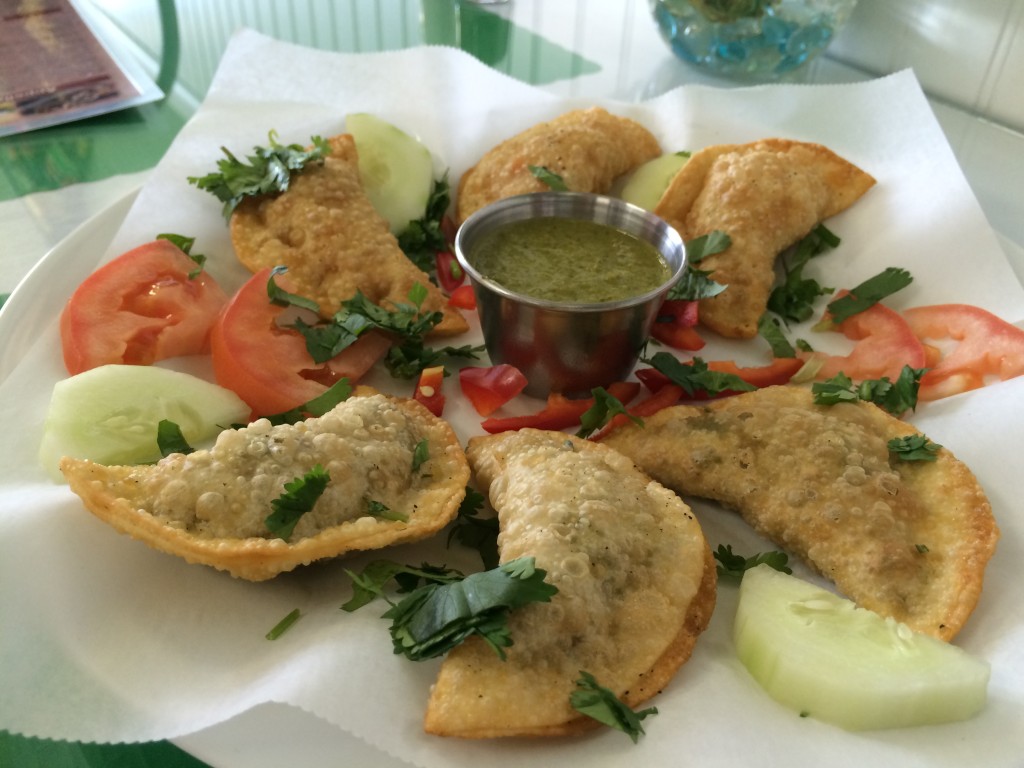 To begin our meal, Younus brought us three appetizers to sample.  The first was Mantu ($9.99), which are tiny tender dumplings stuffed with meat and onions and covered in a cool and tangy yogurt sauce with Afghani seasonings.  This is one of the most unique dishes we have had in a while.  The beef and onion filling is only lightly seasoned, and the dumplings are cooked so perfectly that they melt in your mouth.  The spicy Afghani seasonings on top blend perfectly with the cooling yogurt to create layers of flavor.  The Mantu is definitely a stand out appetizer and a must try.  Our next appetizer, the Banjan Borani ($6.99), will be a favorite of anyone who likes the flavor of eggplant parmesan.  The eggplant is sautéed until tender in a flavorful red sauce with peppers, then drizzled in yogurt and seasoning.  This could really be a meal of its own and is an excellent choice for vegetarians (or vegans if you take off the yogurt) in a heavily meat centric menu.  Again, the layers of flavor are fantastic.  The richness of the spicy tomato sauce is layered with the mild eggplant and those flavors mixed together make it very difficult to stop eating!  For our final appetizer we had a mixed sambosa plate with meat sambosas ($4.75) and vegetable sambosas ($4.75).  Both were delightfully crispy and stuffed full of their respective mixes so there is pastry and filling in every bite.  They were served with an addictive spicy jalapeno sauce that we also wound up dipping our kabobs in later. 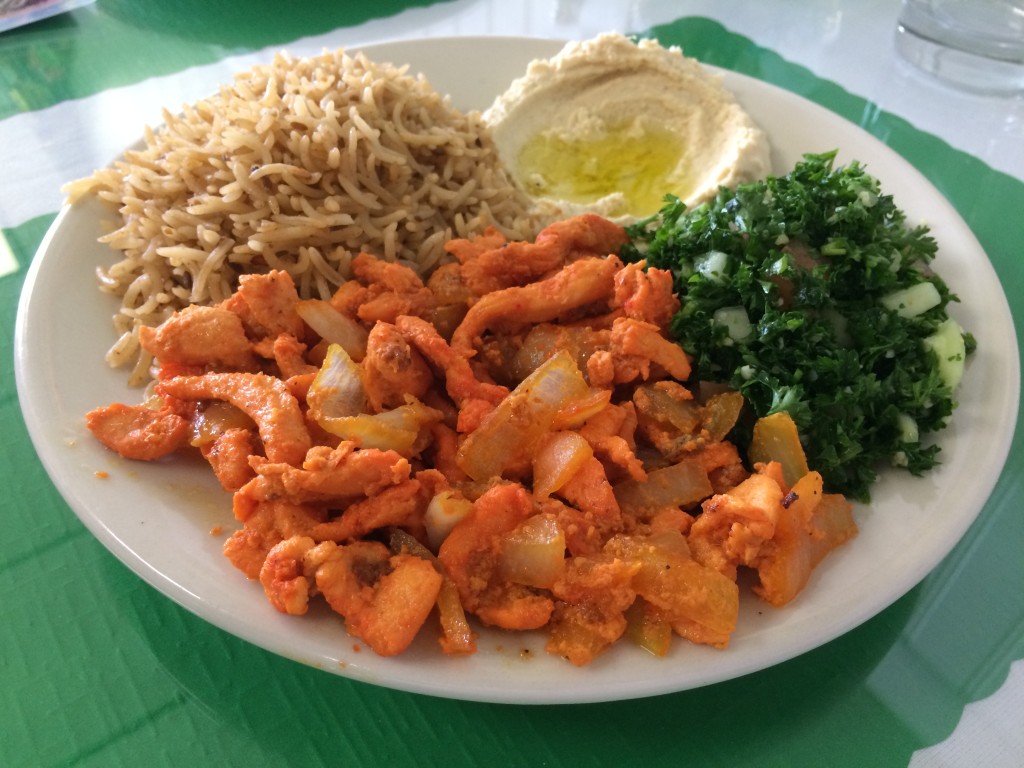 For entrees we were served three types of kabobs, two schwarmas, a carrot raisin salad, and their specialty chaplee kabob patty.  For the kabobs, we had chicken, lamb, and ground beef (kofta) ($14.75).  The kabobs were not our favorite.  The kabob meat was a little dry and difficult to remove from the kabob because of the lack of moisture. The schwarmas, however, were incredibly tender.  The lamb schwarma ($10.99) might just be some of the best lamb we’ve ever had.  Ariana uses an Afghani style preparation on schwarma which means it is small chunks of grilled meat versus the more familiar greek style of chipped meat from a skewer.  Ariana marinates their meat for two days and the flavor vividly reflects that.  The lamb and chicken were both richly seasoned but not so much that it covered up the natural flavor of the meat.   If you love or even like lamb, this is going to be the dish you will enjoy.  The chaplee kabob ($10.99) is something completely unique to Ariana and we fell in love with it.  It is a flattened ground beef patty mixed with Afghani herbs and spices.  It has roughly the texture of a turkey burger and with every bite you can see the fresh herbs blended into the patty.  It is available as a hamburger or cheeseburger as well, and in that form we think it ranks as one of the best burgers in town.  Our final entrée, the carrot raisin salad (qabili palau on the menu, $10.75) is really something special.  Ariana brings in a special basmati rice from New York to use in this salad.  Younus explained that while the rice is not cheap, it adds a flavor profile that is unmatched.  We firmly agree.  Basmati rice is thicker and firmer, so it perfectly held up the carrots, raisins, and grilled chicken.  I don’t even care for carrots and I ate nearly half the plate.  This entrée is heavily seasoned so for those of you who like strong herbal flavors then this will be a favorite.  We also were served several sides with these entrees.  The tabouli was lemony and crisp, the hummus was a great compliment to the spices, and the spinach has an element of sweetness that makes it very unique.

We finished up with two desserts that were light and the perfect end to a rich meal.  The rice pudding ($4.50) is the texture of traditional rice pudding but uses rose water to provide a light slightly sweet flavor.  The ferny ($4.50) is like nothing we had ever eaten.  The closest I can compare the texture is almost to tapioca.  It is heavily flavored with rose water which makes for a crazy sensory experience.  The taste when the pudding dissolves in your mouth is exactly like the smell of fresh roses.  It is sweet and fresh and addictive.  If you are adventurous and like trying new things then this is a must order. 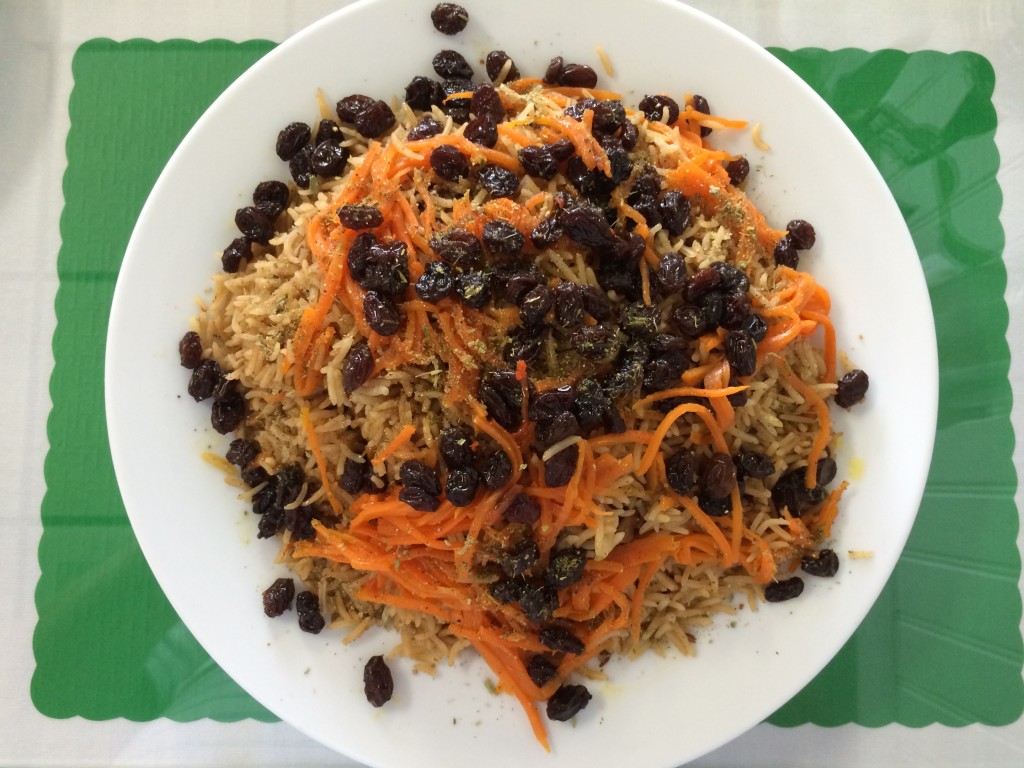 We can’t rave enough about Ariana.  If you try one new restaurant in Jacksonville this year then this needs to be it. Whether you are a Middle Eastern food pro or a novice, we know you’ll leave with a new favorite restaurant and an appreciation of Afghani cuisine.  Ariana is a one of a kind dining experience that Jacksonville is lucky to have.