St Mary’s Seafood and More is a brand new seafood restaurant located just off of 295 on Old St Augustine road in Mandarin. The restaurant just opened a couple months ago. This is their second location with their first being in St Mary’s Georgia, hence the name. To say they’ve been well received in Mandarin is an understatement. The place is absolutely packed and they’ve done zero advertising up to this point! They focus on fresh seafood served at affordable prices in a comfortable family dining environment. Expect a wait on Friday and Saturday nights. During the week you should be able to get in without a problem. 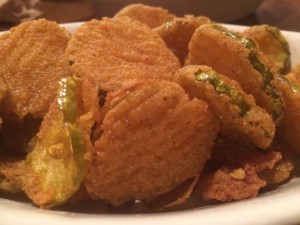 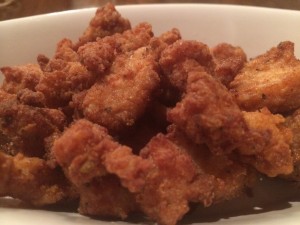 Food: We started off the meal with some fried pickles ($5.99). They came out as fried pickle chips. I find fried pickle chips are far better than the chunks or spears since with chunks or spears the batter never covers them evenly and you end up getting a bite or two that’s a mouthful of batter. These were good pickle chips. They were nice and crispy. They were also well seasoned and had about the right amount of salt. The next appetizer we tried ended up being my favorite item of the meal. I’m a big fan of fried gator tail when it’s done right. ($9.99) I’m also seriously annoyed and disappointed when I’m served bad gator tail. If it’s on the menu at a restaurant I feel obligated to order it. This gator tail might just be the best I’ve had in Jax. It was soft with just the right amount of crispiness. Normally the biggest problem with bad gator tail is that it’s too chewy or tough. This gator tail was amazingly tender! Everyone who tried it loved the flavor. If you like gator tail this is the one dish you should make sure not to miss at St Mary’s Seafood and more. 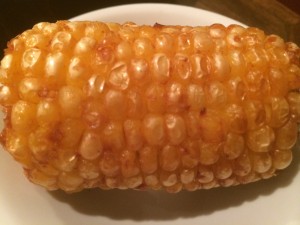 Next we tried the Buffalo wings. We ordered them medium. They were pretty typical buffalo wings. They weren’t bad but St. Mary’s does so many other things well that I’d probably try something else if I wasn’t specifically in the mood for buffalo wings. Next we sampled the crab bisque (cup $5.99, bowl $7.99). The waitress raved about it and swore it was her favorite. I wasn’t a huge fan of this one but it’s probably just personal preference. We also got a chance to sample the Shrimp and corn chowder ($5.99 cup, $7.99 bowl). It was Fantastic! The typical shrimp and corn chowder has little tiny shrimp in it. This shrimp and corn chowder had HUGE shrimp in it. This soup was the quality I’d expect to pay $10 for in a high end restaurant, then go tell all my friends they’ve gotta try it. 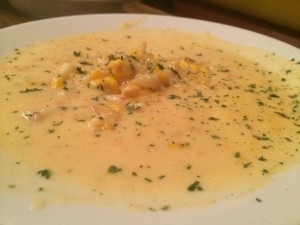 For entrees we tried the grilled tilapia ($12.99) and Mahi Mahi ($13.99). All entrees are served with 2 sides included. The grilled Tilapia was outstanding. The flavor was good and the spices they used were delicious. It was tender in the middle and nicely crisp on the edges. The Mahi Mahi on the other hand came out super fishy smelling and downright nasty. It was inedible. It very obviously wasn’t cooked correctly. I’ll cover how the management handled us bringing this to their attention in the service section. The last entrée we tried was the fried shrimp. It was very good and cooked perfectly. It’s fairly hard to screw up fried shrimp. The first side we tried was the Mac n cheese. It was a little overcooked and mushy. I’d choose a different side next time. The other side we tried was the green beans. These were simple and cooked correctly. I appreciate that they didn’t try to do too much with the green beans. I think people order them because they like the taste of green beans. A little seasoning and that should be about it. That’s how St Mary’s does it. I’d order them again. 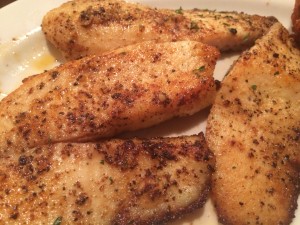 Service: When we walked in we were warmly greeted and immediately seated. We asked the waitress to tell us about the menu and you could tell from how she described everything that she was a raving fan of the food here. Our waitress was very attentive and on top of things. In addition to the waitress we saw the husband and wife owners more than once throughout the meal where they checked in to make sure we were happy with everything and that we were getting good service. One thing I appreciated beyond the standard checking in managers do at many restaurants was that they stopped in to spend a few minutes chatting and getting to know us a bit. I watched them do this with every table in the room. It’s pretty rare this day in age to see owners take such a keen interest in truly building a relationship with every guest. This is especially impressive in a restaurant as big and busy as St Mary’s Seafood. When asked if we were enjoying the food we mentioned the Mahi smelled and tasted very odd and fishy. The owner took the plate back to the kitchen to ask the chef about it. She came back, apologized profusely, and let us know they’re training a couple of new cooks one of whom didn’t cook this dish properly. She offered to replace it with whatever we wanted. The person who ordered was so full at this point from the mountains of food we’d already been served that she didn’t have room for a replacement. It was taken off the bill. Both owners made it a point to come back over and apologized again before we were done. They then delivered cheesecake dessert on the house. When the bill arrived they’d also took an additional 10% off the bill. There’s not a restaurant in America where mistakes don’t happen. If every restaurant handled mistakes the Way St Mary’s Seafood and More handles mistakes there might not be a need for reviewers like us. This is how we define great service. 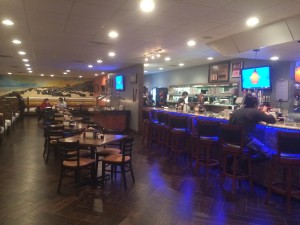 If you like seafood St Mary’s Seafood and More is one place you want to make sure you don’t miss. The pricing is fair and the portion size is generous. The gator tail is awesome! If they get something wrong they go out of their way to make it right. We couldn’t ask for more. 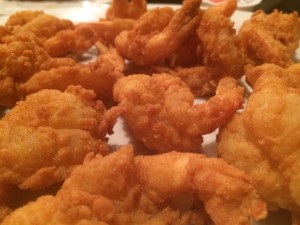 Please note: One of the owners is an acquaintance of mine and does know that I have a restaurant review site. With that said the food was not comped (we’ll always disclose if it was) and we took note that the tables around us were getting the same high quality service and interaction with the owners that we were afforded. We’d tell you if that wasn’t the case. 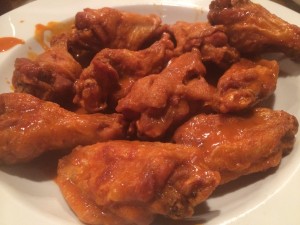 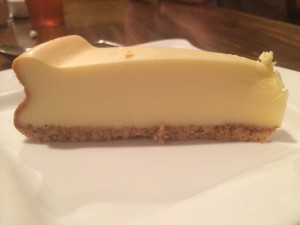