It’s been a couple of years since our first review of Sid & Linda’s Seafood Market and Restaurant.  Sid & Linda’s has a very loyal following among Jacksonville natives, but does it offer enough to win over this new Jacksonvill-ian (Jacksonville-ite? Jaxons?)?  Ever since moving to Jacksonville, I’ve been obsessed with seafood.  It’s like the ancient mythological Sirens are calling me from the Intercostal Waterway and telling me to eat at every seafood restaurant in town.  And like the sailors of old, I cannot resist their enchanting song…all to the detriment of my waistline.  So on this day, I once again heeded the Siren call and found myself crashing on the rocks of Sid & Linda’s Seafood Market and Restaurant. 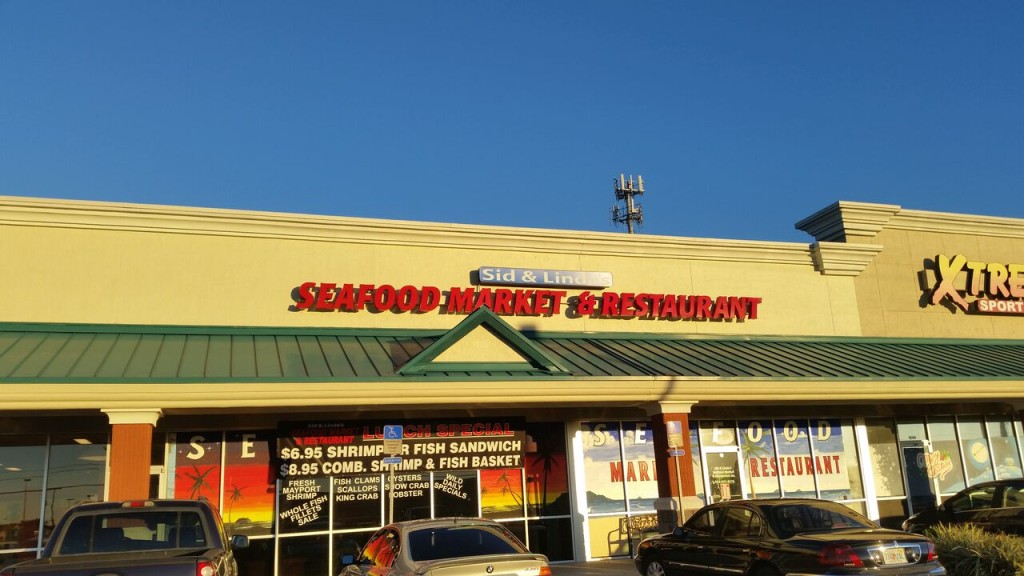 Because Sid & Linda’s operates as both a seafood market and a restaurant, it’s one of the few places in town where you can pick a fish from the display case and have it cooked to your liking.  It doesn’t get any fresher than a fish swimming in the ocean, minding its own business that morning, and then being caught, sold, and cooked by that night.  I took a walk through the market, and could see the freshness in the fish.  No overly fishy smell and bright, colorful eyes on the fish.  I didn’t order anything from the case, but it’s a great differentiator from the numerous seafood restaurants in Jacksonville. 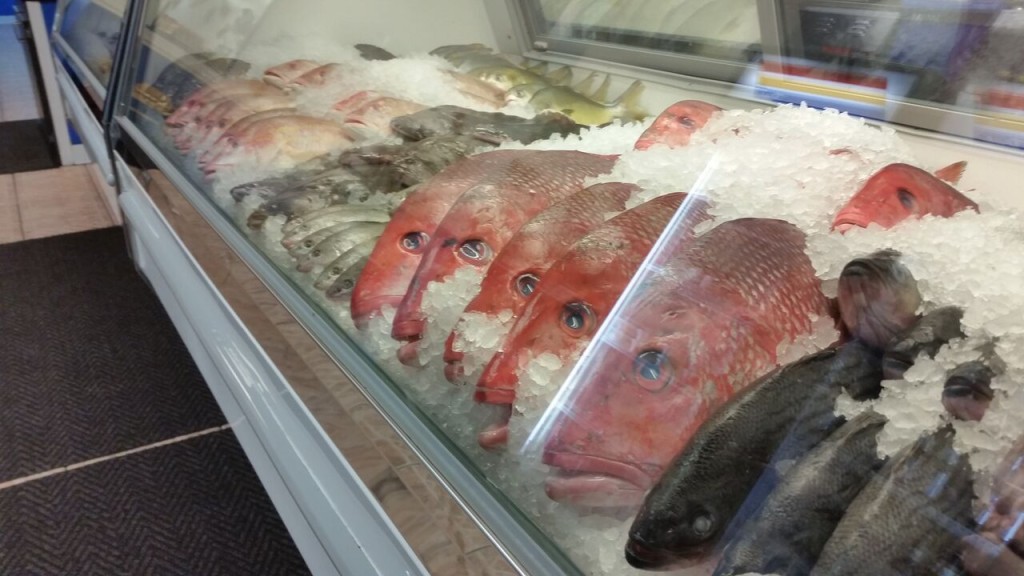 The interior decor of the restaurant is a fun and eclectic mix of trophy fish, bright colors, and beach themes.  The staff was friendly and courteous.  We were seated quickly, but the overall service after seating to check out was a bit on the slow side.  Nothing too slow as to be annoyed, but there were a few too many minutes between drink refills. 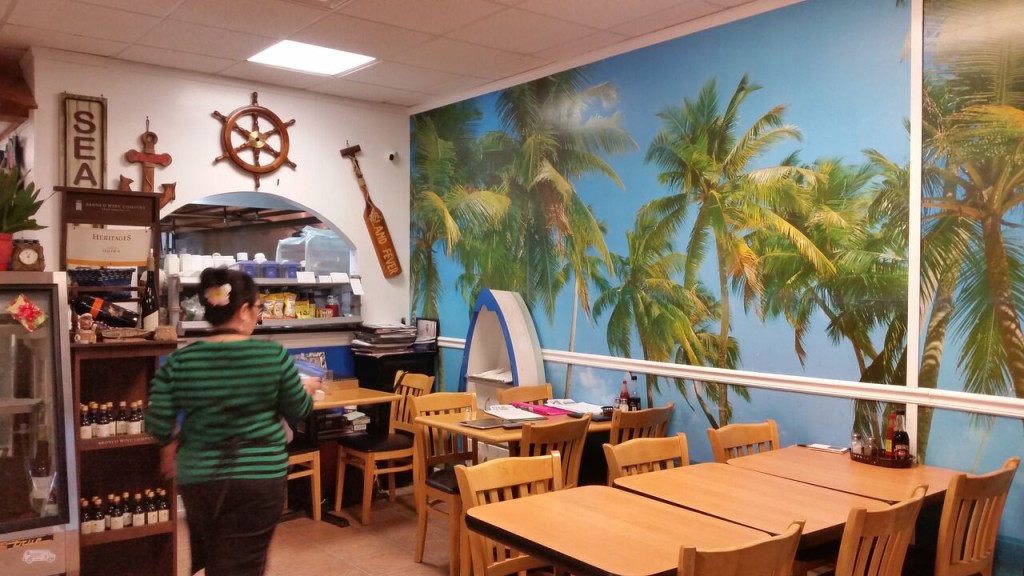 We perused the menu, which has your standard basket combination of up to three seafood choices with a choice of sides, hushpuppies, and coleslaw.  There were some other specials such as Hawaiian Glazed Mahi and Ginger Garlic Shrimp.  We both decided to go with the combo baskets.  For an appetizer, we decided to share a bowl of Savannah Crab Soup.  For the entrée, my dining partner decided to go with the two-item basket – Grilled Basa fish and Blackened Scallops with a side of hushpuppies, shrimp mac salad, and a spinach cake.  I went with the three-item basket – Fried Shrimp, Fried Soft Shell Crab, Blackened Scallops with the hushpuppies, coleslaw, and also a spinach cake. 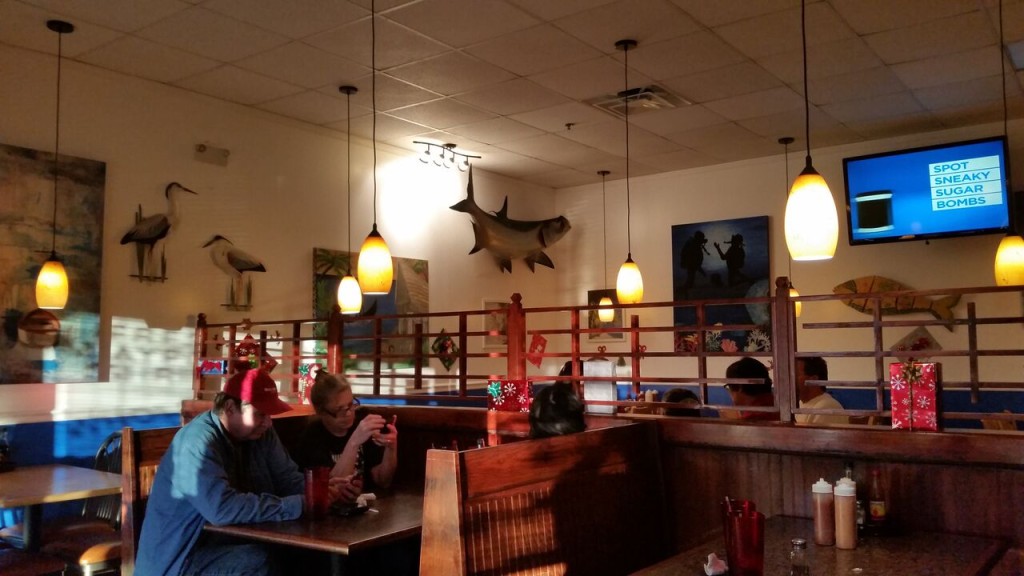 The Savannah Crab Soup tasted fantastic.  It had a great hearty crab taste.  It made me feel warm all over on a cold December day.  There were large chunks of sweet, tender crabmeat.  The soup’s texture, however, was not what I expected.  Not that it was bad, but for “soup,” it was a bit on the thick side for me.  I like my soups to be a bit thinner, with a smooth velvety mouth-feel.  The Savannah Crab Soup was thicker than a chowder, but just shy of dip-like thickness.  But for all of the textual issues I had, I would order it again because it tasted so great. 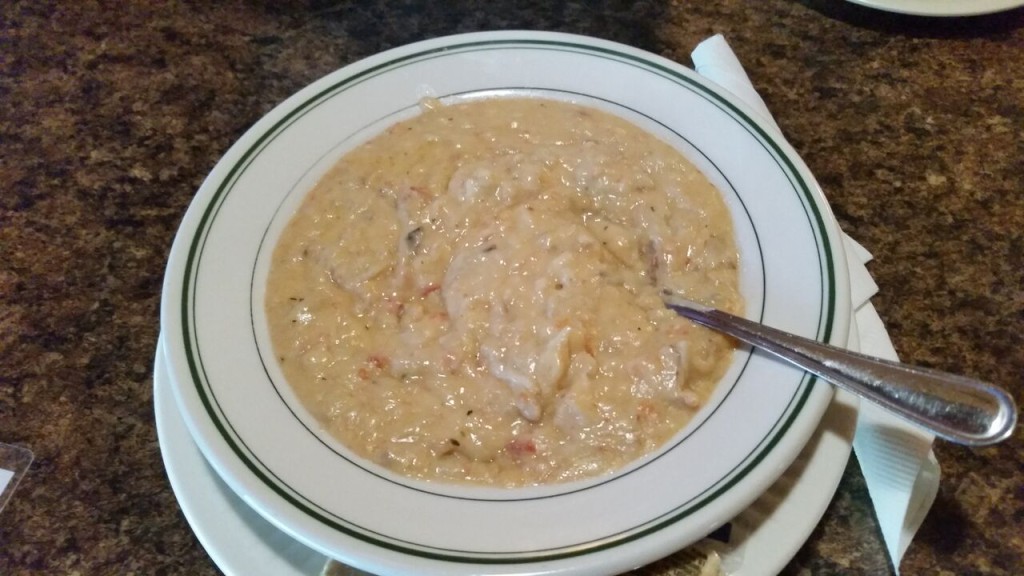 For the entrees, what intrigued me most were the sides of Spinach cake and Shrimp Mac salad.  I’ve never heard of them before and was eager to check it out.  The Spinach Cake was fantastic.  It was fresh, whole leaf spinach cooked inside of a corn meal cake and pan seared.  It was perfectly seasoned and the pan sear provided a great texture to the cake.  I could’ve eaten a half-dozen of those easy.  The Shrimp Mac salad was a basic macaroni salad found in any office or church potluck, with the addition of chopped shrimp.  It was a seafood twist on a classic side dish.  It was good, but I would take a double portion of the Spinach Cake over the Shrimp Mac salad any day.  The hushpuppies were crispy and made with a sweet cornbread recipe.  The coleslaw was also on the sweet side and not swimming in liquid, which I appreciate in a good coleslaw.

My dining partner and I both had Blackened Scallops with our combo basket meal.  Blackening anything is a tricky thing.  It can go from “blackened” to burnt in about half a second.  Our Blackened Scallops was kind of a mixed bag.  Some of the scallops were perfect, with a good char sear on the outside and blackening spices shining through to a tender and sweet middle.  Other scallops had the unmistakable bitter taste of burnt.  I don’t know if there were hotspots on the grill or if they put them on the grill at different times, but some scallops were beautiful, while others I was scraping the outsides like a piece of bread forgotten about in the toaster. 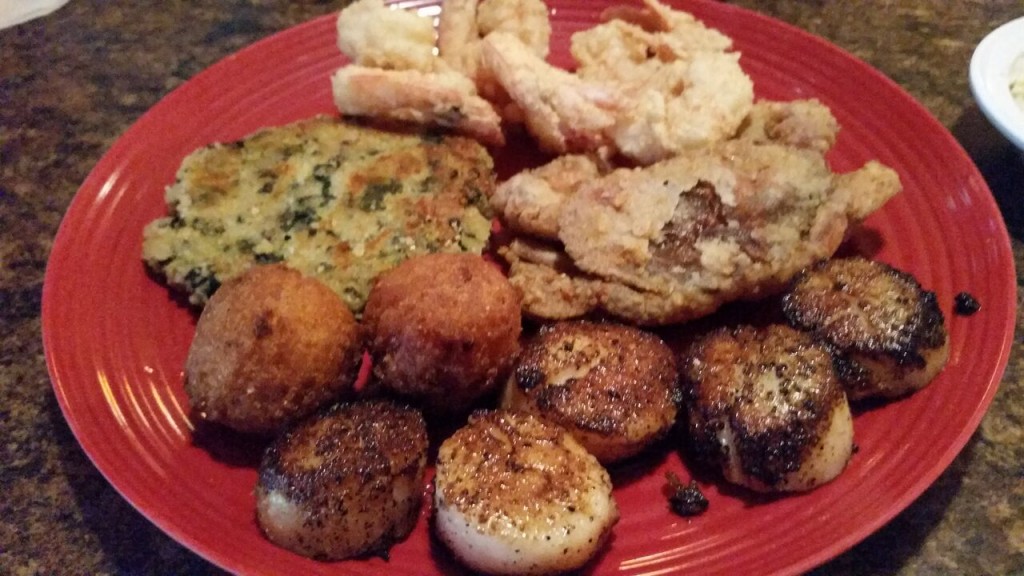 The grilled Basa fish was excellent.  It was blackened as well, but not burnt.  It’s a very mild tasting white fish – tender and flaky.  My soft shell crab was perfect.  I love soft shell crab; it satisfies my longing for that sweet, sweet shellfish without enduring the hard work of breaking legs and hoping I don’t fling a piece of it across the dining room.  It’s a perfect shellfish for lazy people.  It was fried, but not greasy.  It had a wonderful crunch.  And soft shell crab is just so darn fun to eat.  The fried shrimp was lightly breaded.  I hate getting fried shrimp and it looks big on the plate, only to bite into four inches of breading.  That was not the case with these shrimp.  They were large with just a very thin layer of breading for a nice crunch.

Overall, I was pleased with our visit to Sid & Linda’s.  They do basic seafood well.  Good prices, great atmosphere, great selection of seafood.  I would go again and probably order something from the market the next go around.  If you’re looking for decent seafood at good prices, it’s hard to go wrong with Sid & Linda’s. 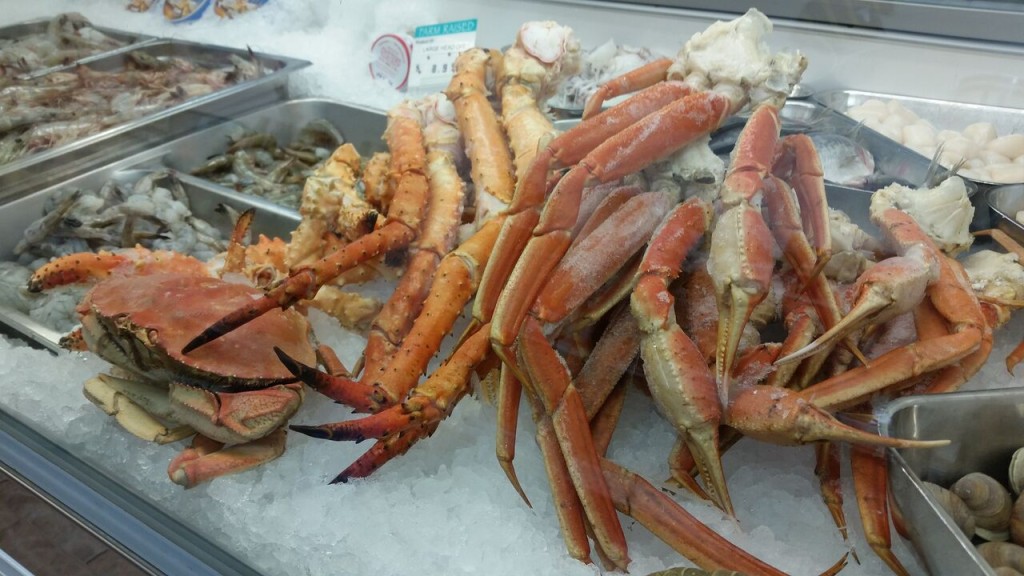