Ragtime was a visit we just happened to make after waiting 10 minutes to be acknowledged and giving up at a nearby food hut. We just wanted food and the “hanger”(adverb of hangry) was setting in. Ragtime is sort of an institution in Atlantic beach. I mean, it’s been there for a long time and everyone knows exactly what and where it is. But do you ever hear people raving about ragtime? Eh, not really. It’s been the better part of a decade since we’ve been to Ragtime. We have a fuzzy remembrance of a mediocre meal in a dingy restaurant. The reality is that Ragtime has been recently remodeled and is clean and beautiful with dark wood and shiny brass. Due to the split level nature of the space there is a lot of seating, but it all feels cozy. Ragtime is a tavern that actually reflects what a tavern should look and feel like, only cleaner. If all restaurants felt as inviting and comfortable as Ragtime I might never cook again. Have I mentioned it was clean? It really was very clean. 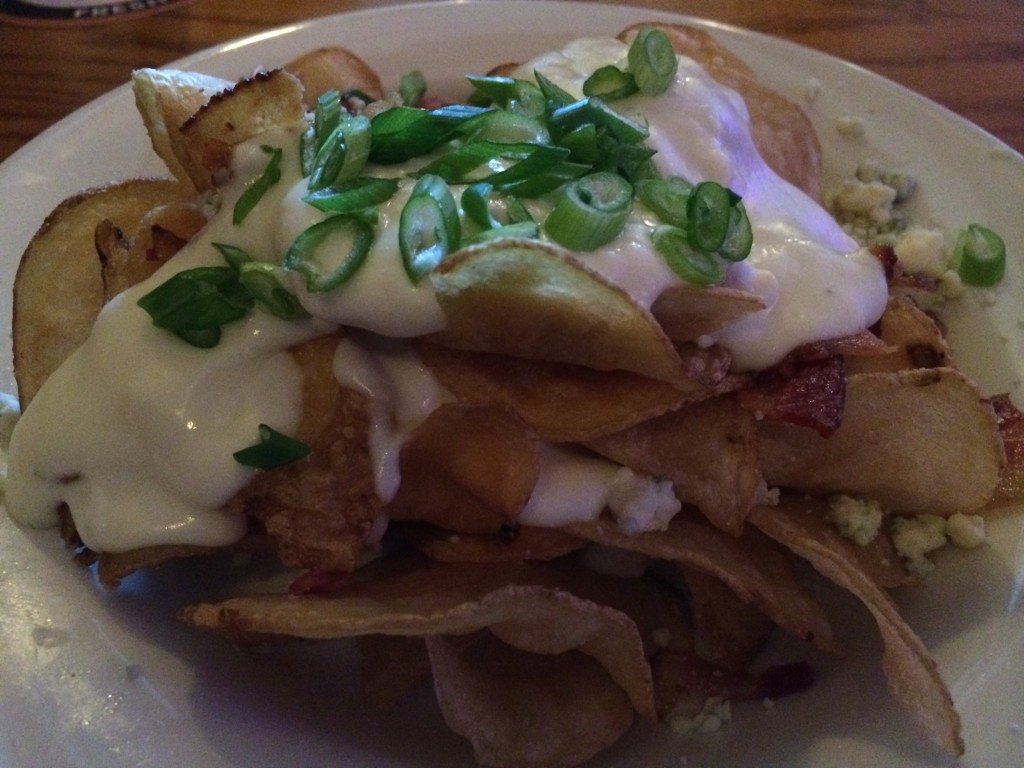 To start our meal we had swordfish bites and bacon and bleu cheese house chips. The swordfish bites were breaded and fried nugget sized pieces of swordfish. They came with lemon aioli to dip. They were pretty good. The lemon aioli was something different and semi exciting. It was similar to a tarter sauce, just fancier. The bacon and bleu cheese house chips were not what we expected. The bleu cheese sauce was not great and the bacon had a very smoky flavor. The smokey flavor was nice. The chips themselves were the problem. They were a little…chewy. We couldn’t figure out if they were undercooked in the fryer or just stale. They ruined the appetizer. 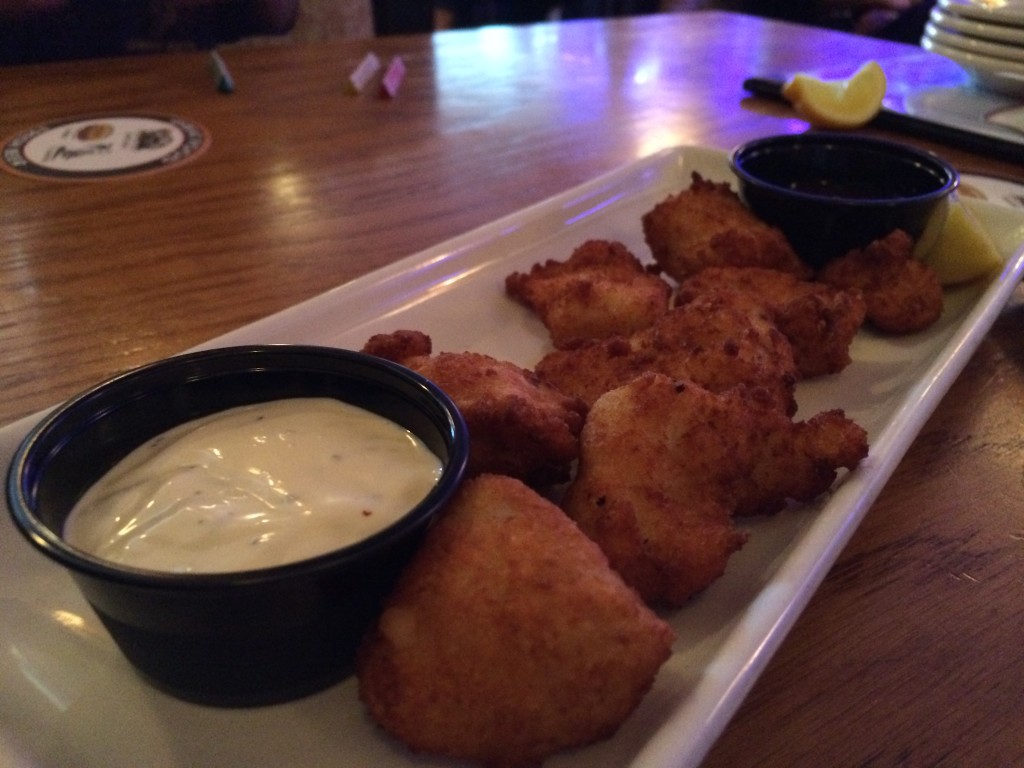 For our meal we tried three entrees. The shrimp nachos (an app the teenager chose for his meal), lobster and shrimp tacos, and the Flat Iron Medallions & Ragtime Shrimp Combo. The teenager asked to hold half of the toppings on his shrimp nachos, so he ended up with tortilla chips, pepper jack and cheddar cheese, shrimp, tomatoes, jalapeños, and green onion. These were okay, nothing special that you couldn’t get somewhere else. The shrimp and lobster tacos were lobster and shrimp in a crisp blue corn tortilla, wrapped with a soft flour tortilla with pepper jack cheese, pico de gallo and a citrus sauce, served with red beans and rice. Man, this was spicier than I anticipated. Everything about these sounded great to me, but the sauce had this wasabi-vinegar component that I was not expecting. Nothing about it said citrus sauce. I wish I had stuck to my usual routine of asking for sauces on the side. No complaints on the amount of shrimp and lobster in these tacos, however. As much as I initially thought the crunchy taco surrounded by soft tortilla was carb overkill, it actually was a very pleasant eating experience. You had  some crunch without stabbing your mouth. The side of rice and beans was very good. I love all rice and beans, and these beans were cooked exceptionally well- not mushy or grainy with great New Orleans flavor. Onto the surf and turf: the steak medallions and ragtime shrimp. This was the biggest letdown (and the priciest item) of the meal. The steak was cooked to medium as ordered. It just lacked flavor. I’ve had better steak at Golden Corral. The ragtime shrimp were coconut fried shrimp. Everything at Ragtime is made fresh, according to their website. But these shrimp could have passed for frozen coconut shrimp just dropped in the fryer. They weren’t particularly good. The mashed potatoes were fine. Nothing special. If the atmosphere at the restaurant made me want to eat every meal out, this steak and shrimp meal made me wonder why I’d left my house and the promise of pajama pants. I mean, we spent $85 before tip on dinner. For that kind of money we expect better quality. 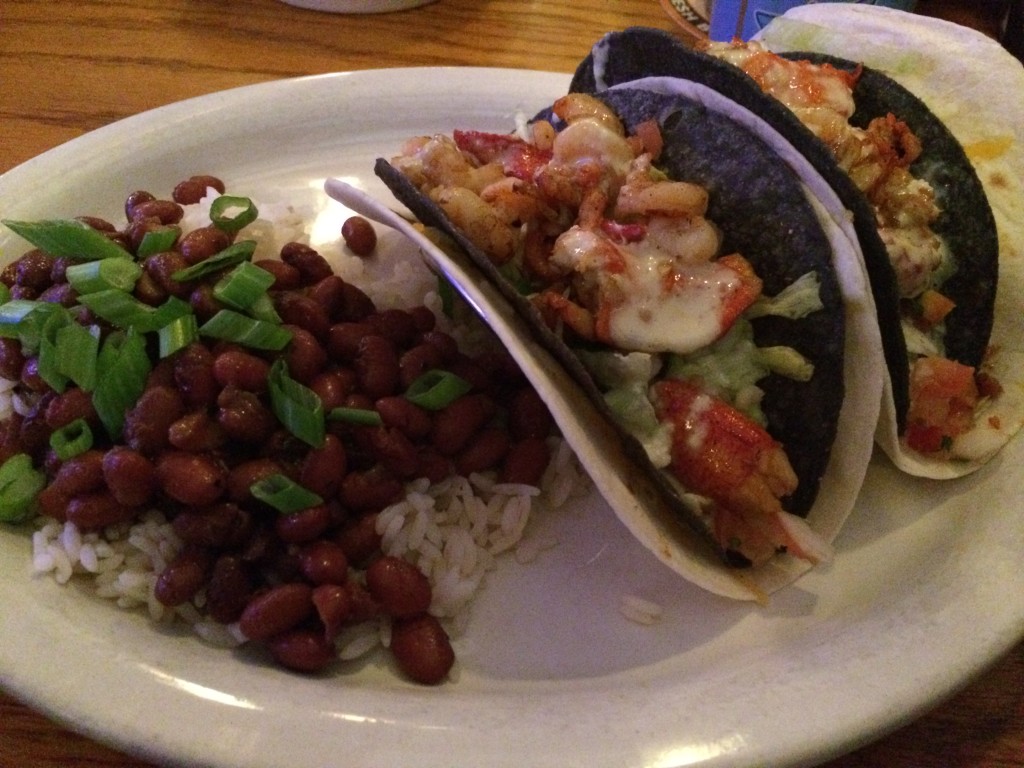 I suppose the kids meal is worth mentioning. We ordered mac ‘n cheese for the toddler. It appeared to be kraft style mac ‘n cheese, which frankly is a relief. Kids generally want food they are familiar with, and they are not impressed with a chef’s mac ‘n cheese volcano nonsense (although if anyone knows where I can find a mac ‘n cheese volcano, CALL ME). The only unfamiliar aspect was the fact that the cheesy pasta was sitting in a pool of butter. This is not even a slight exaggeration. You could see it in the bowl. It was comparable to seeing milk in your cereal, except it was mac ‘n cheese sitting in butter. The kid ate it happily, so we let it ride. Don’t rock the boat when the kid is happy in a restaurant.The service at Ragtime was fabulous. Our waitress was helpful, attentive, and patient with kids. The kids meal came with fresh fruit, but the kid wanted more grapes. I asked if we could have just some grapes and our waitress came out with a cup of grapes. She could have told me the fruit only comes mixed or just flat out no. But instead she kindly indulged a toddler’s request. We were extremely satisfied with the hospitality of Ragtime. 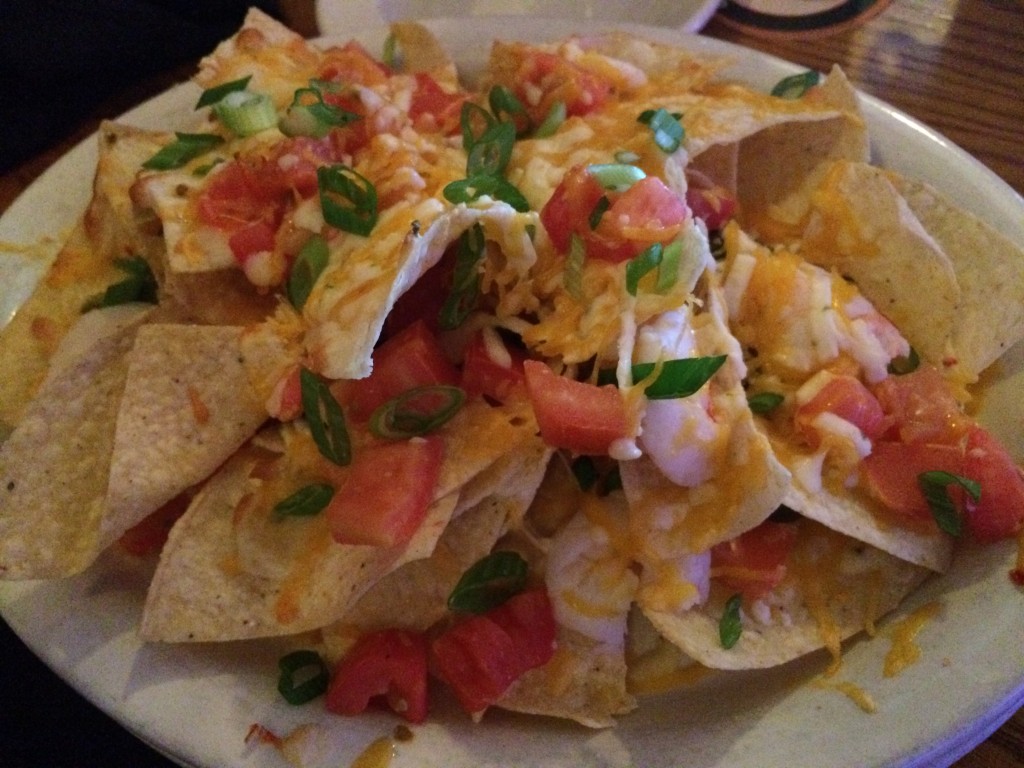 So what can you expect at Ragtime? Looks like a great atmosphere, fantastic service, and mediocre food. Ragtime is like a Mirage in the desert. It looks good, smells good, but when you get there it’s not at all what you had hoped to find. 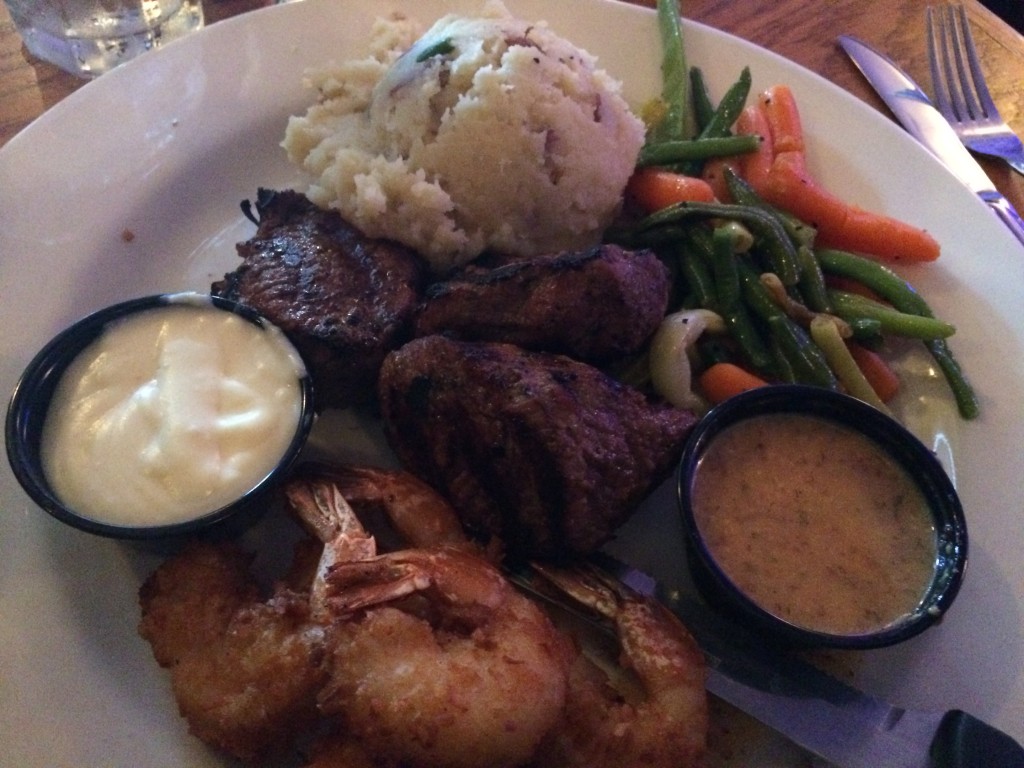