Update: Chowder Ted’s is under new management since this article was written. This review may or may not reflect the current Chowder Ted’s experience.

We’re constantly asking friends, acquaintances and our followers on various social media sites to tell us their favorite restaurant most people haven’t tried in Jax. The one restaurant that has come up more than any other is Chowder Ted’s. We’d actually never visited Chowder Ted’s until now. Chowder Ted’s is a little hole in the wall restaurant tucked under the corner of a small bridge on Heckscher drive on the North end of town. It’s not much to look at from the outside. Chowder Ted’s is in a very small older building with maybe 12 tables total plus a few bar stools that are situated right in front of the kitchen. They’re known for their famous chowder served in a pot.

Our trip to Chowder Ted’s didn’t start off well. We arrived to a 40 minute wait. They can’t control this and they were very nice making sure we knew that we’d definitely get served even if we didn’t get seated until after 8pm when they closed. I give them points for that. After we got seated it was a solid 30 minutes from the time we order til the time our appetizers arrived. Not 30 minutes to be served our entrees but 30 minutes to be served the appetizers! That’s a little ridiculous. Given that we had our 3 yr old and two other children with us it pretty much equaled mayhem. God bless the distraction of smart phones. 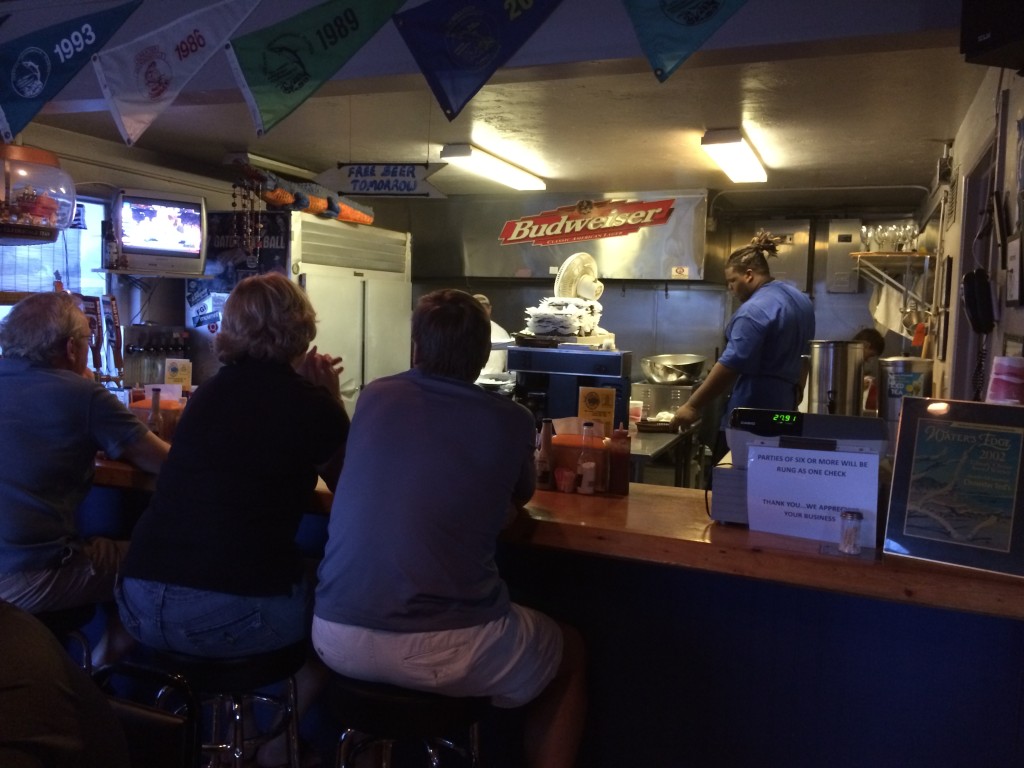 The first item we tried was the Tile Fish appetizer daily special. It was very good. The fried fish was seasoned with a bit of a light creole sort of spice. It was somewhat close to the taste of the spices used for blackened fish. I’d order it again. 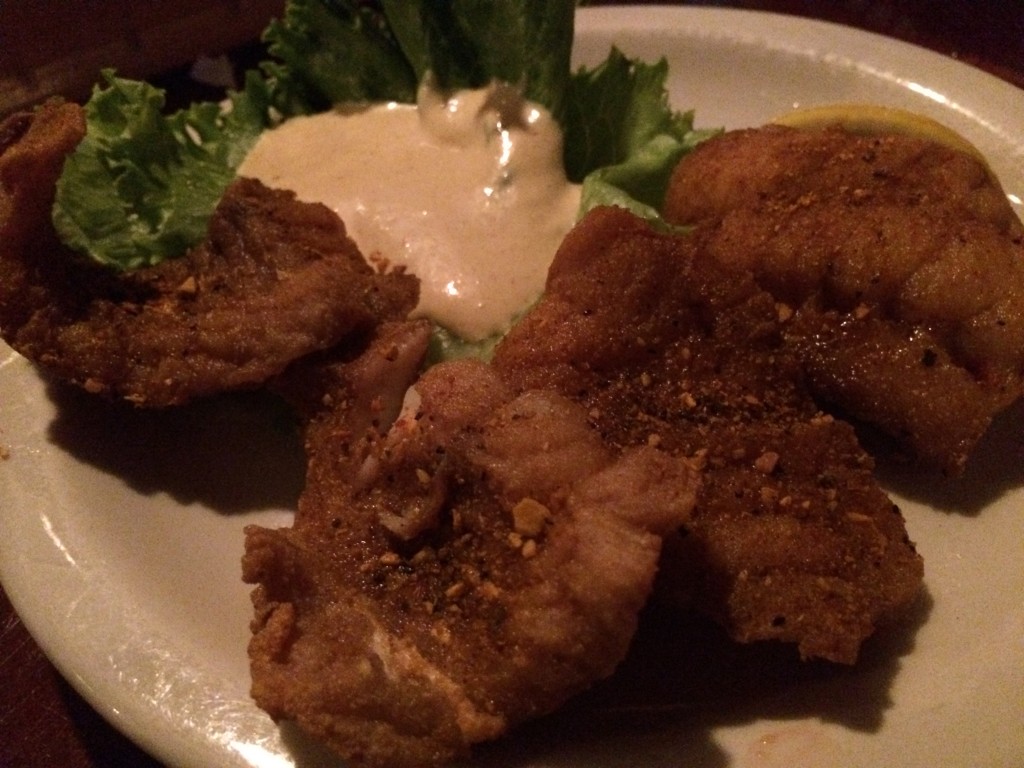 Next up, and most anticipated was the pot of chowder. It’s a Minorcan chowder, so it’s broth based. It had plenty of shrimp and clams, along with potatoes, carrots, celery, and surprisingly, green olives. This chowder was delicious. It wasn’t rich and didn’t immediately knock your socks off the way a cream based chowder can. But it had layers of flavor and the longer I ate it the more I liked it. Ted’s pot of chowder is deliciously out of the ordinary. I can’t think of a similar soup I’ve had at any restaurant in Jax. 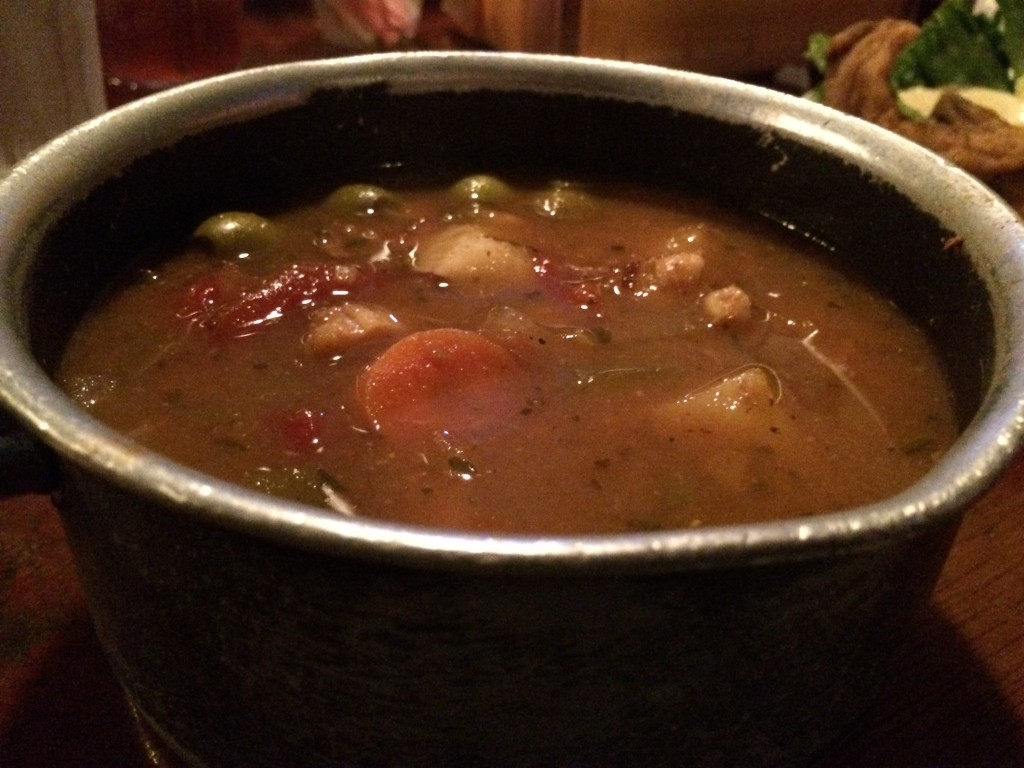 Our entrees included a grilled tilapia sandwich, a pound of peel n eat shrimp, a burger and fries, and Ted’s wings.
The tilapia sandwich wasn’t great. It didn’t taste very fresh and was not in the same ballpark as the tile fish appetizer and seafood chowder. Definitely skip the tilapia sandwich.The peel and eat shrimp were delightful. They had plenty of seasoning and shined in all their Mayport shrimp glory. I’m so spoiled by Mayport shrimp I have no interest in shrimp from anywhere else in the world. These shrimp are the real deal. Fresh and local is always better. Also, they appeared to be the healthiest item on the menu, in case you were wondering.The burger was decent. No complaints, no raves. Although, seriously consider whether you made the trip all the way to hecksher drive for a burger at a seafood restaurant. You didn’t. Pick some fresh seafood if you are over the age of 10.The fries were good. The kids and adults alike enjoyed them.Last item was the wings. They were pretty good wings, better than expected. These were battered and fried.Overall we were glad to have gone to Chowder Ted’s. The fresh seafood and chowder were delicious and definitely worth the drive. We can’t recommend going at peak times on a Friday or Saturday evening, as Chowder Ted’s just isn’t equipped to get people in and out of the restaurant. However, the folks there were all very hospitable and helpful. It almost felt like we were at a restaurant in a small town. It reminds us why we love our city so much. Hey Ted, we’ll be back for some chowder soon. 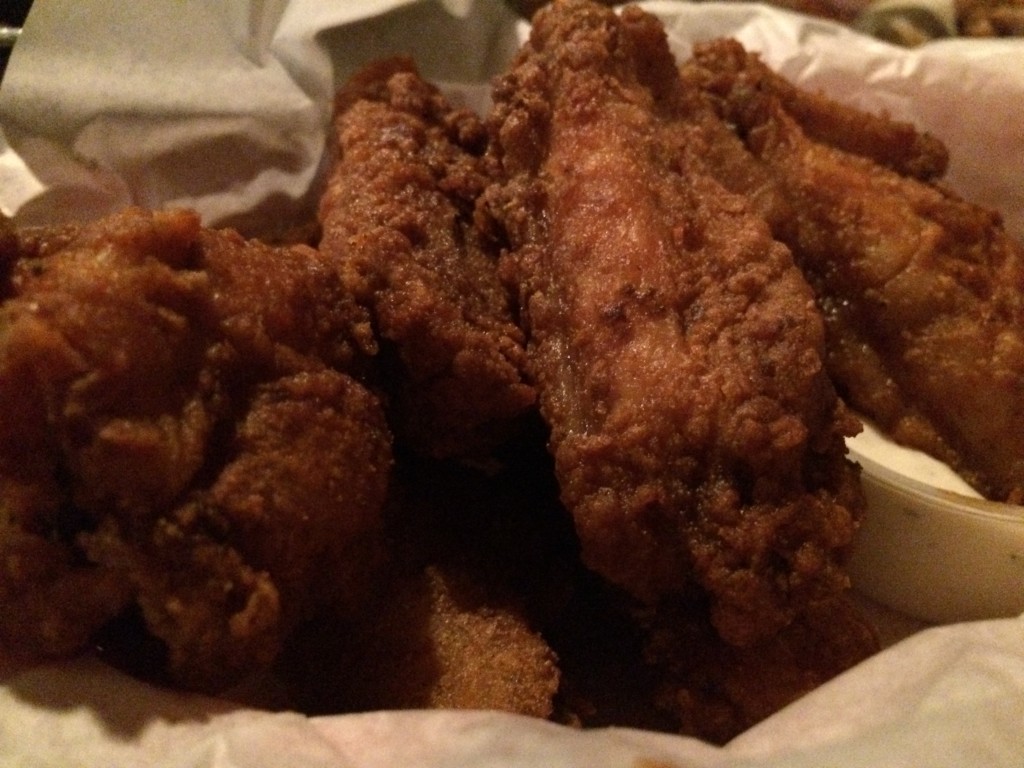 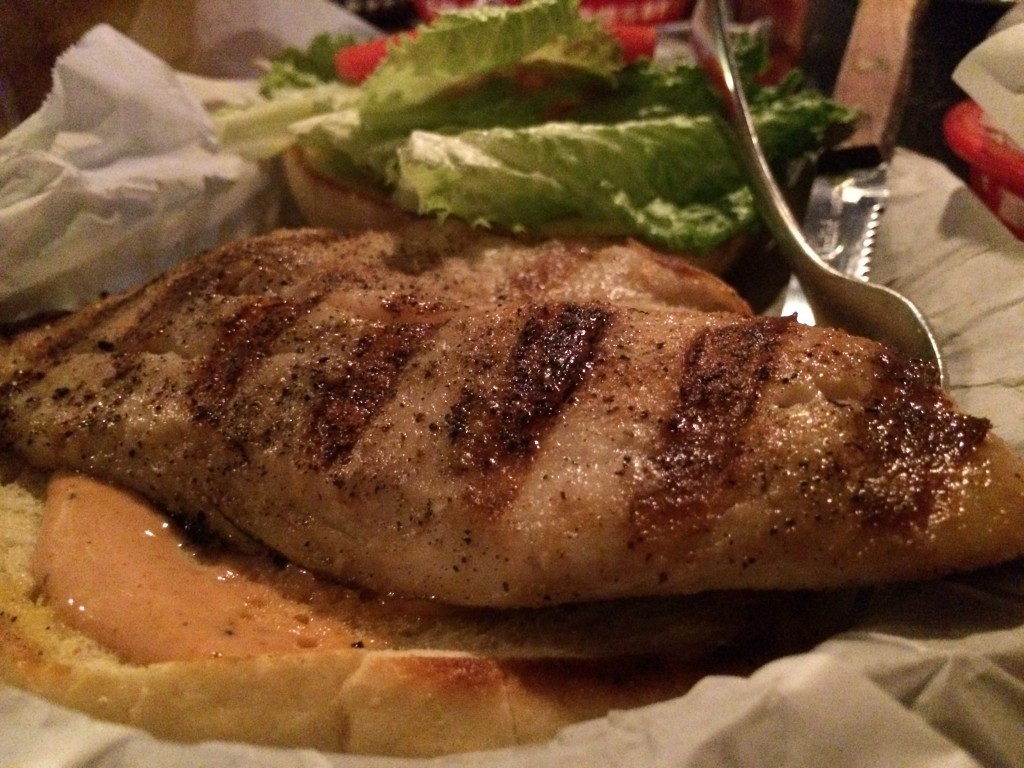 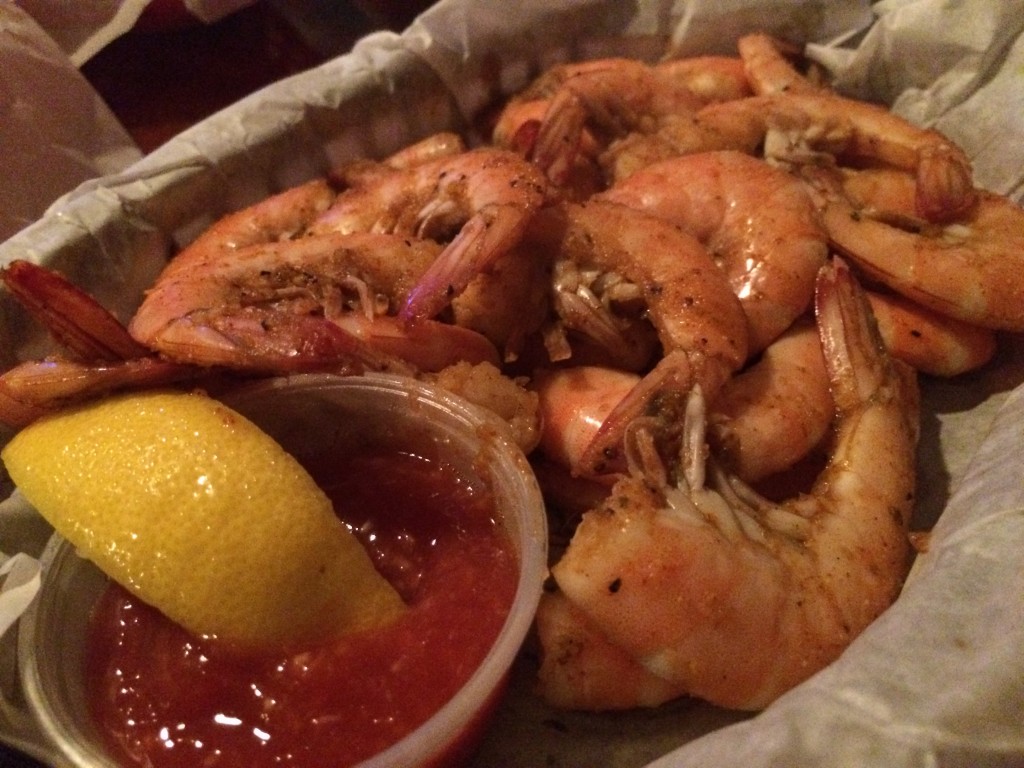