At this point, the buzz that is surrounding the opening of Kevin Sbraga’s new restaurant, Sbraga and Co., has reached a frenzy amongst the foodie community of Jacksonville.  This will be the fourth restaurant for Sbraga, winner of Bravo’s Top Chef season 7, in the short four years since he rose to national fame.  His previous three restaurants are all located in Philadelphia.  The new business venture for Sbraga will be located in the rapidly up-and-coming neighborhood of Brooklyn at 220 Riverside.  Prior to the opening of Sbraga and Co., we wanted to meet the man behind the restaurant empire, and give our readers a taste of the inspiration behind what will surely be a Jacksonville sensation. 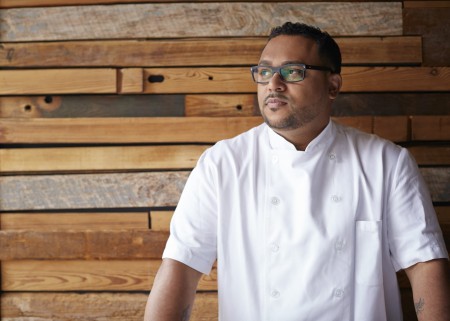 Kevin Sbraga was surrounded by the culinary scene from an early age.  His parents were both bakers, and his mother and grandmother are of Italian descent.  “From a young age I learned to appreciate it,” Sbraga explained.  “What attracted me the most was the creativity in it, but also the sense of family and companionship and hospitality.”  His first job was working for his father in the family bakery scrubbing sheet pans, dishes, and floors.  He began that at only nine years old and never left the restaurant industry after.  His furthest stray from being within a brick and mortar restaurant was a short foray into packaging hot dogs for 7 Eleven stores.  At the time that Sbraga was approached to participate in Top Chef, he was working for the highly awarded restaurateur Stephen Starr in Philadelphia.  Starr was tremendously supportive of Sbraga pursuing the Top Chef opportunity, and Sbraga told us that he truly can’t thank him enough for that support.  Life changed dramatically for Sbraga after winning Top Chef.  Sbraga described the experience, “When you go on the show, you go on as just a cook.  After winning, everything changes.  Whether it’s you being noticed when you’re in public or when you get 1000 facebook requests over night or all of a sudden you’re travelling here, there, and elsewhere.  But aside from that, for me, it’s always been about the restaurant.  Today (October 15th) is my four year anniversary of opening Sbraga (his first restaurant) and I’m opening another restaurant.  That’s pretty remarkable. Those things speak volumes about how my life has changed.” 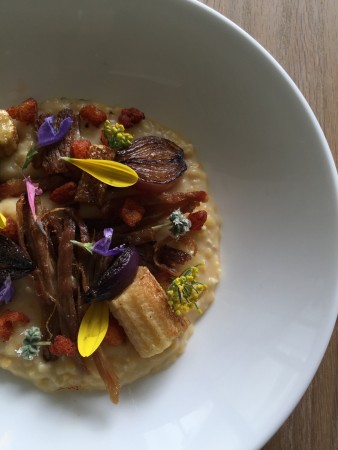 Regarding the restaurant, Jacksonville residents and traveling foodies should expect a slightly different experience than those of  his Philadelphia restaurants.  The first tremendous difference will be the size of Sbraga and Co.  This restaurant will be larger than the two existing Philadelphia restaurants combined, but Sbraga still intends for every diner to be welcomed into the intimate atmosphere that he focuses on for all of his restaurants.  Sbraga stressed to us, “I want our guests to feel like they’re welcomed into my home when they enter Sbraga and Co.  We were very particular in the design elements to make them feel that way.  Some people will notice that our host stand is very close to the door.  Our guests will be greeted the second they come in, they will never have to find someone.  They will be given a warm smile and a warm welcome.  I want people to feel relaxed and I want them to feel like they’re receiving hospitality.”  As far as the menu differences, Sbraga and Co. will be focusing on spotlighting “old world” southern crops and grains.  Sbraga and his team have been focusing for months on learning traditional crops such as Carolina gold rice, which then led them into it’s connection to olives and their importance to the agricultural history of Jacksonvillle.  Throughout their menu research, they have discovered a wealth of local ingredients that truly represent the abundance of north Florida and south Georgia agriculture.  One dish in particular that stands out to Sbraga is a cauliflower based dish.  The reason this particular dish is important to him is because as a kid, cauliflower was never on Sbraga’s list of favorite vegetables.  As is often done with cauliflower, it was either cooked to mush or raw in a crudite.  Sbraga’s fix to showcase the versatility of cauliflower is to grill the florets over a wood burning grill and then to serve it over a heavy cream cauliflower puree.  To add even more depth to the simple vegetable, the cauliflower will be dressed with lemon juice and scallions and a little bit of salt.  Sbraga describes the dish as very simple, but delicious.  Sbraga also added that much of his menu will be easily vegetarian or vegan due to his emphasis on vegetables as the foundation of this restaurant menu theme. 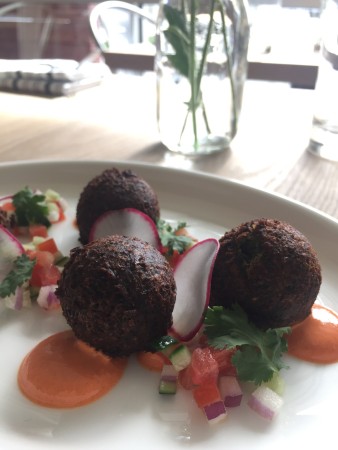 So why Jacksonville?  To locals this may seem like a big jump from the bustle of Philadelphia to our heavily southern influenced city.  While Sbraga does have a family connection to Jacksonville from a few generations prior to him, his primary purpose was more rooted in his own emotional perception of our city.  Sbraga spent several years working in Atlanta and also in Naples, and he feels that Jacksonville is the best of both worlds.  “You have the Florida cultural influences combined with the traditional southern influence and that together makes Jacksonville.  It is a unique and exciting environment.”  Sbraga also emphasized that Jacksonville is growing quickly.  Jacksonville is much like Philadelphia in it’s emergence into the national food scene.  Ten years ago Philadelphia had few local food options, and it took until about five years ago for it to develop into having landmark restaurants and highly awarded chefs.  Sbraga says that he can already see that beginning to happen in our city.  “People are beginning to embrace unique food and restaurants, but mostly the farms and the farmers.  That is what is truly important.”  His favorite discoveries in the established food scene in Jacksonville so far are Jenkins Barbecue and Bold Bean Coffee.  Jenkin’s Barbecue is famous in it’s own right in Jacksonville, but never trickled into national fame.  Sbraga had obviously eaten mustard based barbecue before and had never really cared for it, but he said that Jenkin’s barbecue not only changed his opinion, but it actually “really changed my life.”  At the same time Sbraga was experiencing that soul impacting moment that all foodies search for, his Director of Operations and dining companion that day looked up at him and said “I think this may be the best barbecue experience of my life.”  A few years ago, his Director of Operations had actually spent nearly six weeks travelling the country just to test barbecue. That is just a touch of the magic found in the Jacksonville food scene. 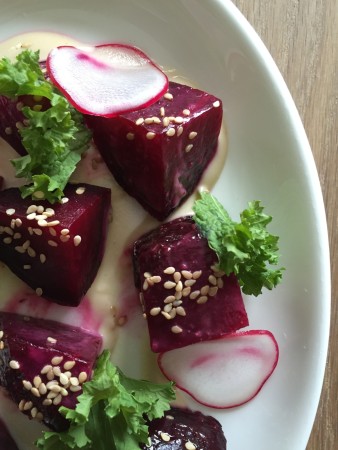 Sbraga and Co. will be an exciting and welcome addition to Jacksonville, particularly with the passion that Sbraga himself has already developed for our city.  He found himself inspired by our local ingredients as he travelled the area, and he says one of his main inspirations is the return to the south, particularly to Florida.  The first few days that he was in Jacksonville, he described it as coming home.  “I got down here and I liked the people and I liked the neighborhood for the project but there was also just such a hospitality and sense of home.  I felt if I was going to open a restaurant in a different city I had to feel at home.  Jacksonville is that place, it doesn’t feel like vacation, it feels like home.  It’s not a getaway, it’s part of me.”  An integral step in continuing the growth of the food culture in our city will be to welcome chefs like Kevin Sbraga with open arms and open palettes.  Truly, it is our responsibility to turn Jacksonville into the type of city that we want to live in, and part of that will be providing the hospitable environment that Kevin Sbraga found so appealing.  Sbraga and Co. will create not only a nationally recognized restaurant in Jacksonville, it will also bring a spotlight onto the riches that our local farms produce for Florida.  To thank Kevin Sbraga for this opportunity for Jacksonville would be understated.  We owe it to ourselves and our city to continue being welcoming and receptive to these awarded restauranteurs as to continue the growth of Jacksonville and to solidify ourselves as a premiere city for foodies, farmers, and chefs alike.