Are you ready for The Feel Good Story of 2015?  A few weeks ago on Instagram we were tagged in a picture that made our hearts so happy that we had to share it with Jacksonville.  We are food reviewers but with that comes being customer service reviewers as well.  Customer service itself can sometimes be a make or break decision on returning to a restaurant.  Brian and Lindsay, who notified us about their experience with the Jacksonville Beach location of Maple Street Biscuit Company, were treated to what amounts to one of the greatest examples of exceeding customer service expectations that we have ever heard.

Brian and Lindsay had a scheduled c-section at Baptist Beaches on Friday.  As many of our readers know, with a scheduled c-section the mother can’t eat after midnight the night before.  All of Friday Lindsay wasn’t allowed to eat anything either so she had been planning and waiting for the first meal after she had delivered the baby.  As for Brian, he of course was beside Lindsay and would leave to go try to eat food so he wouldn’t have to eat in front of her.  But he wound up nearly having to fast along with her after a series of unfortunate events involving the hospital cafeteria.  Brian explained, “I was with her all day on Friday and I had the worst luck with the cafeteria.  I tried in the morning to get breakfast and they stopped serving at 10:00 am and I got there at 11:00 am.  So I just ran out as quick as I could and got Mcdonald’s which was awful and then I came back.  Later that afternoon, I tried to go back to the cafeteria and get lunch at about 2 pm and it was closed again.  I didn’t want to leave her for too long because it was tough with her being in the room after the c-section by herself.  I actually tried the cafeteria again for dinner and I had missed dinner too.  The whole Friday was just terrible for me.  Finally it was Saturday and everything was good and Lindsay could eat whatever she wanted.  Her request was Maple Street Biscuit Company, which is one of our favorites.”  Brian left the hospital and drove over to Maple Street.  When he arrived they were extremely crowded with a more intense than usual Saturday morning rush.  Brian had called in the order in advance, picked it up, and returned to Lindsay.  When Brian arrived back at the hospital, Lindsay’s food was in the bag but unfortunately Brian’s order was missing. 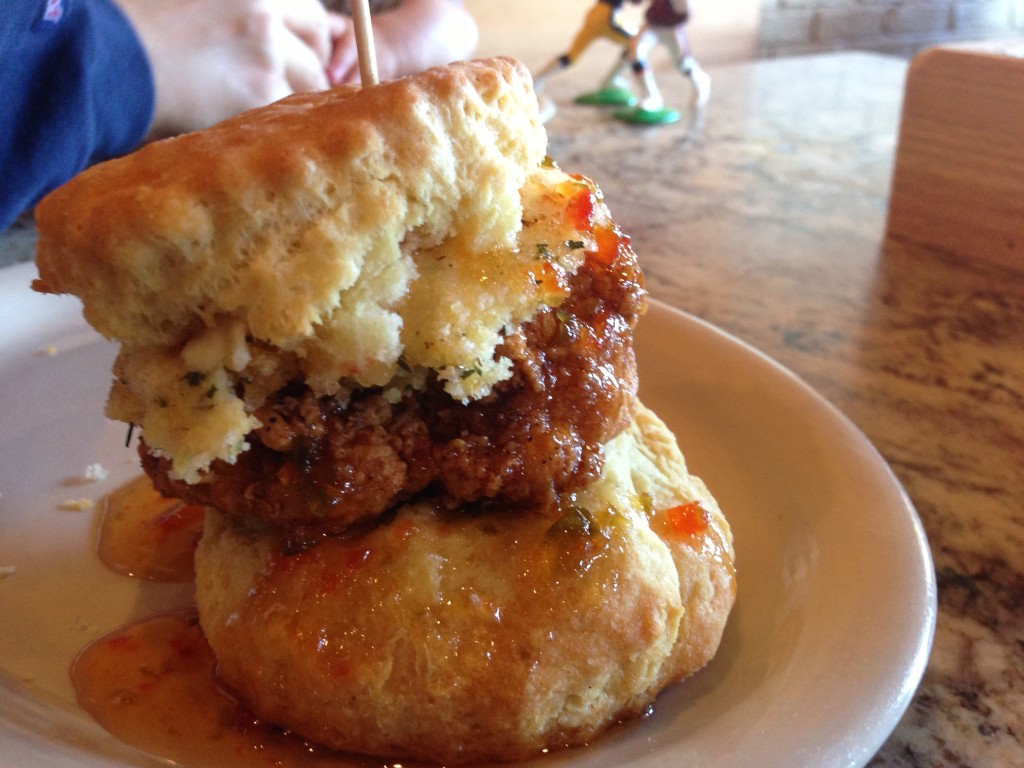 Lindsay felt horrible that Brian had such bad luck on Friday and that Saturday was beginning to look like it wouldn’t redeem the Friday food situation any.  Brian was prepared to head back to Maple Street to pick up more food, but Lindsay suggested that they call first and check to see if a bag was left on the counter.  She also wanted to make sure if the food hadn’t been prepared that it would be ready when Brian returned to pick it up since they were so busy.  Lindsay was directed to the manager (also named Bryan) who quickly looked into the situation and realized that the error had been Maple Street’s.  Brian’s biscuit simply hadn’t made it in to the bag.  Whereas most managers at this point would offer a refund or prepare the order for the customer to come pick up, Bryan immediately offered to go above and beyond.  Bryan suggested that he would just bring it to the hospital since Brian and Lindsay had been looking forward to this meal.  This is where the story gets even better.  Manager Bryan and his wife (also named Lyndsay) had delivered their baby at Baptist Beaches just a few weeks before and he understood how stressful the situation was with a newborn, especially with being away from their other child, and being confined to the hospital with a food crisis.  Bryan prepared Brian and Lindsay’s order and arrived at Baptist Beaches in less than 15 minutes.  Brian was walking out to get some air and Bryan was already arriving by that time.  Brian explained, “He told me again how sorry he was and how he wanted to make sure that everyone was happy.  So in addition to bringing our missing order, he put in an extra box of biscuits for all of our visitors and another box of biscuits for the nurses and hospital staff that were working on the unit.  The part that stands out is that I’m not a regular but he knew me apart from every other customer.”  Brian laughed and continued, “We go in about once a month to eat so that we don’t blow up to 300 pounds.  On this day, I was a random customer that walked in and happened to not receive the right order.  We didn’t push for this customer service, he just knew that this was the way that you treat customers.” 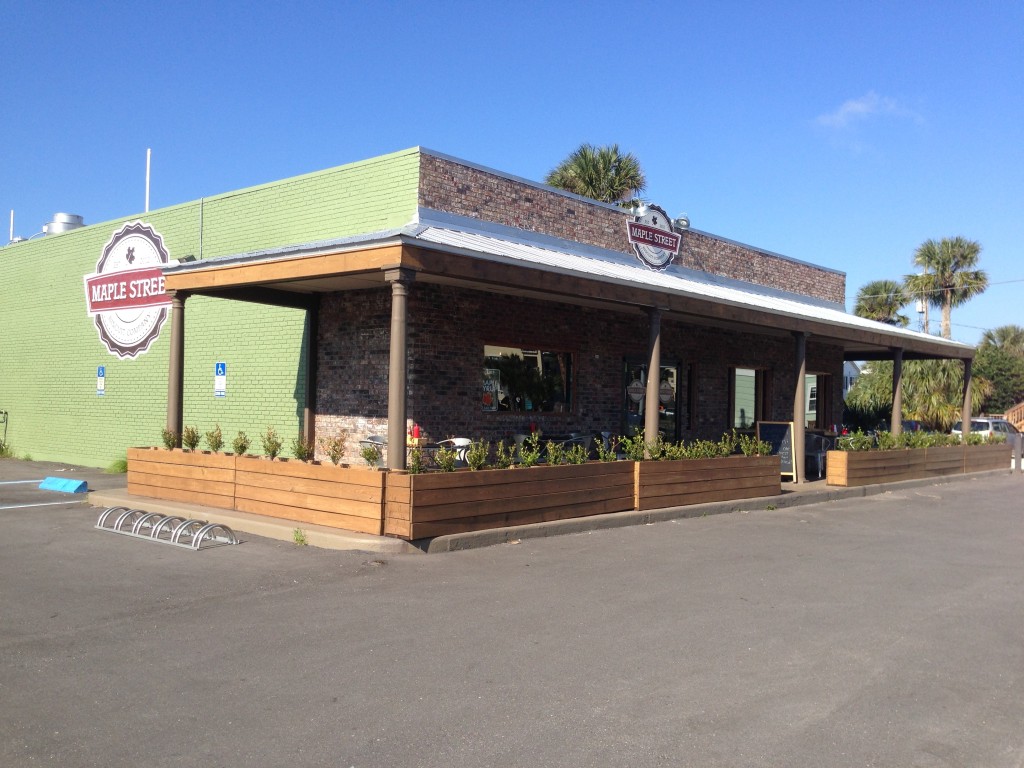 This outstanding testament to what customer service can be is exactly why we promote our amazing Jacksonville restaurants.  The level of this customer service is exceedingly beyond what would be received at many restaurants.  Maple Street Biscuit Company sets the bar high and we were so excited to share this tremendous story with our readers.  Keep it up Maple Street, your selfless acts of kindness are appreciated!  Our best wishes and congratulations to Brian and Lindsay and Bryan and Lyndsay!