The Deli is open Monday-Friday 7am-4pm, and Saturdays 8am-2pm. They are scheduled to move to their new location the first week of February. They are just moving around the corner to 9737 Old St. Augustine Road, next to O’Malley’s Bar & Tavern. 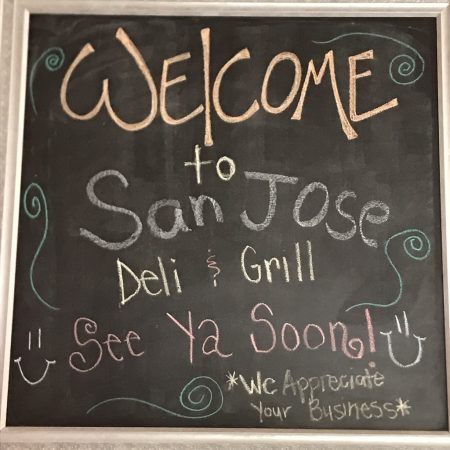 My son and I meet my mother-in-law for lunch about once a month in Mandarin because it happens to be the halfway point between us. We have been to a number of good restaurants in the area, but I’m always on the lookout for new to us restaurants to try. I found San Jose Deli and Grill by way of a thorough internet search. It is located on San Jose Boulevard near Sunbeam Road, next to Bailey’s Gym. (
moving in February, please see note) 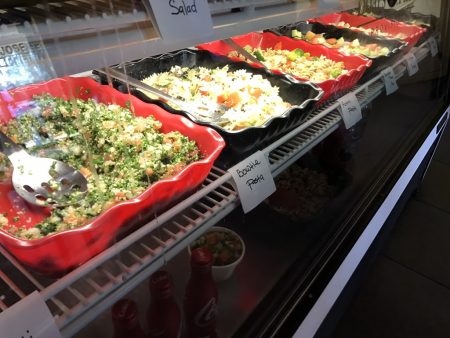 I wasn’t sure what to expect. Most of what I had read about San Jose Deli and Grill had been extremely positive, but information had also been hard to find. The deli was listed by a completely different name on one website. From the outside it just looked like your average hole in the wall deli. Imagine my surprise as we walked into the deli. It was hopping. There were people eating, people waiting for to go orders, and people in line to order. It was a bright space with red and yellow walls, giant chalkboards welcoming guests, smiling employees, a deli case of fresh salads and a Boars Head logo that told me these folks don’t compromise on quality. 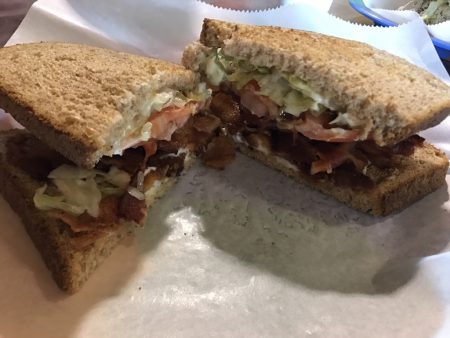 We made our selections at the counter and sat down. Before long, plates of sandwiches, soup, a burger, and salads were placed before us. I managed to snap pictures before the kid dug in, though he wasn’t thrilled he had to wait.

The tuna salad sandwich ($4.99) was very good, with generous amounts of fresh tuna salad on hearty yet soft sandwich bread. Half of the sandwich was as filling as your average whole sandwich. The Chicken and Rice soup ($2.99) that accompanied it was even better. It was made from scratch and had loads of flavor and chunks of real chicken, carrots, and rice. No chicken flavored soup water here. 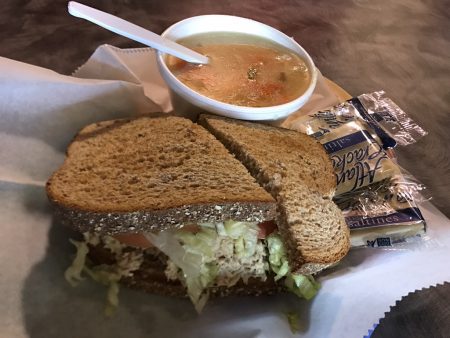 The BLT ($5.99) and the cheeseburger ($3.99) were consumed seemingly in mere moments by the growing boy. He gave them both two thumbs up. I joke that he is my resident BLT expert because he has had every one in town. He said the BLT was good, but not the best he’s ever had, and the burger was “off the chain”. I thought the price of the burger was off the chain as well. 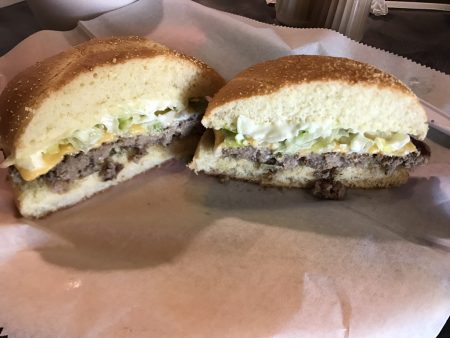 Now let’s get down to it. I ordered the Three Way Salad plate ($7.25). One look at the tabouli, hummus, pasta salads, chicken salad, kibbie, grape leaves, and everything else in the deli case and my mouth had to have it. The Three Way Salad includes one meat salad such as chicken, tuna, or seafood, but I was only interested in the Mediterranean salads. I chose tabouli, hummus, bow tie pasta salad, and added a side of grape leaves ($1.99). The tabouli had tons of flavor. I love tabouli and order it whenever I see it on a menu, but to me many iterations hit one note. Not the tabouli at San Jose Deli and Grill. Theirs was robust, and was salted enough to bring out the natural flavors of the tomato and parsley. The same can be said for the bowtie pasta salad. It consisted of pasta, tomatoes, black olives, feta, cucumbers, and herbs, with plenty of an olive oil vinaigrette for every bite to be tangy. The hummus, also made inhouse, came with a warm, soft pita. There was so much hummus I could have had four pitas and still not finished it. It was excellent, very flavorful. The grape leaves are deserving of their own chapter. Here is an unfortunate secret: the majority of the time when you see stuffed grape leaves on a menu they are from a can. Heartbreaking, I know. They are made in a factory, canned in oil, and purchased through a food service. That doesn’t mean they are bad, just not as authentic or amazing and delicious as from-scratch grape leaves. People, San Jose Deli and Grill makes their grape leaves from scratch! (Cue the angel chorus.) Not to mention an order of four grape leaves is only $1.99. (Angels continue singing.) I decree you go forth and consume hand made, from scratch grape leaves fit for a king. 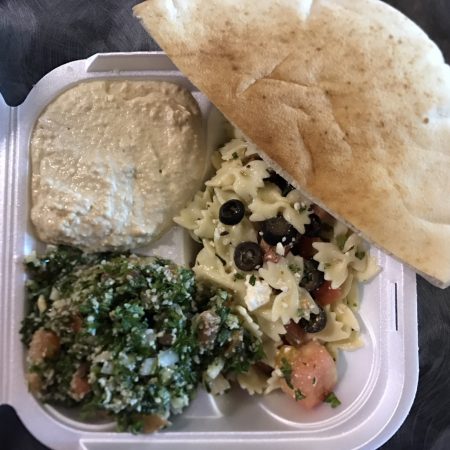 My mother-in-law bought us each a piece of baklava to finish our meals. As with everything else at San Jose Deli and Grill, the baklava is made inhouse. It is rich, decadent, sticky, and worth every heavenly calorie. 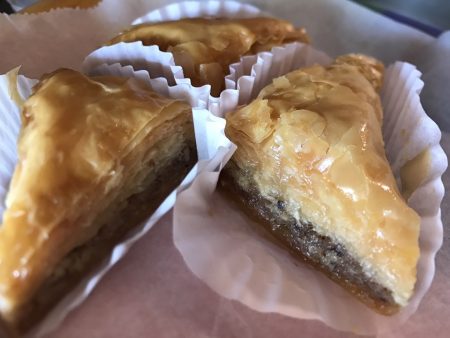 Our trip to San Jose Deli and Grill was one of the better meals, not to mention one of the more delightful new restaurant experiences, I have had recently. The food is obviously crafted with  great care. You can taste it. And if you ask, as I did, an employee will proudly tell you that the food is made fresh from scratch. The staff works as a team and is happy to help with any customer needs. Not to mention the affordability factor. If you are in Mandarin you have to check out San Jose Deli and Grill. I can’t wait to go back next month. 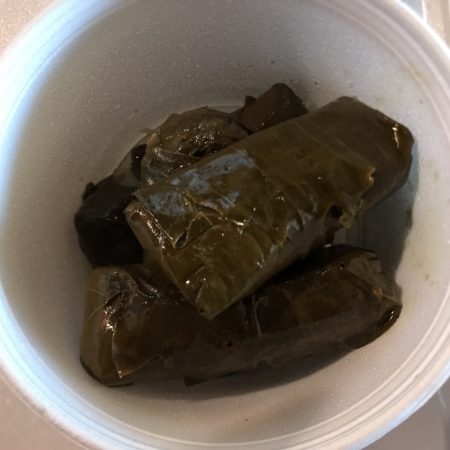 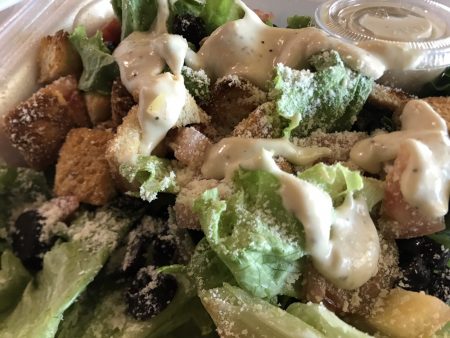