In 2004 Enza and Mike Huff opened Enza’s Italian restaurant in Mandarin. Enza’s restaurant it’s a mid-high end Italian Restaurant in Mandarin of San Jose Blvd. Enza’s offers high quality Italian cuisine at a fair price with huge portion sizes. Enza’s is always busy so if you’re going to dine at Enza’s make sure to make a reservation or expect to wait. On our visit, we walked up to the door and as I began to reach for it glided open. We were warmly greeted by the doorman, an older gentlemen in the craziest shiny 1970’s suit you’ve ever seen with snazzy wing tip shoes. He could have been a mafia Don back in the day. At this moment we knew we were in the right place. The restaurant matched the outfit, in a good way. Enza’s has a way of exuding old school style while seamlessly melding that with contemporary charm. From the super cool ex-mafia don doorman to the wonderful lounge musicians playing live music in the bar Enza’s is a place people of any age can relax and have a good time. Pair that atmosphere with the quality food Enza’s is known for and you have a pretty fabulous place to have dinner. My only regret from our evening at Enza’s is that I didn’t stop the doorman and ask him to take a picture with me. I will definitely do that on my next visit and share it with you all on our facebook and twitter. 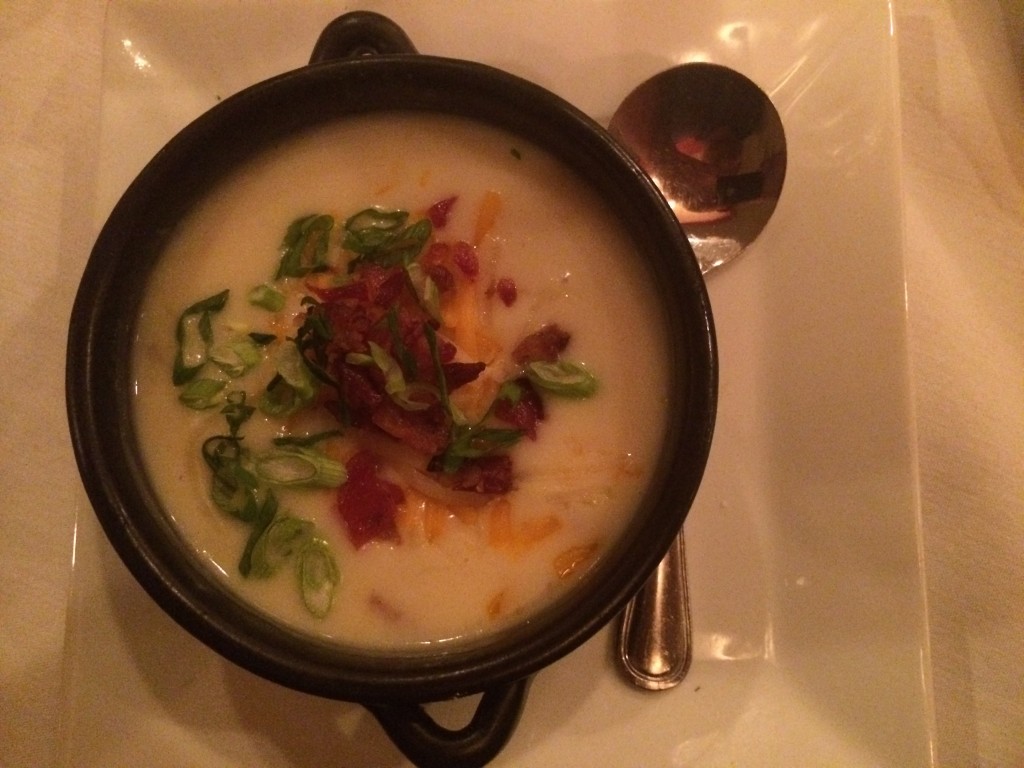 Food: After we placed our order we were brought garlic bread as well as some fresh bread for dipping and a dish with olive oil covering chopped garlic and spices. We didn’t love the garlic bread It was just okay. The blend of spices in olive oil with some bread dipped in it was awesome! We’ve all had olive oil with bread for dipping at a restaurant before. This blend of spices and garlic in olive oil was set apart. We couldn’t stop eating it. It was a truly fantastic warmup to the meal. Warmup, who am I kidding? I didn’t let them take it away until the end of the meal. I’m sure this blend was the reason I took such a large amount of leftovers home. When our waitress shared the specials with us she raved about the soup of the day which was baked potato soup. On her recommendation we tried it. It was really good. If you turned a buttery baked potato into liquid form this is what it would taste like. It was topped with shredded cheese, green onions, and bacon. Next we tried the fried fresh mozzarella. You could tell this mozzarella was fresh and high quality. It came out in balls as opposed to sticks or triangles. I’ve never seen less greasy fried mozzarella. There’s was virtually no grease at all. That’s rare for fried mozzarella in Jax. Next up were the salads. I went with the “Mama salad”-Mixed greens, cherry tomatoes, red onions, pine nuts, golden raisins, olives, bleu cheese and our champagne dressing. The greens were crisp and fresh and all of the flavors blended together really nicely. A very good salad. It came with a champagne dressing that was a little too bland for my taste. After trying it and realizing it was pretty bland I got the waitress to bring some of their “Enza’s” dressing. That dressing I loved! The Enza’s dressing is a creamy Italian dressing with a bit of balsamic mixed in. When you come to Enza’s make sure you try it. The first entree we stabbed our forks into was the chicken parmesan($16.95). It may just be the best chicken parmesan in town. The chicken was tender. It was covered with a generous amount of cheese which was baked almost completely around the chicken. The layer of cheese was then topped with a delicious marinara that’s just a bit sweeter than your average marinara. I wish I could pin point why this chicken parmesan tasted so much better than the chicken parmesan at most Jacksonville restaurants. I suspect it’s simply made with high quality ingredients cooked just right by a chef has been doing this for years. The other entree we tried was the chicken alla Enza($17.95)-Chicken, onions, green peppers, mushrooms, olives, capers, Italian sausage, and artichoke hearts over pasta. It’s offered Spicy or Mild. We went with mild this time. The dish typically comes with penne pasta. If you prefer a different type of pasta they allow you to substitute whatever kind you like. The pasta itself was great. I suspect they make the pasta in house. The red sauce they use in the dish was good. The chicken was cooked just right. All the veggies were nice and crisp. Too often in pasta dishes the veggies are cooked too death of drowned in sauce to the point that they’re mushy. These veggies had a wonderful crunch to them. This dish is named after chef Enza. You don’t name a dish after yourself if it isn’t going to be really good. So, obviously this dish was really good. 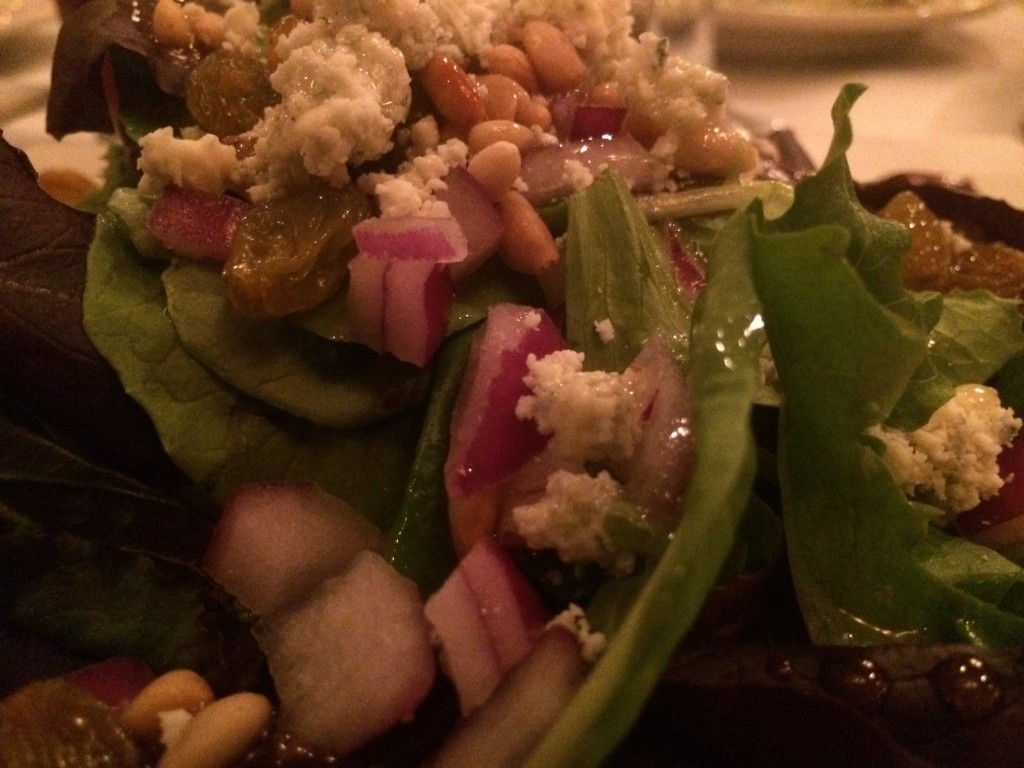 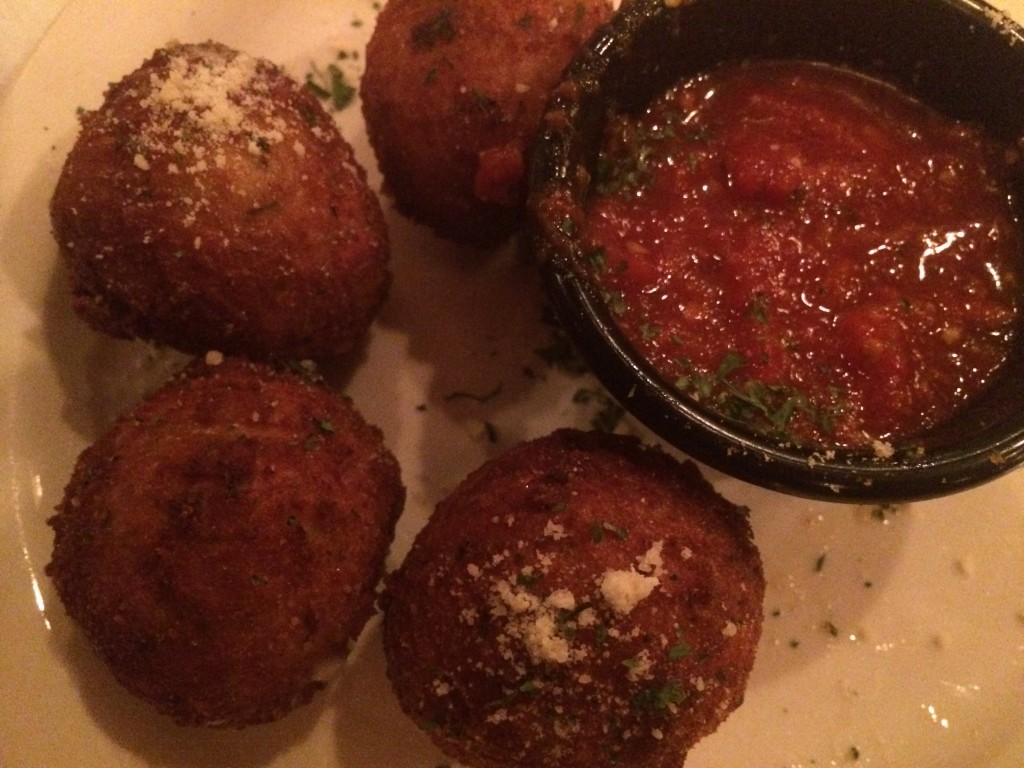 Service: We showed up at 8pm on a Thursday and were told we’d have a half an hour wait. I’ve never really been one to wait for a meal but I’d been hearing about Enza’s for quite some time now and decided I’d suck it up and wait. We were thankfully seated in about 20 minutes rather than the stated half an hour. Once seated the service was very good. It wasn’t fine dining fall all over you service with a waiter and two assistants but it was very good service. The waitress was knowledgable and attentive. She kept our glasses filled and also had good menu suggestions. 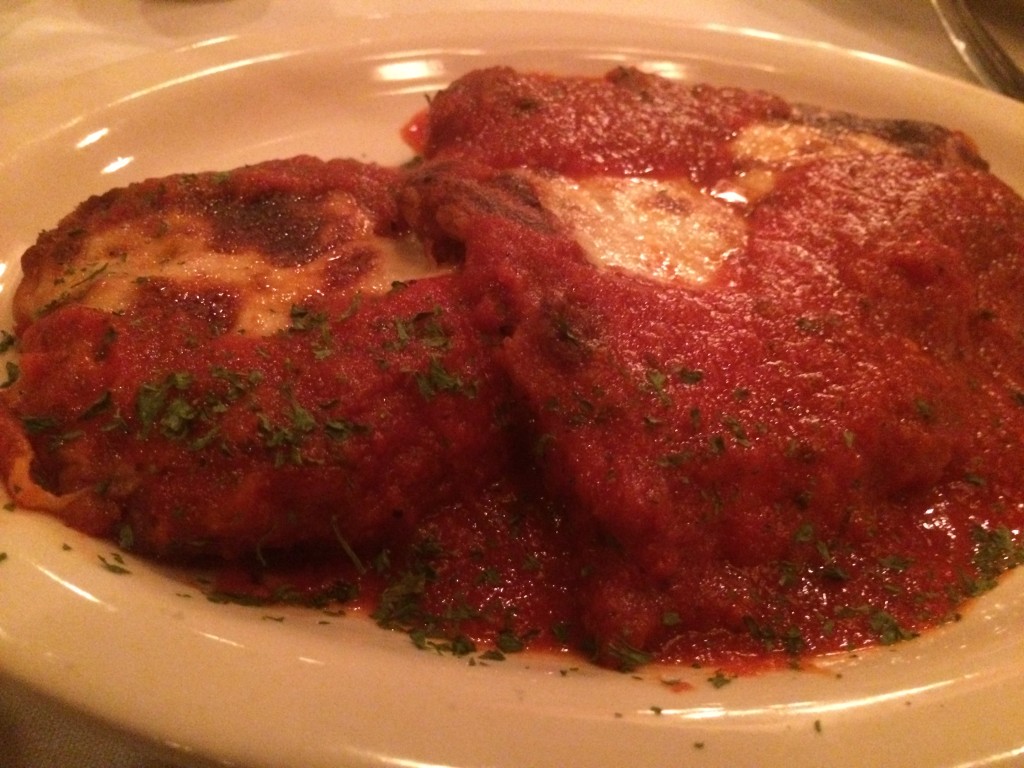 Many who live in Mandarin swear Enza’s is the best Italian restaurant in Jacksonville. After our visit we can see why they feel that way. An old school touch of class, a true sense of caring from the moment you walk in the door, and a passion for very high quality food make Enza’s one of the best restaurants in Jax. 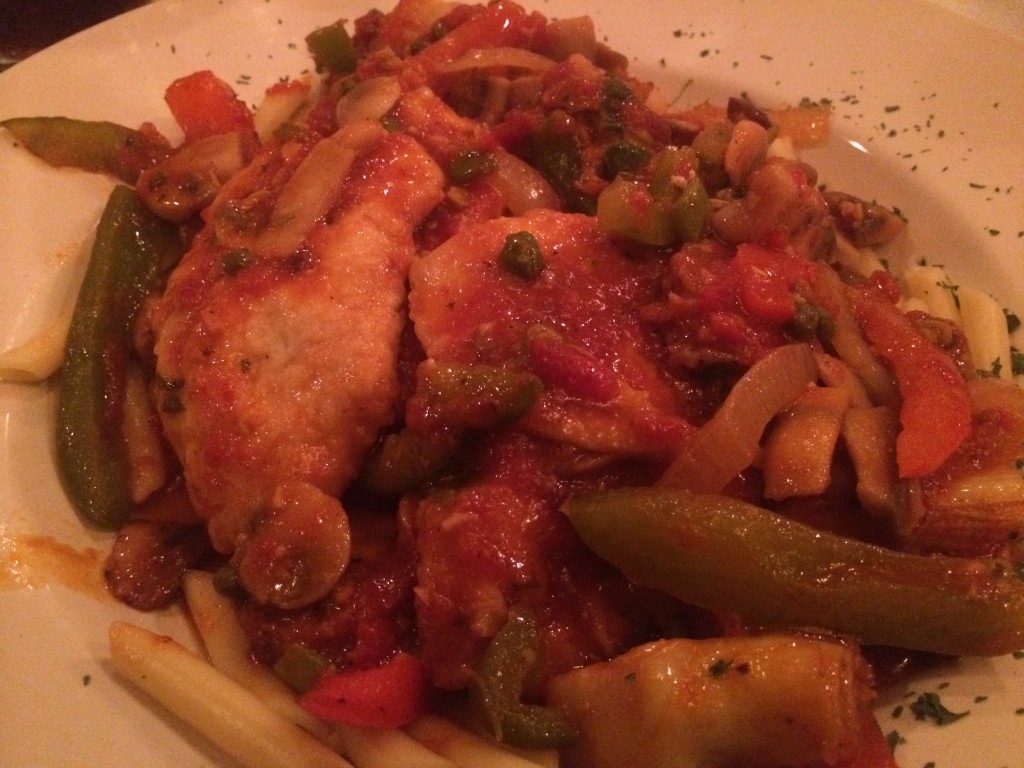 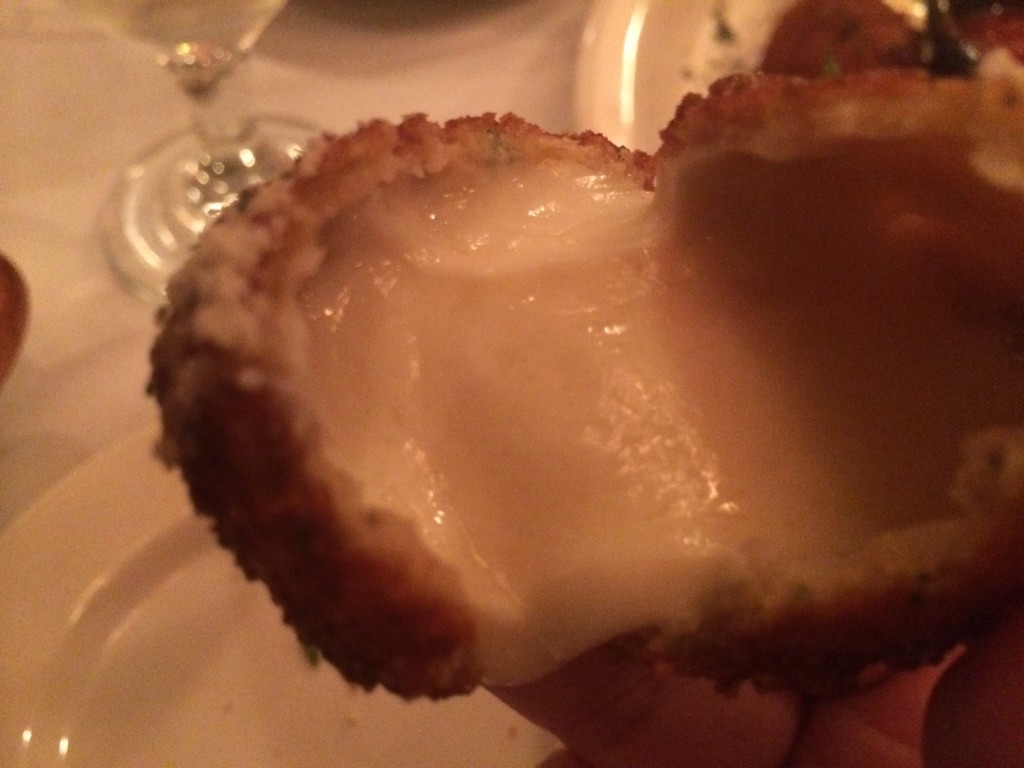