Jacksonville has a vibrant craft beer scene.  The problem is how to safely experience all the beer Jacksonville has to offer.  Doing the Lords work, the guys at Jax Brew Bus will drive you to three breweries on their standard Saturday tour.  I’m excited about this interview as I “hopped on” the Jax Brew Bus as a birthday gift last summer.  Since then it’s the #1 activity I recommend to folks visiting town for the weekend.

1. Tell us a bit about the Jax Brew Bus concept.

Many people don’t know it, but Jacksonville has an amazing craft beer scene, and we want to highlight that so everyone knows.  On our brewery tours we will visit 3 of the 6 (soon to be 7) craft breweries in town, and sample 4 beers at each brewery.  It is a very fun and educational way to see new breweries you may not be familiar with, while enjoying some amazing beer crafted right here in our town. 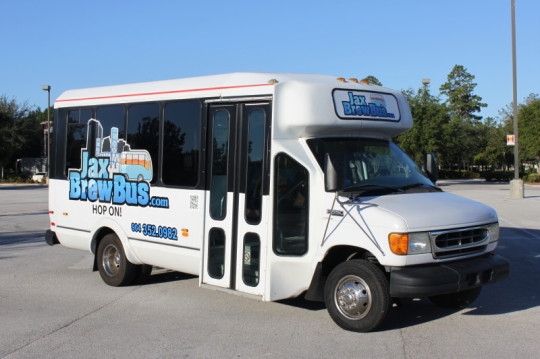 2. How’d the Brew Bus get started?
The Brew Bus got started when two of my friends and I were at a local brewery, not surprisingly.   After we got the idea we started doing the research, formed our company, and luckily were able to find the bus at a bankruptcy auction.  We did our first tour the end of October 2011, and have been going strong ever since.

3. Where do you drink when you’re not working?
Josh and I both have full time jobs, families etc, so we don’t get out to breweries as much as we used to.  Luckily we can fill growlers at the breweries so we never have a shortage of great beer at home.  But I do make it out to the breweries every now and then, and depending on where I am in town I go to any one of them, they are all amazing.

5. The Micro Brew scene in Jacksonville has really grown dramatically in the last few years.  What’s the next step in Jacksonville?  Any cities that have a mature brewery scene that Jacksonville is similar to?
I think the next step in Jacksonville is some more breweries showing up, but also for more people outside of town to realize what a great scene we have here.  This is already starting to happen.  For instance there was a contest called Beer City USA, and the last two years they had it, Jacksonville made it on the ballot as a write in and got a small percentage of the votes, which was a pretty big deal.  Also ratebeer.com had their Winter Gathering here in February ’13.  As far as other cities like ours, I don’t know that there is a good comparison. We have been to Ashville, NC and Denver, both big craft beer towns. All three places are very different. 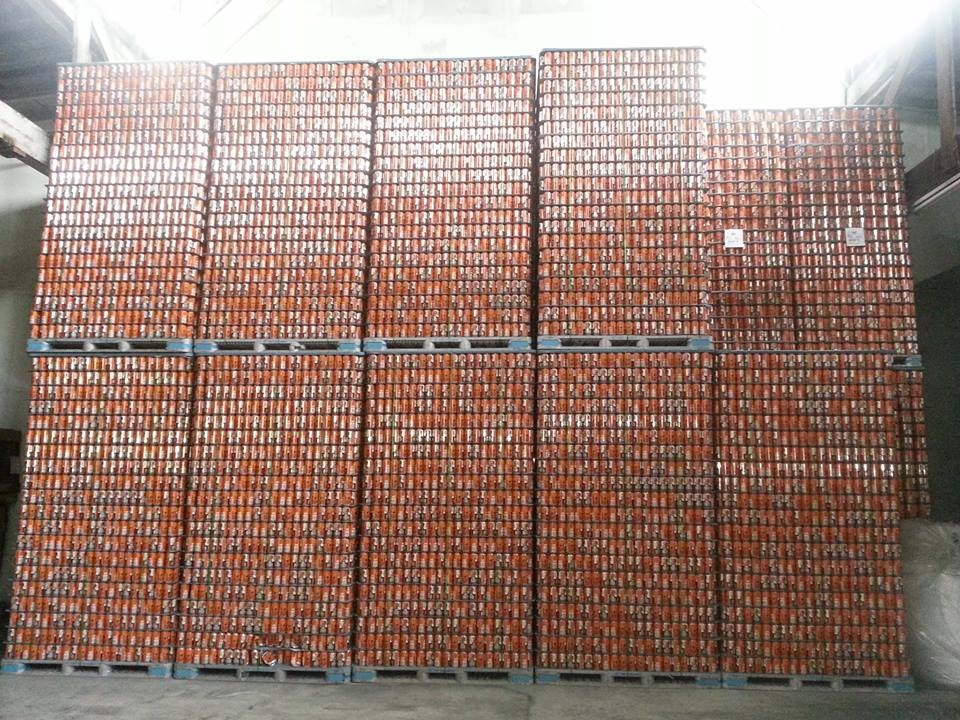 6. I know you guys are brewers yourselves, so what’s the craziest beer you’ve made?  How about the craziest you’ve tried?
We have brewed a Belgian Tripel with godiva dark chocolate, and a barrel aged stout with peppers in it, both turned out really good. We haven’t been able to brew as much as we would like since we started the bus, but we still love it and try to brew when we get some extra time. The craziest I have tried is a sour beer… they are very interesting. I understand it is an acquired taste.

7. What’s the worst part of driving around a bus full of people that have tried beer at three breweries?
The worst part by far is watching everyone enjoy all these amazing beers while I drink water. Other than that our customers have always been great.  Everyone just wants to have fun and enjoy the great beer, and they trust us to give them that.

8. Any cool history about the bus?
Well we got the bus from a bankruptcy auction, it used to be an airport shuttle bus.  There were a few other people, and even a church group that bid for the bus, and we lucked out and ending up getting it. We took out the luggage racks, put in extra seats, built the cooler box, all in my driveway.

10. Anything else our readers should know about the Jax Brew Bus?
Well we love the Jacksonville craft beer scene, but even more we love showing people why we love it while making sure they have an awesome experience. We are ranked the #1 activity in Jacksonville by tripadvisor.com. If anyone wants to see what people say about thier time on the bus check it out. Otherwise visit us at jaxbrewbus.com to book a seat, and we can’t wait to have everyone Hop On!