When you ask what sort of food the Jacksonville area is best known for, many residents would say barbecue.  It seems like there’s a barbecue restaurant on every corner.  I took a minute to count the number of Jax area barbecue places listed on Zomato (formerly Urbanspoon) and found out that there are a whopping 98 barbecue restaurants in Jax!  With such a large number of barbecue spots in town, it’s pretty tough to stand out.  Most barbecue places we’ve visited in town are okay and fall somewhere in the middle of the pack.  They either have great meat or great sides, or both are just okay.  Trying to find a barbecue place that has killer meat and killer sides sometimes feels like hunting for Big Foot.  Yet still we continue the search.  Over the last couple of months all we’ve heard about from our readers is this little barbecue place in Middleburg called G’s Slow Smoked BBQ.  We finally bit the bullet and made the 45 minute trek out there.  Boy are we glad we did! 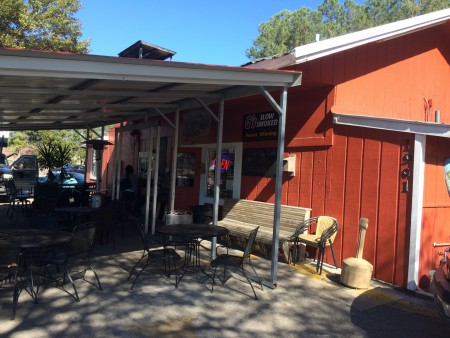 G’s BBQ is owner Gary Park’s labor of love.  Self taught, he honed his skills over several years of practicing the art of smoke cooking.  “I tried to find the perfect balance of heat and smoke combination, along with the numerous variations of spice seasonings, and sauces available,” Gary shared.  After much trial and error, he decided to go for it, and set up on Saturdays only at a nearby corner to sell his barbecue.  “Around 2009, a good friend of mine, John Bennett and I entered our first competition and placed a respectable 2nd in the chicken category!  After that, it took off from there.  We entered our very next competition at the Jacksonville Backyard BBQ Championship, and won reserve grand champions!”  After many more competitions and many bumps in the road, Gary and another friend, Andy Barker opened G’s Slow Smoked BBQ in May of 2012.  Four years and a restaurant literally covered in trophies and medals later, G’s Slow Smoked BBQ is blowing barbecue fans away. 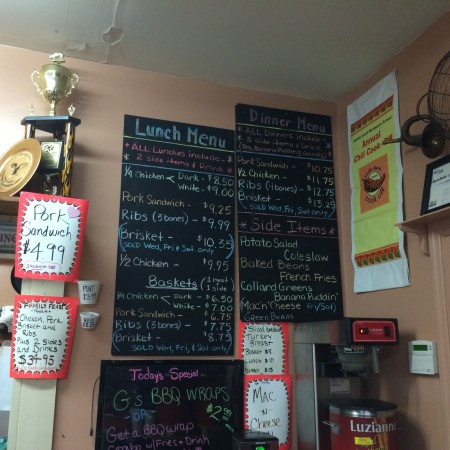 We asked the folks at G’s Slow Smoked BBQ if they could put together a sampler plate of some sort.  They said they’d never really done that before but obliged us by allowing us each to purchase a plate which included turkey, pulled pork, a rib, and chicken along with three sides.  We’d been hearing from our readers non-stop that G’s BBQ was the best barbecue in the Jacksonville area.  With 98 barbecue restaurants to choose from, there’s plenty of competition.  Digging into the first meat we tried, we could see why G’s BBQ has become so highly regarded.  The pulled pork was incredibly tender and full of flavor.  It had just the right amount of smokiness and was all-around some of the best pulled pork we’ve had – period.  We poured some of G’s made in-house mustard BBQ sauce on top and it was pure perfection. 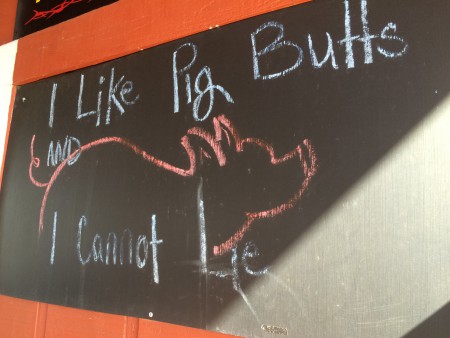 Next up was the turkey.  The turkey had a good amount of moisture, was well cooked and overall enjoyable.  Certainly not the star of the show though.  The ribs were insanely tender.  People always describe great ribs as “fall off the bone good.”  These were exactly that.  The meat came right off the bone with no effort.  The ribs were pure meaty goodness.  If there’s a better rib in the Jacksonville area I sure haven’t found it.  We tried G’s sweet barbecue sauce made in-house on the ribs and it was the perfect complement to the stellar fall-off-the-bone meat.  The last meat we got the chance to indulge in was the chicken.  I always find barbecue chicken to be fairly boring and all too often dried out or overly smokey.  Again G’s had the perfect amount of moisture and just the right amount of smokey flavor.  G’s makes a tangy mustard barbecue sauce that ranks as one of my favorite sauces ever.  Downtown Jax has Jenkins mustard barbecue sauce. Middleburg has G’s tangy mustard sauce.  They should bottle this sauce.  I’d take a bottle home and eat it on everything…barbecue, salad, steak, veggies.  I might even bathe in it. 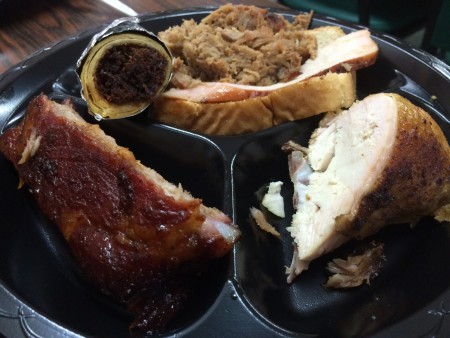 As I mentioned at the beginning of the article, we normally find that barbecue places either have really good meat or really good sides and rarely do you ever find one that has both.  G’s is that rare restaurant that wins in both categories.  We tried the mac n cheese first.  Frankly it’s visually pretty ugly.  It kind of looks a bit like yellow slop.  It tastes the opposite.  It’s really good mac n cheese.  Get it.  You’ll enjoy it.  Next up were the baked beans.  I loved them.  They satisfied my HUGE sweet tooth with a bit of sweetness, and the bits of shredded/pulled pork mixed in balanced off the taste with a touch of savory.  These beans are top notch.  The potato salad at G’s BBQ is a mustard based potato salad.  If you’re a fan of mustard based potato salad I think you’ll really love it.  It’s good stuff.  If you’re not into mustard it definitely won’t be your cup of tea. 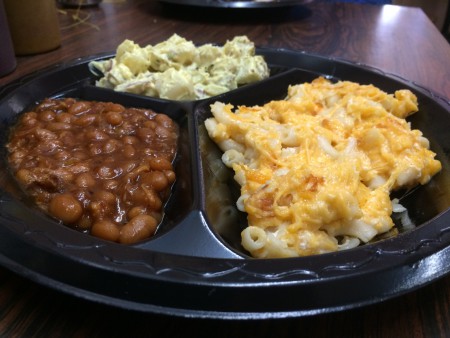 If you love barbecue you owe it to yourself to make the long haul out to Middleburg and try some of the best barbecue in the Jacksonville area.  Dare I say THE best?  Let’s say top 3 in Jax in my book.  This place is crazy good!  Killer meats AND killer sides.  Wonderful people who make you feel like family.  What more could you possibly want in a barbecue place?  G’s Slow Smoked BBQ truly is something special. 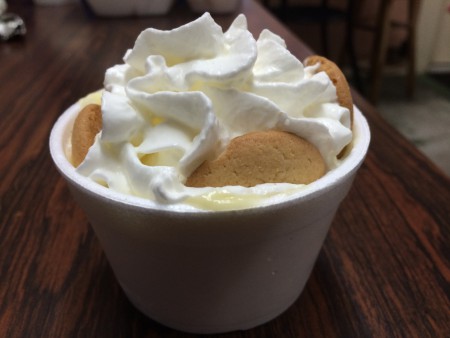