As the average palate in Jacksonville expands, so does the collection of restaurants on the First Coast. It’s not strictly BBQ and sandwich shops anymore. One up and coming cuisine in our area is dim sum. Dim sum is a Chinese style of eating where a variety of buns and dumplings are prepared and then generally shared with dining companions. We already shared Silver Star Chinese Dim Sum with you. Now Timwah Dim Sum has opened on Baymeadows Road as a solid choice for both newbies and experts.

Timwah is at 8358 Point Meadows Drive, behind Walgreens, near the fancy Winn Dixie on Baymeadows. It’s a small place with maybe 50 seats. Their soft open began last week with a three hour lunch service and four hour dinner service. Usually a soft open is just that; not much publicity, just getting the routine down while a handful of friends and diners happen upon your restaurant. Timwah’s soft open was more of a trial by fire. They have had the anticipatory attention of every food blogger in town for months. It turns out Jaxsons are starving for dim sum. Timwah’s soft open resulted in lines out the door, canceling dinner service because they ran out of food at lunch, slow ticket times, and truly delicious dim sum. 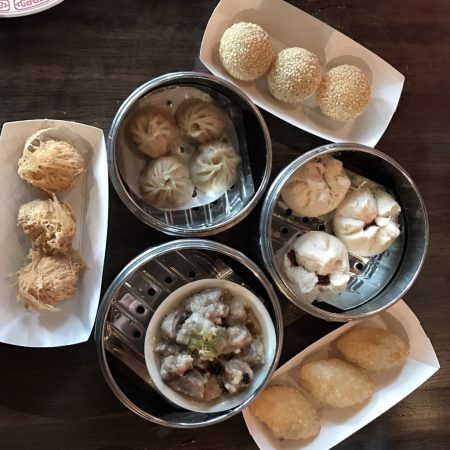 We are not going to slam a restaurant for having an overwhelming soft open. The crew at Timwah sold out every day. They prepared a larger quantity of dim sum everyday and they limited their menu as the week went on to streamline the entire process. And still they closed for the weekend to regroup and come up with a new plan to serve more diners. People are clamoring for their dim sum and they don’t have enough hands to meet the demand.

We went to lunch at Timwah on Wednesday, their second day of the soft open. We got there at 11:30 and the restaurant was already three quarters full. The service was slow and there seemed to be some overall confusion in delivering dishes to the correct tables, but this is all due to the overwhelming response that the team had not been able to anticipate. Anytime we go to a brand new restaurant we go with the expectation that the food will be good and the service will improve over time. Timwah has what every restaurant in town wants- everyone’s attention. Now they just have to figure out how to meet that attention and not be blown over by it. Easier said than done, especially when your cuisine is made up of individual and intricate dumplings. 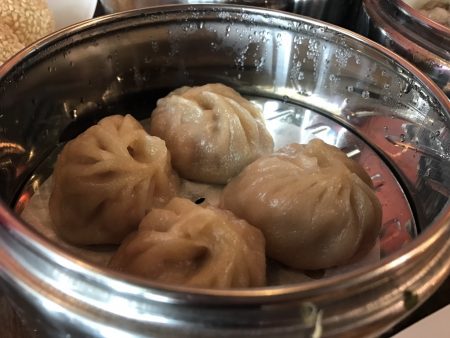 We’ll break down our dim sum one by one:

Steam Spare Ribs: This common dim sum choice is small chunks of spare ribs on the bone which you bite off. They tend to be oily because the meat is fatty and these were no exception. They had a fantastic depth of savory flavor. The meat was tender, not chewy.

Steam BBQ Pork Buns: These are another very common, straightforward dim sum option. These buns are a must order if you are new at dim sum. Because they are steamed the bun has a very white, almost uncooked appearance, but they are cooked and the buns are soft. The BBQ pork filling was fantastic. This is chinese bbq so it’s not like Sweet Baby Ray’s inside the bun. There is a little sweetness that is quite agreeable to this savory bun.

Pan Fried Turnip Cake: This was a new dish for me. Turnips are a root vegetable similar in taste to a potato when cooked, but with a smoother texture and deeper flavor.  Typical American palates would often quickly skip over something called a “turnip cake”, but that would be a mistake. This rectangle of melt-in-your-mouth pan fried goodness was one of the highlights of our meal.

Sesame Ball: This is one of the more familiar dim sum dishes, often seen on Asian buffets with desserts. These were a generous golf ball size. While they were a vast step up from their buffet brethren, they just did not have much flavor to me. The inside is a gooey, very lightly sweet filling. With these being larger than is typical, I did not appreciate the ratio of more gooey inside to crispy outside. If sesame balls are your thing, these will satisfy you, but if they aren’t, don’t start here.

Taro Cake: Easily the coolest looking dim sum I have ever seen, these crispy dumplings look like they came out of the kids movie Trolls. Taro is likely most familiar as a mild frozen yogurt flavor, and it does lend itself to desserts. I was not sure what to expect with these, whether they would be sweet or savory, which made me a hair nervous at first bite. They turned out to be savory, with mushroom in the very middle, surrounded by mashed taro, inside a crispy fried shell. The taro was a similar consistency to the sesame ball; nearly a paste. But it’s so mild it can compliment almost anything and it was nice with a touch of sauteed mushroom. If you are looking to try something a little new, but aren’t quite up for, say, chicken feet, the taro dim sum is a good choice.

Soup Dumpling: These little dumplings are a must try. They are some of the most flavorful dim sum. They are made by putting a little meat (typically pork) and soup broth gelatin in a pillow of pasta, then boiled or steamed. Every bite is a miniature kettle of soup in your mouth. The flavor is comparable to won ton soup, but there is simply more flavor. Soup dumplings may be a gateway to dim sum for pickier eaters.


Fried Pork Dumplings: We ordered both Steamed Shrimp Hagao and Custard Egg Tarts, but there was much confusion when the dim sum was delivered to the table. We ended up with Fried Pork Dumplings and no Shrimp Hagao or Custard Egg Tarts. The two servers were in the weeds for the remainder of our meal and by the time I realized the mix up we were halfway done eating. The Fried Pork Dumplings were greasy and had little filling; it was mostly biting into air. The flavor wasn’t bad, but these were a miss the day we had them. I was sad to not get any custard egg tarts, but it was not going to be worth the wait since we had been at the restaurant for an hour by then. 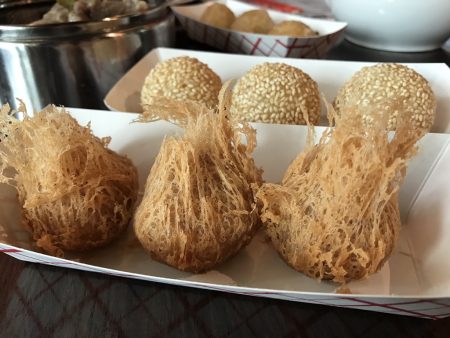 Overall the food at Timwah Dim Sum was tasty. I don’t want to wait to go back, but I probably will, and you should too if you are at all impatient. They need time to get their operation going smoothly and figure out how to make enough food. It’s a tall order for a city so hungry for dim sum.

If you go, expect to wait for drinks, to place your order, for your food to come, and to pay your check. Additionally, check their instagram to make sure they are open. They are currently limiting the hours and days they are serving and we would hate for you to waste a trip.

Timwah Dim Sum is a great addition to the Jax food scene. The enormous response to a dim sum place shows how ready Jax is to embrace new restaurants and a variety of cuisines. We hope they are able to work out the kinks and have a smooth operation in no time. Meanwhile, we’ll be dreaming of turnip cakes and soup dumplings. 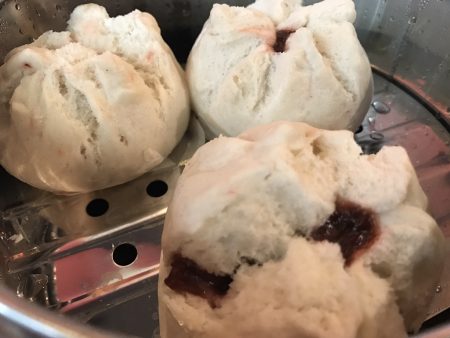 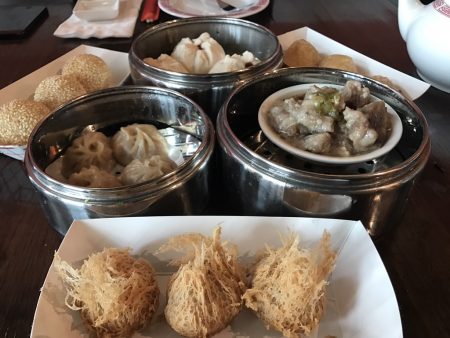