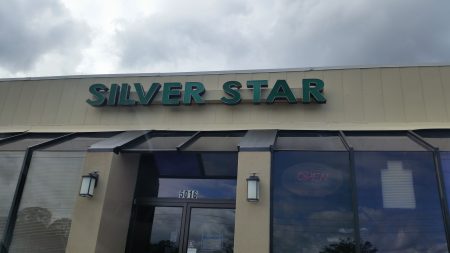 About 15 or so years ago, during a visit with my mom, who was living in Orlando, FL at the time, she suggested we eat at a Dim Sum restaurant. I’ve never heard of dim sum before then, but it sounded vaguely Chinese, and we like Chinese food, so we said yes. What I did not know is dim sum is not a food, it is a style of eating. And when I saw it for the first time, I was amazed! A whole new world of Asian cuisine had opened up to me. I don’t recall the name of the place, but I will always and forever remember the experience. It was loud and vibrant. The squeaky wheels of steam carts whizzing by diner’s tables at a frantic pace, the clang of steam pot lids opening to reveal foods I’ve never seen before, let alone eaten before; the sight of steam rising from the carts, filling the dining room with a symphony of delightful and unusual smells. It was the best time I’ve ever had at a restaurant. I wanted to try everything. 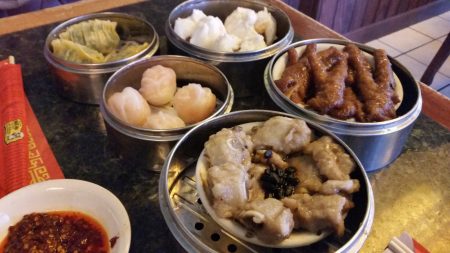 For those that haven’t experienced dim sum before, a bit of a primer. Dim Sum, translated from Cantonese, means touch the heart. (Thanks, Wiktionary: https://en.wiktionary.org/wiki/dim_sum) Aside from the translation, dim sum is a style of Chinese cuisine prepared in small portions and served in small steamer baskets or plates. These small baskets or plates are then placed in steam carts and wheeled around the dining room by servers and presented to diners. Diners pick and choose what they want to eat and pay per basket or plate. 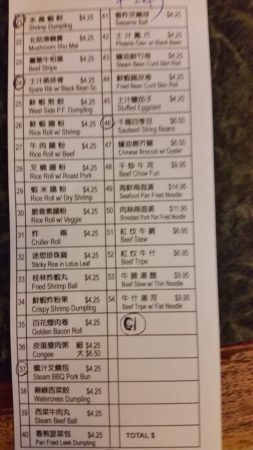 Ever since my first dim sum experience in Orlando, I would try to find a dim sum place everywhere I’ve lived. But alas, living in smaller cities most of my life, dim sum eluded me. So moving to Jacksonville, and knowing how diverse a city it is, I was hoping to find a really good dim sum place to frequent. Surprisingly, there are only a few places here that do dim sum. There is the Dim Sum Room inside of the Dancin’ Dragon Asian Fusion on Southside, but I recommend avoiding it at all costs. It is not good. Like, at all. Blue Bamboo is always great, but only does dim sum once a month on a Sunday. Not good if you can’t make it on that one Sunday. 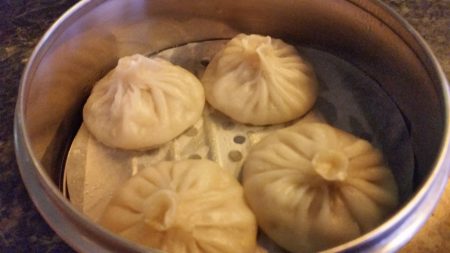 So it was with great joy in my heart I found out about Silver Star Chinese Restaurant on Blanding Blvd on the Westside. They do dim sum seven days a week. They also offer a regular menu, which for the sake of journalistic integrity; I didn’t look through or order from. I was here strictly for the dim sum. The dim sum menu takes two forms; the first is a menu with various dishes listed. You circle the ones you want, indicate how many and they’ll bring it out. The second, and really the best way to order dim sum is the rolling cart. A server rolls out the cart, lifts the lids off of the steam baskets, and you pick out what you want. Depending on the size of the dish, the price will range from $4.25 to $14.95 per item. I love ordering this way. It feels like an authentic dim sum experience and a great way to interact with your food. 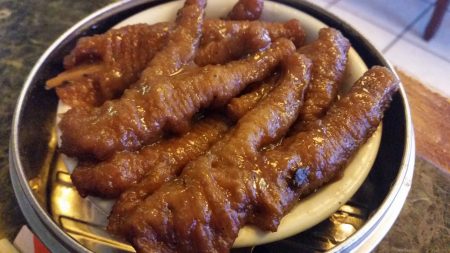 We ordered eight different items from both the dim sum menu and the cart. So as to not fatigue you, the reader, I’m going to present each item, bullet point style and give you the highlights of each with an overall final thought at the end. Here we go. . .

BBQ Pork Steam Buns – The buns themselves are moist and fluffy. The BBQ pork inside was sweet and tender. The BBQ pork wasn’t Bearded Pig caliber, but hey, whose is?

Chicken Feet – Braised in a beautiful sauce made with Chinese five spice, with anise and cinnamon flavors rising above all. They tasted fantastic and are just as fun to eat. The natural gelatin gave the chicken feet an unctuousness that felt very pleasant on the palate. Winner winner, chicken feet dinner.

Spareribs – These were pork spareribs cooked in a black bean sauce. They were the perfect bite size. You pop one in your mouth, work your way around and spit out the bone. The black bean sauce is terrific and goes great over white rice.

Westside Dumplings – A Silver Star original. Crispy fried dumplings filled with minced pork and shrimp. These were my favorite of the bunch. The port and shrimp tasted fantastic together and the fried dumpling itself had a great toasted flavor and wonderful crunch.

Sautéed String Beans – Green beans sautéed with garlic, oil, and soy sauce. These were great. The beans were cooked perfectly. Still crunchy, not mushy or stringy. A great bite to eat in between all the meat filled dumplings.

Soup Dumplings – I was very excited to see these on the menu. These are steamed dumplings filled with soup. I don’t have the space to write about how to eat these marvels of ancient Chinese cookery, so I recommend watching Zagat’s Stop Eating it Wrong YouTube video on the subject (https://youtu.be/wqw715DaVxE). After biting the knot off the top of the dumpling, I slurped up the soup. The soup was light and delicious. After sucking the broth out of the dumpling, I ate the remainder of it, which was filled with bits of pork. It was fantastic. A must order. 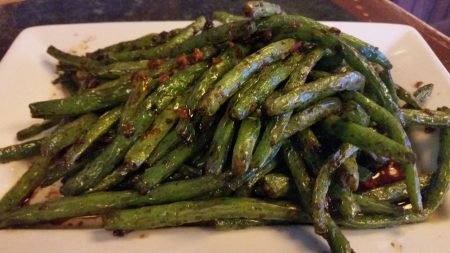 Dim sum is a wonderful restaurant experience, especially for a group. Everyone can share and try something different. It’s an educational experience to point at a steam basket and ask, What’s that?You can laugh at your friends as they try to eat their way around a chicken foot. Then they laugh at you as you mess up on the soup dumpling and get it all over the table. Overall, Silver Star is a shining star as a representative of dim sum dining in Jacksonville. Silver Star definitely touched the heart of this dim sum eater. 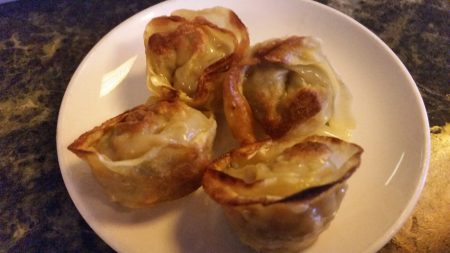 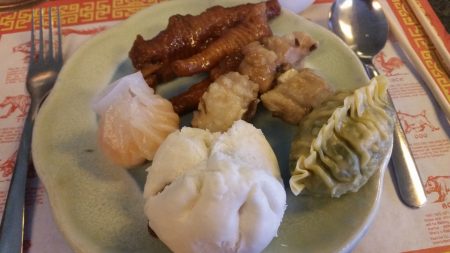 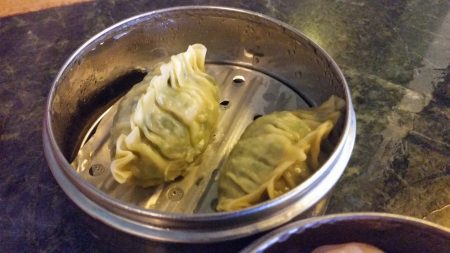