Bob’s Steak and Chop House opened March 1st at The Omni Amelia Island Plantation.  The Texas based chain seems to subscribe to the motto that everything’s bigger in Texas, with huge portions, giant bread, giant shrimp, steaks and more.  Everything Bob’s serves is made in house except the ice cream which comes from Leopold’s, an amazing 95 year old creamery in Savannah. 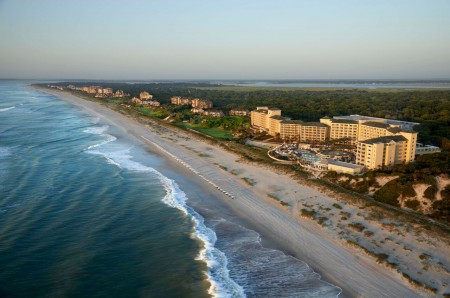 Every meal at Bob’s starts with a jar of pickles on the table and a giant hunk of bread served with butter.  The bread was simple and nice.  The pickles were quite peppery and a bit saltier than usual.  Maybe they just didn’t match my taste buds.  Next we sampled a couple of appetizers served family style.  The shrimp platter offered up fried shrimp, cocktail shrimp topped with cocktail sauce, and cocktail shrimp topped with remoulade.  The shrimp were HUGE!  The person next to me asked jokingly, “Are these lobster?”  One of these shrimp is the equivalent of at least two normal shrimp.  Shrimp fans will be in heaven.

The calamari were straightforward typical calamari.  Salad was next.  The wedge salad I chose was a giant hunk of iceberg covered in dressing, blue cheese, and bacon.  Exactly what you’d expect and nicely done.  For the main course I choose a 14-ounce ribeye.  Bob’s uses only USDA prime beef which is grain and corn fed.  Only the top 2% of all beef raised in the US in considered prime beef.  The ribeye was juicy with a nice fat layer around the outer edge and a beautiful sear.  You could clearly tell the quality of this beef.  If you want a great steak in the Amelia/Fernandina area this might just be the one for you.  The steak was served with Bob’s signature giant carrot and mashed potatoes.  The carrot had a wonderful sweet glaze which I really enjoyed.  The potatoes tasted of butter and had a nice consistency.  We also tried the Brussels sprouts.  These had a deep smokey flavor and were served without all the fanciness of a sauce or bacon like we see so often now.  It was refreshing to get Brussels sprouts done well in a no-frills sort of way. 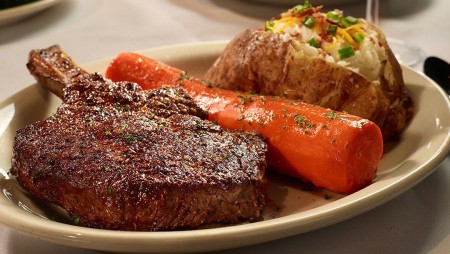 For dessert we indulged in a slice of key lime pie.  So many of Jacksonville’s key lime pies are overly sweet with sugar coming through more than lime.  This is the kind of key lime pie that will make your lips pucker.  Fans of sour tastes will definitely be fans of this one.  We also sampled the vanilla ice cream served up at Bob’s.  Bob’s brings this in from Leopold’s Creamery in Savannah.  This ice cream was wonderfully rich and creamy.  As someone who even eats ice cream in the dead of winter I can vouch for the amazingness of this scoop.

We found Bob’s to be a fantastic steakhouse that could give Ruth’s Chris or any other high-end national chain a run for its money in terms of quality.  From entrées to sides to desserts Bob’s really shines.  If you are anywhere near Amelia Island and you’re looking for a great steak, head over to Bob’s to satisfy your craving. 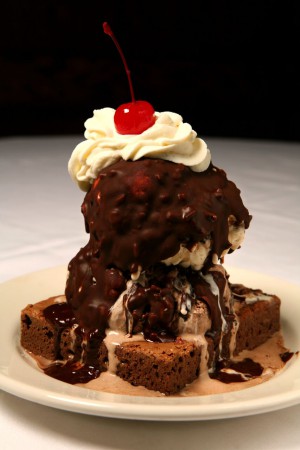