Driving down the road looking for some sort of interesting restaurant we saw a little tiny Mexican place that looked like the kind of hole in the wall spot we might love. Mi Veracruz Mexican Restaurant is a tiny little place in a slightly run down part of town. The restaurant only has 7 tables. It has the feel of a neat little small ethnic restaurant. They offer a pretty typical Americanized Mex sort menu with tacos, burritos, chalupas etc. 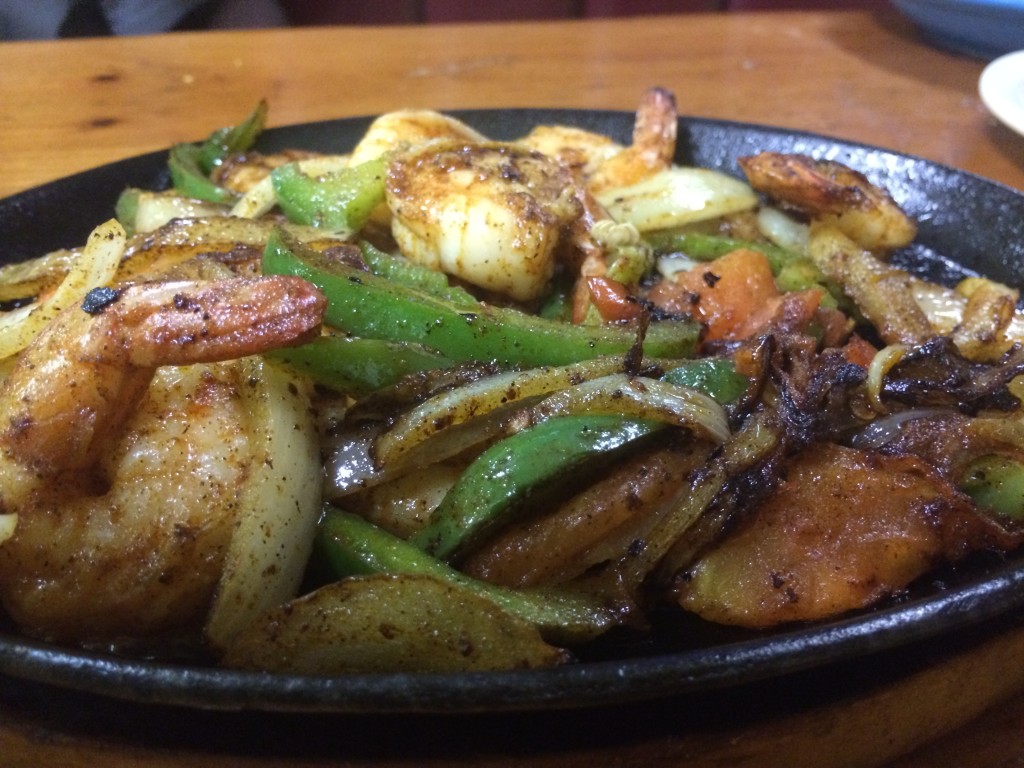 We started off with complimentary chips and salsa and also ordered some queso dip($2.99). Unfortunately both were rather bland. Next up we ordered the white fish ceviche tostados($6.99). I didn’t have high hopes for this ceviche but as a true ceviche lover if it’s on the menu I can’t help myself. This ceviche turned out to be fantastic! It was with additional sauce on the side and lime to squeeze on top. When it came out it was simple white fish ceviche on top of two hard shell tortillas. The presentation was a little basic but the ceviche itself was amazingly flavorful. Whatever they put in the spicy sauce it’s served with it’s magic. Spicy citrusy fish onions avocado and spices are just wonderful in this one. I might make a return trip just for the ceviche. For one of our entrees we ordered the pick two for $7.50 which included two items from a selection of 8 different options like tacos, flautas tortas tamales etc. and also includes rice and beans. We kept it simple today with a hard shell beef taco and a chicken flauta. The chicken flauta was a simple hard taco shell rolled around some chicken. They really could have added a little something with flavor to it….a vegetable, some spices, sauce….something. The hard shell taco meat actually had above average flavor. The cheese on the taco tasted like mozzarella. I doubt it was mozzarella but it definitely had that ultra mild flavor mozzarella exhibits. I very much prefer a stronger cheese in my tacos so this was fairly disappointing. The cheese and beans were pretty much what you’d expect. The last thing we tried was the shrimp fajitas($11.99). The veggies and shrimp tasted very fresh and we’re cooked perfectly. No burning or sticking to the pan that sometimes happens with poor preparation. The fajitas were served with very tasty authentic house made tortillas. That’s rare for a small Mexican spot in Jax. We give them major credit for that. 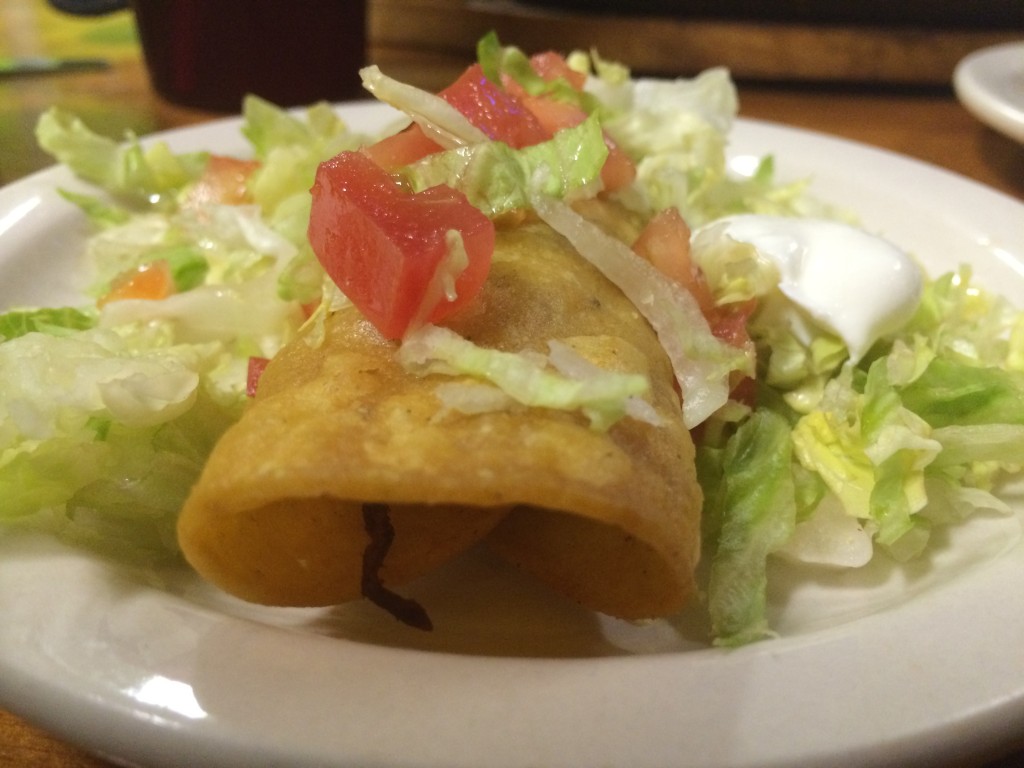 Service was good. Out waitress spoke very little English so we had to point to everything on the menu. Our drinks were kept full the whole meal and we were checked on periodically throughout. The real standouts of the meal were the excellent ceviche, and the house made tortillas. If we’re in the neighborhood again Mi Veracruz is a spot we’d definitely stop in at although we wouldn’t make a special trip. 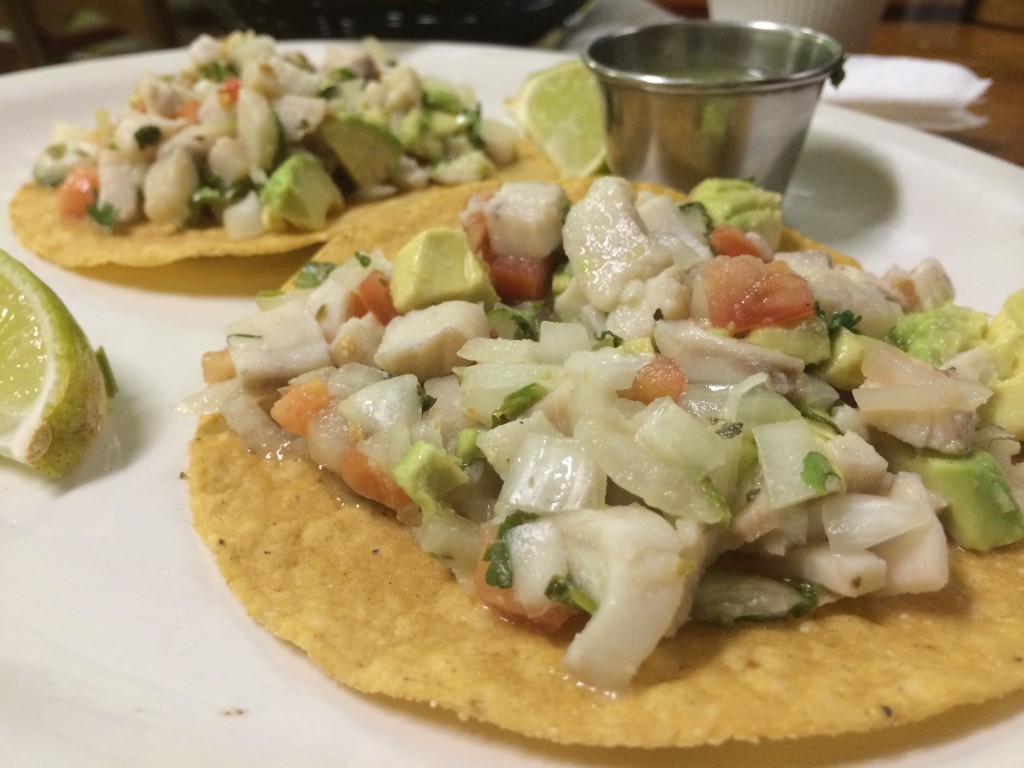 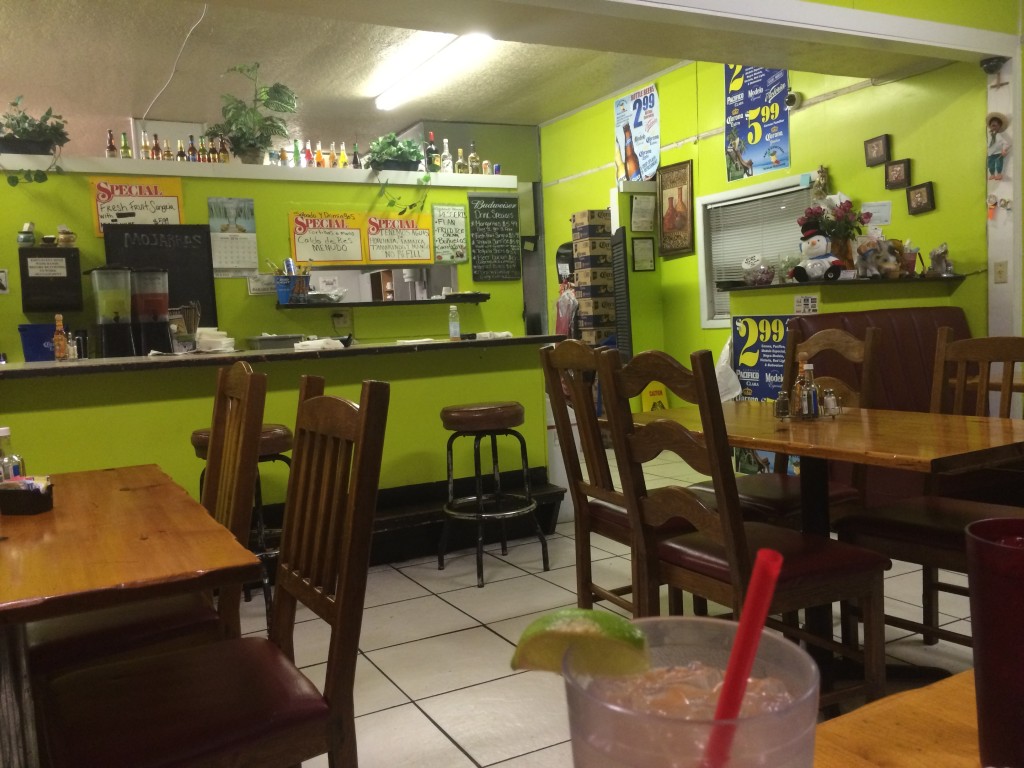