We ran over to King Street for lunch. King Street is always a good place to drive to if you haven’t quite decided what you want to eat. On this particular trip we ended up at a restaurant that is King Street royalty, Kickbacks gastropub. Before all the recent cool kids on King popped up Kickbacks was there. They remain the measuring stick for King street in my book. Kickbacks is in the middle of a big expansion. They’ve taken a beating over how slow the kitchen is able to get food out during their expansion. Let’s hope that is the cause of the decline in service. At one point it was the gem on North King Street. Now, it’s just another place and I think it needs some of the “flair” it had previously to regain a firm position as a destination on King. 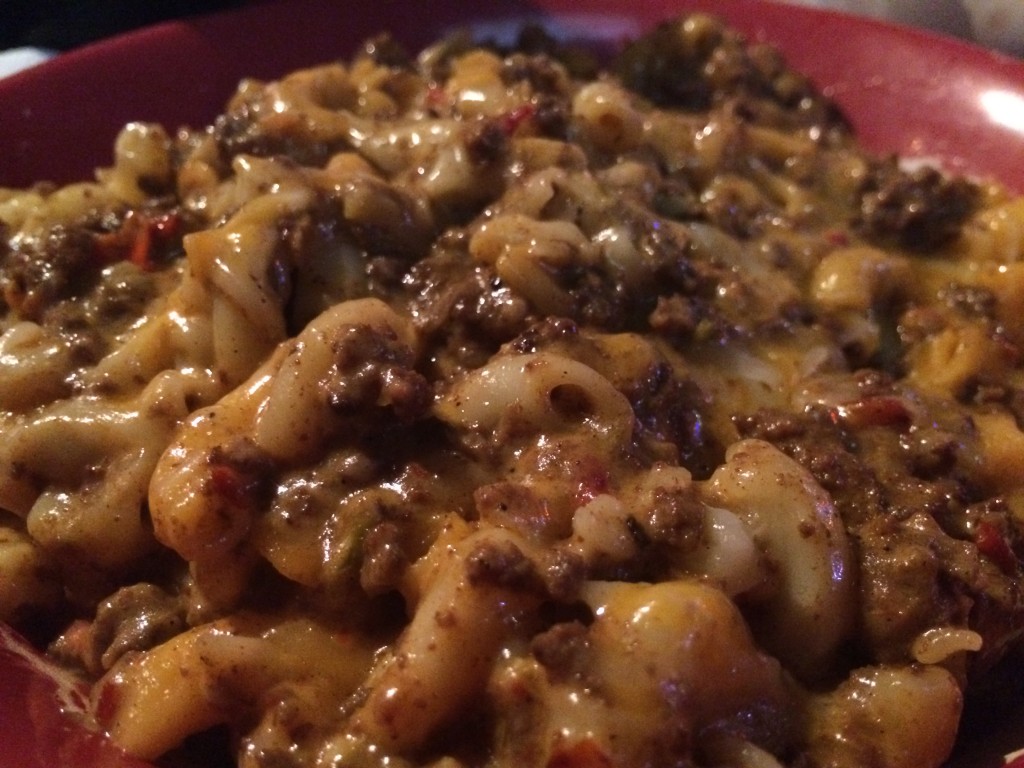 On your first visit to Kickbacks you’ll realize where their priorities lie. The ceiling is 1/2 covered with tap handles. Half covered doesn’t seem stunning but try counting the handles. You’ll finish your first beer before you finish and then you can order another off of the menu of nearly 90 beers on tap. So…yeah…Kickbacks does beer. Why do I keep going there for lunch on work days? 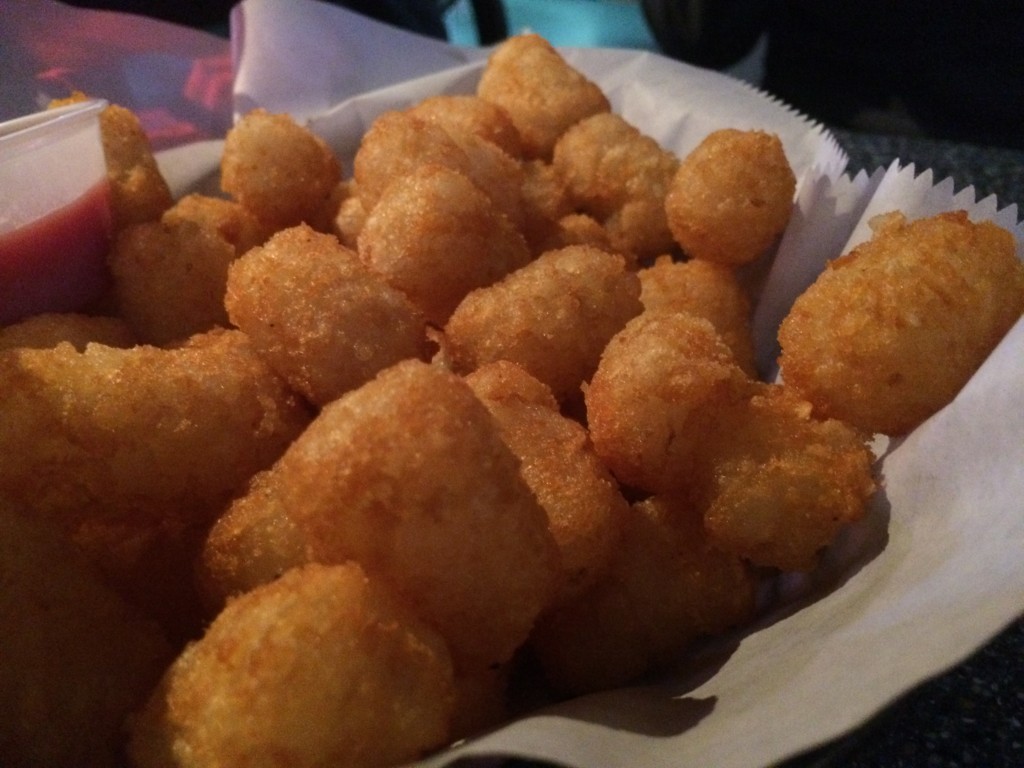 Kickbacks – Get Your Own Tots

Food: Kickbacks has a section of the menu called “vintage” devoted to old school favorites we had as kids. They offer things like spaghetti O’s, Ramen noodles, even the infamous fluffernutter. That’s peanut butter and marshmallow fluff on a sandwich for you uncultured slobs! Haha! As typical American kids we grew up eating hamburger helper at home and tater tots with my school lunch. We loved both. So for one of our lunch dishes we tried Hamburger Helper($6.49) and Tater Tots($2.99). The Hamburger Helper was pretty much an entire box plus an absurd amount of ground beef. If you like hamburger helper, then this is a no-brainer. It’s a huge portion, and I’m sure they sell it like crazy when it’s near closing time. 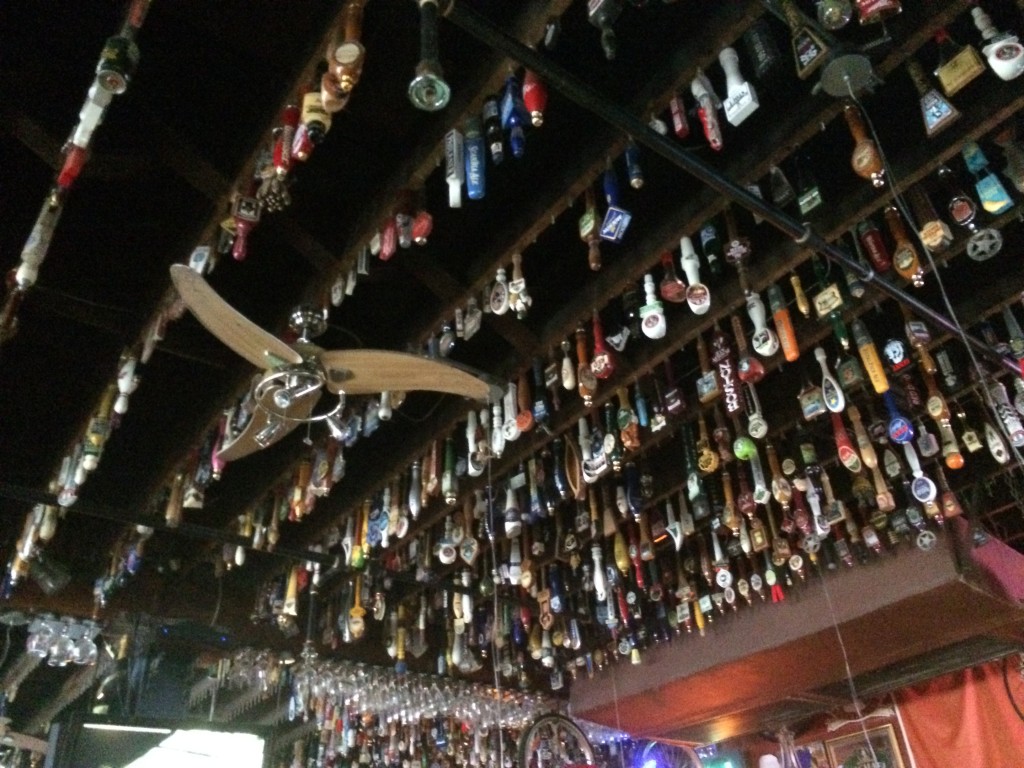 The Tots were crispy and tasty like you used to eat in middle school but just a bit better. What do you want? Hamburger helper and Tater Tots for lunch wasn’t exactly a culinary stretch.

The other item we tried was the veggie Panini. It is one of my favorite meatless sandwiches in Jacksonville. I’m not a vegetarian, but sometimes I want to eat a vegetarian meal. Often I find that a vegetarian meal means that I’m not full. Kickbacks veggie panini is hearty and I always feel well fed. The artichokes were a bit large so some bites were nothing but artichoke. Otherwise it’s a great mix of veggies. I should order it without onions when I’m headed back to the office but I always forget. The best part about this sandwich is the way they use bread. Sometimes panini bread is so doggone hard and dense you can’t really eat it without punishing your tongue and pallet. This bread isn’t light, but it’s close. I tend to get it with onion petals which are greasy bite-size version of onion rings. The onion petals are good at kickbacks but they’re hard to mess up.

Service: We went at lunch and it took FOREVER to get are food. I’d guess 30 minutes from the time we ordered. We hear it’s been even slower during prime-time service since construction started. This is a short review and we’ll be sure to go back once the construction is complete to see if these problems are resolved. We’re willing to give Kickbacks the benefit of the doubt because they’ve been so solid year after year. 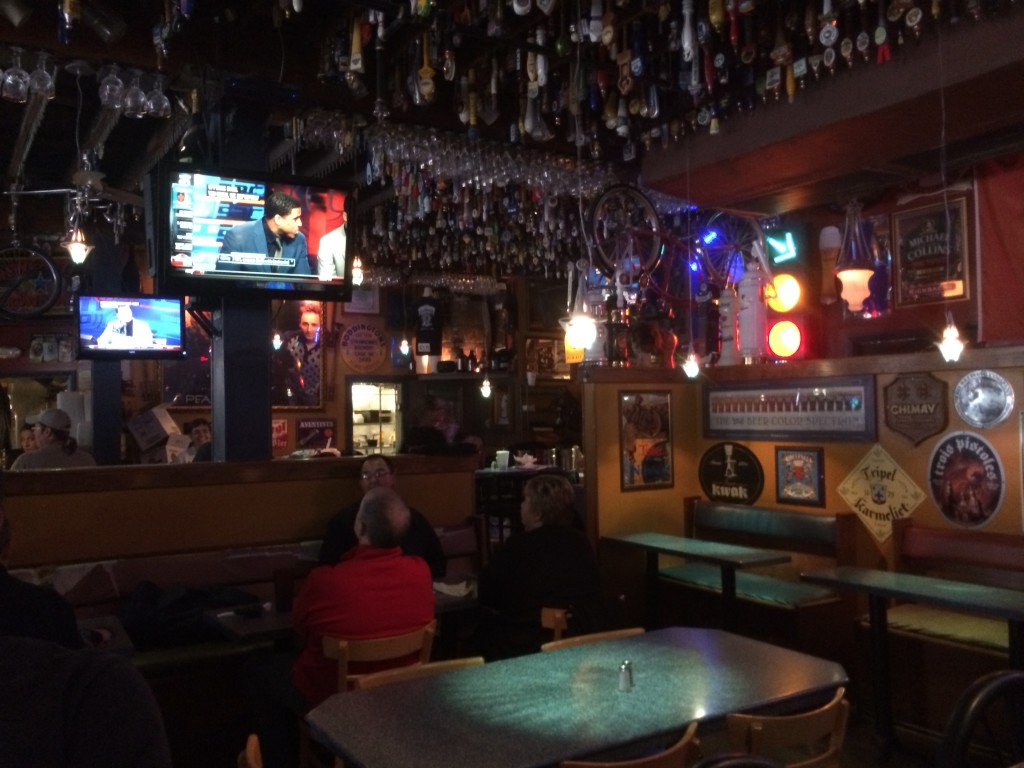 Of note is that King St. pulls some of the most eclectic, interesting, and happy people in Jacksonville. Kickbacks takes it a step further than the rest of King Street. I love that atmosphere. Kickbacks is my go to restaurant when I have an out of town visitor that is a beer drinker. Let’s hope that things improve going forward.