This past week we stumbled onto a Facebook advertisement that really caught our attention. V Pizza, one of Jacksonville’s most popular homegrown pizza chains ran an ad calling out Yelp for shady business practices and blatantly called Yelp a scam. You can find the ad below at the bottom of the page. Essentially the owners/management team at V Pizza asked customers who were already fans and regularly complimented them on social media to take a minute and write a Yelp review. Then most of those reviews were listed as not recommended and not factored into the overall star rating at all. V Pizza claims to have contacted Yelp and received a “we’ll get back to you” with little follow up. They also claim to have spoken with a source in management at Yelp who essentially told them that the algorithm favors advertisers and functions less favorably toward non-advertisers like V. Yelp has been plagued with accusations of unfair treatment from local businesses and hundreds of local business owners across the country have accused Yelp of essentially bullying them into buying ads with thinly veiled threats of a lowered Yelp rating or less exposure. Here are a couple of examples of stories detailing accusations of unfair practices by Yelp:

Many of the review sites specifically tell owners not to solicit reviews in this manner and have algorithms that look for an abnormal increase in the number of reviews in a short period of time for a particular restaurant. They then hide or remove reviews if things appear to be abnormal. Yelp and Zomato are two of the best known with this policy. Here’s a link to Yelp’s page telling restaurant owners not to ask for reviews: Don’t Ask For Reviews 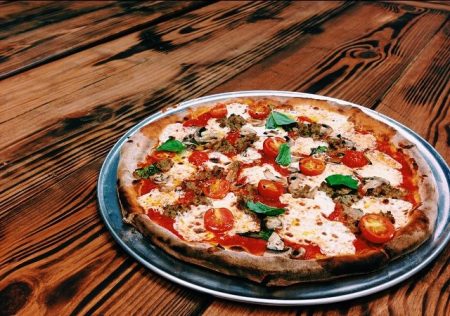 While in this case the business owner may have run afoul of Yelp’s rules against soliciting reviews, we have a hard time seeing Yelp as a platform that plays it completely above board. Over the last couple of years we’ve heard numerous personal accounts from restaurateurs in Jacksonville of high pressure ad sales tactics and what essentially amount to thinly veiled threats if they don’t purchase ads. Yelp argues this doesn’t happen. Restaurateurs say otherwise. I suppose the question is who do you trust more. This large national company or local restaurateurs? We’ll leave that question for you to answer. 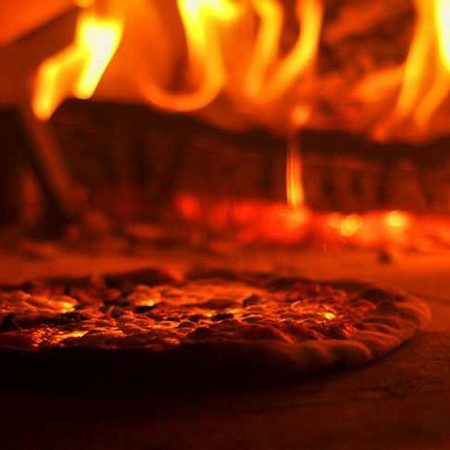 We asked Yelp for comment on the V Pizza ad and their spokesperson responded with the following statement:

“There has never been any amount of money a business can pay Yelp to manipulate reviews and there is no relationship between reviews and anything to do with Yelp ads. Any claims that Yelp manipulates reviews for money or that advertisers are treated any differently than non-advertisers are completely false and have been repeatedly dismissed by courts of law, thoroughly researched and disproven by academic study, and investigated by government regulators, including the FTC, who closed a nearly two-year investigation without taking action.

Yelp has a recommendation software in place that looks at dozens of signals for each of the 121 million reviews on the site and currently recommends about 71% of all reviews submitted to the site. In order to keep our content helpful and reliable, we try not to highlight reviews written by users we don’t know much about, or reviews that may be biased because they were solicited from family, friends, or favored customers. We also try to weed out reviews that may have been written or purchased by business owners to help themselves or hurt a competitor.

It’s important to note that Yelp actually discourages business owners from asking for reviews. Asking for reviews from customers can create a bias away from organically motivated reviews. Not only does solicitation lead to bias, it’s a bad experience for customers too. Yelp has had this policy for a long time, and if a business does choose to solicit reviews from their customers, this tactic is likely to fail on Yelp. If a business solicits reviews, our recommendation software is designed to identify that activity and determine those reviews to be less trustworthy, thus placing them in the “not recommended” section of the business page.

Finally, our recommendation software treats advertisers and non-advertisers exactly the same. You’ll find plenty of Yelp advertisers with negative reviews, and plenty of non-advertisers with five-star ratings across the board. Furthermore, there is zero relationship between the timing of when a review gets recommended and when a business decides to – or declines to – advertise: reviews can be recommended or not recommended days, weeks, or even months after they were first posted, and Yelp sales representatives don’t have any influence over when that might happen.

We’re not sure who this business owner spoke with that implied payment had any influence over reviews, but this is something we would never imply or offer – Yelp would be an unreliable source if we did.” 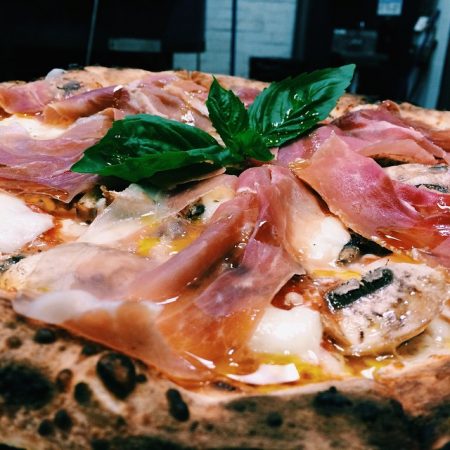 This post is in no way, shape or form a dig at yelpers. Some of them are our most loyal customers and we could not be more thankful! This is about Yelp as a company…

About 3 weeks ago an “industry expert” was explaining to me how important Yelp was in getting new people in the door at our restaurants.

For the three years that we have been open, we have done very little advertising outside of FB and have relied almost totally on word of mouth.

But because everything he said made sense, I went away from what I believe, and I private messaged some of our customers to ask if they would mind doing a Yelp review based on their experiences.

I sent FB private messages to about 100 random customers that comment on our FB posts quite often and asked them to share their experience on a yelp review.

What happened next went from AMAZING to completely INFURIATING in less than a week!

Amazing: almost every single person that I messaged did a review…and most of the ones that didn’t do a review respond back that they couldn’t do one because they had already done one in the past…

Infuriating: as quickly as the reviews showed up on Yelp, the Yelp staff removed them and put them into a category called “not suggested” which means that they are hidden from the general public’s view and don’t count in our star rating.

After 10 days of David (our amazing GM) calling YELP customer service and getting employees giving him BS excuses like, “it’s all a proprietary algorithm that we can’t share” and “we will look into it and get back to you”…but then never calling us back…

So me being me, I finally got a friend of a close friend on the phone who actually works at Yelp HQ in San Francisco. He told me the truth that no one else would tell us…

He said, the “algorithm” factors heavily on how much you spend monthly in advertising with Yelp. The more money you spend, the more it deems the customers 5-star ratings as “good” and shows them while showing the poorer ratings as “not suggested”, which doesn’t show to the public or count in your rating.

Why does this suck? Because if I am a local Pizzeria that puts out a great product but can’t afford to spend money on advertising then they purposefully withhold ratings…but a place right down the street that gives a crappy product but pays $300/mo on Yelp “advertising” is getting a higher percentage of good ratings showed to the public!!!

This is the antithesis of what free-sharing apps were supposed to be!!!

Below is EXACTLY the amount of YELP reviews that we got in each of our locations from February 1st through February 10th. It shows the total number of reviews, total that stayed viewable and total that yelp removed as “not recommended” (we can see them all on our administrator page).

And before anyone thinks that they’ve got it all figured out, let me give you these facts:

Here are the actual numbers…

That’s a total of 94 reviews and they removed 74 of them so the public can’t see them!

If anyone ever wonders why self-employed people look so stressed, it’s because of total BS like this! I already hate asking customer to do anything for us, but to think that they did it for nothing REALLY pisses me off! Welcome to my world!

To the customers who wrote a review…I want to personally thank you for taking the time to do a review that, unfortunately, Yelp doesn’t deem worthy to be shown publicly. While they don’t value your opinion, we absolutely do, and would be nothing without your constant support!

Now that my rant is complete…here’s this week’s special!!”