Chef Eddy Escriba is known for his flavorful, humble cooking style. Born in Guatemala City, he remembers trips to the city market on Sundays, picking fresh ingredients with his mother and going back home to cook for family and friends; making family style dinners like Chiles Rellenos, Caldo de Gallina (Hen soup) and other traditional Guatemalan dishes. 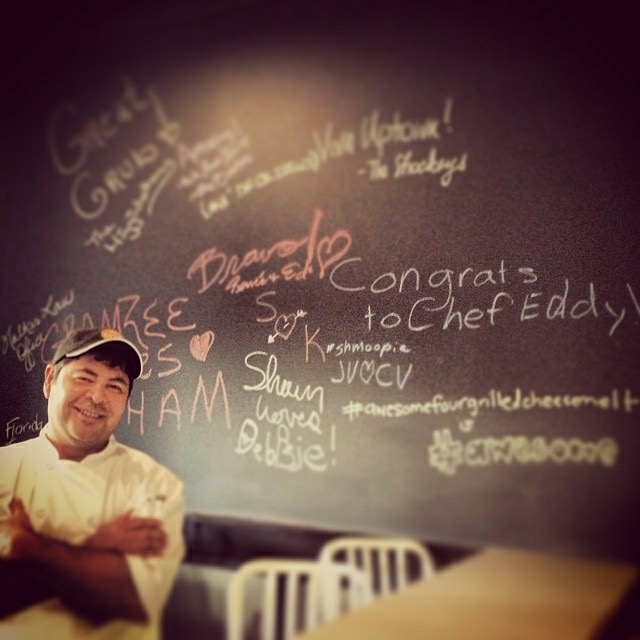 His family relocated to Cleveland, Ohio, where Chef Eddy finished high school and started studying education at Mount Vernon Nazarene University. He found his way to South Florida in his early twenties, working at Burdines for a few years. He used to envy the chefs that would come in for demonstrations. When the company was bought-off, he found himself at a cross-road which took him to Florida Culinary to study culinary arts. Upon graduation he started working at Jo’s Restaurant in Palm Beach and found a mentor in Chef Rick Kline. After a few years and many restaurants success under his belt, Chef Eddy moved to West Palm Beach to work at City Cellar under Lisabet Summa, who would become his new mentor.

Chef Eddy always had dreams to open his own restaurant and when the opportunity presented itself in Jacksonville, he decided to relocate and open Burrito Gallery. Voted best Burrito in Jacksonville by Folio Weekly readers, He decided to spread his wings and venture into a new restaurant concept. Uptown Market (now Uptown Kitchen & Bar) was open, featuring a southern style diner concept, giving Chef Eddy the opportunity to create daily menu items. Uptown Kitchen & Bar is true to Chef Eddy’s vision of using pure simple local ingredients at the peak of season.