Jacques Klempf, owner of Forking Amazing Restaurant group, including FAR’s newest endeavor, Cowford Chophouse, announced today at the Museum of Science and History that a collection of artifacts discovered in the Bostwick Building have been donated to MOSH for cataloging, education, and safe keeping in the museum’s depository. 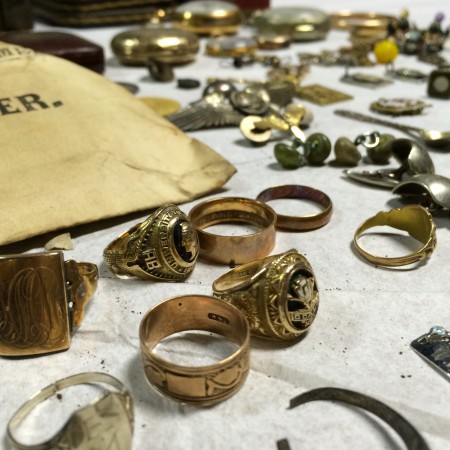 Jewelry from the Bostwick Building Lockbox

The Bostwick Building sat vacant for several decades before Forking Amazing Restaurants purchased it last July with the intention of restoring it and opening Cowford Chophouse. When Klempf first saw the innards of the building, more than half the roof was gone and pigeons had been roosting upstairs for generations. Undeterred, they set out to clear out the building. It was even more involved than it sounds.
The Bostwick Building as we know it (the one that had the Jaguar mural in the windows since 1995) was constructed in 1902 on top of an existing concrete pad, which was all that remained of the previous building after the Great Fire of 1901. Over the years many businesses have occupied space inside the building, including a bank, a flower shop, Henry Klutho, a famous Jacksonville architect, and the Bostwick family. When Klempf and his group gained control of the building, all that remained of the previous residents was contained inside two vaults. One of the vaults held a lock box. Salvaging the items and removing them from the elements in the derelict building was the first task. At one point, Klempf and his colleague Alex had to tether themselves to a lift to safely access the second floor. In all, two palates of artifacts were packed up and delivered to MOSH, including a large drafting table suspected to belong to Henry Klutho. 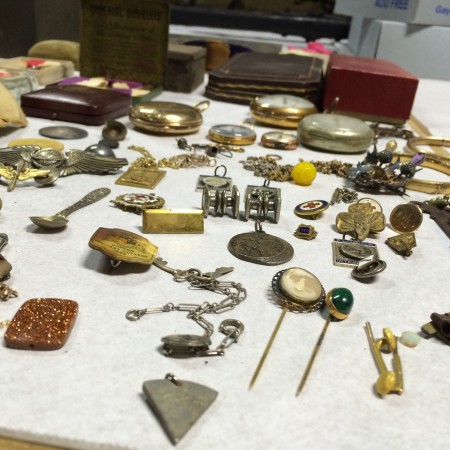 Some of the most interesting artifacts that may give us a window into the lives of Jacksonvillians were contained in the lock box. There were Bostwick family birth certificates, loans and mutual trust agreements, various broaches, rings, and other jewelry items. A medal from the coronation of Queen Mary in 1911 was discovered. Alyssa Porter, curator of the collection, drew a parallel from the coronation medal to our own modern fascination with the English royal family. Another more personal discovery was a ten dollar bill with a note pinned to it, reading, “Charlie’s first retainer as attorney at law, 1951”. Porter surmised that “Charlie”  was likely Charles Bostwick, Sr. as a birth certificate found near the ten dollar bill shows Charles Bostwick, Jr. was born in 1953. 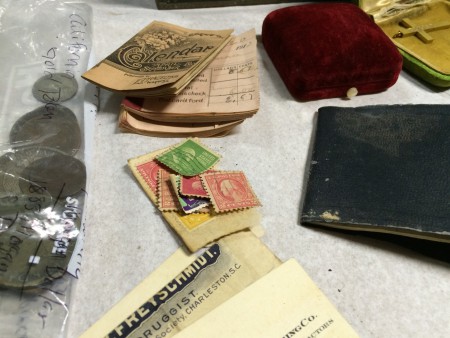 Docs from the Bostwick Building Lockbox

Thus far MOSH, through the help of volunteers, has sorted what items are salvageable and what items are too damaged to be of any historical value. It will take years to accurately catalog everything discovered in the Bostwick building.
If everything remains on schedule, Cowford Chophouse will open late fall this year. But when it does open you can be sure that the Klempf family has given Jacksonville a window into our history. If those walls could talk, they would tell many tales. 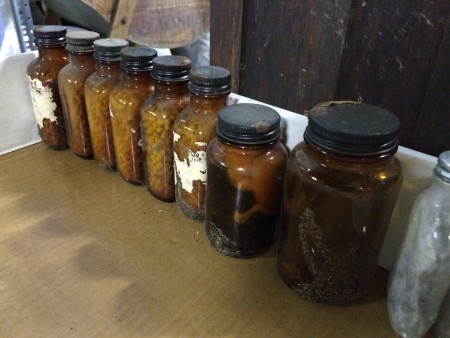 Bottle of Medications Removed from the Bostwick Building 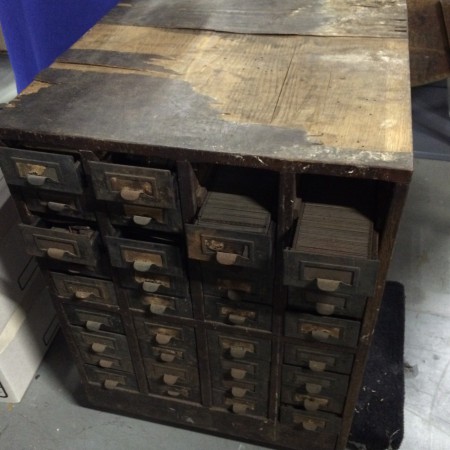 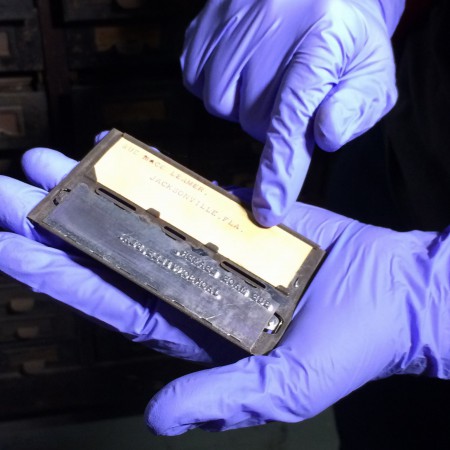