Tony Pepperoni is a relatively newer pizza and pasta joint in the Mayport area. If you’re driving south on Mayport Road you’ll see their mural of a giant slice of pizza on the side of the building declaring, “in crust we trust“. Having been intrigued by the mural on several occasions driving past, we finally made time to give Tony Pepperoni a try. 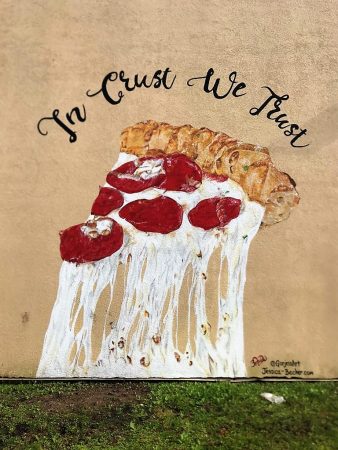 Tony Pepperoni – In Crust We Trust

The branding is so good that we honestly weren’t sure whether Tony Pepperoni was a chain or restaurant right off the bat. When you walk in there is a menu on the wall to your right, some fantastic pizza related decor to your left, a few wood tables and booths to choose from, and a case with pizza by the slice straight ahead. We wanted to know about Tony‘s name sake and asked if there was a real Tony. The answer we got was delightful, “Tony is more of an idea.” I love it.

Tony Pepperoni offers several pizzas by the slice along with full pizzas, wings, subs, pastas and the like. What really drew our attention were the unique flavors offered in the pizza case. You have the mac & cheese pizza, the Tony Pepperoni pizza, the Duval pizza, and a few others. Tony Pepperoni is not just a cutie name for a pepperoni pizza. The Tony Pepperoni is a specialty pizza with three different kinds of pepperoni. From the looks of it, there are varieties of extra large, regular, and mini pepperoni slices on the Tony Pepperoni pizza. This is a pepperoni lovers dream. Each of the 3 sizes is a different type of pepperoni offering pepperoni lovers the ultimate variety in pepperoni. The pepperoni lover in our group definitely approved! The mac & cheese pizza was impressive, not only because it is such a difficult pie to pull off, but because it tasted great. Many pizziolos have tried, many have failed, some have tried and failed and decided to serve it anyway. This mac & cheese pizza holds up as a pizza and has a little bit of bacon on it to round out the flavors. The Duval was the sleeper hit of the pizzas we tried. Made with barbecue sauce, chicken tenders, bacon, cheddar, it comes topped with some killer cole slaw to complete the masterpiece. This pizza sounded crazy, but it totally worked! I would absolutely go back for the Duval, in a heartbeat. We ordered a slice of cheese as well both for the kid and because cheese pizza always tells the whole story with no toppings to hide behind. This cheese pizza left something to be desired. It just lacked flavor, sad but true. If creative pizza is your thing then Tony Pepperoni’s is the spot for you. If you’re a cheese pizza purist it’ll be fine and you’ll enjoy it, but we doubt it will excite you. 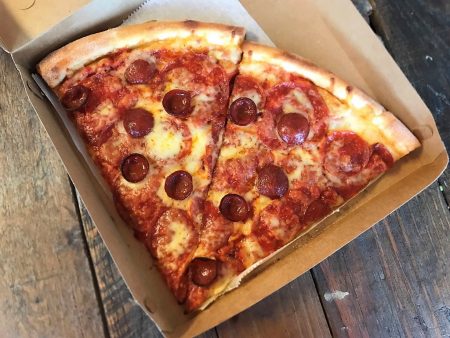 We also tried the garlic knots, the dry rub salt and vinegar wings, and the cinnamon knots. The garlic knots were super garlicky, in the best of ways. There were chunks of fresh garlic you could scoop up with a piece of the doughy knot. We missed the butter on these babies though. They didn’t taste buttery at all, and could have used some salt. The marinara that came with it was a little small for how much bread there was and tasted pretty basic. We weren’t fans. That’s not to say these garlic knots were bad; on the contrary they were a delight for the bread lover on our team. They were squishy and doughy and fresh. If you love good bread or garlic these are worth a try. On the other hand, we were surprised at how fantastic the salt and vinegar dry rub wings were. They were crispy without being breaded and fried. They had just the perfect balance of vinegar and salt. In a word they were magic! With that said if the wing sauce makes the wing for you or you prefer saucy over dry rubbed wings these won’t match your palet the way they did ours. The cinnaknots finished off our meal at Tony Pepperoni. They were the same base as the garlic knots, except dressed with loads of cinnamon sugar and butter and topped with icing. These are ooey gooey and sinful. If you like decadent cinnamon desserts you don’t want to pass up the cinnaknots. We won’t leave Tony’s without them! 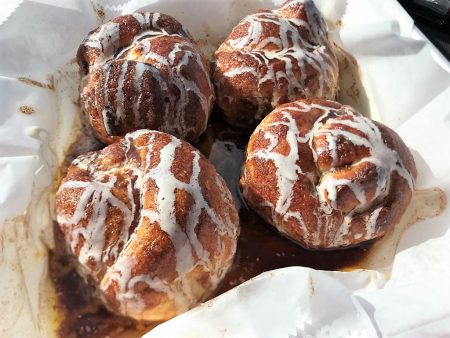 Overall we enjoyed our Friday night feast from Tony Pepperoni. The fun and funky flavors definitely won out over the more traditional choices, but Tony has something going there. From our experience Tony encapsulates the fun and the joy of pizza without taking himself too seriously, even if he’s more of an idea than a person.

Tony Pepperoni also has great specials throughout the week. Mondays are dollar beer, dollar (cheese) slices, Thursday is $9 pasta night, Saturdays there are wing and beer specials. So if you’re feeding a crowd or a bevy of children or just want a deal, Tony Pepperoni has a night for you. 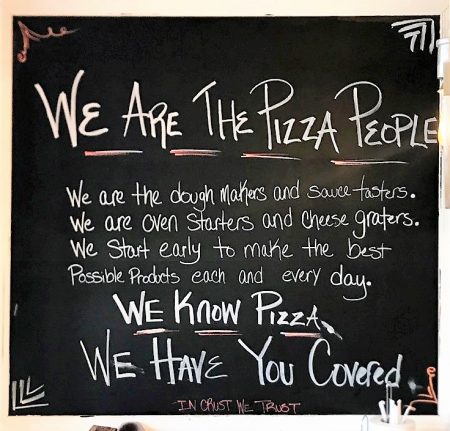 Tony Pepperoni – We Are The Pizza People 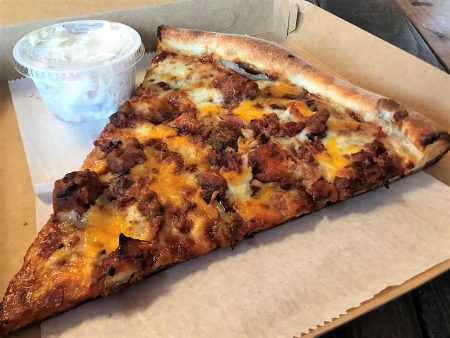 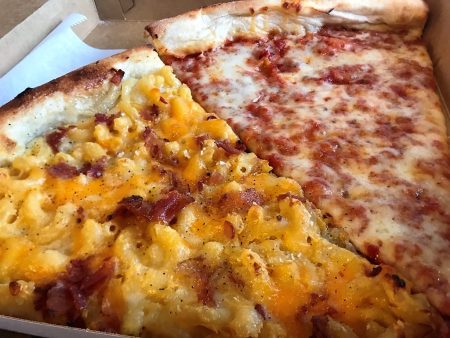 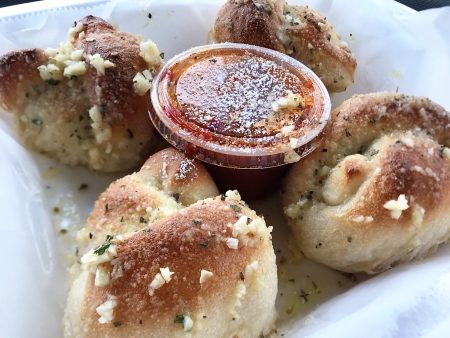 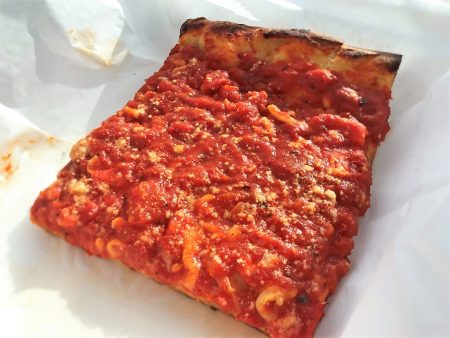 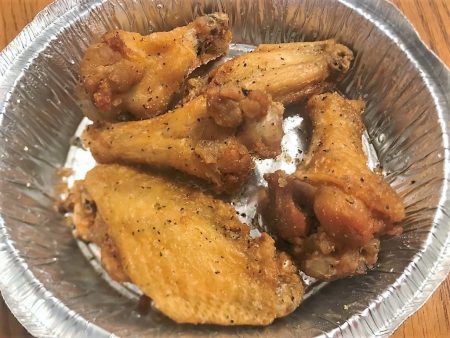