So I went to the doctor the other day for my annual health check-up and annual, but ultimately, futile attempt at meeting my sky-high health insurance deductible, and he told me the usual things, “Rich, you’re in general good health, but you need to eat less and move more.”  As I advance in years, I’m starting to learn that you can be fat, or you can be old, but you can’t be both.  As I sat in the car, pondering my own mortality, two thoughts came to mind.  First was a quote by Frank Herbert, “To suspect your own mortality is to know the beginning of terror.  To learn irrefutably that you are mortal is to know the end of terror.”  The other thought was, “I’m starving.  I haven’t had breakfast and it’s nearly 2pm.  What do I want for lunch?”

And with the doctor’s advice still ringing in my mind, I wanted something light and wholesome as I try to take my first steps towards a healthier lifestyle.  I pulled out my trusty smartphone and began searching.  A little place called Tropical Fruitland caught my eye.  The pictures on the Google machine looked light and healthy, plus they had fresh fruit smoothies.  I figured it was a good start on my road to better health. 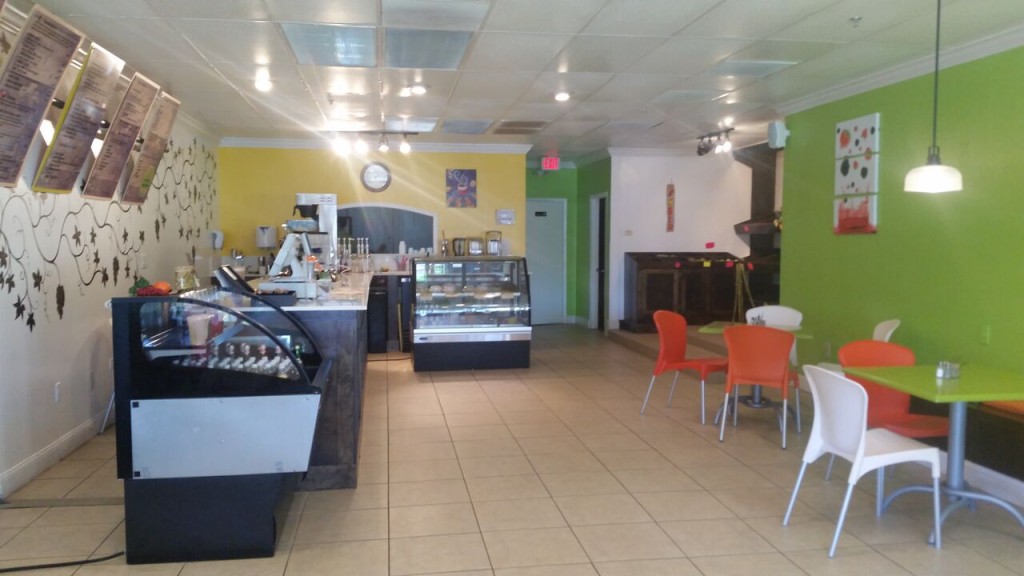 Tropical Fruitland is tucked away in a Mandarin shopping center on San Jose Boulevard.  It’s only been open for about 5 months.  There wasn’t even a sign up yet, and I almost missed the place.  The décor is colorful, but minimal, with only a few tables and chairs.  The staff was also minimal, with just one of the owners and another employee manning the restaurant on this particular day.  I noticed in the back corner was what looked like a small fruit stand.  I asked the owner about that and she said that she does sell fresh fruit.  She buys fruits and veggies from local farmers markets here in Jacksonville and sells them from this little fruit stand.  She also uses those same fruits for their smoothies. 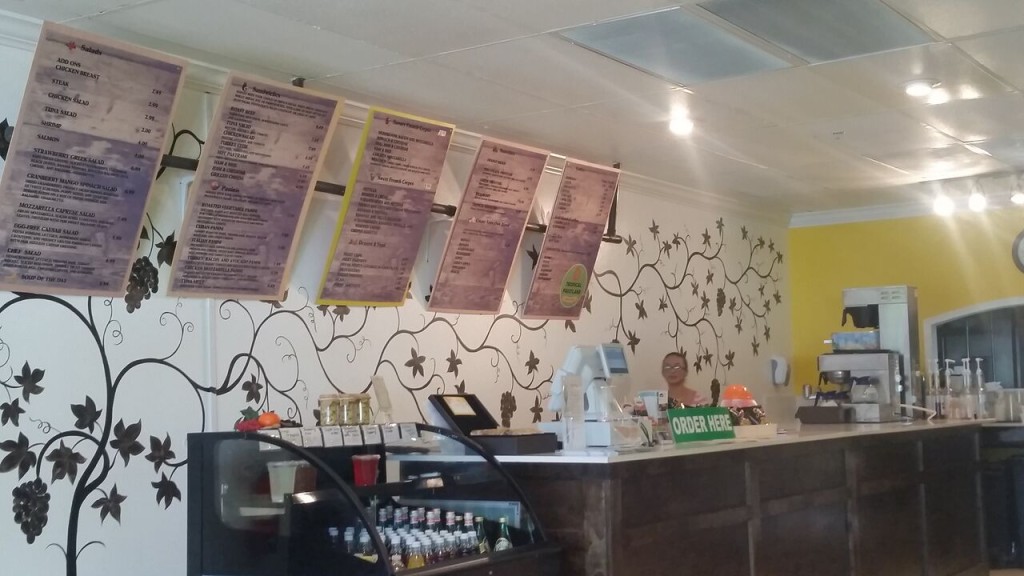 After being seated, we looked through the menu.  The menu has a good variety of salads, sandwiches, sweet and savory crepes, fresh fruit smoothies, coffees, and desserts.  Bonus thing you should know: the owner told me their Tres Leche cake is homemade from a family recipe from her home country of El Salvador.  We decided to go with a couple of sandwiches and smoothies.  Tropical Fruitland runs a great combo deal for lunch: buy any salad or sandwich and get a smoothie for only $3.00.  A side is also included.  Smoothies normally run $5.50 to $7.00 so I thought that was a great deal.  My dining partner and I both got the combo deal and spent only about $22 after a tip, so not too shabby on the pocketbook.

I decided to order the Italian Panini.  It was made with Prosciutto, Genoa salami, Capicola ham, provolone cheese, fresh baby spinach, roasted bell peppers, and thinly sliced onions.  Yes, I know I said I was going to start eating healthier, but baby steps, right?  I did get the side of fruit instead of potato chips, so give me some credit there.  The sandwich was beautifully toasted.  The bread gave a hearty crunch, and the varieties of meats were tasty and tender.  The Capicola and Prosciutto was nice and salty.  The Genoa salami added a bit of bite with the peppercorns.  Toasting the sandwich gave the provolone a nice, melty stretch to it.  The spinach was a tad wilted, which was good, and the roasted red peppers added a nice smokiness and sweetness.  I would definitely order this sandwich again. 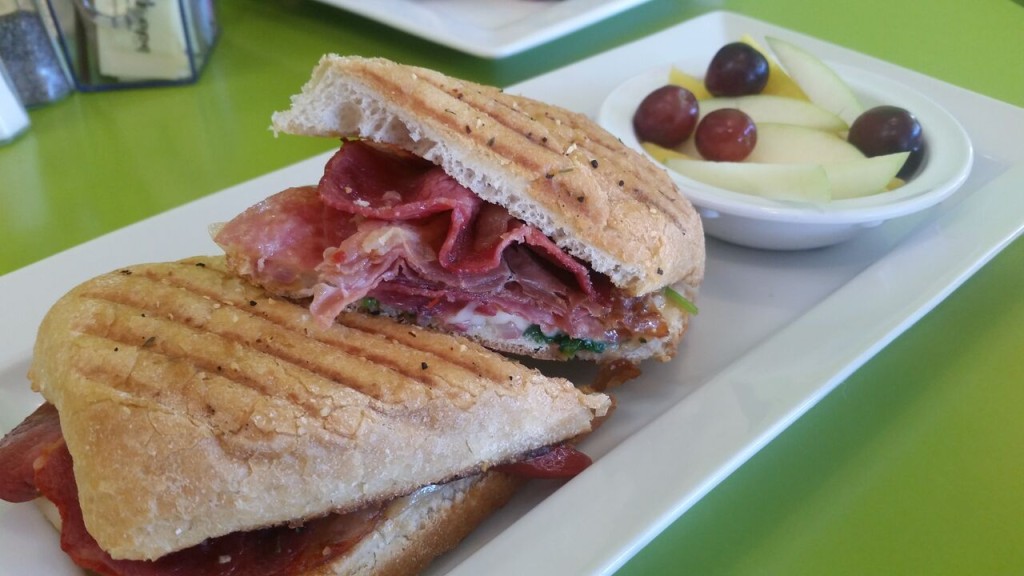 For my smoothie, I decided to go with a “Create your own” blend.  You can pick a base of milk, coconut milk, or yogurt, then pick from two different fruits.  I went with regular milk with mangoes and peaches for my fruit selections.  It was fantastic.  You can tell when a smoothie uses fresh fruit instead of canned fruit.  Canned fruit smoothies are much sweeter because of the liquid in the can.  Fresh fruit smoothies are sweetened with the natural sugars of the ingredients used.  This smoothie was the real deal.  I could pick out the individual taste of peach and mango.  It didn’t all run together into some sort of super sweet milkshake.  It was fresh and delicious. 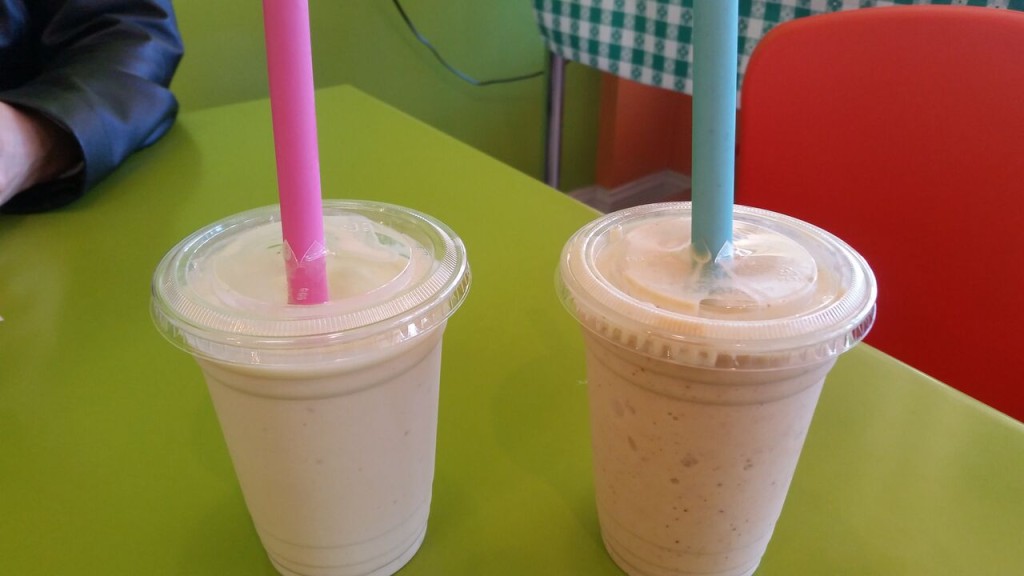 My dining partner decided to go healthier than me, as she does, and ordered the Roasted Vegetable Panini.  It had zucchini, eggplant, roasted bell peppers, Portobello mushrooms, and roasted red onions.  It was seasoned with herbs de Provence and mozzarella cheese.  This sandwich didn’t quite measure up to the Italian.  Overall, it had good flavor, but the eggplant was a bit over-roasted.  It tasted a little bitter and overwhelmed the rest of the sandwich.  It was disappointing since the rest of veggies in the sandwich were fantastic. 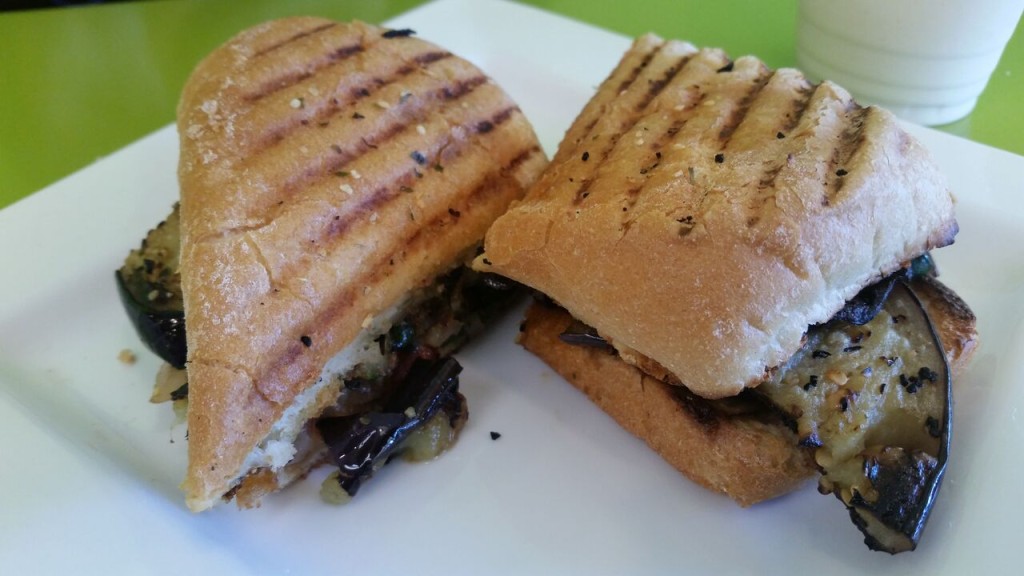 For her smoothie, she also decided to “Create her own blend.”  She decided to go with coconut milk and pineapple.  Her smoothie came out much better than mine and mine was absolutely delicious.  Hers was bright, light, and fresh.  Her pineapple coconut milk smoothie was the best virgin Piña Colada I’ve ever tasted.  The only thing missing was the little umbrella in the drink, my toes in the sand, and Jimmy Buffett on my playlist.

For a new restaurant, I think Tropical Fruitland is off to a good start.  There are some minor things to fix with the veggie Panini, but the smoothies are on point.  The lunch combo is a great value compared to similar offerings from Panera Bread and other “salad/sandwich” places.  I think if the owners can emphasize the use of local farmers market ingredients and made-from-scratch items, Tropical Fruitland can have a good run in the light lunch/dinner category. 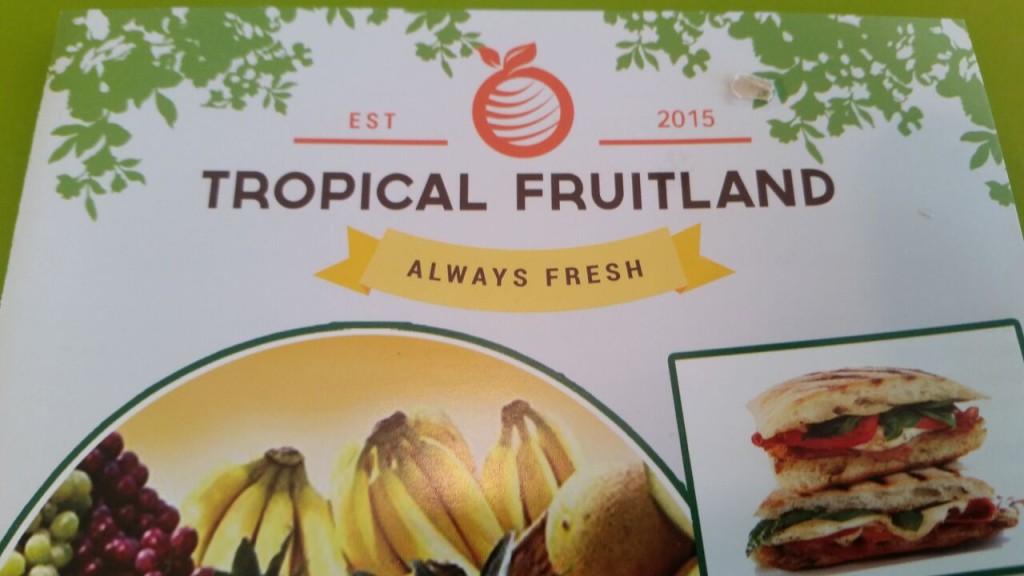 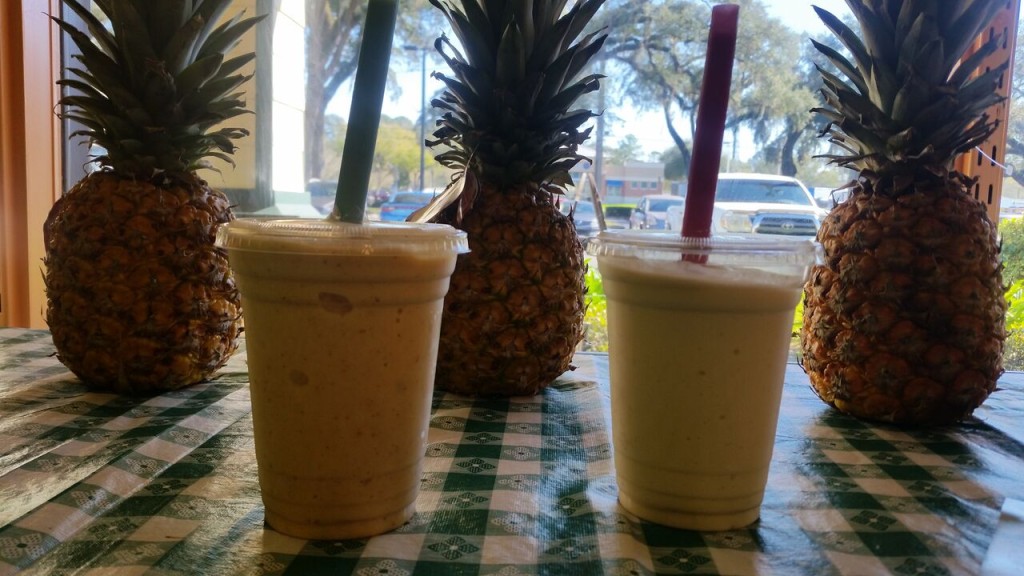