Our review today comes from Chef Amadeus.  Chef Amadeus is a frequent traveler and expert in Latin food.  Every Tuesday form 4-6PM he hosts a radio show or check him out on Facebook. Read on for his review of Puerto Plata:

Before I indulge you, the reader with my review of this restaurant, I would like to give my background and the reason this type of cuisine is near and dear to my heart. I grew up in the kitchen with my grandmother and mother cooking a fusion of cuisines from Cuba and Puerto Rico along with typically Southern US dishes. Many years later I still use the same pilòn (like a mortar and pestle) that my grandmother used to mash green plantain for the perfect mofongo. I also use the caldero (cast iron cooking pot similar to a Dutch oven) she would use to prepare (rice) and have pegao (crunchy rice at the bottom of the pan) with just the right amount of crisp. 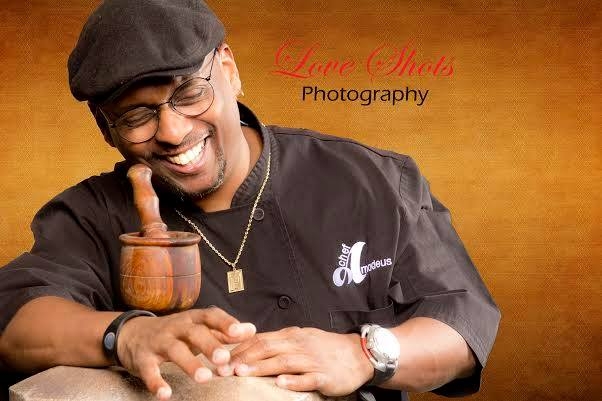 It is with my childhood memories of the kitchen that I decided to visit Puerto Plata. This was my second time visiting Puerto Plata and when Jerry from Jax Restaurant Reviews asked me to pick a spot for us to have dinner I decided to give them a second chance.

My dining choices were chicken empanadas, stew chicken and rice with a side of red beans along with a salad. I love black beans but since I had them during my last visit to Puerto Plata I chose red beans for this visit.

Empanadas should be filled with meat, in this case chicken, lots of flavor and a hot flaky crust. The chicken empanada I was served was not any of these things. The crust was cold and not fully cooked. An insufficient amount of chicken was inside the cold crust. Unfortunately the contents of the empanada were also very salty.

The stew chicken was served with yellow rice. While the rice was cooked well, it was obvious to me it was prepared with a seasoning packet rather than using annatto seeds and oil along with Sofrito to provide the color and flavor to tickle the taste buds. Processed foods should be avoided despite costs when preparing “authentic” Latin dishes.

The chicken was stewed until the meat was dry. It offered no depth in flavor. The salty broth could have been avoided and depth in flavor gained by making fresh adobo and adding fresh Sofrito.

The red beans were more broth than beans and the broth was salty as well. The salad was simply an exercise for the mouth. It consisted of shredded iceberg lettuce, topped with a single slice of tomato and bottled Italian dressing. Preparation of a flavorful salad could be as simple as tomato, red onion, avocado, drizzled with olive oil, lemon juice and sea salt. Even consider frying diced plantains tossed in a house made mojo for a crouton like crunch.

I did also have an opportunity to taste the mofongo selected by Jerry. It had too much garlic and was served with a flavorless broth. The use of a good chicken broth would have been a great first step to producing well rounded flavor. 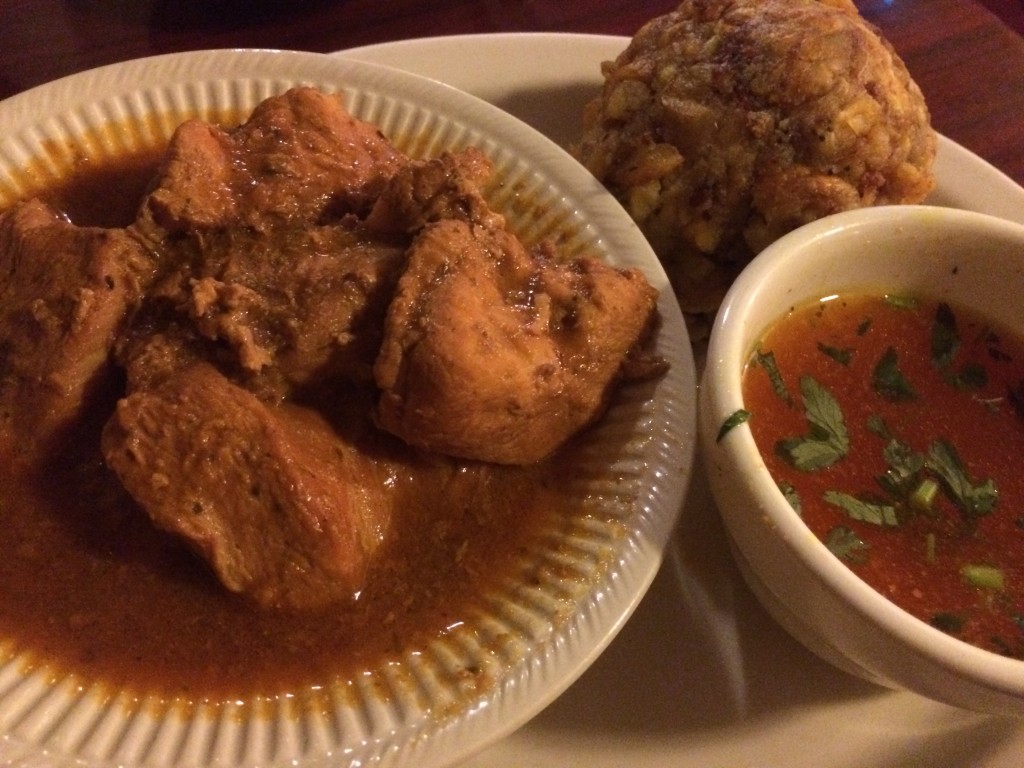 I realize this may sound rather brash but keep in mind Puerto Plata has been considered one of the best Latin American restaurants in Jacksonville. The best restaurants should use the freshest ingredients and serve dishes with a depth of flavor that convey a passion for the cuisine. As I shared my experience at this restaurant with my mother for a second time, I could not help but think I would love to get in their kitchen and breathe some passion and life into the Latin dishes I tasted. 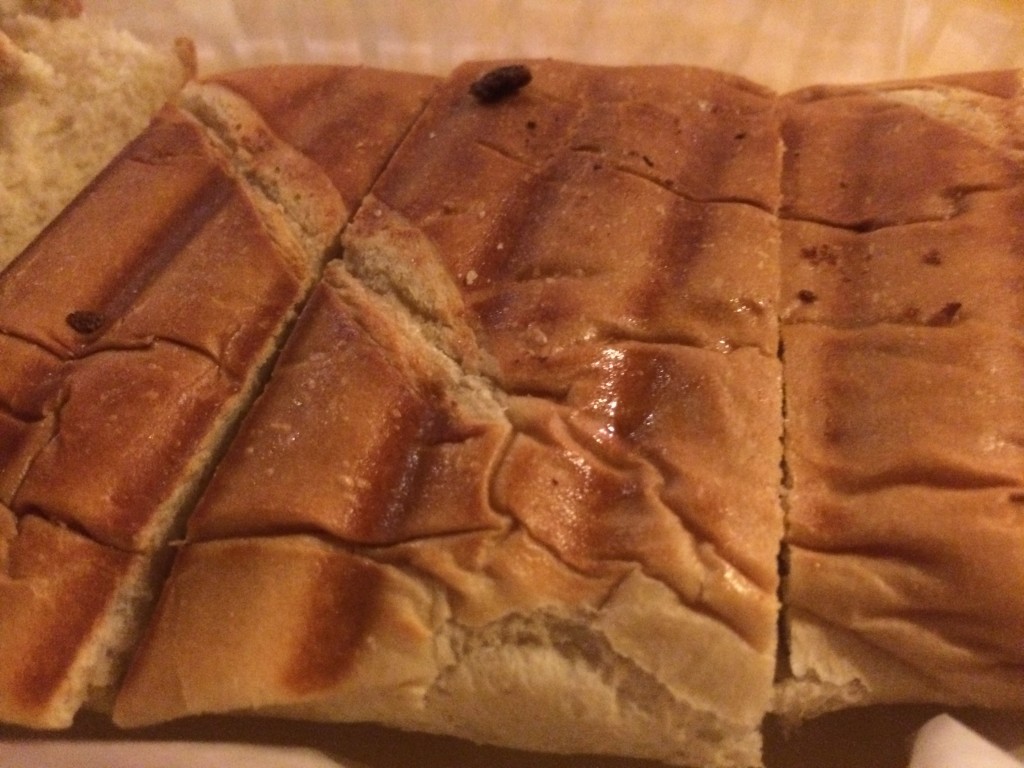 Chef Amadeus Bio: Chef Amadeus is the winner of Food Network’s Extreme Chef Mexican Showdown. His love for food was cultivated by his Puerto Rican grandmother and Philadelphia-born mother. The journey to his current success as a celebrity, traveling chef began in Jacksonville, Florida however, his experience cooking for others began in 1986 while in the US Navy. While enlisted in the armed forces, Amadeus jumped on the opportunity to travel to numerous countries and hundreds of US cities where he was exposed to various cuisines and cooking techniques. Local foodies are known to flock to Chef Amadeus’ beaming personality and delicious culinary creations. 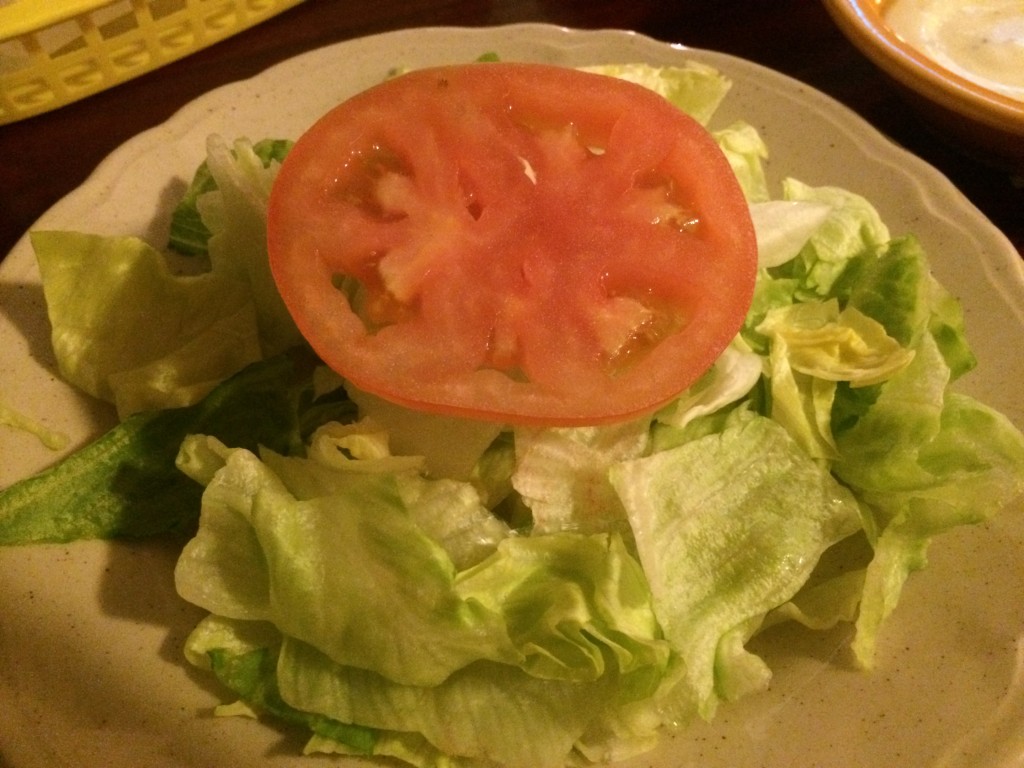 Puerto Plata – You Call that a Salad?