There’s this mythical perfect restaurant, a place to meet, throw a beer or cocktail back, and unwind with friends after a day of work. Like a modern version of Cheers, except the food is good, the drinks are inspired, the space is bright, and it’s all affordable. Peter Vorrias, co-owner of Greek Street Kitchen + Bar, saw that need in Jacksonville: not a bar, not a family restaurant, but something in between with a touch of each. Since opening Greek Street in 2014 he has been working toward that goal, building up each part of his restaurant. With Greek Street’s new space and liquor license Peter is making that mythical place a reality one happy hour at a time.

Peter started by asking his sister, Eva, to join him in co-ownership of the restaurant. It turns out she didn’t need much convincing. Chef Eva, working in corporate kitchens, decided it was time for her to get out of the corporate gig, spread her wings and cook her food her way. She called Peter to give him the news and as luck would have it, Chef Eva and Peter’s life change happened to intersect with each other and Greek Street was born. 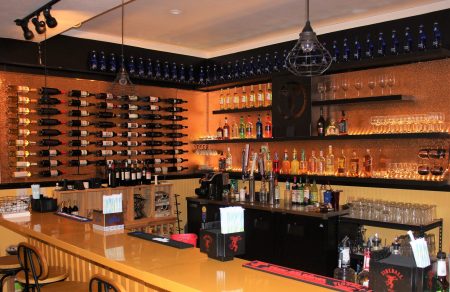 Chef Eva took great care in cultivating her menu, even in the little things. Her Tzatziki sauce is made from scratch daily, including the Greek yogurt used to make Tzatziki. The lamb used isn’t the pre-processed “lamb-like planks” that are frozen and warmed up on the griddle. It’s the real thing, rotating on a spit and cut to order. As Chef Eva looked to create an authentic Greek menu, Peter went to work on the bar, selecting and importing Greek beer and wine you won’t find anywhere else in Jacksonville. His goal was a full bar, but he knew he had to take it step by step and let his restaurant grow into it. In the meantime Peter put together flights of Greek wine because he knew his customers would not be familiar with his offerings. The flights became wildly popular.

Greek Street first found a space on St Johns Bluff at the Shoppes at East Pointe Landing. It seated about 50 people. Their reputation for wonderful, authentic Greek fare spread. About a year and a half after opening, they quickly outgrew the space and decided to move to their current location on University Blvd South. The new space seats over 100 and is beautifully decorated with pictures of the various streets and alleyways around Greece adorning the walls, keeping the theme of “Greek Street” Kitchen and Bar. It has a modern, industrial comfort feel to it. Peter and Eva never set out to make the Greek food of their grandparents’ age. They intended to offer modern Greek fare and pub fare with a Greek twist. That’s just what they’ve done with their menu and their space. 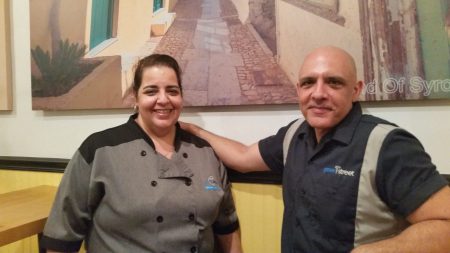 Brother and Sister Owners of Greek Street, Peter and Eva

The expanded location puts Peter right in his element. With a larger space and room to move, Peter shined as I witnessed him work the room, moving effortlessly from table to table, asking everyone how things were, how the food was, and how they’re enjoying themselves. Peter is a jovial Greek who speaks loud and large, using expressive hand gestures and arm movements, filling the space.

In the back of the house, Chef Eva is completely at home, leading her cooks in the proper way to prepare signature dishes like pastitsio, souvlaki, and spanakopita. And like any chef, she loves to see the faces of those that eat her food, which she can do through the large window looking out into the dining room from the kitchen. For her, customers are in her home and she wants to make sure you’re enjoying the food she would serve her own family.

Peter and Eva recently reached a tremendous goal they had set for the restaurant since the beginning: expanding to a full liquor bar with a fun and inspired cocktail menu. Guests can enjoy such creations as the Greek Street Signature Cocktail, the Ouzotini (vodka, ouzo, peach schnapps, fresh lime juice, and mint leaves), or the Cretan Donkey (Greek Street’s Moscow Mule), the Olympian (their cucumber and basil gin and tonic), and a variety of other fun, fresh, cocktails. Happy Hour really is legendary at Greek Street, with 2 for 1 and $2 off drink specials between 3-6pm every single day, plus small plate specials.

Family is an important element in the lives of Peter and Eva. They are both first generation, American-born Greeks with a strong love of family and extending that love to friends and customers. It’s not uncommon for Peter to host 50+ people at his home to enjoy a traditional Greek meal. This year Peter and Eva are inviting the community to join in their family tradition with the Greek Easter celebration they are hosting at Greek Street. There will be live music, singing, dancing, and a full traditional Greek Easter meal of lamb carved from the spit, roasted lemon potatoes,  Greek salad, baklava, and your choice of Greek wine or draft beer. Lemon Chicken and Veggie Keftedes will be available as alternatives to lamb. Plus they will have drink specials and $2 Ouzo shots. Greek Street’s Greek Easter Celebration is a way to join in the Greek spirit of the day. Tickets are $25 in advance, available here at Greek Street Kitchen + Bar’s website.

It has been nothing but the challenge and daily stretching of a rapidly growing restaurant for Peter and Eva since they opened Greek Street. But they are operating at a nice hum now- a spacious and beautiful restaurant, a full bar, fully developed food and drink menus, and now special events sharing Greek culture with the greater community. No matter how much Greek Street grows, Peter and Eva are adamant that it will retain its ethos of a modern, family friendly restaurant with inspired food and drinks. It’s no wonder this Greek restaurant embodies that mythical place that’s perfect for families and for grabbing cocktails with friends. The Greeks are known for their mythology. Peter and Eva are just bringing it to life. 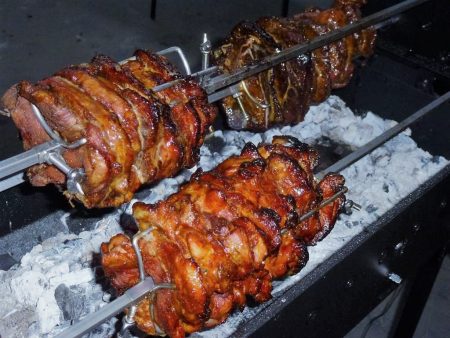 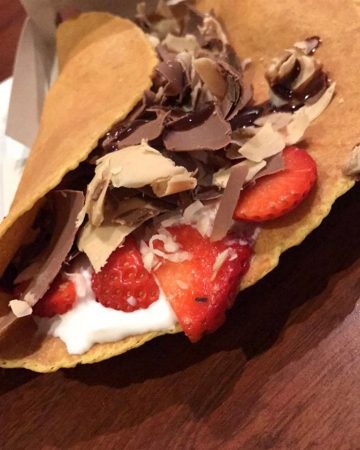 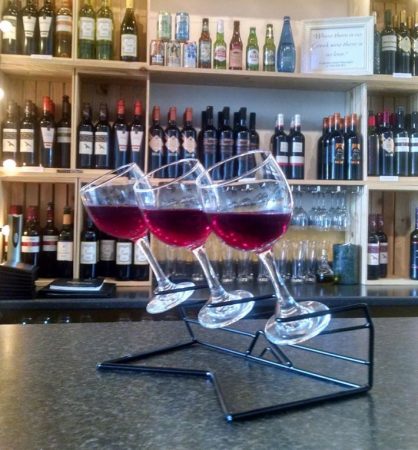 Note: From time to time we’re invited out to try a restaurant, taste new menu items, or meet owners and help tell their story.  Any food or meal is usually comped in this situation, as this one was.  We’re under no obligation to write a positive article or any review at all when we’re invited out to try a place.  Every review or article you see on our site will be an honest review of the place whether or not the restaurant provided us with the meal at their cost.