When we contacted the Jacksonville Suns Director of Ballpark Foods, Jamie Davis to see if we could shadow him for a day on the job I thought I’d be writing about how the food comes together on game day. As I got to know Jamie and spent time on game day meeting the people that collectively deliver your game day experience, I came to the realization that the story that needed to be told at our ballpark is as much about the people as it is the things you eat. 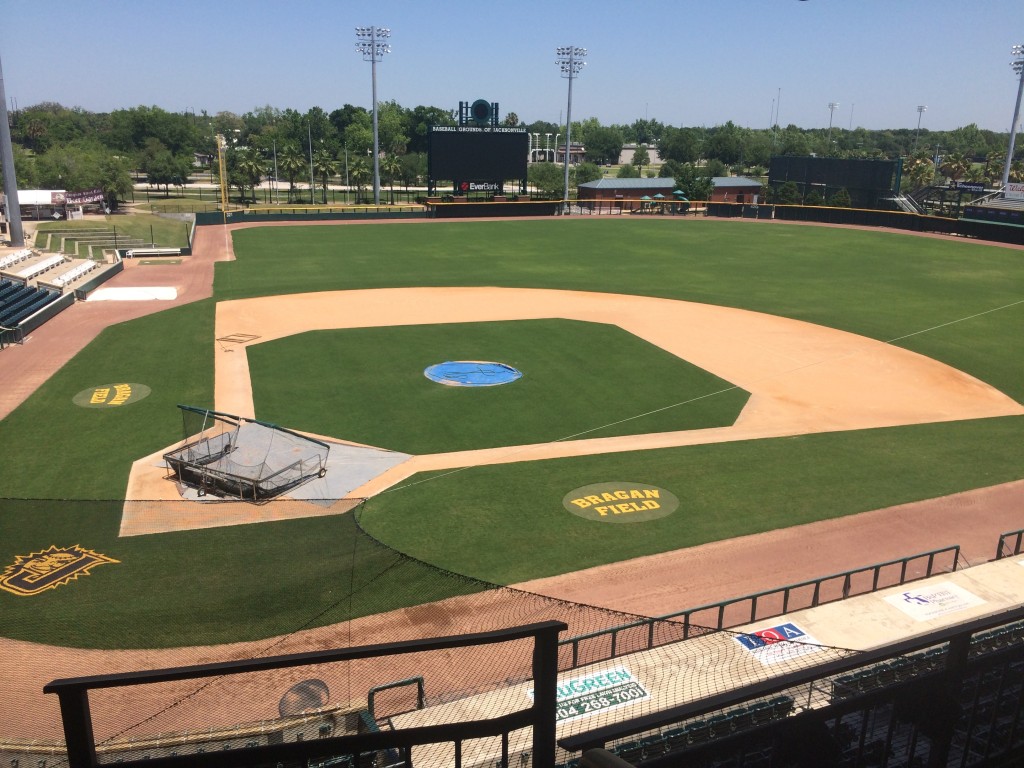 “Find a job you love and you’ll never work a day in your life.”-ConfuciousI’m convinced that quote suns up how Jamie and many of the other folks who work for the Suns feel about their jobs. We met up with Jamie half an hour before the first pitch and he began taking me for the grand tour of the ball park. We started by walking through the kitchen and prep areas. While the ball park foods team was cooking up a few last minute burgers we noticed that much of the heavy lifting appeared to be done in advance. The Suns have a large prep kitchen beneath the stands where much of the cooking is done prior to the food being sent out. We walked through and chatted with the staff as Jamie put out small fires along the way. There was nothing major and he took the little issues in stride. We continued up through the different concession stands throughout the ball park. All along the way he introduced me to the people who make you’re gameday experience something special throughout Bragan Field. Everyone seemed to know him and he seemed to know everyone. I don’t mean he knew their name. He really knew them. He introduced me to Miss Katie Davis, a sweet older woman in her 80’s who for virtually anyone I know would conjure up wonderful memories of their grandmother. Jamie shared with me how Miss Katie runs the right field concession area and has worked with the Suns for more than 10 years. He also took time to boast on her behalf that she’s Godmother to NFL hall of gamer bullet Bob Hayes. This elicited a wonderful smile on Miss Katie’s face that could melt an Eskimo. As we continued through the ball park Jamie introduced me to Richard the cotton candy man. Richard spent 20 years spinning cotton candy for Barnum and Bailey’s circus. He’s been spinning for the Suns for another 10. With one cotton candy wheel in front and one behind Richard effortlessly spun one perfect cotton candy after another as we stood and chatted with him about his years on the job. He spun in front then back front then back never missing a beat as we chatted. When I asked what he liked best about his job, Richard’s face lit up with an ear to ear smile as he shared with me that after all these years it still makes his day to see the children smile as he hands them their cotton candy. Jamie recollected how for years the Suns had hired people in house to make cotton candy which tended to result in more mess than success. Jamie and Richard met in passing at a supplier’s office. They hit it off and Richard’s been the cotton candy man for the Suns ever since. Richard’s hiring story embodies who the Suns are as an organization and as Jamie puts it “as a family”. They work hard to put the right people in the right places. They create a family atmosphere which in my time spent with the folks at the Suns I saw time and time again. We walked up into the Sundowner lounge on the third floor of the ball park. Jamie then introduced me to a Suns season ticket holder he knows who was having a drink at the bar. Jamie asks what he’s drinking. The guy who’s clearly having a beer tells he’s having a coke. Jamie says,”Looks like Yuengling to me!” The guy laughs and says only because they don’t have Sam Adams. Jamie says, “We can get you  Sam Adams. You’ll drink it in a bottle right?” “Yep.” “Okay we’ll order it.” What ball club changes the beer selection on request because a long time supporters simply asks for it. I doubt many others would. This though is what makes the Suns special. If you walk into the Bragan’s(Suns owners) ball park they’re team will treat you as if you’re at home. After leaving the Sundowner lounge we headed down the 3rd base line for the outfield to see if we could meet a couple of the “Hawkers”. Hawker is shop talk for someone walking with through the stands selling. These are the individuals who walk through the aisles toting a large tray full of beer enticing you to have a cold one. I learned the Hawkers are commission based salesman who make $.50 for every item they sell. Unsurprisingly these guys were very focused so we didn’t get much time to chat with them. We were nearly there already so we walked down to see the “European Street” beer garden. Since we were there on a Tuesday the beer garden wasn’t open(It’s open Thursday–Saturday). The thing that stood out to me about that area was how incredibly close to the field you were. On a weekend you can grab a beer, climb down the grassy steps, and sit within spitting distance of the Suns pitchers in the bullpen. You could easily reach out and give them a high five after a home run(caution: this may be against the rules). If you haven’t ever ventured down the 3rd baseline before definitely make it a point to walk down there some time. As we walked back up towards home plate Jamie began to tell me about Jimmy the Philly Cheesesteak man. If you’ve read our previous interview with Jamie you know that prior to working with the Suns he worked for the Jags. While he was there Jimmy started working for them. When Jamie met him he was living out of his car. He worked constantly putting in every hour he could possibly get to save up and bring his family to Jacksonville. Jimmy worked hard, built himself up and eventually opened Colonel Mustard’s fabulous phat burgers. He’s been pretty darn successful ever since. Next time your at the Suns definitely try a philly. The man makes a mean Philly cheesesteak. 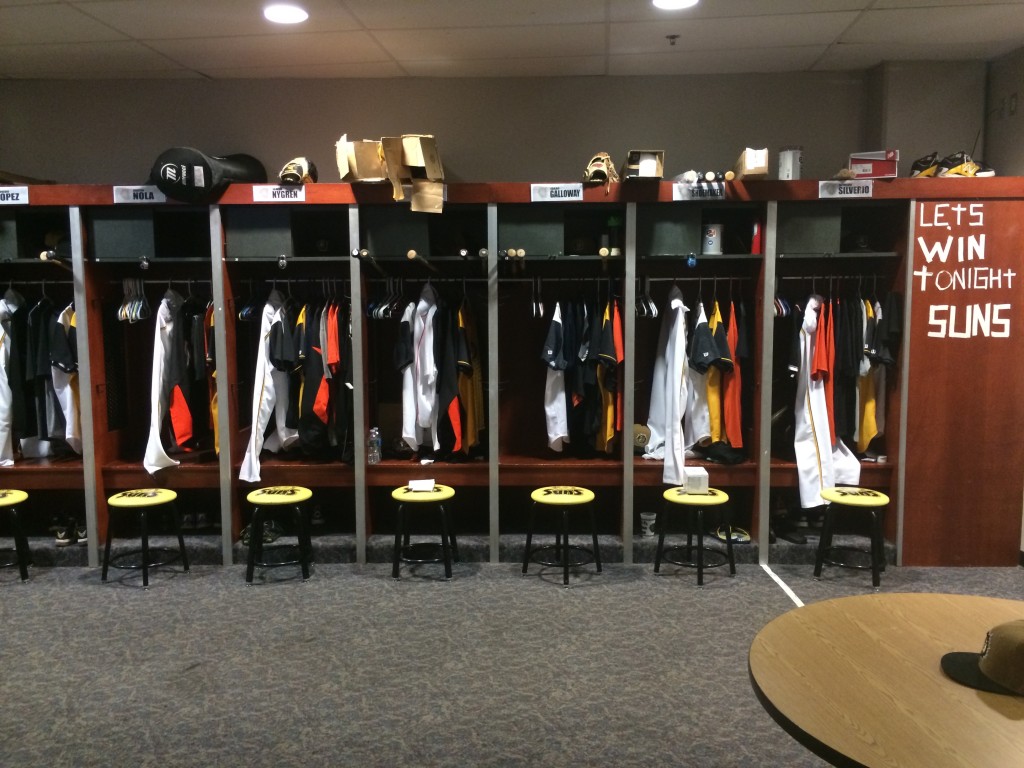 When we set up our day to learn about ballpark food we wanted to know what it looked like behind the scenes of Suns food service. Although we didn’t spend a lot of time in the kitchen we found out why the Suns ball park experience is so special. The owner creates a family environment and the folks who make a living as a part of that family treat the guests as family too. Good ole southern hospitality is alive and well at Bragan Field. 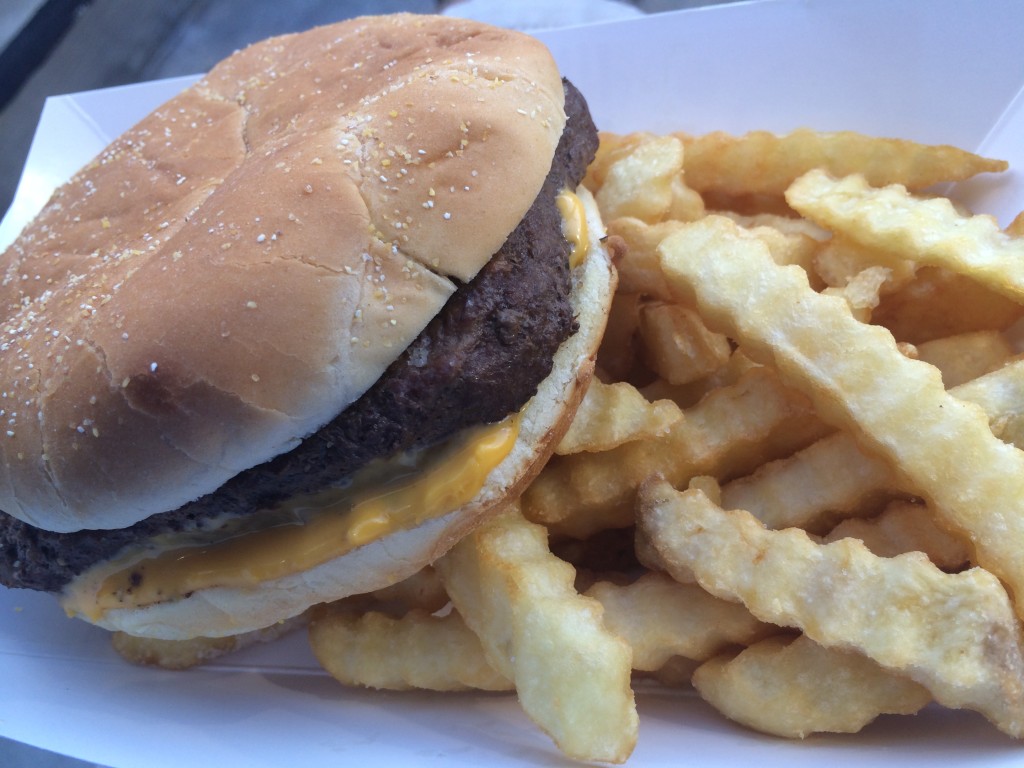 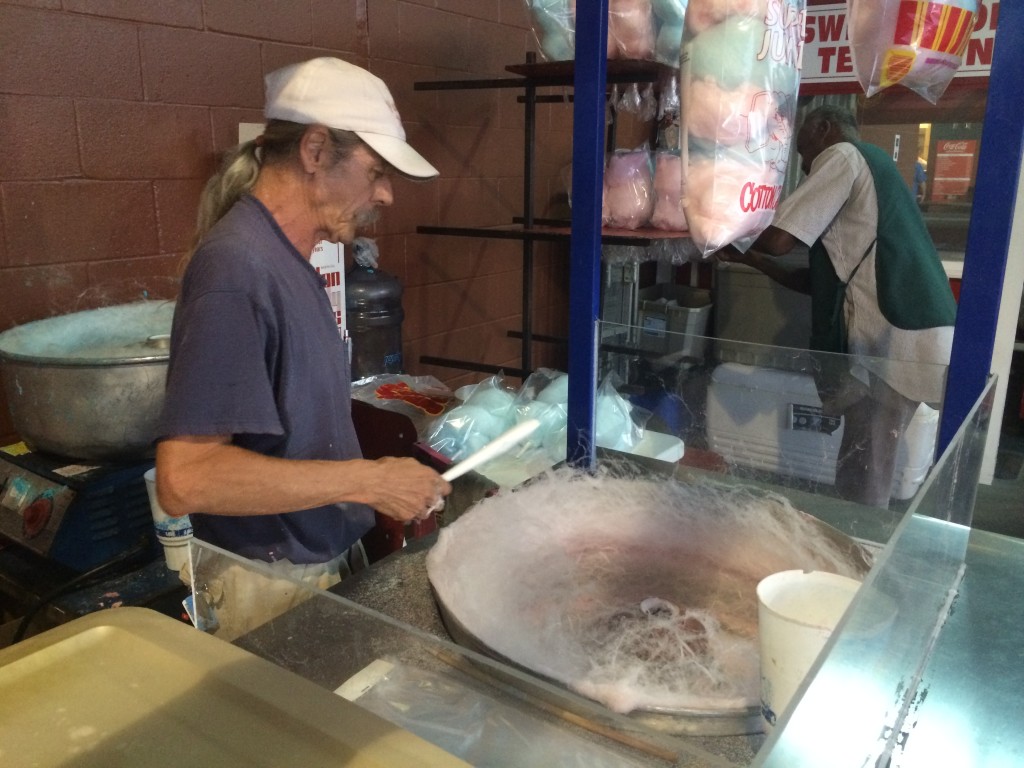