On her Honeymoon in Paris Aster Marji Price first experienced a French Macaron. On the same trip she took a beginning class to learn about making Macarons. Your honeymoon is normally a trip that revolves around celebrating ones love for another. While Aster and her husband were celebrating their love for one another she fell in love again. This time with these wonderful little sweet treats. After her honeymoon, Aster began to explore making her own macarons. After much research, trial, and experimentation Aster’s French Macarons were born. 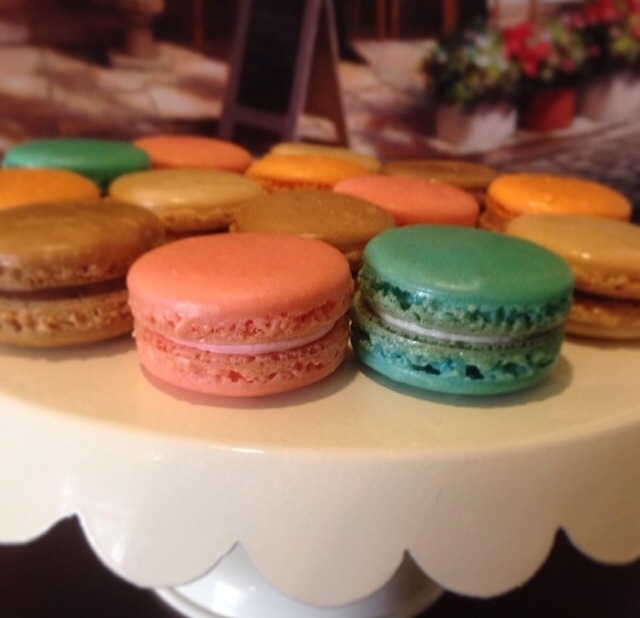 She shared her new French macarons with friends and family who began requesting Aster’s French Macarons for special occasions and their own consumption. As more people asked, Aster began to realize she had somehow birthed a heck of a little business. Aster’s Macarons are now some of the most popular in Jacksonville. With one bite we could see why! 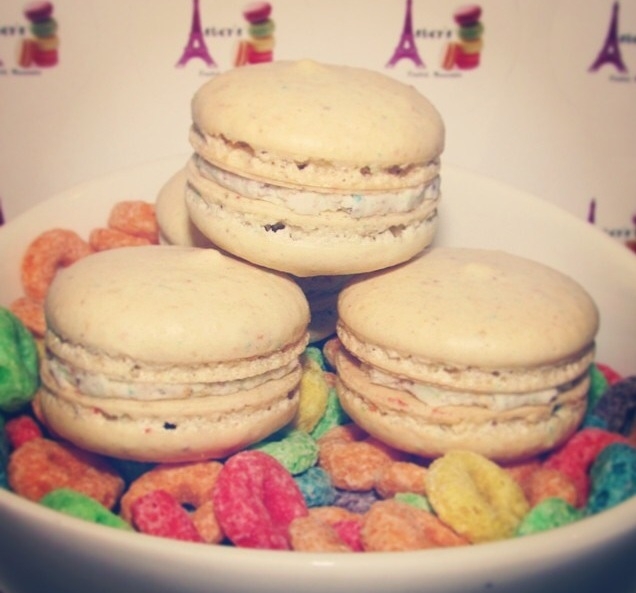 We first got a chance to try a couple of Aster’s French Macarons at a Yelp event a couple months back. After that quick sampling we made a note that we’d have to order up a box and give them the full on taste test. We definitely weren’t disappointed! 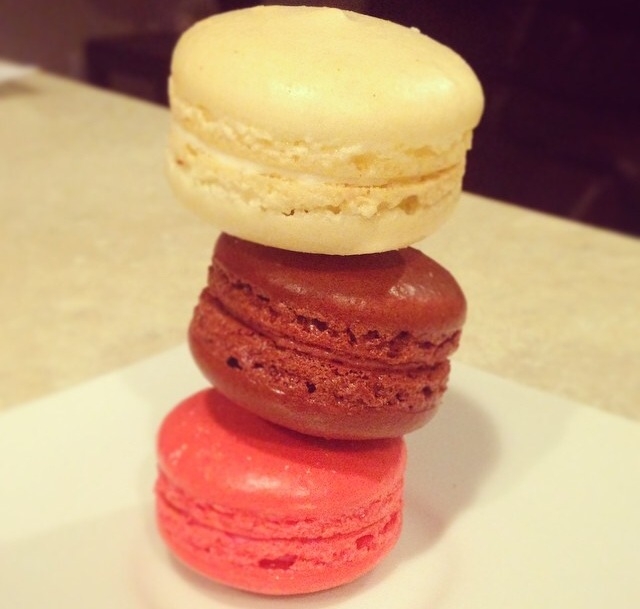 I’ve experienced two major types of French macaron. The type that are firm and generally chewy throughout and then the type that have a bit of gooey-ness in the middle. I very much prefer the second type. The slightly gooey kind always seem to have more flavor and the contrast between the chewy outside and gooey center is fabulous. Aster’s French Macarons fit solidly into the gooey center camp. 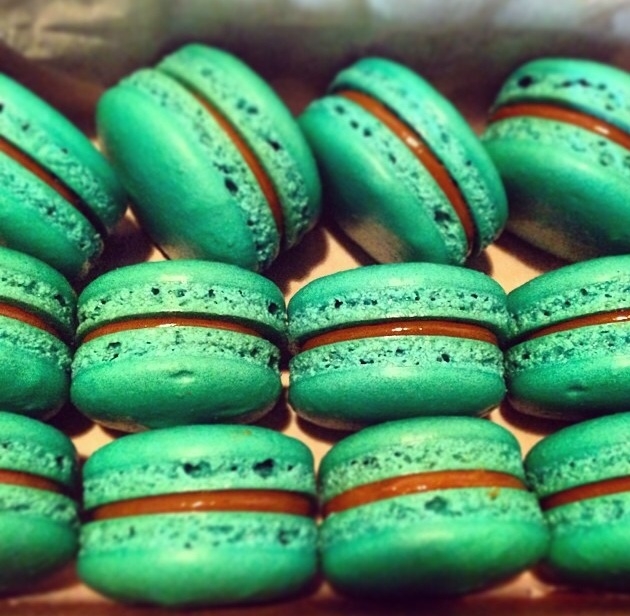 Aster offers a wide range of flavors. Anything from the birthday cake to fruit loops to coconut to chocolate Nutella flavors. The first one we tried was birthday cake. Holy cow! Talk about heavenly. I could have eaten a whole box of just this flavor in one sitting. It has the wonderful flavor of birthday cake without the overwhelming richness you usually find in birthday cake ice cream. A little bit of cream in the middle made for that nice texture contrast we mentioned earlier. The couple of sprinkles on top were a nice visual touch. Next up was chocolate Nutella flavor. I must confess I’m not a huge chocolate or peanut butter lover. I know…. It’s a crime not to love those two things. Even for me this macaron was fantastic. It had a nice medium chocolate flavor that was very enjoyable without being overwhelming. It was complemented Nicely by a mild peanut butter undertone that I really enjoyed. Next up was butter pecan. I’m not a huge but fan so while this one was good (They all are!) I wouldn’t really have an interest in it over any of the other options. Coconut was next. It was a little sweeter and a little less coconutty than the typical coconut flavored confection. I still loved it. I hear it’s a favorite of many of Aster’s regulars. 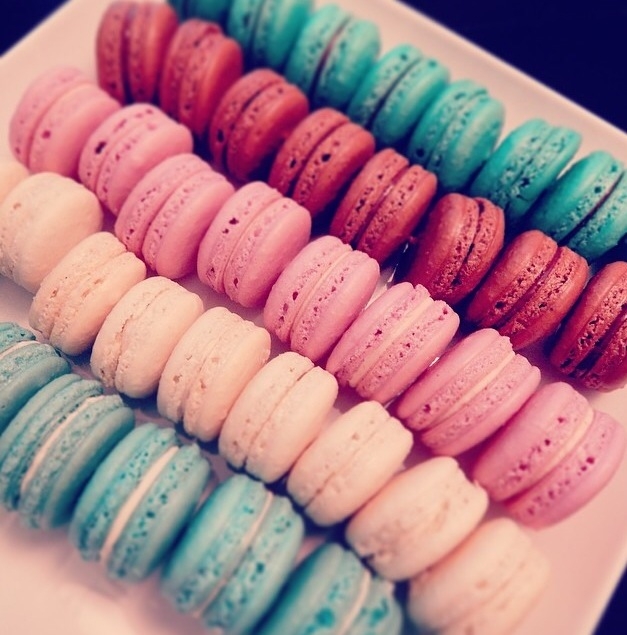 Aside from wonderful tasting macarons the other thing that makes Aster’s stand out is the price. Typically French Macarons run $2 per macaron. Aster charges only $12/dozen of one type or $15/dozen for up to 3 flavors mixed. We’re confident if you try Aster’s you won’t be disappointed. She doesn’t have a physical location so if you’d like to order you can email astersfrenchmacarons@gmail.com or message Aster on the Aster’s French Macarons Facebook page. 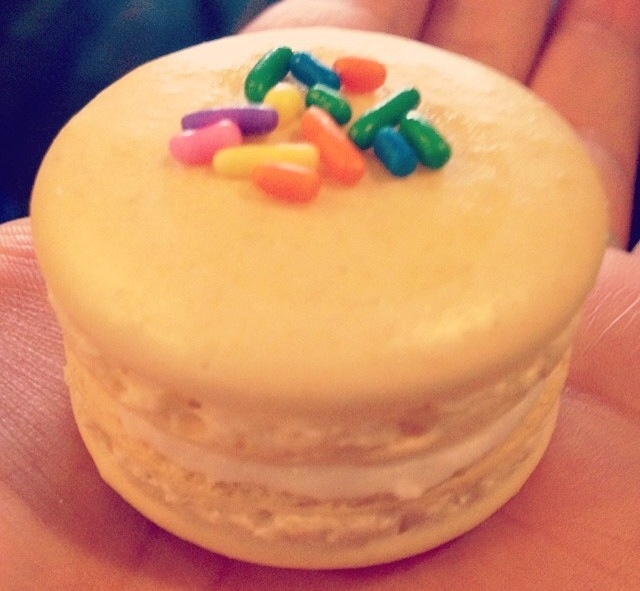