Jay Phelan, better known as Jay William, didn’t set out to be a chef. He doesn’t look like one either with his mohawk and muscled physique, except for that apron that he hardly takes off. The owner and executive chef of J William Culinary, a thriving meal service, continues to chase his passion and build a life he is proud of, even if it is a completely different path than he expected. Jay started working in a restaurant as a line cook at the age of sixteen. He loved it. He loved the fast-paced environment and the passion he found in the kitchen. It was a thrill he did not realize would help shape his career and his life. When he went to college he continued working in kitchens cooking food to support himself. It wasn’t until after college when he came to the realization he much preferred the blue collar kitchen life to the white collar career he had earned a degree to get. Not one to settle, Jay went on to the The French Culinary Institute in New York (now the International Culinary Center) to become a properly trained chef. He came to Jacksonville to work for Restaurant Medure. He did well there, becoming chef du cuisine, learning how to manage his kitchen, and getting comfortable leaving the kitchen to interact with guests. However, he struggled with this idea that he would spend his life in a kitchen. He loved cooking, he loved the kitchen, but he was fairly removed from the outside world and even his home and family life. “My work-life balance was non-existent”, explained Jay. “I had this idea I would be 60 and still in a kitchen. It was something I had to accept.” Except he didn’t accept it.

During a particularly tumultuous time in his life where his son was diagnosed with autism, Jay left the kitchen. His son needed him more than Jay needed anything else. He had no plan. But it didn’t take long for him to find that passion in the kitchen again. “At the time it felt like a long time, but it was maybe a few weeks between leaving Matthew’s and starting to prepare food for a couple of friends who were trying to eat healthy. That grew into 10 which grew into more.” Jay didn’t set out to start a prepared foods business. It’s just that his friends were so hapless. At the gym one day a couple of Jay’s health-focused friends were talking about food. “They were eating boiled chicken and steamed broccoli. It was terrible.” recalled Jay. He offered to make them better food that still met their health goals if they just paid for the food. With $80 and a foodsaver, J. WIlliam Culinary was born. Jay didn’t quite know it that day, though. Not too long after, two friends had turned into dozens of people wanting fresh, healthy food. Jay realized he had something going. He had the beginnings of a business that fed his passion for the kitchen and could hopefully support his family, without sacrificing his entire soul to chefhood. 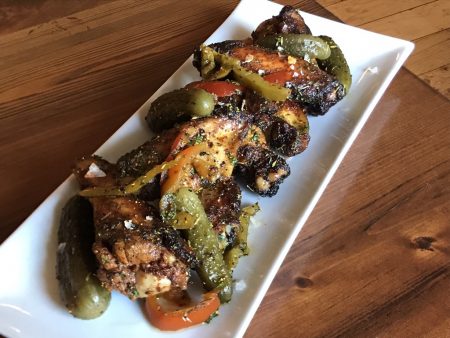 The only problem was Jay didn’t know how to run a business or market himself, especially with a budget of $0. Luckily for all of us that didn’t stop him. He read book after book, such as Guerilla Marketing, in a mad dash to turn this newfound business into a success. Initially his tactic was to charge a low price and offer free delivery in hopes that the mistakes he made while he was figuring out his business would be forgiven more easily by his customers. We can assume it worked; it has been over six years and Jay has upgraded equipment and location, but kept the apron. He and his team make healthy, delicious, meals for anyone who wants to eat better. 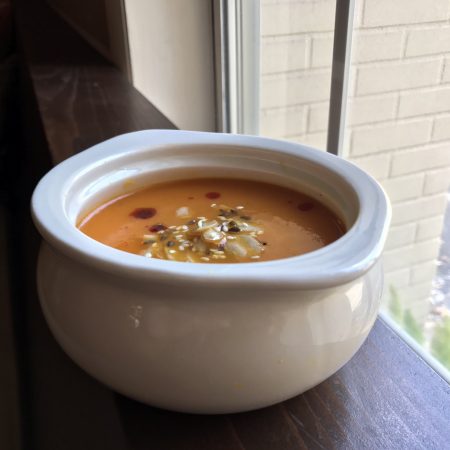 It has been a wild culinary ride. One of the more amusing stories is how Jay got to be the beefy, health-conscious, paleo-eating chef he is now. He signed a contract to write a cookbook titled Paleo Grilling: A Modern Caveman’s Guide to Cooking With Fire. As a master of his craft, he was perfectly competent to write the cookbook. But he only had 8 weeks. Oh, and he wasn’t paleo at the time. He continued his full time business of prepared foods while writing the book. “I knew I wouldn’t look back and remember how much sleep I had lost in those eight weeks. It was an opportunity I had to take”, says Jay. Eight weeks is an insanely short amount of time to write any book, much less to do so on the side. Jay was right, though. It was an opportunity he had to take. Publishing a cookbook can bring more opportunities and tends to validate a chef to the outside world. It certainly wouldn’t hurt his still-growing prepared foods business to be an accomplished cookbook author. But when Jay realized he had to go on a book signing tour, he panicked. He was overweight and anticipated being discovered as a paleo fraud. Never one to shy away from responsibilities or opportunities, Jay ate paleo for five months and ended up losing 60 pounds. He was a fraud no longer. He hasn’t looked back, either. He has the physique of any committed Crossfitter. Much of the food he creates is paleo. Some is vegan. All of it both tastes good and is good for you. 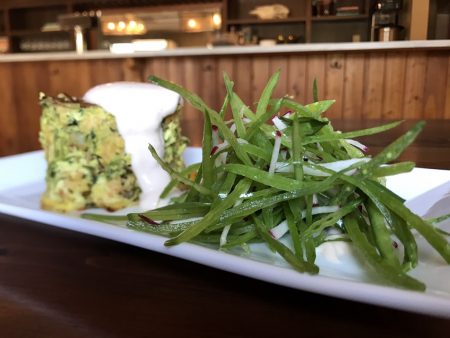 Jay has been in the tightknit Jacksonville culinary community for over a decade and from his perspective the future keeps getting brighter. We have to agree. Jay talked about this trend in experienced and accomplished chefs turning to a creative and more accessible avenue of getting their food out there. He explained, “What Evan Eriksen is doing with Pie95, what Julio Gonzalez is doing on a food truck, there are so many more options for chefs now that don’t involve being in a kitchen all day and night.” Jay also spoke to this concept of chefs, at their core, being cooks. He says it is a blue collar job, but the further you go the more white collar your clientele. Regular people deserve well prepared food, and that is what is happening with several food trucks, and places like Jax Diner who have masters of their crafts in the kitchen. 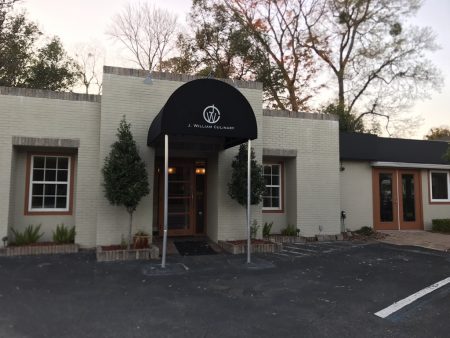 Craft is important to Jay. “You have to be able to roast a chicken perfectly, every time, make a stock, reduce a stock”, says Jay. The artistic side of cooking needs to be explored only after the craft is mastered. That is how you get dishes that taste “the same at 11pm as they did at 5pm.” Artistic food is great, but if it doesn’t also taste good, what is the point? Jay believes craft produces quality food, which then in turn can be a medium for artistic expression. What you will find in the meals J William Culinary produces is the work of a finely honed craftsman.

These days Jay enjoys a work-life balance where he can enjoy both his passion for cooking and his son. He is always up for new experiences and opportunities. He does recipe consulting, and is expanding the limits of what his culinary business can do: catering, special events, healthy beverages, possibly a spice line. The future is bright for Jay William because he’s allowed his passion to guide his path. 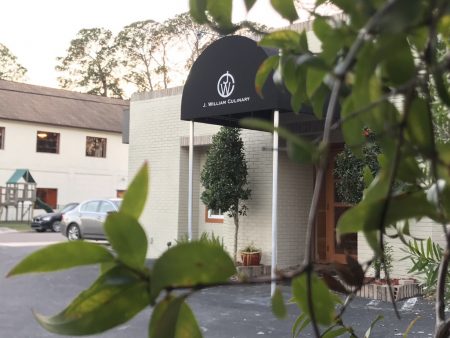 Join us for our Paleo Food Adventure with J. William Culinary on February 25th. Get tickets here.