When we make a visit to do a review most of the time we’ve either been to the restaurant before or we’ve at least poked around online to see what the restaurant is all about. Walking into Poe’s Tavern we had no expectations. We didn’t even know what type of food they served. By the look of the restaurant I would have expected some kind of trendy tapas joint or the kind of place where everything they serve is seasonal. It was clean and looked a lot more upscale than your average tavern environment. The restaurant makes me think of the kind of spot you find in a Carolina beach town. The entire front of the restaurant is open to the outside and gives the place a beachy indoor/outdoor feel that we absolutely loved. When the waitress arrived she explained to us that Poe’s is a gourmet burger spot. The menu is small; offering just burgers served as ground beef, chicken, or steak. Plus they offer salads and fish tacos with a couple appetizers and daily specials available. The coolest thing about Poe’s Tavern is that everything in the restaurant and on the menu is Edgar Allan Poe themed. From the decor on the walls to the names of the burgers every item or aspect of Poe’s relates in some way to one of Edgar Allan Poe’s poems. We think this is an aspect of the restaurant that really makes it fun and sets it apart. If you’re looking to head to Poe’s for one of their gourmet burgers you’ll want to take Atlantic Boulevard toward the beach and you’ll find Poe’s just before you reach the ocean in Atlantic Beach. 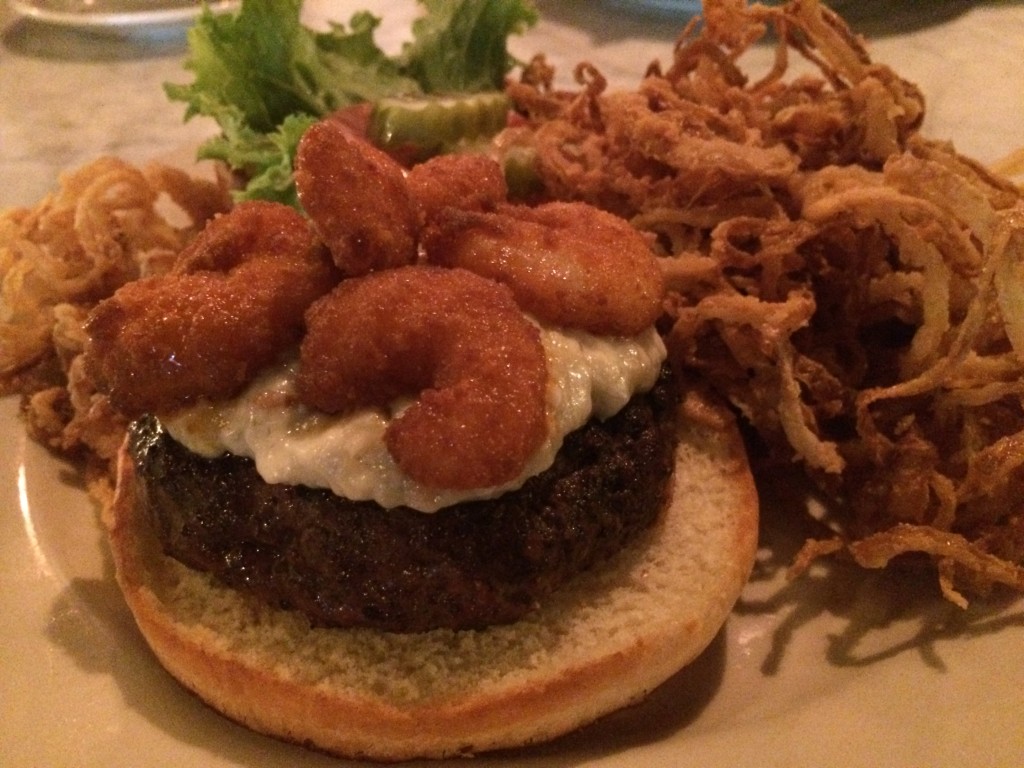 We kicked things off with Edgar’s Nachos- Red and white corn tortilla chips, Edgar’s drunken chili, monterey jack, pico, guacamole, sour cream, jalapeños and scallions. The waitress suggested we add queso on top and we did. That was a good suggestion. We enjoyed the nachos very much. There was a ton of meat on top and lots of jalapeños. There was actually more topping than chips though. This dish would be much better if they gave you 20% more chips. The burger I tried was “The Sleeper”($11.75)- Roasted garlic blue cheese and buffalo shrimp. I’ve never had buffalo shrimp on a burger before. On this one they worked really well. The cheese on this burger was stellar. It had all of the blue cheese flavor without as much of the crinkle your nose sort of taste that blue cheese is sometimes known for having. The burger came with choice of side. I went with the onion strings. The onion strings were nice and crunchy and had a nice balance of fried flavor not overpowering the onion taste. My only complaint was they needed salt. That was easily remedied. I also tried a side of the blue cheese bacon cole slaw. It was pretty good but I’m just not sure cole slaw is meant to be done in weird creative ways. I’m yet to find a creative slaw that I love. Let us know in the comments if you’ve found a cool creative cole slaw in Jax that you love and we’ll go check it out. I ordered my burger medium and it was perfectly medium. There were 3 of us dining. We all ordered burgers. Every burger was cooked perfectly to temperature. The waitress shared with us that burgers at Poe’s can be done bloddy red to well done but still juicy. That’s definitely nice to know before deciding on temperature. For dessert I went with the Key Lime Pie($5.75)- graham cracker crust whipped cream, kiwi-lime and raspberry sauce. It was very good but a little too tart for my taste. Everyone’s different though and if you like tart/sour flavors you may really enjoy it. 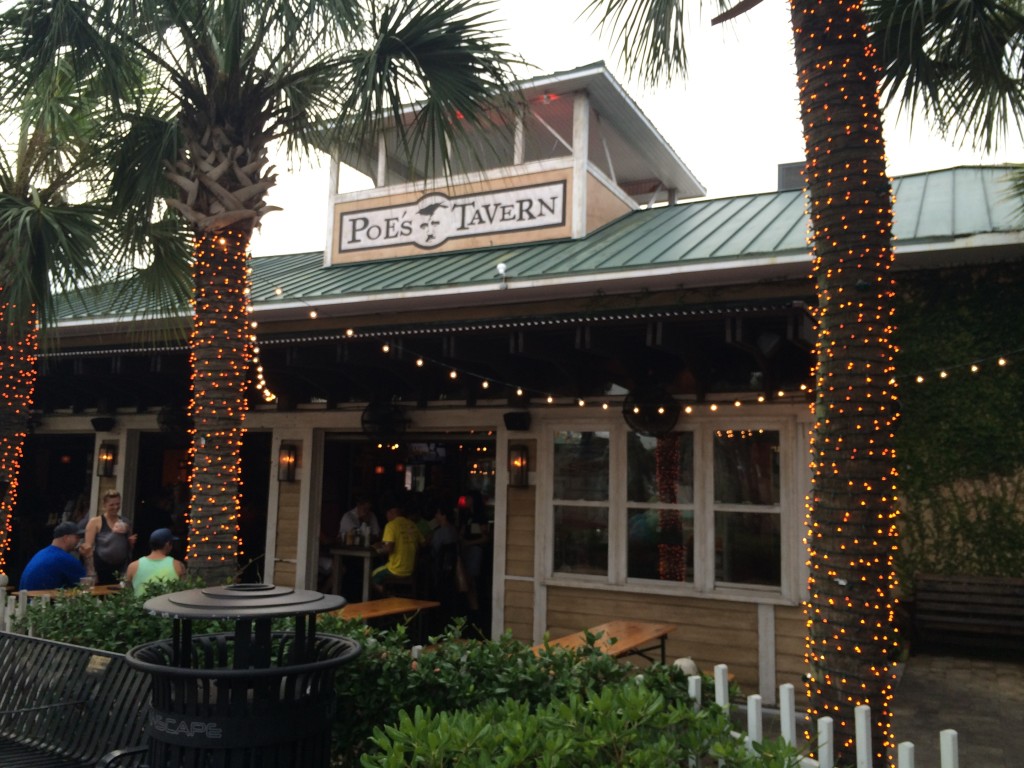 The service at Poe’s was awesome! I’m not sure you could have made our waitress more enthusiastic about the restaurant and their food if you tried. If we asked her how something was no matter what we asked about she said it was awesome and then described in detail why. Normally when a waitress tells you every single thing you ask about is awesome you feel like she’s full of it. This time I actually believed her. 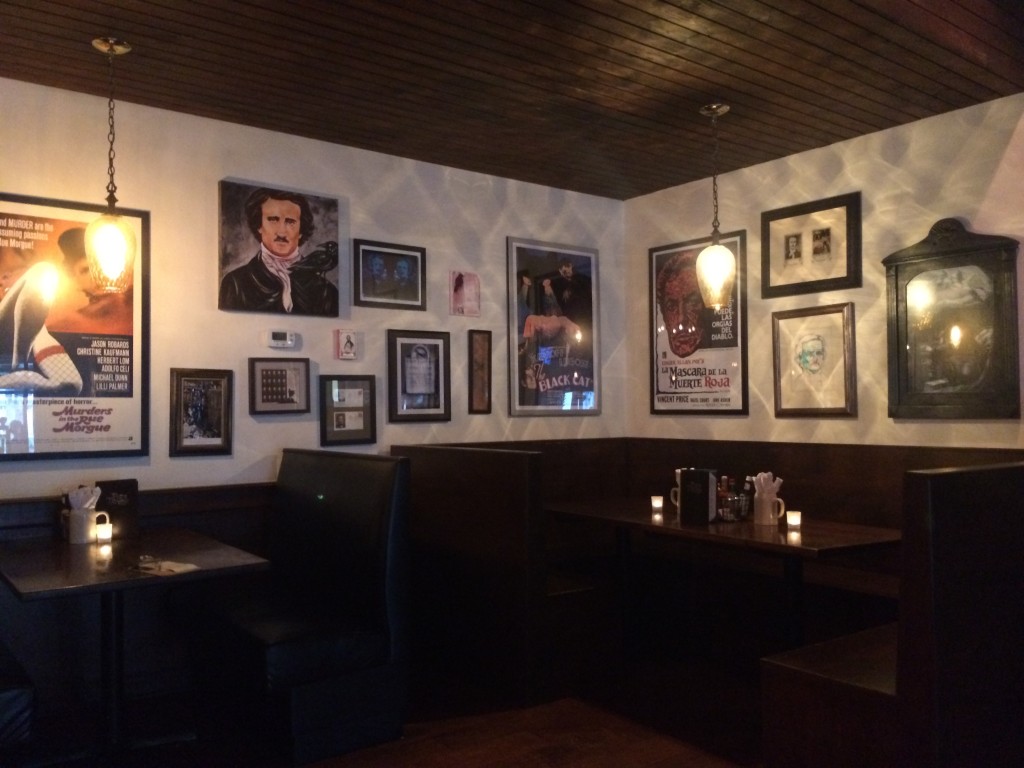 Overall dining at Poe’s Tavern was a very fun experience. Their burgers are really creative and their staff is knowledable and a pleasure to be around. We’ll definitely be back. 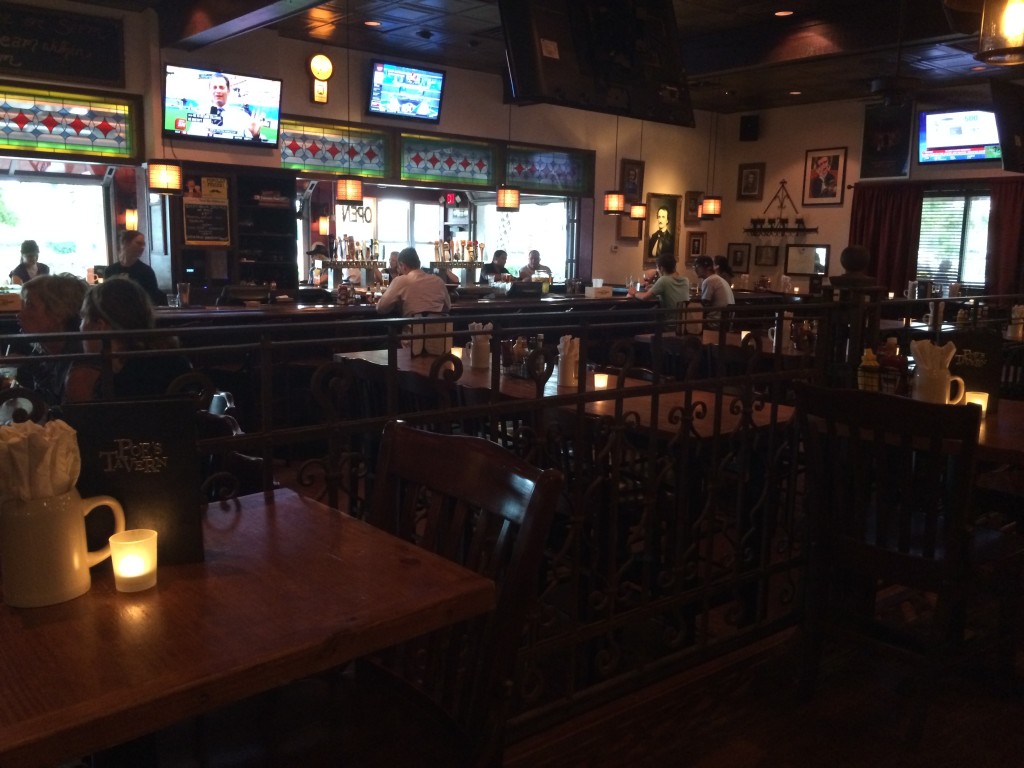 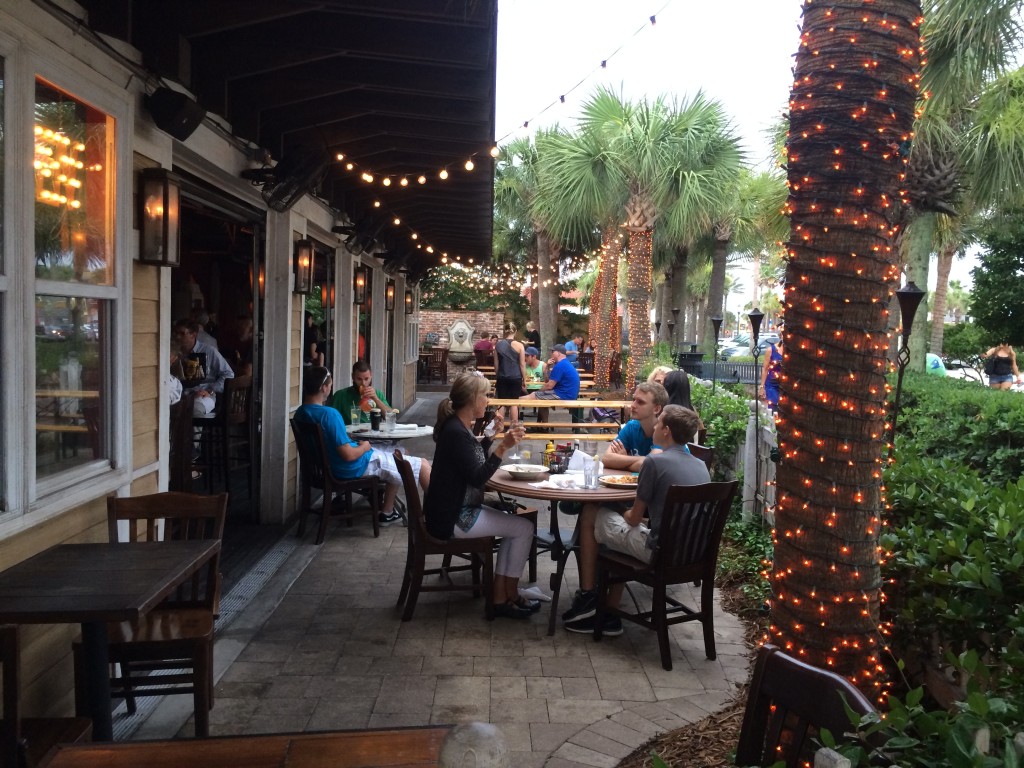