x
Sadly…Nick the Greek is out of business
Nick the Greek has been on my list as a date location with my wife for years. Early in our marriage we ate lots of Greek food as we lived near a large Greek population, so Greek is equally nostalgic for me as well as great food in general.  Nick the Greek used to be a take-out window and some indoor picnic tables. People kept telling me to try it, but it always seemed a little too “rustic” for a night the wife and I were spending away from the kids.  Nick the Greek has a new dining room in the Atlantic Beach area.  The cool part is the dining room is right next to their original location.  Their success and growth is because they pay attention to details.  Nick the Greek is on my short-list of date night locations because of the new dining room.
Address:
1487 Mayport Rd
Atlantic Beach 32233 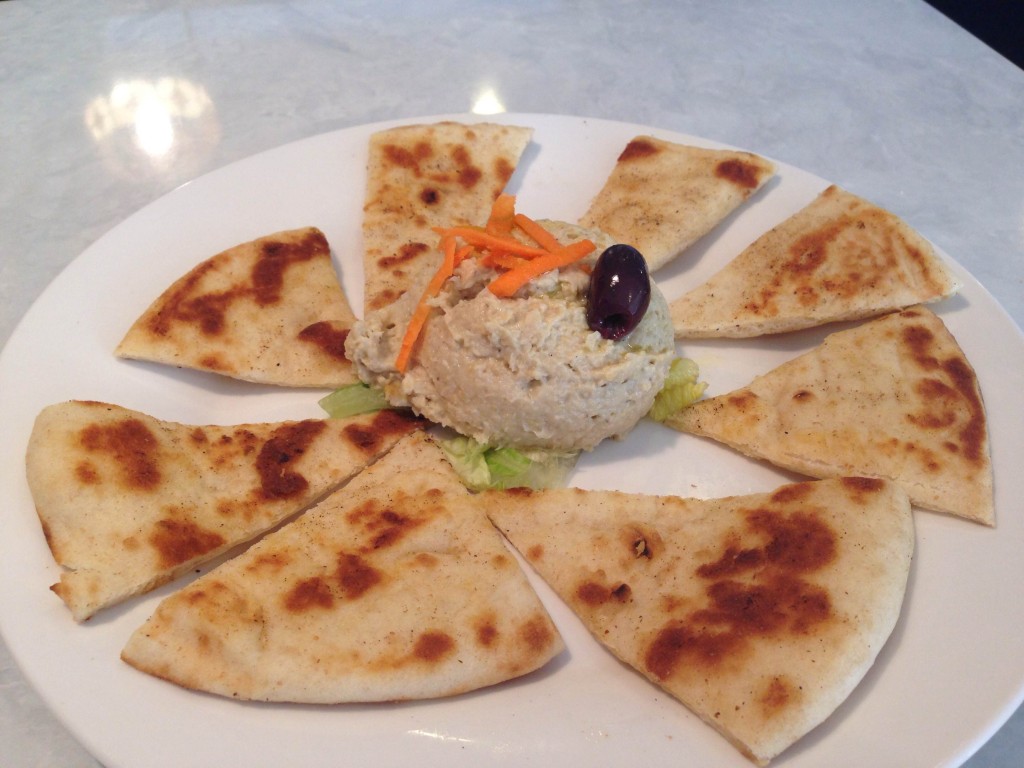 Food: We started with Saganaki ($9.95).  If you’ve never had Saganaki get in the habit of ordering it every time you eat Greek.  It’s simply pan-fried cheese with some Mediterranean seasonings.  Many restaurants will flambé the Saganaki at the table in a huge fireball.  Nick the Greek brings out their Saganaki still in flames and extinguishes it with lemon juice at the table.  Not quite as dramatic, but still extremely flavorful. 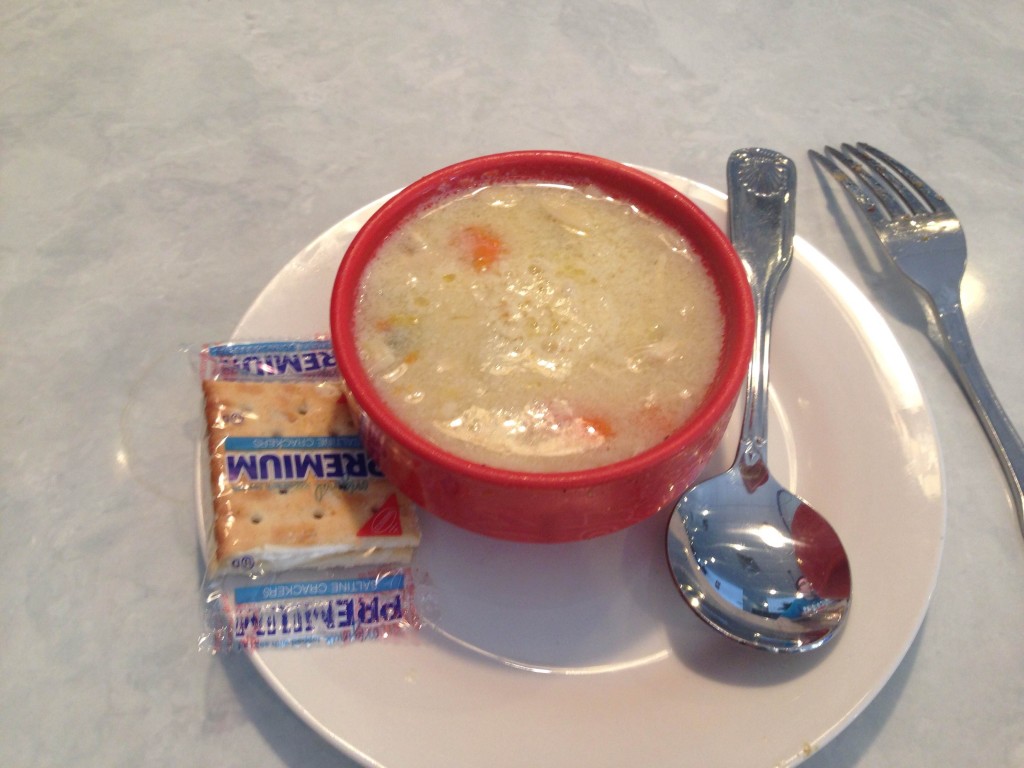 I ordered a Gyro ($6.50) with a side Greek salad ($5.95) as my main course.  The salad was a basic Greek side salad, but of note was the oil and vinegar dressing.  The spices in it are a really nice blend.  I would order an entree salad at Nick the Greek based on the side salad.  Gyros aren’t exactly an exciting Greek food, I get that.  Lots of sandwich shops offer Gyros.  Few sandwich shops offer a Gyro sliced off the Beef/Lamb cone.  The Gyro is served in a pita made at Nick the Greek.  This is the nostalgic portion of the review.  I was taken back 15 years to a real Gyro.  The Tzatziki is obviously made on site (fun fact, I only eat yogurt in tzatziki sauce), and the tomatoes and onions were fresh.  Everything about it was better than you’d get from a “normal” place. 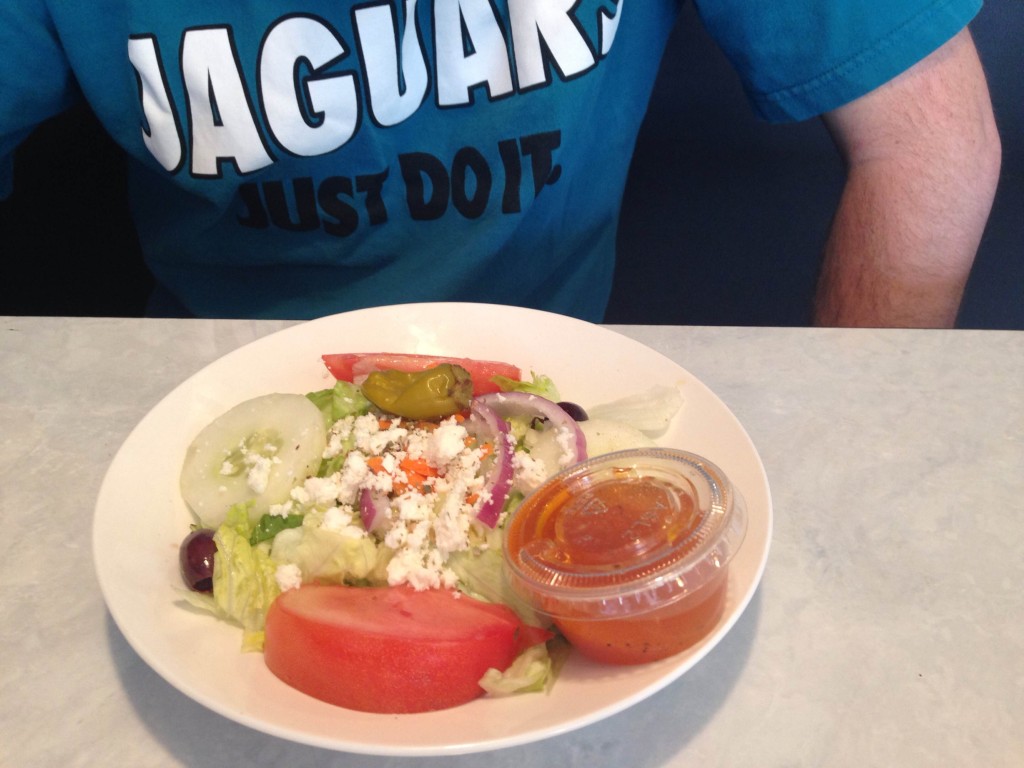 My wife ordered Pastitsio ($12.95).  This comes with soup or salad.  She opted for the lemon chicken salad.  This is a pretty traditional Greek soup.  It wasn’t very exciting but tasted fine.  This actually might be the only complaint on the night.  One piece of Chicken had a big ol’ chunk of skin attached to it.  Nice to know that they cut the chicken for the soup themselves, gross way to find out.  Pastitsio is “Greek Lasagna”.  It is layered ground beef, pasta, cheese, Béchamel sauce with a hint of nutmeg.  Interestingly the waitress came out after we ordered our food to let my wife know that they had just made this so it had not had time to set.  Consequently it would be a bit creamer (or runnier) than usual.  My wife was fine with that and it was a nice touch for both the Chef and waitress to check with us.  It ended up falling in the “comfort food” category.  Filling, rich, and well balanced without feeling heavy even though it was cream and pasta.  With this were veggies and lemon potatoes.  Good Greek lemon potatoes have just a hint of lemon.  These were spot on.  The veggies were steamed cabbage, zucchini, and carrots.  My wife literally said “Why am I enjoying this cabbage so much, I hate cabbage.”  So…pretty strong endorsement.
With our dinner we had an order of Hummus.  This is on the appetizers portion of the menu but I really wanted to try the hummus.  If this is what I was served every time I ordered hummus for the rest of my life I would not complain.  It wasn’t as smooth as some I’ve had but it was clearly home made.  Not too garlicky and really nicely balanced it was fantastic with the house made pita.  I didn’t ask but I’d make a special trip to buy Nick the Greek pitas by the bag. 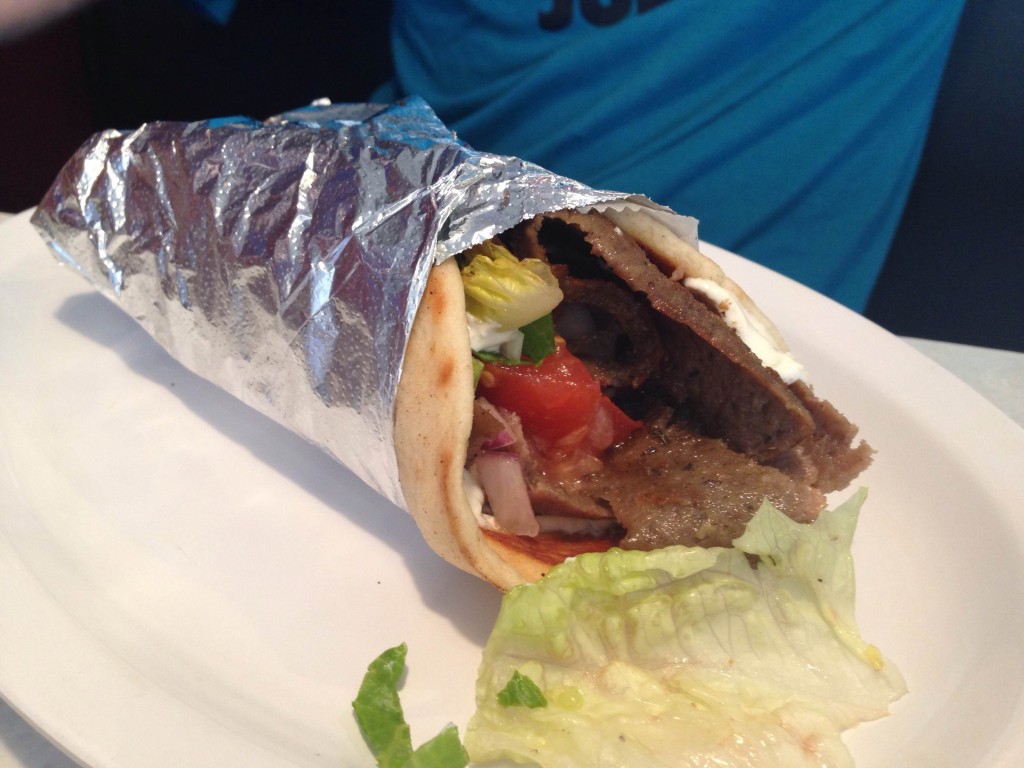 We took some Baklava ($4.55) to go.  After such a good meal it didn’t need to be amazing to solidify my view of Nick the Greek.  I enjoyed it immensely but I had pretty much stopped thinking about comparing it to previous Baklava while I devoured it.  I’m sure I’ll have it again because Nick the Greek is on my short list for familiar food. 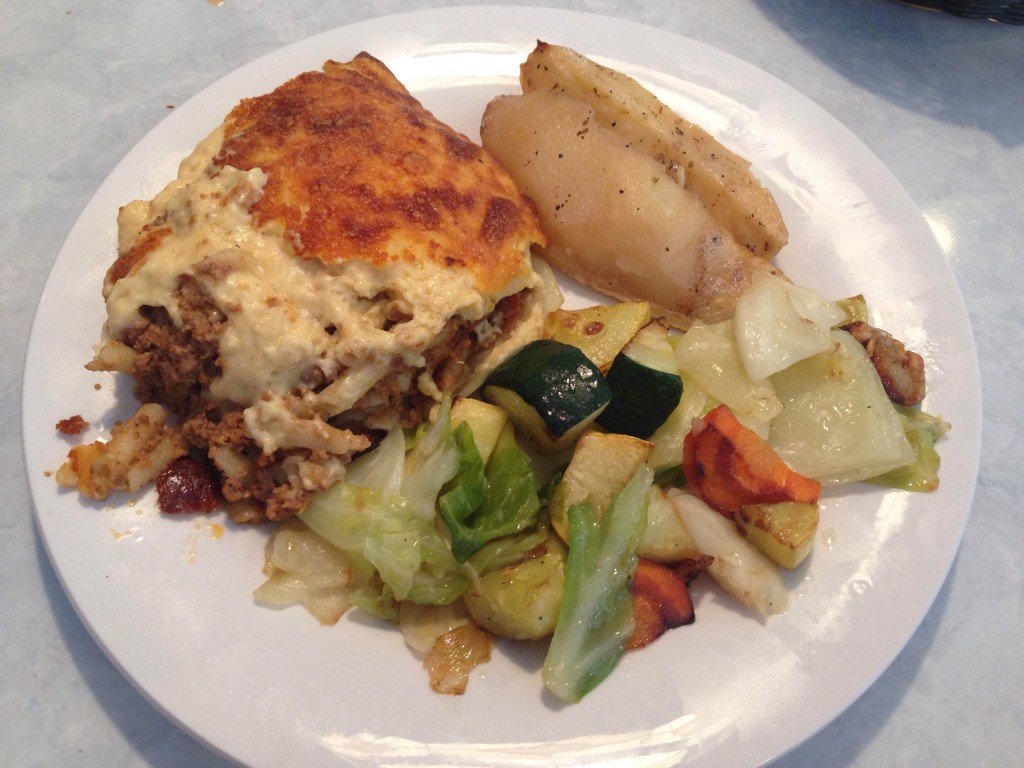 Service: The waitstaff is well trained and takes pride in what they do.  We went early on a Sunday and were probably the first people to kick off the dinner shift.  This concerned me because sometimes waitstaff can be a little slow when they are just hanging out with one or two tables.  My concern was completely unfounded.  Our waitress was attentive but not overbearing.  She answered every question we had and even helped us pick out some wine.  If you’re a wine drinker, the wine menu is mostly Greek wines so you’ll certainly appreciate the option to taste.  While we were there several more tables filled up.  I overheard one table say it was the first time there and another say they’d never had Greek before.  The waitstaff took time with both these tables and recommended some Greek staples to familiarize themselves with.  In addition a few folks came in to order take out and the waitstaff gave them just as much attention and focus.  Many restaurants in town could take a cue from Nick the Greek in the service department. 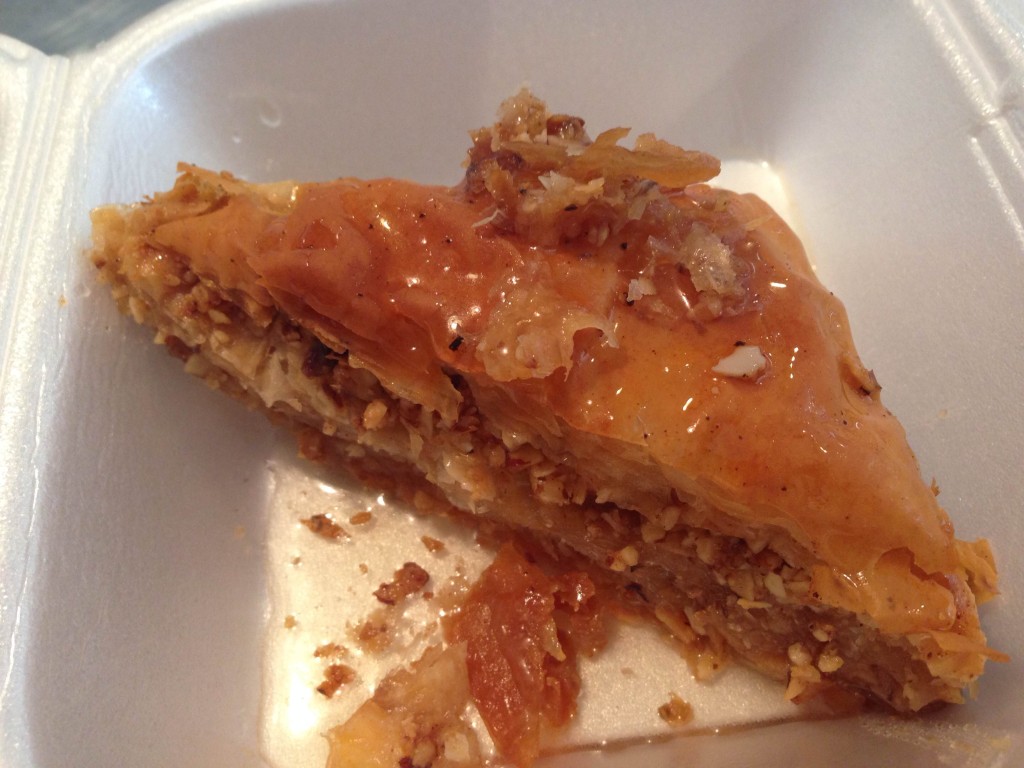 Footnote: You may remember Nick the Greek from the TU article about proprietor Nick Koutroumanos being cited by the city to remove his Greek flags.  Without turning this into a political discussion we’re glad Nick is part of the great Duval community and thrilled he picked Atlantic Beach to setup shop and cook.