If there’s one thing we have a lot of in Jax it’s barbeque joints.  I thought I’d heard of most but this week I passed by one I hadn’t heard of on San Juan named Willard’s BBQ Junction and I decided to stop in and give it a try.  I walked through the door and was excited to see a Cheerwine sign.  A cherry soda born in North Carolina, Cheerwine is the perfect soda to accompany BBQ.  It’s tough to find outside of North Carolina.  At that point we knew we were in for Carolina style BBQ. 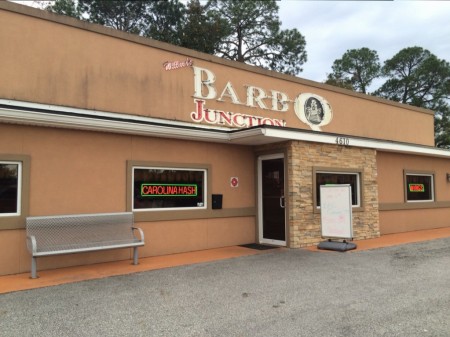 We went with the $12.89 BBQ Combo which includes beef, pork, and ribs comes with two “dinner pals” and garlic bread.  Dinner pals are sides.  Dinner pals ranged from mac n cheese to fried corn on the cob to French fries to cole slaw to BBQ Beans.  The garlic bread was perfection.  It was nice and crispy, slathered in butter and had a nice crunch with each bite.  Willard’s has 4 sauces on offer which include, spicy, sweet, mustard and vinegar.  The mustard sauce is extremely mustardy and tart.  You’ve gotta love mustard to enjoy this one.  If you’re not an “I put mustard on every sandwich” person you probably won’t be a fan.  The spicy has just enough spice to get your attention.  The vinegar was pretty straightforward.  The sweet was very thick and very sweet.  None of the sauces will blow you away.  If you’re the type that judges a BBQ place by its sauces you might be disappointed. 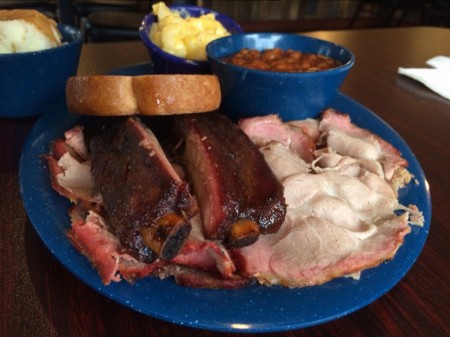 The first meat we dug into was the ribs.  The ribs were so tender the meat almost fell off the bone with each bite.  They had no truly pronounced flavor or smokey taste though so you’ll definitely want to cover them in sauce.  Unlike many of Jacksonville’s BBQ spots, Willard’s serves their meat sliced rather than chopped.  The sliced pork was incredibly tender and moist.  While it doesn’t have a very pronounced flavor, if you slap on a bit of vinegar or mustard BBQ sauce it’s really enjoyable.  The sliced beef unfortunately was really dry.  It wasn’t inedible but it certainly wasn’t enjoyable either.  The BBQ beans were very sweet.  I have the ultimate sweet tooth and they were a touch too sweet even for my taste.  The mashed potatoes and gravy were well done and not lumpy.  We’re picky about mashed potatoes and we left a fan of these.  They had the right amount of butter in the mix and the gravy was pretty good.  The mac n cheese was outstanding.  It was creamy and cheesy with huge noodles.  Simple and delicious.  If you’re a mac n cheese connoisseur like myself you’ll love it! 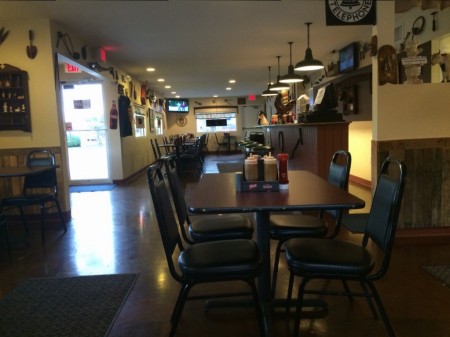 When we stopped in we were the only people in the restaurant.  The waitress was friendly and checked on us non-stop.  She kept the drinks refilled and did virtually everything you could ask of a waitress.  Solid service in my book.  All in all Willard’s BBQ Junction is not a half bad spot to stop in and grab some quick and affordable BBQ.  If you like super mustardy BBQ sauce and North Carolina Style BBQ in general you’ll be right at home.  Will it blow you away?  I doubt it.  Is it reasonable BBQ at a good price?  Definitely. 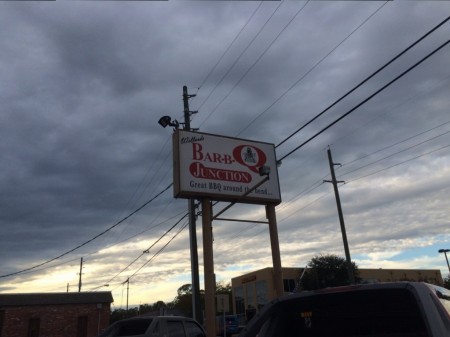