If there is anything better than fresh dumplings filled with meats and veggies, I don’t know what it is. Season’s Dumplings recently opened in Mandarin on Old St. Augustine Road and they are creating some real experiences for your mouth.

Season’s Dumplings is a quick service style restaurant with sleek furnishings and a streamlined feel. When we walked up to the counter and picked up menus we were met with a huge variety of items to choose from: an assortment of appetizers, baked buns, noodles, soups, rice dishes, and of course dumplings. 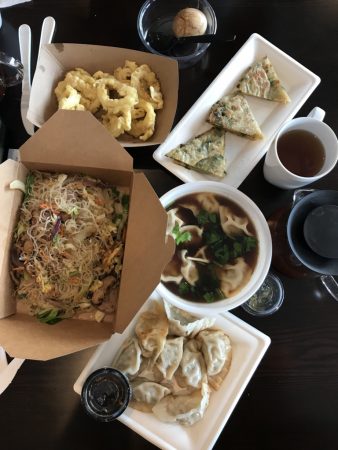 There were ten or more items crossed out on the laminated menus, which was a bit disappointing. It appeared that these things were permanently off the menu, and honestly ten is a lot when we’re talking about taking a sharpie to a pile of menus. When the menu is what people see before they even get a glimpse of food, it’s maybe not the best practice to keep old menus with tons of items that are no longer available. Also, there are now soup dumplings available at Season’s, but we did not see them on the menu. There is a sign behind the counter stating that they are available, but we didn’t notice the sign until the end of our meal. It turns out they are on the menu under a different name.

In talking with one of the owners, it seems they’re trying different items and editing the menu as they go. They mentioned a couple of specials they want to try in a few weeks and if it goes well, they’ll add it to the menu. If they wanted to take the approach of changing up the menu every so often, I probably would’ve gone against laminating the menus I already have. But as long as we’re talking about taking a Sharpie to ⅓ of the menu, the online menu should be changed as well. But Seasons is new and maybe still trying to find what works and what doesn’t, so we’ll put a pin in menu issues.

We had the opportunity to dine with friends, i.e. order a little bit of everything at Season’s Dumplings. We had the Tea-Flavored Marbled Egg ($0.95), Chinese Scallion Crepes (2 per order, $4.00), Five Spiced Fried Squid ($5.75), Taiwanese Stir-Fried Rice Noodle (Pork and Veggie, $8.95), Pan Fried Pork Napa Dumplings (8 per order, $7.50), and Dumpling Soup with Braised Beef Soup Broth and Pork Napa Dumplings ($8.95). 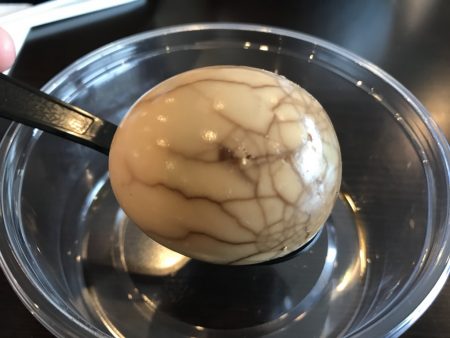 We started with the Tea Flavored Marbled Egg, which is more or less a fancy hard boiled egg with a neat pattern on the white once peeled. It comes with the shell on and it’s up to you to peel it to reveal a marbled pattern. It does have more flavor than your basic boiled egg due to the combination of spices in the broth it is cooked in, but you have to like boiled eggs to begin with to appreciate this highly visual food.

The Chinese scallion crepes and the five spiced fried squid were the two appetizers we started with, along with the marbled egg. The crepes were savory and delicious, cut into wedges. The five spiced squid was similar to your typical fried calamari app, but with a nice tempura batter. 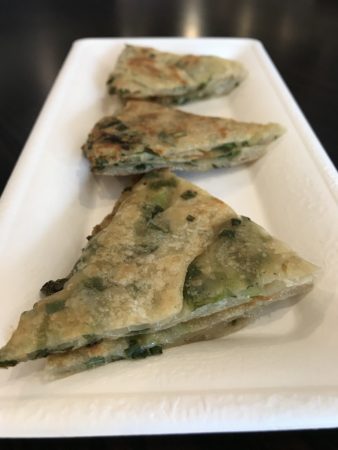 The Taiwanese stir-fried rice noodles had a subtle tang that accompanied the crunch of the veggies and the chewiness of the noodles. Rice noodles are often overlooked by American diners of Asian foods, but they have a great texture that is completely different from the more popular egg noodles used in lo mein style dishes. If you automatically go for egg noodles because they are familiar, opt for rice noodles and see how the more subtle flavor allows the other flavors in the dish to speak. 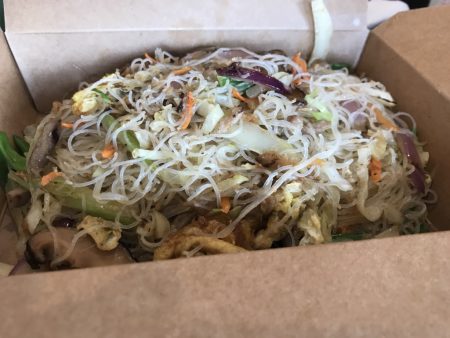 The pan fried dumplings and the dumpling soup were essentially two different methods for enjoying dumplings. The pan fried version was more familiar, and these pork napa pillows did not disappoint. However, the dumpling soup was the star of the meal. The broth was packed with flavor, so much so I wasn’t sure what to make of it at first. It had a bit of a hoisin quality where there was sweetness along with a variety of spices. Then I added the pickled mustard greens and it absolutely sang. For me the pickled mustard greens made it all come together. For one of my dining partners it was perfect without the pickled mustard greens. So there is no wrong way to enjoy the dumpling soup. There are also other options besides the braised beef broth- you can choose hot and sour, clear beef broth, or shredded pork broth. I would definitely recommend choosing a dumpling soup to try when you go to Season’s. 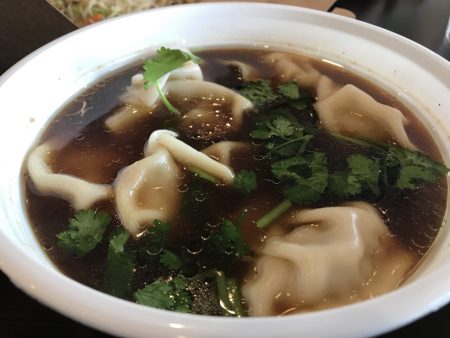 Next door to Season’s Dumplings is an attached bakery and coffee shop. All the buns are available to order with your meal at Season’s Dumplings, or you can pop over and take some to go after you eat. This isn’t a typical western bakery, it is full of Asian style buns and breads, most of which are not at the elevated sweetness level of American baked goods. The flaky pastries are rich and delicious, some of which are stuffed with raisins. There are perfectly square loaves (technically rectangular prisms) of white bread called milk bread. These loaves take days to create with multiple proofs and lots of kneading for a smooth, dense loaf of delicious bread. Season’s Bakery bakes everything from scratch everyday, only making enough pastries for each day so you can have the freshest of the fresh breads and buns. 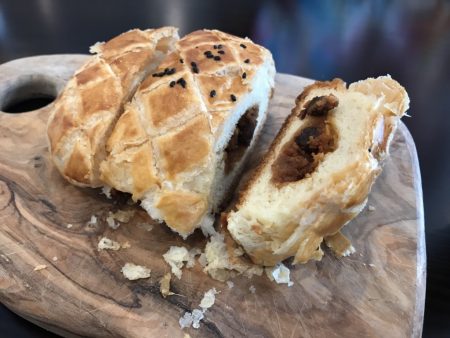 There is a lot to choose from at Season’s Dumplings and Season’s Bakery and you really can’t go wrong no matter what you choose. It is a newer eatery with some kinks being worked out, but the quick service style, nice open space, and delicious food will have me going back again and again. 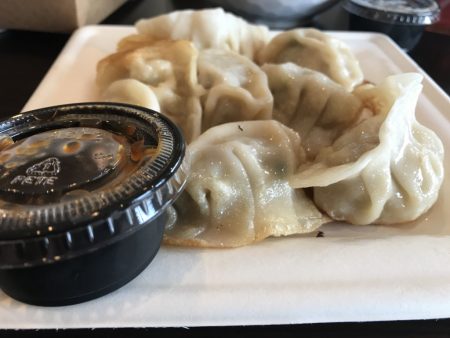 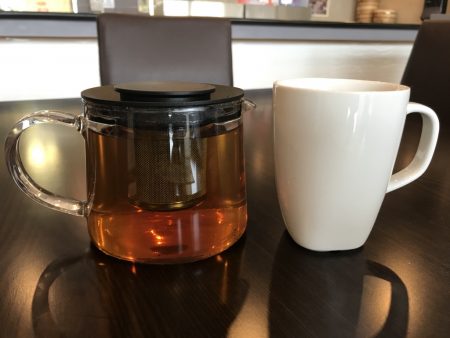