My father-in-law is a lifelong Jacksonvillian.  He grew up here, built his business here, and his family is all here.  He is a walking trivia book, equally full of useful and useless knowledge.  I on the other hand, have been in Jax my entire adult life, about 15 years.  I know many of the finer points of Jacksonville history, but I don’t have the benefit of having seen the city grow and change firsthand, decade after decade.  Often when we talk about a restaurant that has been around for awhile, my father-in-law can give some tidbits on the restaurant’s history.  Like when he used to order ribs from Jenkins for Florida-Georgia and Superbowl parties and the folks at Jenkins would make him pay half in advance in case he never came to get his ribs so they wouldn’t lose money on food they wouldn’t sell.  He never missed a pickup. 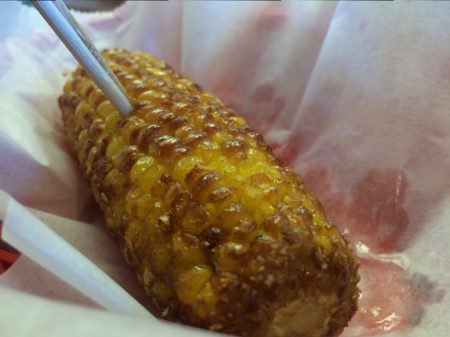 As an Arlington resident, I drive by Cotten’s BBQ on Rogero Road at least once a week.  We have mentioned stopping in a million times and we finally did.  My father-in-law came too, and told us what he knew about Cotten’s.  He hadn’t been in years.  Cotten’s BBQ opened their first location decades ago downtown off Main Street, a locally owned part of the landscape.  At some point they opened a second location in Arlington, which is the one we visited.  They make all their own sauces and are known for their mustard sauces – both mild and hot.  They have brisket on the menu, but brisket is not traditional southern BBQ fare.  Pork is the quintessential southern BBQ meat – both ribs and pulled pork.  Years ago you wouldn’t see much brisket in BBQ restaurants around Jax.  Brisket is the BBQ meat of the west – Texas and the like.  But brisket has made its way here over the years and become a pillar of BBQ.  It is in nearly every BBQ restaurant in town now.  To that we say, “YUM.” 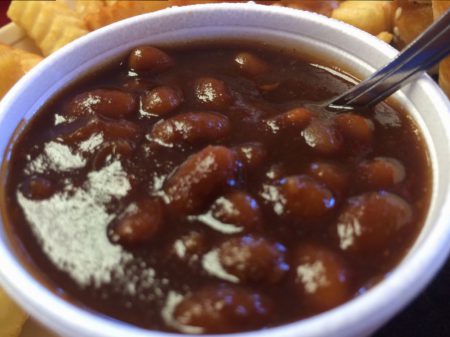 Cotten’s BBQ has a dining room for guests and a walk up window for to go orders.  Patrons kept the walk up window busy during our visit.  Cotten’s has a basic, straightforward BBQ menu without any of the extras that add hoopla to a BBQ menu.  No sausage, no sweet potato casserole, green beans, or corn salad, just the basics.  We tried ribs, pulled pork, brisket, and turkey, with BBQ beans, fried corn on the cob, and garlic toast.  First the good news.  The meats were better than expected.  They were smoky and tender and juicy.  Even the turkey.  It was the best BBQ sliced turkey I have had.  Really!  (Who orders turkey at a BBQ joint?  The same person who wishes there were green beans and corn salad on the menu, that’s who.) 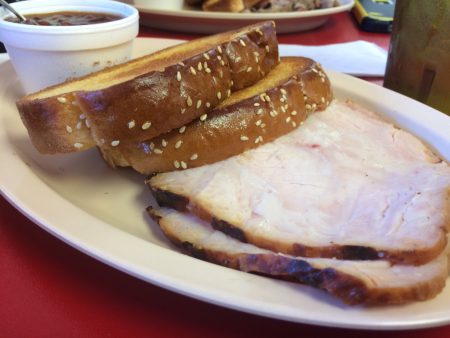 The ribs were fall off the bone tender and juicy.  The pork practically melted in your mouth.  The sauces were good.  The mustard sauces were well balanced and had a mild vinegar flavor.  They were thinner than your typical mustard sauce but still perfect on the chopped pork.  The hot was not very hot, which might be good or bad depending on your spice preference.  The sides were okay, but nothing to write home about.  The BBQ beans were in a thick, heavy sauce.  My cup of BBQ beans was half sauce, half beans, leaving me wishing for more beans.  The fried corn on the cob was basic, nothing inspired.  The garlic toast was quite good.  It is made fresh for each order, not sitting in a warming tray getting stale.  Brownie points for fresh garlic toast. 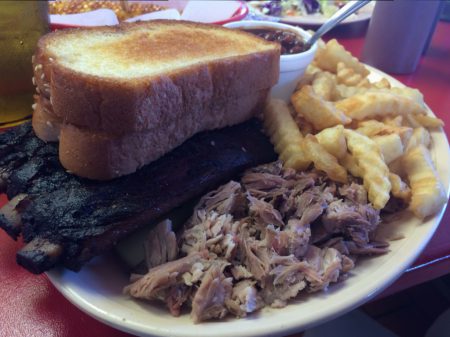 Overall the experience at Cotten’s BBQ is ubiquitous of Jacksonville.  The service is warm and on top of things.  The meats are pretty good.  The sauces are unique but just right.  The sides are not exciting.  Would we go back?  Absolutely.  But next time, we’d probably use that walk up window and whip up some corn salad at home. 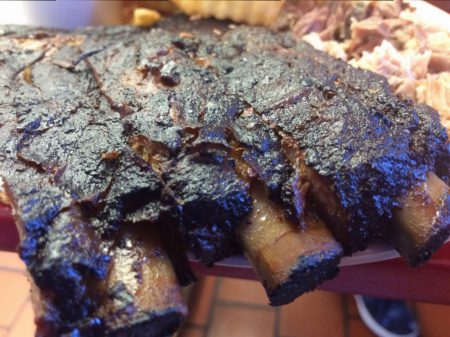